In the Studio of Maurizio Mochetti 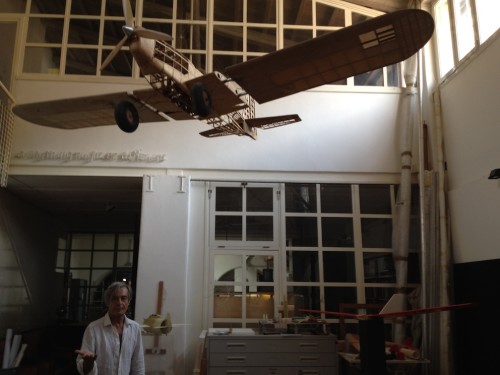 The design, the aeroplane, the automobile, the piercing (Fontana Fontana, 1987, comes to mind), the indentation, the laser light, the geometry, the mechanics, astrology and physics, electricity and electronics, the space and the wall, the artificial and the natural, the civilization of machines, the arrow, the camouflage, the air, the imprint and shadow of things, suspension, speed and the restrained race called life. Around these fortunate cores and an idea of art as idea («perfectible is defined as overcoming technological boundaries and the resulting creation of works that are increasingly closer to the idea»)[1], like the anxiety over the infinite, like a gaze that leans beyond reality and matter, Maurizio Mochetti (b. Rome, 1940) has constructed a silent landscape over the years that feeds upon essences, counter-space and heterotopias. 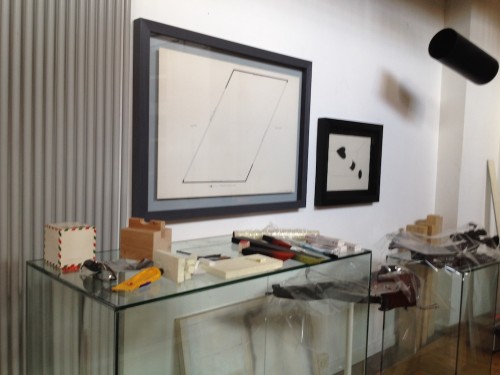 Since his first solo exhibition, organised at Galleria La Salita (1968), where he exhibited 10 progetti e due realizzazioni [10 projects and two creations] to express a mental analysis of the visual experience and steer the path of an aesthetic skill placed as a procedure aimed at establishing a hands-on experience with the physicality of light – Sfera trasparente con proiezioni di luce [Transparent sphere with light projection,1962] and Lama di luce [A Blade of light, 1967] «a diaphragm that divides space in two – like a wall», placing emphasis on this strategy – to transform and expand temporal-spatiality. The artist warns: «Works of art have no dimensions because space is the gauge of knowledge».[2]

Mochetti won the Pascali Award in Polignano a Mare and the sculpture award at the 6th Paris Biennale right after his first solo exhibit presented by Marisa Vescovo in 1969. It was also during this period that the artist puts light upon his draft of the work as a space for meditation, primum movens, on creation; a luminous path through which to express (externalize) the idea, the concept, the analytical consideration, the urgency to conceive art and to think contextually of art.[3] 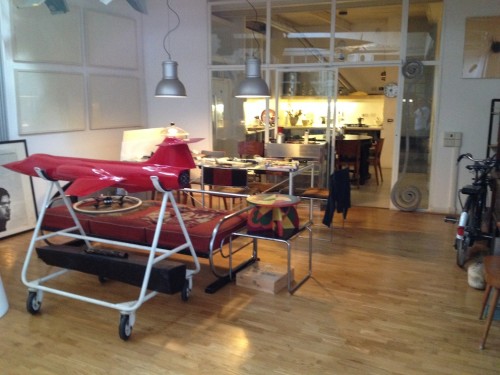 Not long after that, alongside a series of exemplary exhibitions – one of the many, Vitalità del negativo nell’arte italiana [The Vitality of the negative in Italian art] 1960/1970 curated by Achille Bonito Oliva and a participation in the 1970 Venice Biennale (he would also show in the 1978, 1982, 1986, 1988 and 1997 editions as well) – Mochetti designed an aesthetic trajectory which invited spectators to wedge themselves «in a direction of a thought locked within (that does not lead to anyplace)» [4] (Vescovo). In fact, his is an attitude which – on the one hand – shows a «cybernetic inclination»  that «seems to identify itself with artistic control» [5] (Trini), it also shreds the cliché in order to elegantly appropriate unexplored territories and to «work on the infinite» [6], to peel off time and space, to create expressive methods in which indoors and outdoors, open and closed coincide to the point of identifying locus with logos.

His studio in Rome (on via delle Mantellate) which we are showing through a series of photographs taken on 18 July 2014 is now presented as a place filled with constructions, like a total project and like a place in which the artist’s mind is turned outwards to demonstrate unique and precious procedures.