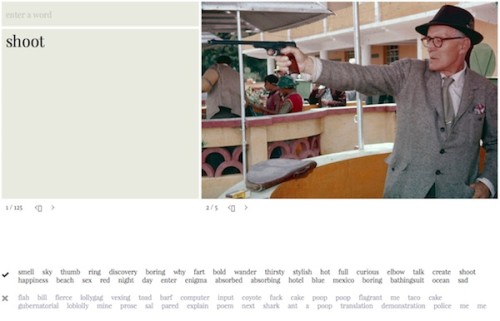 Il 12 giugno, 2014 il DIA Art Center for the Arts lancia il nuovo progetto per le commissioni web, questa volta affidato a Iñaki Bonillas. On June 12, 2014 the DIA Art Foundation launches its latest project for the online commissions, this time assigned to Iñaki Bonillas. The young Cuban photographer Iñaki Bonillas, who has chosen to share with the world the work of her grandfather (also a photographer) who had accumulated in his lifetime an extraordinary archive of over 3800 photographs. Bonillas decided to digitalize this treasure and began to manoeuvre, observe and come into contact with the many subjects, the variability of formats and materials and the testimony of a past that is recent and yet, as we all know,  apparently prehistoric. Words sprung up from the photographs, creating a connection on another level between the two different periods and generations, between public and private, tangible and virtual. The artist’s project gradually took shape and was later entitled Words and Photos in virtue of that which photographs have the power of evoking, and bringing to the minds of each and every one of us – free from boundaries and logical connections, a kind of metaphoric mirror.

The colossal work behind Words and photos – presented on the Dia virtual platform on 12 June 2014 – took years to create and began in 2003. Now, by simply accessing the website, users can type in a title or choose from a list. A different image will appear every time for each of the 3800 photographs taken by Plaza, thanks to his granddaughter’s effort. It was through her dedication and thanks to the web that we are offered new opportunities to explore an artistic project using all possible and subjective mental associations. 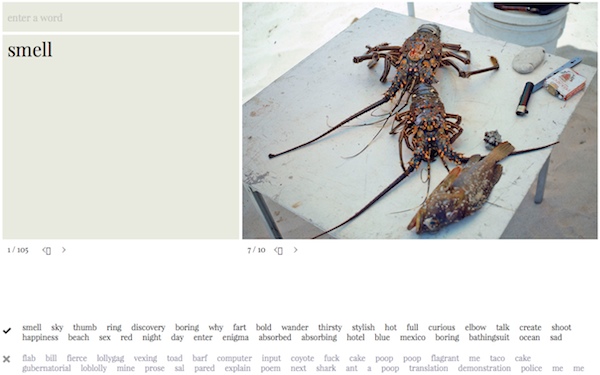 Twenty-five years ago, New York had the privilege of hosting the first home of a great institution in the world of contemporary art: a main priority and request of Philippa de Menil and Heiner Friedrich christened with the name Dia Center for the Arts. The name is not an acronym but a translation of the ancient Greek διά, meaning «by» or «through». It is a kind of thought oriented both towards the greatness of the past and projects for the future of the same magnitude. This term holds the very essence of the foundation, the mission with which it had been inaugurated and through which “branches” have been opened throughout the United States and beyond, thanks to possibilities offered by the virtual dimension. In fact, the Dia Center for the Arts was created as an opportunity for contemporary artists  to create (physically and conceptually) grandiose projects which might otherwise be impossible to position within museum walls. One example of this is the renowned work by Walter De Maria entitled The Lightening Field (1977), physically translated into a long-term installation of 400 stainless steel poles positioned in a vast area of the desert in New Mexico. Since it is an innovative stage created specifically to support the needs and demands of contemporary artists, it comes as no surprise that the Dia Center opened its own website (www.diaart.org) in 1995 and is the first foundation to have encouraged artists to use the web as a medium, exploring its aesthetic and conceptual potential. Many artists, including those who do not generally use the virtual platform to express their art, have accepted this invitation and their web projects are now available for viewing at the foundation’s website.