by Ilaria Tamburro
in exhibitions 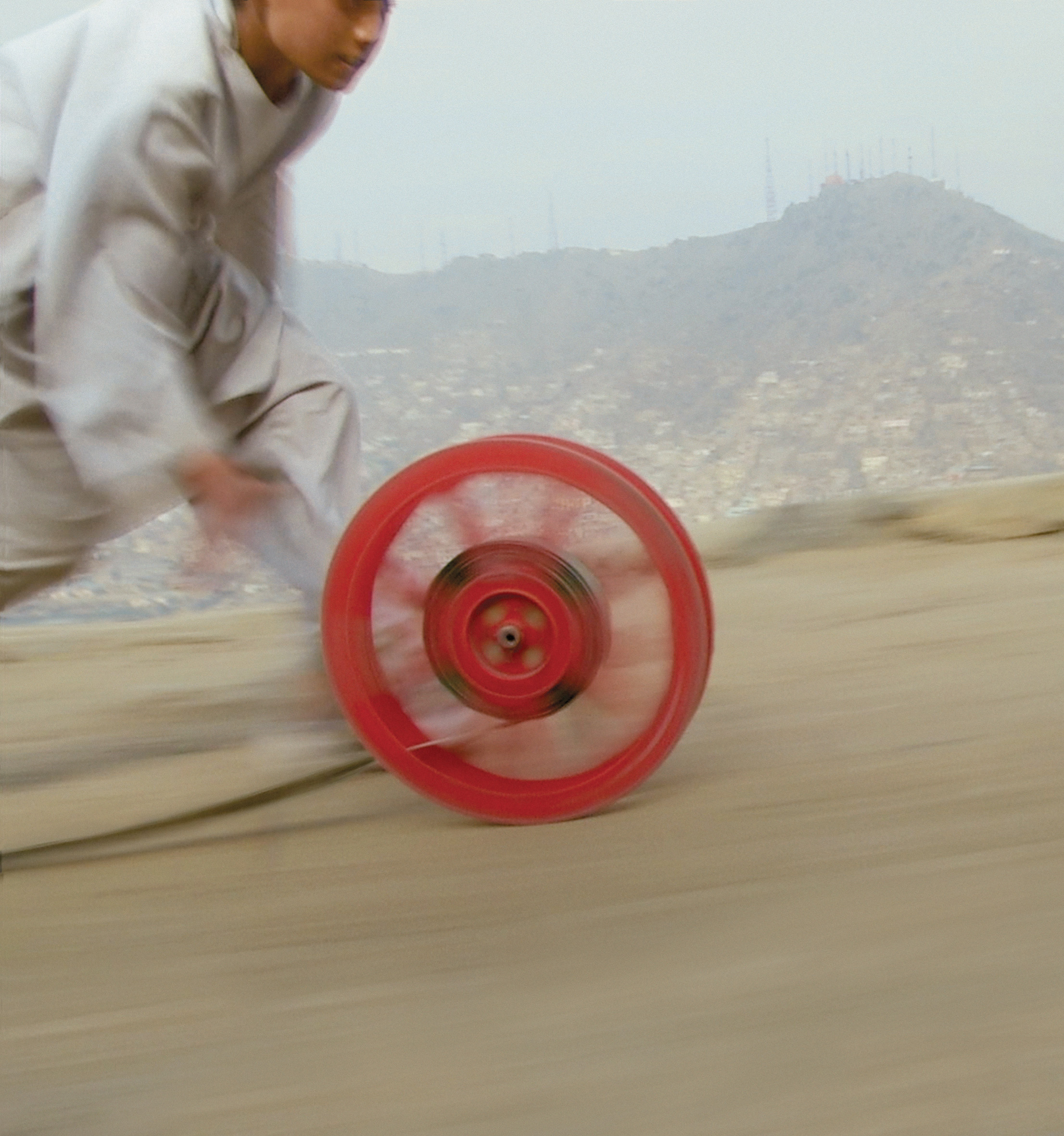 The artistic practice of Francis Alÿs (b. 1959 Antwerp, Belgium) is marked by the constant exchange between poetry and politics, as clearly stated in the subtitle of the 2004 video The Green Line – «Sometimes doing something poetic can become political and sometimes doing something political can become poetic» which closes and also opens the large and absolutely «palindromic» retrospective exhibit that the Madre Museum in Naples in dedicating to him. This exhibition is presented in co-production with Warsaw’s Centre for Contemporary Art Ujazdowski Castle and curated by Andrea Viliani and Eugenio Viola. 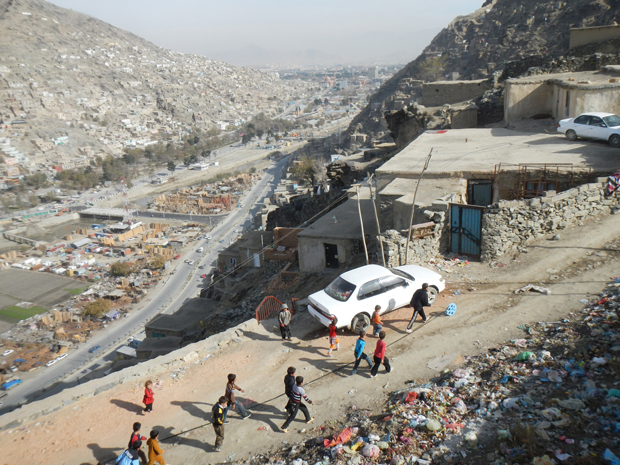 Alÿs deconstructs the medium, crushing its conventional function in order to provide space for new idiomatic systems, allowing him to cross over into the surreal: painting, sculpture, photography and videos are the basics for an architecture of the absurd which sees a combination of reality and illusion. Many of the works by this Belgian artist originate from performance elements that are only seemingly inconclusive such as the 1997 work Sometimes Making Something Leads to Nothing in which he personally pushes an ice cube through the streets of Mexico City for nine hours until it is completely melted. An aesthetic gesture which calls to mind Allan Kaprow’s happenings such as Kaprow’s Drag (1984) or Fluids (1967), for example. An inverse and poetically destructive sculptural operation that places emphasis upon the futile efforts of a country like Mexico that, notwithstanding  appearances, has not yet completed the process of modernization and social development to which it aspires.

Exploring urgent issues and marginalization contexts like a modern-day flâneur, the artist crosses through frontier areas, cultural and territorial boundaries: in the aforementioned work The Green Line, he walked for two days along the Israel border as dictated by the 1948 conflict, marking it with a long, green line drawn with the paint  dripping from the can he carried with him during his promenade. 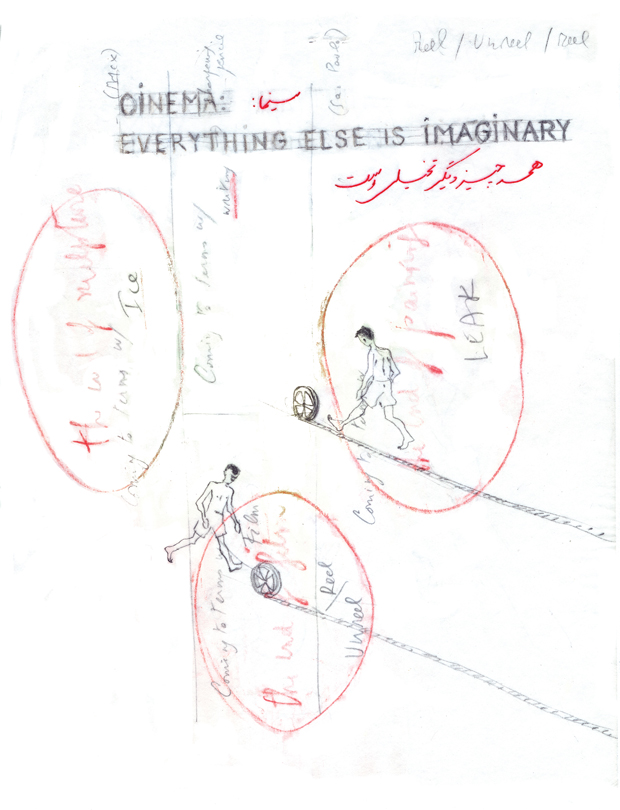 The technique of physically and mentally crossing over made it possible for Alÿs to become thoroughly familiar with the reality in which he moves, to study and decipher the human and urban panorama «to transfer social tension into a narration that, it turn, transforms the imaginary landscape into a place», in the words of the artist himself. There is a dynamic sense of a transient state and incompletion in his works; his works are open systems just ambiguous enough to give the audience countless interpretations since a precise communications is never totally possible.

The lack of communication, the difficult access to full awareness of the complex situation, like the one in Afghanistan, is the theme of the central work on display in Naples: REEL-UNREEL created in 2011 for dOCUMENTA (13). This film reveals the artist’s ability to look within the folds of a reality which is too often falls prey of the unreliable coverage from the West – where violence and the dehumanization of the country reign supreme. The subjects of the videos are several Afghan children playing in the hills of Kabul as they roll two circles with the use of a wooden stick. The circles are reels of film that are constantly being reeled and unreeled, marking and defining (albeit temporarily) these areas. Thus, a spatial re-semanticization to cancel the cultural stereotypes offered by the media and Guy Debord’s prophetic «Society of the Spectacle». The artist barely touches upon an amnesia of violence to focus attention on the present and the need to travel the world with an objective eye. In this way, by using a game as his filter, we can explore those areas scarred by war, the true protagonists of the video, and perceive a different awareness of this «alien» universe.

Inspired by the Taliban’s destruction of thousands of film reels in the square across from the Afghan Film Archives, this work is a reflection upon the oppression of the Regime and, more generally, upon the boundaries of freedom of thought and knowledge afflicting many Western societies  (under false pretences). 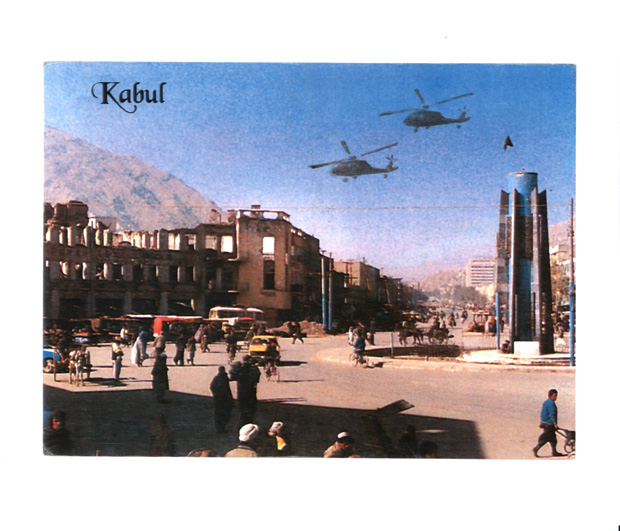 The ambivalence of Francis Alÿs’ research is revealed immediately in the title of the main work. Reel-Unreel reminds us of the assonance of two other English words: Real – Unreal, stressing the way we can slide through reality and imaginary. This trait is present in the work and all the others derived from it.  There are large tables on display on the second floor of the museum presenting the creative process of the work: sketches, drawings, projects and collages that accompany the spectator into the artist’s thought process. Small canvases hang on the walls, the Color Bar Paintings, with their bright vertical rectangles in primary colours that call to mind the coloured bars used in television production to indicate the interruption of audio and visual signals, especially on analogical devices. Actually, these colours conceal most of the paintings reproducing the details of the Afghan landscape, perfectly simulating the interruption of the transmission of a «message», the obvious lack of communication between Kabul, the artist and the rest of the world. Among these small paintings, there are single-coloured canvases where the symbolic colours of military uniforms and apparently innocuous post cards are decontextualized. Military weapons and helicopters appear in a collage of real and surreal images that seem to want to demonstrate to what extent the war has become simply a part of the view. 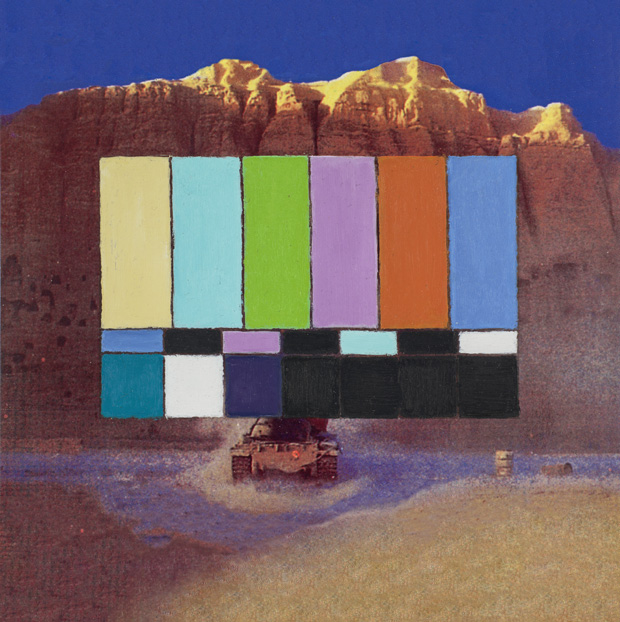 This work by Alÿs is a political one that also conceals a more subtle reflection upon the function of art, on just how much it can become an instrument of the fracture of dominant thought. In fact, the artist leaves no specific interpretation of individual responsibility. He offers a critical testimonial that triggers a free process of individual reflection.