The Taiwan Pavilion in the Palazzo delle Prigioni hosts the solo exhibition by Shu Lea Cheang (b. 1954) for the 58th Venice Biennale. The exhibition is called 3x3x6 and is curated by the philosopher and writer Paul B. Preciado. For this project, promoted by the Taipei Fine Arts Museum, the Taiwanese artist, who is among the pioneers of Net Art, confronts what Bauman describes as the “sixth power”. In other words, in liquid modernity, the logic of control revolves around the paradox in which it is, in fact, the “surveilled” themselves who supply the access and tools to the “surveillants” through the sharing of data, status, images and preferences. 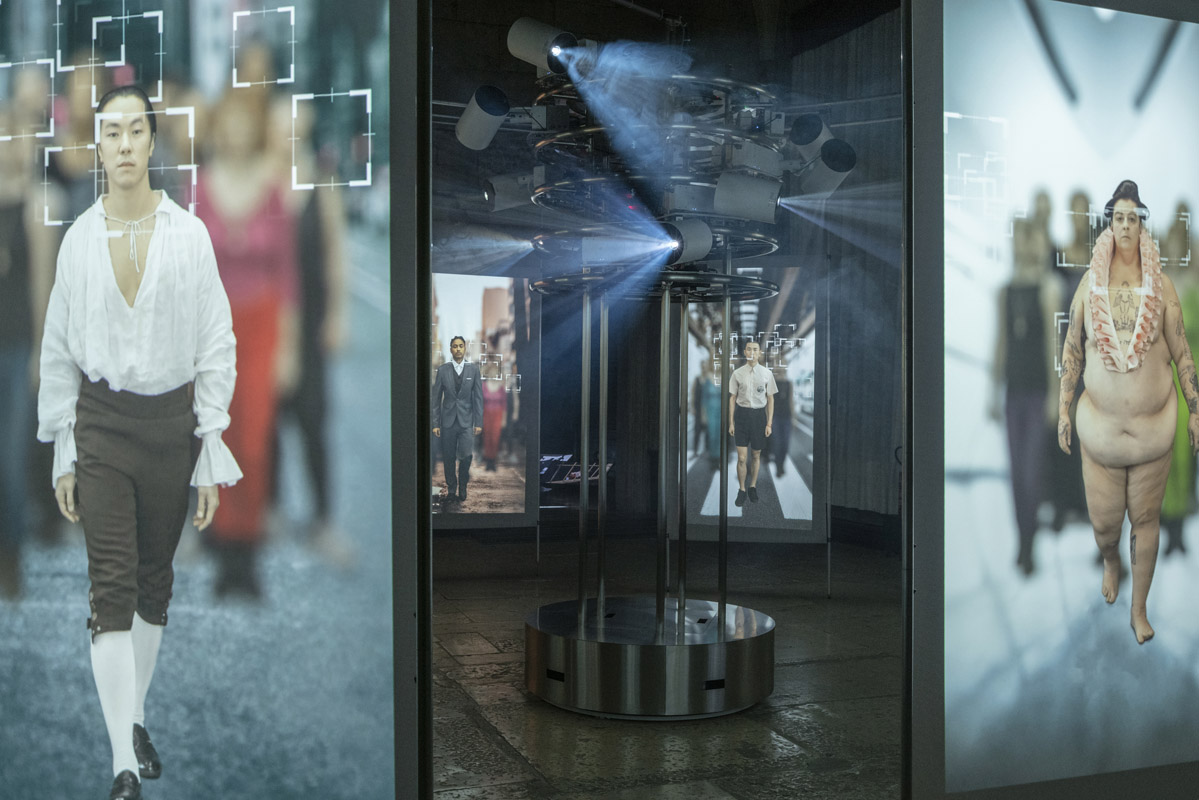 3x3x6 is a site specific project in which multimedia installations are split between available rooms while the building’s history becomes the theoretical basis for the entire artistic work. Shu Lea Cheang recovers the old purpose of this seventeenth century building and the stories of some of the people who were actually imprisoned there – first and foremost Giacomo Casanova – with a total of ten stories from both past and present, assembled from fact and fiction. These stories focus on men and women who were imprisoned because they were considered non-conforming by the society of the time. The artist imagines her exhibition as a Panopticon, which was theorised in 1791 by the philosopher and jurist Jeremy Bentham as an inspection house, an ideal architectural model for a prison whose purpose of re-educating the prisoner was ensured by the knowledge of being constantly observed, without ever knowing the location of the prison guard. 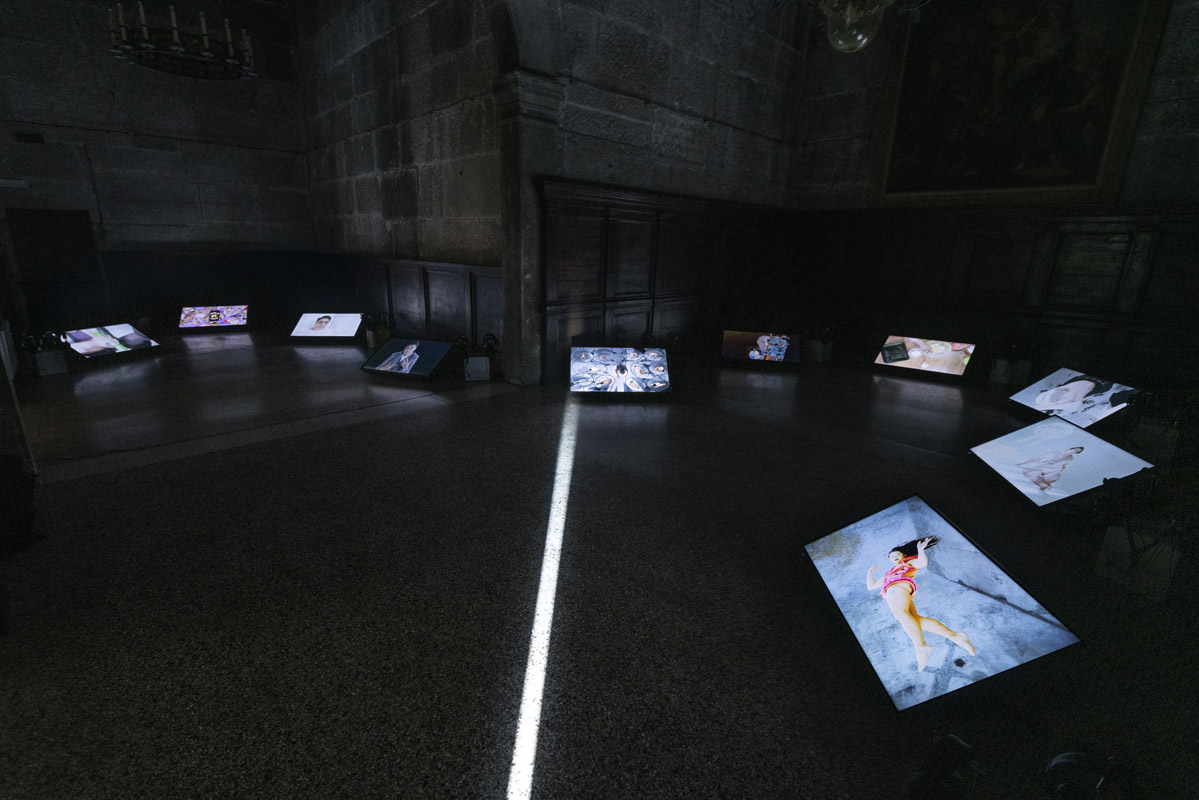 The Panopticon proposed by Shu Lea Cheang, on the other hand, turns the concept on its head because it is the visitors themselves, and not the prisoners, who are controlled – based on artificial intelligence, facial recognition, interface and internet posts. The artist has developed a high tech installation, whose participatory element is deliberately concealed to emphasise the danger that lurks behind the regimentation of control, often hidden by the political power of the day as a security model for the collectivity.

Shu Lea Cheang’s project goes beyond this and connects technology, history and criticism to reflect on the loss of the right to privacy through various topics of great interest to both the artist and the curator, including racial, gender and sexual discrimination. Starting from the narratives and opportunities offered by multimedia technology, the artist explores how the infinite flux of data coming from the internet and its use is managed and can influence our choices, identities and preferences.

In the exhibition 3x3x6, ten characters are presented in the main hall of the Palazzo delle Prigioni through a multi-channel circular installation. Each is played by a performer who translates their stories – similar to those of Casanova, Foucault and the Marquis De Sade – into contemporary characters belonging to the queer, cyborg, transgender and gender fluid world. From this hall, which is visually connected with the Panopticon control tower, visitors access side rooms, each presenting videos, testimonies and transliterations of the ten prisoners. 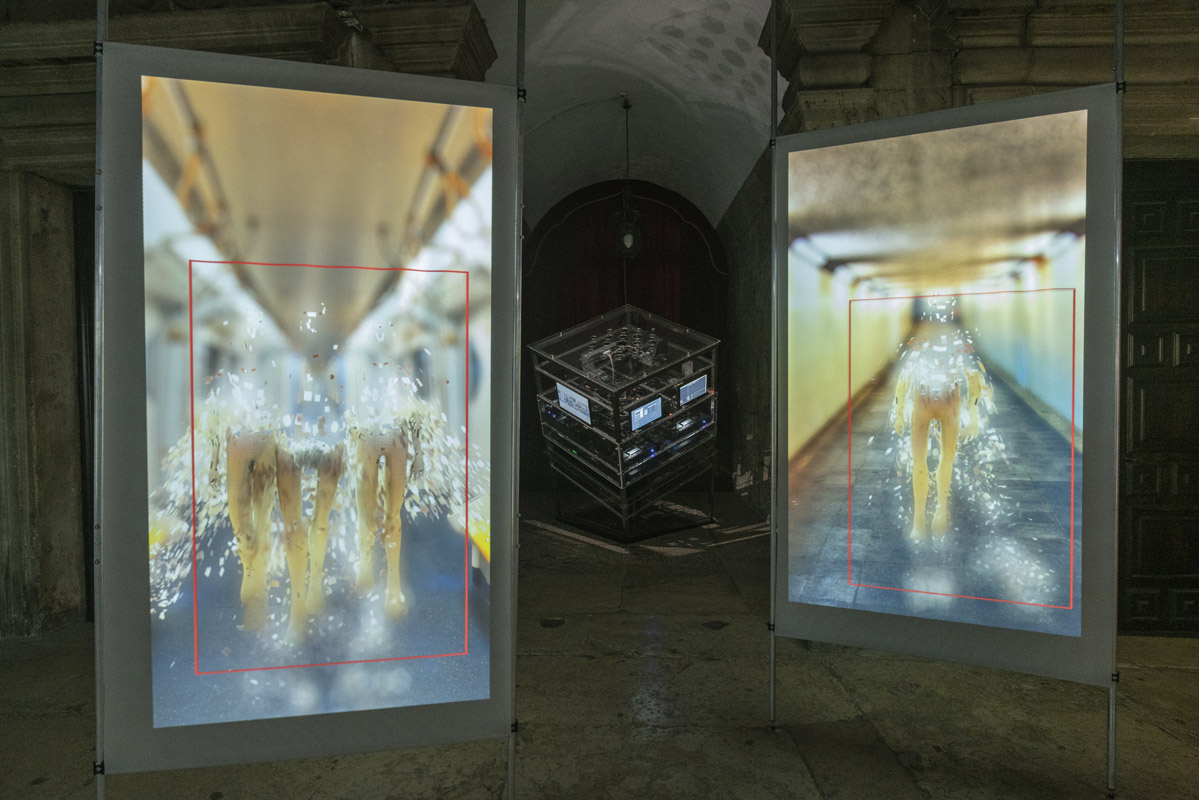 The final room is the “buttons’ room”, inspired by the control room of Hugh Hefner’s Playboy Mansion in which, on a steel and glass totem placed diagonally on the floor, computers, devices, calculators and cables reveal the artificial brain which observes, controls and manages everything through the interpretation and combination of algorithms.

Shu Lea Cheang’s work is the outcome of sophisticated research which offers multilayered interpretations: from gender and racial discrimination to the controversial power inherent in video-surveillance technology; from the analysis of past stories connected to contemporary events to the troubling and sensual desire that is generated by the knowledge of being watched.

3x3x6 explores modern control procedures which are transferred from the 9 square meters of the ideal prison cell (from which the title originates) to the advanced technologies that manage the flow of data and the resulting conformism to standard categories of the mass of humanity.

The Racing Will Continue, The Dancing Will Stay