Arshake is pleased to publish, in two appointments, the interview by Kisito Assangni to Kantuta Quirós & Aliocha Imhoff, part of his research on “curating as a phenomenological history of everyday life”.

At this very moment in history, as well as raising some epistemological questions about redefining what is essential, this revelatory interview series attempts to bring together different critical approaches regarding international knowledge transfer, transcultural and transdisciplinary curatorial discourse. 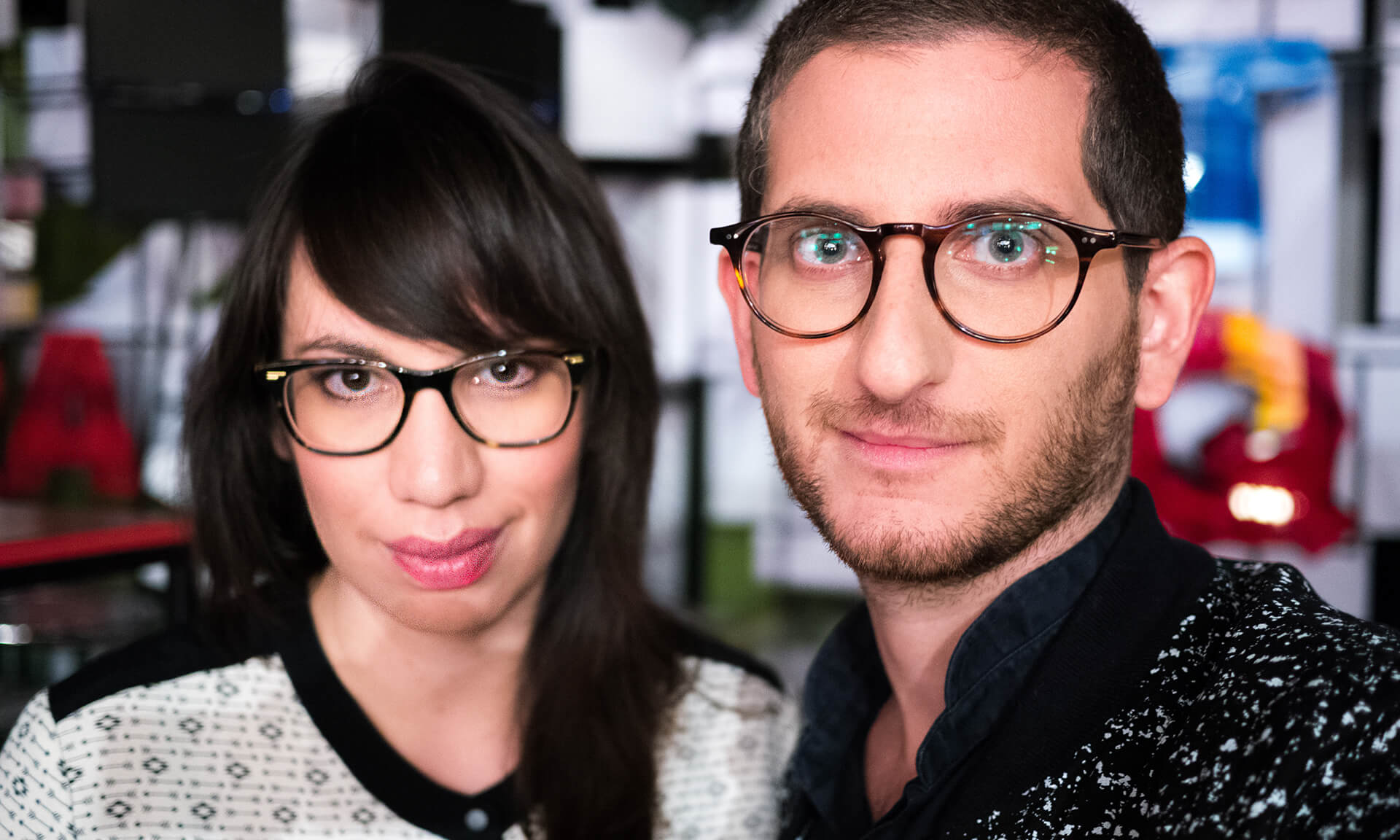 Kantuta Quirós & Aliocha Imhoff: Over the past fifteen years or so, considering the space of art and curatorial practice as a privileged site for the production of knowledge has become, in turn, a refrain repeated until we are blue in the face, as much as a powerful paradigm at the heart of artistic and curatorial practices and art theory. What some have called a “discursive turning point” has seen forms unfold where artistic projects, theoretical research, forms of knowledge, pedagogy and display are mixed to the point of indistinction, through the work of artists and curatorial platforms. More particularly, the disciplines of the humanities have become major resources of artistic production itself and have become, with this shift, grounds for art, identifying themselves with extradisciplinary research, renewing scientific methodologies outside the “proper place” of disciplinary fields. Art is then seen less as a discipline than as a site where “intellectual technologies” are invented, through new frames and new techniques of writing and description capable of leading a critical reflection on the unthought and blind spots of the human and social sciences, philosophy and politics. This extradisciplinarity should be considered, even more so, as a way of considering art as a transversal agent and singular site of intervention. For those who will have defended this possible extradisciplinarity, this transversal agent can be seen, moreover, as the site of a certain resistance to the formal reduction of the “university language” and against this “knowledge factory”, as the art theorist Gerald Raunig called it, which the university institution would have become in the context of the new knowledge economies.

Research-oriented art, in its eminently critical dimension of the relations of production of knowledge-power, would therefore be seen as a certain space of freedom, outside of the injunctions of the scientific milieu (methodologies of vigor, academic writing, and as far as the hard sciences are concerned: competition between research laboratories, private financing that would bend the modalities of research, etc.). ), thus coming closer to this epistemological disobedience theorized by decolonial studies or, even earlier, to the epistemological anarchism called for by Paul Feyerabend in 1975, which was constituted against all disciplinary logic.

The very conditions of the production of knowledge would thus be caught, more broadly, between a certain liberal utilitarianism on the one hand and, on the other, quite the contrary, the maximum enlargement of its possible sites of enunciation. Indeed, the question of what does or does not produce knowledge has been largely put in crisis by the university itself. Following, among other examples, the historian Christian Jacob, who in 2007 published the important series of works entitled “Places of Knowledge”, we are witnessing a maximum expansion of the sites from which knowledge is produced, from work, struggles, forms of community, etc., to the sites of knowledge production. What could still be described as “vernacular knowledge” or “artisanal” forms of knowledge production has gradually been profoundly put in crisis by feminist knowledge and post-colonial studies, but also, more anciently, by workers’ knowledge, for example.

The turning point in the search for curatorial practice has thus become the place from which this gap is expressed. On the one hand, it postulates the space of art as Autonomous Zones of Research, as a form of Parrhesia, a notion taken up by Michel Foucault – this space where it would be possible to say everything without institutional constraints and frameworks -, as a site for action-research that the university cruelly lacks, as a space for the display and circulation of local, vernacular, situated, indigenous knowledge, in its most direct expression.

Thus, following the realization of numerous projects (symposia, exhibitions, workshops, etc.) that we have carried out over the last few years within the curatorial structure, the reflexive challenge of the curatorial gesture as a staging and production site for knowledge has become central to our practice. While it is often admitted that the exhibition of research is first and foremost a restitution of research in the visual field in a narrative and spatial form, the curatorial turn ‘research-based’ engages more broadly in a reflection on the forms of knowledge and specific skills developed over the history of curating. Indeed, if curatorial studies are often limited to the study of exhibitions, one can consider more broadly and, following Paul O’Neill, among others, discursive practices (colloquia, forums, discussion platforms, workshops, temporary schools, etc.) as equally relevant to curating, going beyond the historical medium of curating and the sole functions of hanging and scenography of works of art. In the same way, it would be necessary to re-evaluate as such fictional forms of curating such as the imaginary museum, still revisited for example by Georges Didi-Huberman, or the forms of museum-fiction and mock institutions conceived by artists as curatorial gestures.

So what is curating? A temporary definition that goes beyond the simple staging of works of art could be, at the very least, a linking of practices and discourses, producing cognitive cartographies. It seems, in fact, that what we call curating – whose practices cross between scientific authority (according to the historical filiation of the museum curator) and auctoriality (according to the paradigm of the curator as author), sometimes playing on this double status – is above all a matter of operations of connection, spatialization, editing, arrangement, translation, which we could qualify as practices of the interstice.

Research, for its part – it is necessary to recall this – is a process. With Bruno Latour, let us recall here that “if science is the domain of certainty, research is that of uncertainty. If science is supposed to be cold, straight and detached, research is hot, committed and risky”. Thus, we will consider the rapprochement between commissioning and research not as a form of cold restitution of previously established knowledge, but rather as a warm process of knowledge production. 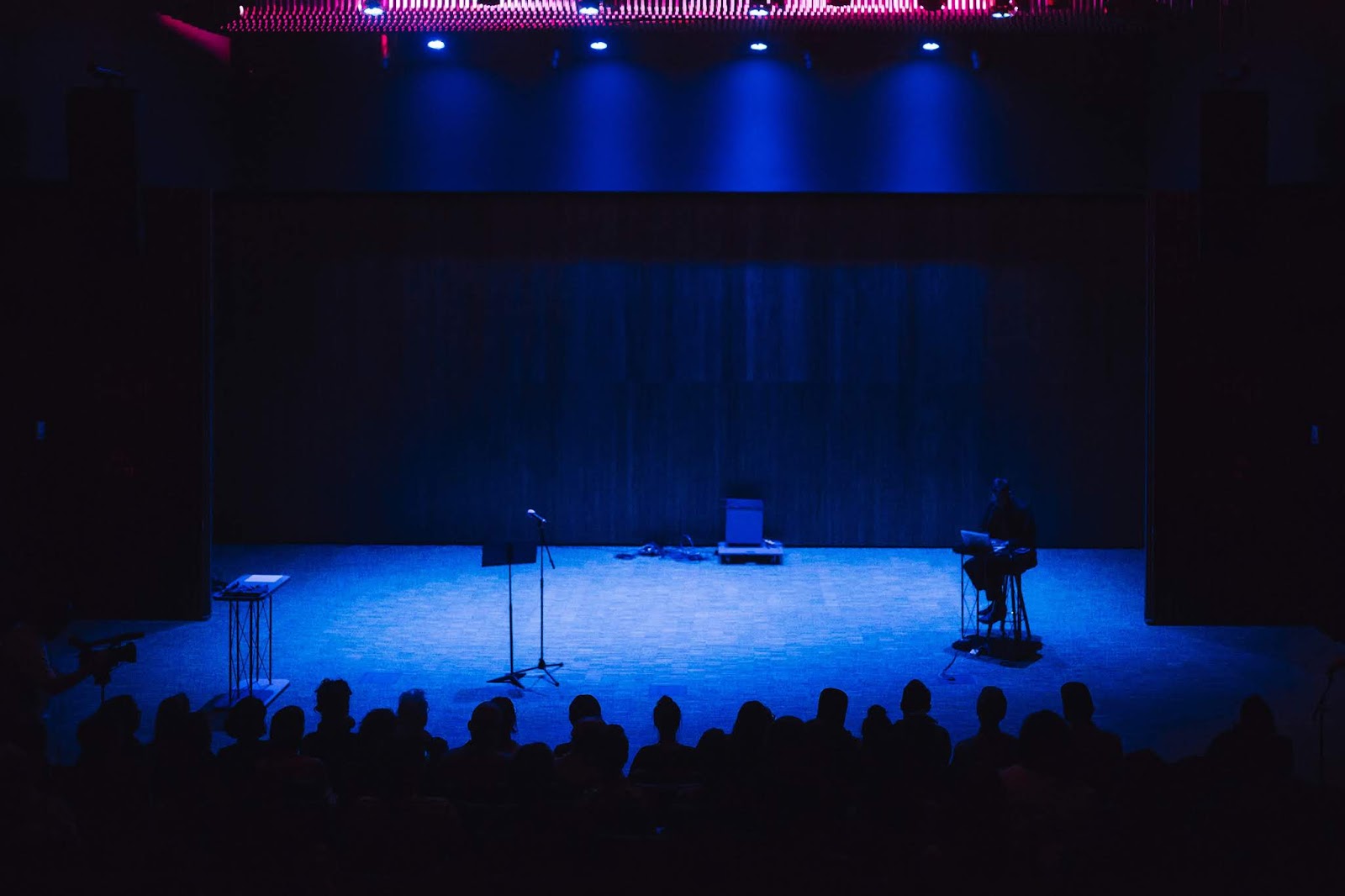 This is why in recent years we have curated events (mock diplomatic congresses, imaginary assemblies, fictitious trials, as The Accelerationist Trial, Centre Pompidou, 2014 ; Beyond the Magiciens Effect, 2015, Fondation Gulbenkian ; The Government of Times, 2016, Halle 14 Leipzig ; A Migrant Constituent Assembly, Centre Pompidou, 2017 ; The Trial of Fiction, 2017; What Are They Asking For? To Become Something, Biennale de Lyon, 2019) ) trying to produce this scenography of knowledge, this curating of theory.

For us, this ecology of knowledge is the place of the curatorial. Sousa Santos’ proposal, by insisting on the notion of ecology (in the sense of ecosystem) rather than that of historical knowledge, will offer us a form of spatialization of knowledge, in the wake of decolonial authors such as Walter Mignolo with his Geopolitics of Knowledge, and therefore, a spatial policy of the contemporary.

What we call curatorial methodology can also be seen as a way of mapping, not as a description that could end up ending, closing, but as a way of multiplying knowledge from various horizons. Deleuze wrote, “Theory cannot be totalized, it multiplies and multiplies” and we will consider curatorial research as a way of confronting practices and theories, of putting them on trial with each other. This gesture is formulated as a policy taking the measure of the proliferation of theoretical and plastic proposals that inhabit our contemporaneity, while relentlessly seeking to multiply them among themselves, against the political impotence that we are experiencing particularly in Europe, and towards the horizon of a collective bifurcation.

Aliocha Imhoff & Kantuta Quirós are curators, art theorists, filmmakers, based in Paris, founders and directors of the curatorial platform le peuple qui manque, created in 2005, which works between art and research and which initiates exhibitions, international symposia, festivals.

They have published Les potentiels du temps (Manuella Editions, 2016, with Camille de Toledo), selected among the 10 best essays of 2016 by Les Inrocks and directed Géoesthétique (Editions B42, 2014) and Histoires afropolitaines de l’art, Revue Multitudes 53-54 (2014). Members of the editorial board of the review Multitudes, the Nuit des Idées, they were residents of the Rebuild Foundation (Chicago South Side, 2015) and Ateliers Médicis (2018).

Kantuta Quirós was born in La Paz, Bolivia. She holds a PhD in Aesthetics from the University Paris 1 Panthéon Sorbonne, under the direction of Jacinto Lageira. She has been an associate lecturer at the Ecole Nationale Supérieure d’Architecture in Nantes for the past 6 years, where she teaches aesthetics and art theory. She has also held various institutional positions, notably from 2007 to 2011 in the Film Department of the Musée Nationale d’Art Moderne / Centre Pompidou.

Aliocha Imhoff was born in Paris. He holds a PhD in Arts and Sciences of Art. His doctoral thesis is entitled “Who Speaks? Politics and Poetics of Enunciation in the Age of the Anthropocene” (University of Paris I). He has also held various institutional positions, notably at the Centre National des Arts Plastiques and currently teaches art at the University Paris 1 Panthéon Sorbonne.