The artist talks about his work inspired by the ecounter of art, physics, and computer science

Luca Pozzi (1983) talks about his work inspired by the ecounter of art, physics, cosmology and computer science and produced through an intense exchange with the scientific communities, including Loop Quantum Gravity (PI), Compact Muon Solenoid (CERN) and the Fermi Large Area Telescope (INFN, NASA). Luca Pozzi just presented the installation Degrees of Freedom, curated by Francesca Campana & Giacomo Guidi at Cotemporary Cluster (31.03 – 02.05.2019), and he is now about to intervene at TED, on May 4th, this year dedicated to the New Society 5.0, based on augmented reality, VR, and the blockchain. 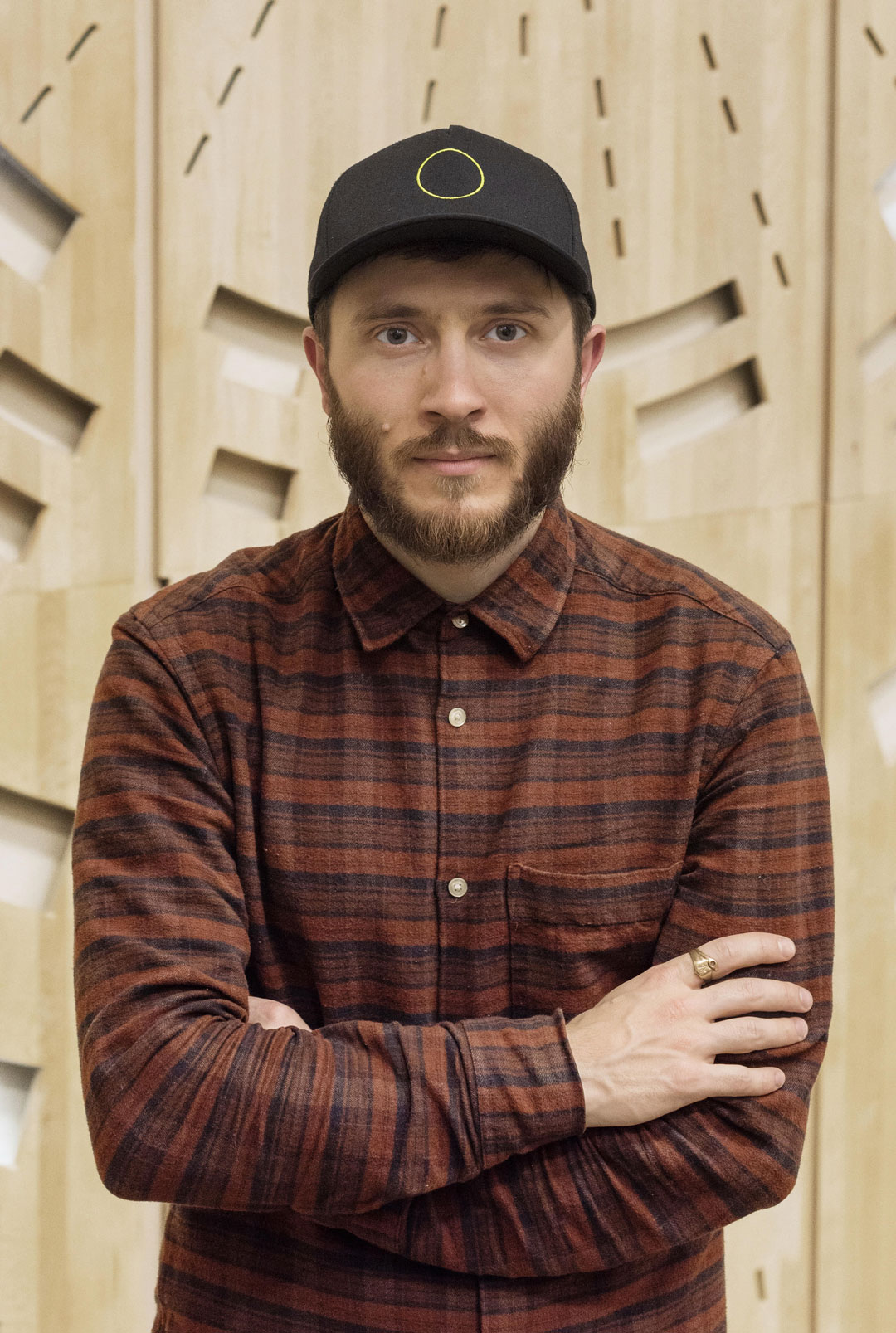 Elena Giulia Rossi: How and when did you become interested in science? Who were your first interlocutors?

Luca Pozzi: My interest in science emerged from a kind of generational rupture that we all experienced at the start of the digital age, with internet, mobile phones and social networks.

The need to connect these two worlds and make them compatible stimulated my interest, the desire to perceive the continuity between the macroscopic materiality and the microscopic information of IT phenomena which have their origin in quantum mechanics producing behaviour which doesn’t appear to be intuitive.

We are heading towards a technology that multiplies and delocalises our presence in space and time, which transports and simultaneously connects us to more than one place. But there is nothing absolutely original in this. This might be the case for us, as human beings, but for particles and electrons it has always been true. Particle physics can teach us a lot about human behaviour in the era of quantum computing. My first interlocutors were Carlo Rovelli and Abhay Ashtekar from Loop Quantum Gravity Community which I took part in from 2009 to 2015. Thanks to their visionary research I tried to imagine what happens to black holes and what took place during the Big Bang, when big and small things meet and there is an overlapping of quantum and relative behaviour, unifying experience all-round. 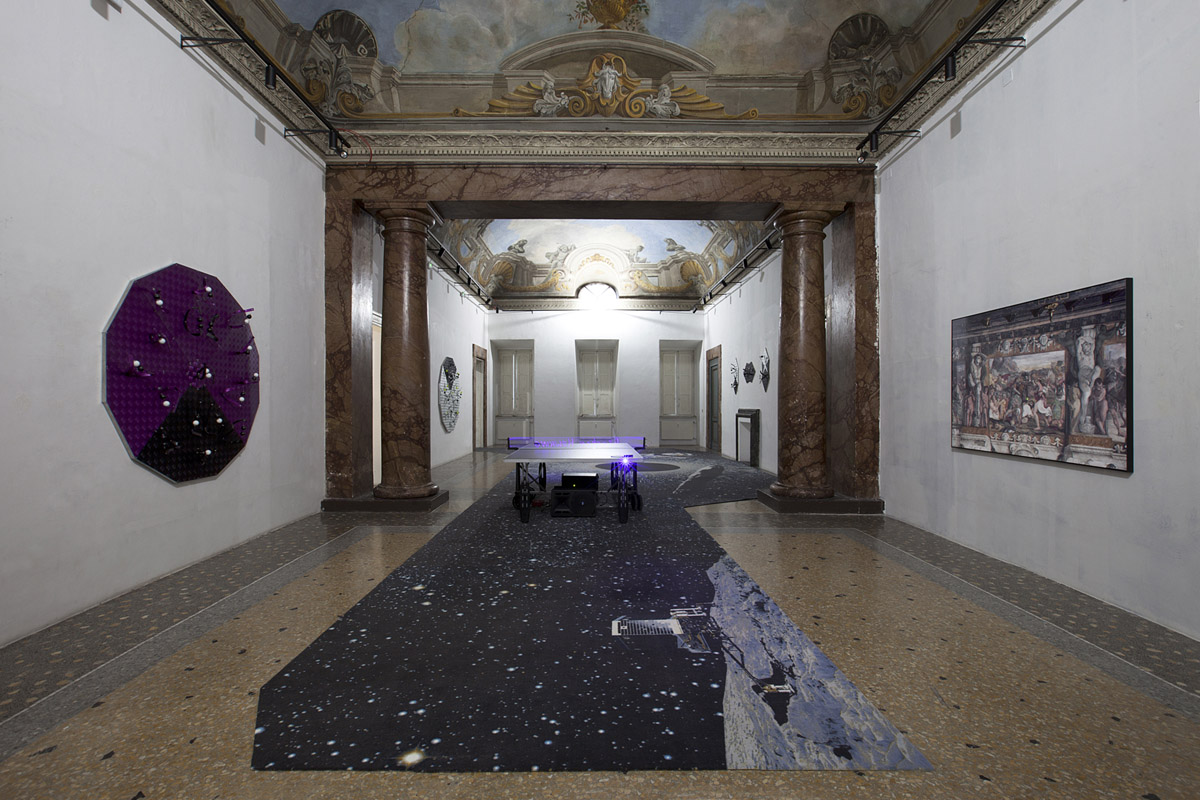 Art and science have always engaged with what is invisible, with the reality behind appearances. Seeing artworks from the Renaissance brought me closer to science.

From Mantegna to Piero della Francesca, from Tiziano to Veronese, we witness the need to create bridges between the architectural and pictorial space, the desire to tell multi-layered stories on several different temporal levels – from mythology to the Old and New Testament. This perspective can be found in the work by De Chirico who, after creating a visual language based on the enigma of time, started to travel in his own paintings, transporting himself to different time periods. Are famous his fifteenth century self-portraits. When Caravaggio painted the oblique light coming through the window, illuminating the bread on the table and revealing its imperfections and texture, he was influenced by the drawings of Galileo Galilei who depicted lunar craters seen through the first telescopes. This long-distance correlation between disciplines is interesting. This doesn’t mean it’s directly or consciously done, not necessarily travelling in a linear way, but it’s there all the same. 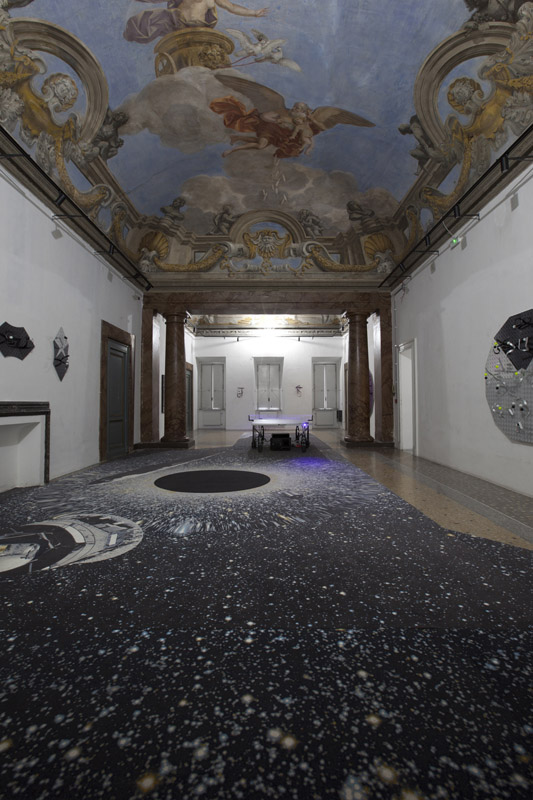 You also took part in the exhibition The Ñewpressionism at the Swiss Institute in Milan, a new way of seeing, bringing into focus and depicting the contemporary landscape conceived by visionary artist Miltos Manetas. Can you tell us about this experience?

Yes, I first heard about The Ñewpressionism during the Eternal Internet Brotherhood event that took place near the Dead Sea in 2014 – situated between Jordan, Israel and Palestine – where I met Miltos Manetas.

I immediately supported The Ñewpressionism because it’s a perfect example of the correlation I mentioned before.

It represents a new form of impressionism, based on the idea that the network which we think is a prerogative of the internet – made of fibre optics, bouncing satellite signals, server farms, antennae and routers – can in fact be found in all things. The primordial network that Nature consists of is even more evolved than IT. This produces an overturning of perspectives and allows our most distant past to come across as our most evolved future, closing the circle and creating a time loop that re-evaluates our perception of human history. Ñewpressionism, for example, demonstrates how a piece of reflecting copper can be an Instagram filter through which to observe the landscape or how a plastic rope tied between the branches of a tree can represent a disturbing glitch. Ñewpressionism concentrates on these interventions and mechanisms which become changing and adjusting filters, linking all phenomena. It’s an artistic movement, a true historical avant-garde created and supported by delocalised people who interact virtually from various parts of the world. These are people who, by acting in space and communicating through social networks, are contributing to the construction of a linguistic bridge that is emerging between analogue and digital. This is an uncontrollable language representing a landscape which is multiplied in several dimensions, simultaneously everywhere and nowhere, which is always and never; a landscape that is transferred from our hands to our screens, travelling through silicon Wormholes in order to connect intimate and individual parallel universes with a breathtaking collective landscape. 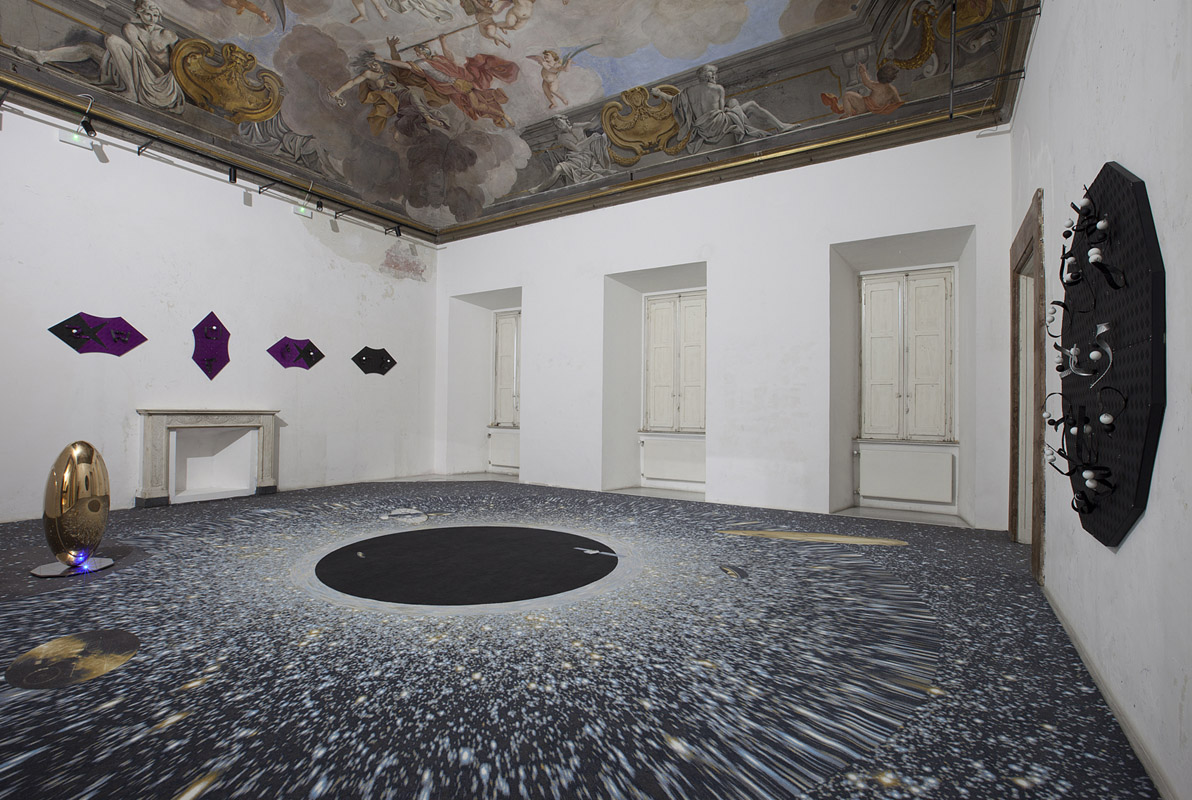 The photographic eye has increasingly distanced itself from its object, hidden inside software, deciding the moment a photograph is taken without human intervention and at times even coinciding with the object itself.. In what ways has photography changed today? Can you tell us more about your way of using photography?

For me, photography is simply a way of slowing down time.

It’s not a form of documentation, rather a way to observe reality from a different viewpoint. I’ve always been fascinated by the idea that if we found ourselves on the event horizon of a black hole and threw an apple towards its centre, from our point of view that apple would remain where it was, suspended for all eternity. I think about this every time I look at a photograph. I feel like I’m comfortably sitting on the event horizon of a black hole.

Plus, in the era of Big Data, all things tend to be optimised. Through behaviour analysis and the monitoring of processes, the tendency is to simplify. On the one hand, settings are not individually chosen, but are determined by the camera, allowing users to concentrate on other aspects, perhaps on the experience in front of them. But when, on the other hand, photography is used to see what cannot even be imagined, then things change or, rather, they are completely reversed. It’s the user that must programme the settings, in the minutest detail using sophisticated calculations.

Photography changes according to our expectations. 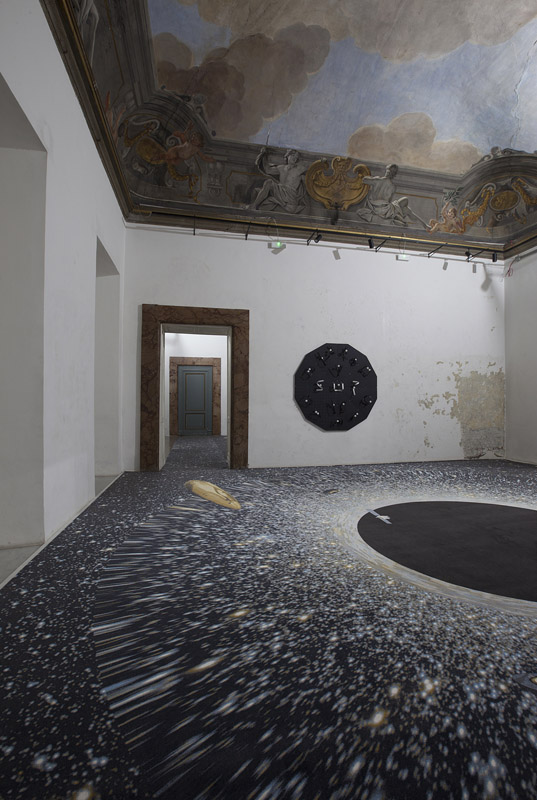 The first image of a black hole was revealed a few days ago. How would you comment on this event?

Exactly, this is a perfect example of photography of the second kind. Besides, it is a collective photograph taken by the Event Horizon Telescope, which sounds like one single telescope when one says it like this, but it isn’t. It consists of several different telescopes located in different parts of the world which collect data that is then converted into a single image achieved through interpolation with the aid of a specially designed algorithm based on the laws of theoretical physics. This is, once again, an excellent example of a collaboration between analogue and digital, ranging from mathematics to the most mysterious physical reality we can conceive of; a reality that can be seen using technology of the future, but which simultaneously looks into our most distant past.

Can you anticipate something about your talk at TED Rome?

I’ve been invited to give a TED talk in Rome focusing on the centrality of the New Society 5.0 Man based on artificial intelligence, augmented reality, VR, blockchain and Bitcoin. A complete evolution involving all disciplines, from IT to economy, from physics to art and medicine. I’ve based my talk on an intuition by Sir Archibald Wheeler, an American theoretical physicist who, together with Kip Thorn, pioneered Quantum Gravity which, since the 1980s, has suggested a very simple but winning perspective. It says: IT FROM BIT, everything is information and everything is participation. From this point of view, the question about whether we are at the centre of the universe or whether the universe is at our centre disappears. This is because there is no difference between the observing viewpoints. My TED talk suggests that to actually be at the centre of things, we must train ourselves to think we’re not human beings using information, rather that we ourselves are moving information, living in a kind of mandala-shaped maze, where grains of sand are bits of information jumping like table tennis balls from one side to another, creating the complexity and beauty with which we are surrounded.

Luca Vitone at the MoRE Museum