This week on Arshake Luigi Pagliarini will converse with Giorgio Cipolletta in order to widen the gaze on the nature and function of the  body, of  intelligence, pointing at the invisible world that entangles these two particular aspects with the whole.

The interest in the theme of the body and its “infinite im-measurable possibilities” are directly proportional. From Spinoza to Deleuze, from Merleau-Ponty[1] to Jean-Luc Nancy,[2] everyone has explored the body. Talking about the body and with the body is a complex matter. As Gilles Deleuze, [3]an avid and meticulous reader of Spinoza[4], reminds us, knowledge of the relationship between mind and body is always practical: what is at stake is always a concrete intersection and clash of power relations, affects and social constructs. The artist, considered today as an “operator of complexity”, trains the body as performance, as “middle ground”, as a “third landscape” that makes its energy available by collaborating with the sciences to produce a different vision of the world. A short circuit of existence and resistance from which to start. We discuss this with the artist, psychologist and scientist Luigi Pagliarini. (Giorgio Cipoletta) 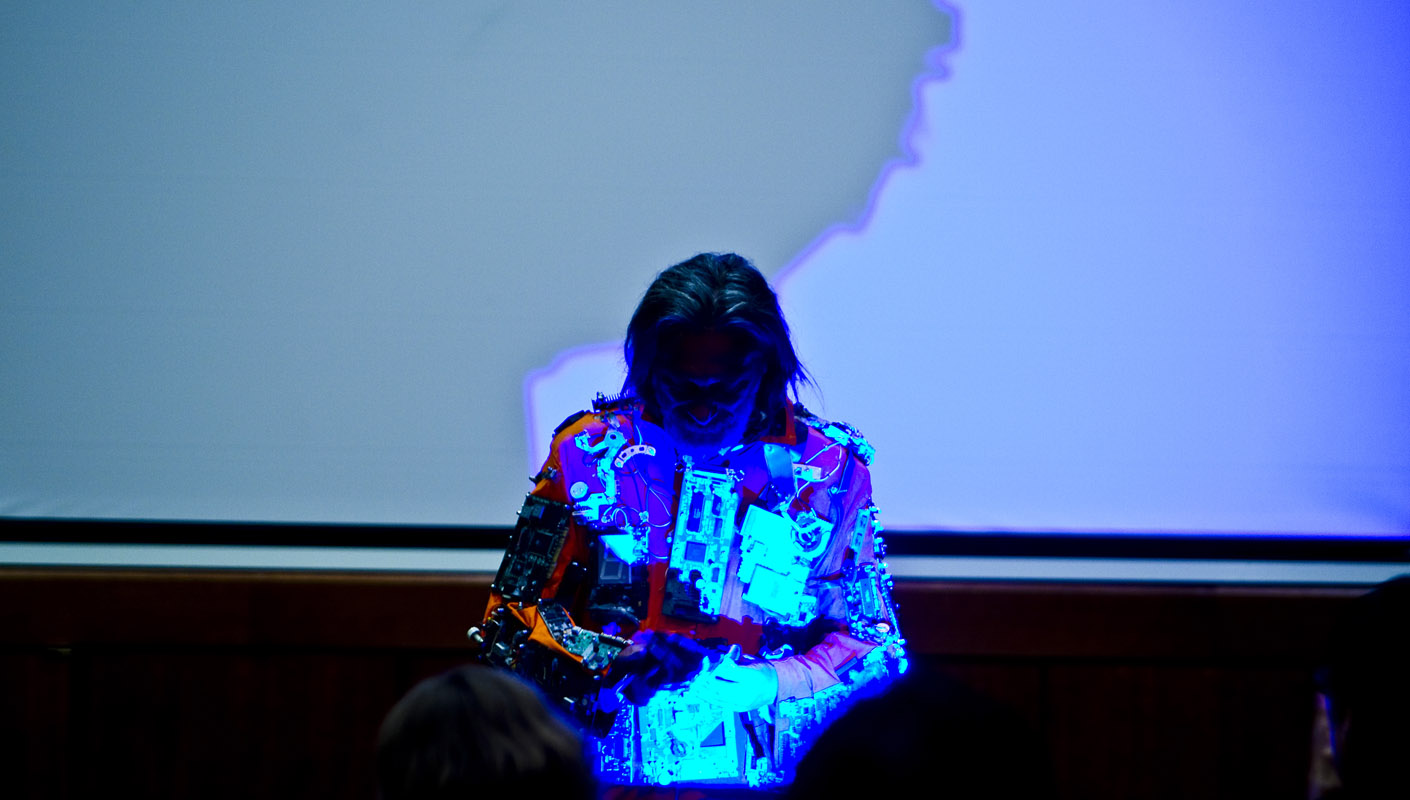 Giorgio Cipolletta: Taking up the thoughts of Spinoza and Deleuze, what can a body do?

Luigi Pagliarini: You put me in a position to give a non-answer. I’ll try to explain.

To answer this question, it’s inevitable and necessary to start by asking, what is a body? This is not so much because the body could have infinite possibilities – this cannot be the case, in the same way that it could not be the case for any of the individual components of reality – but, on the contrary, we have to ask what the nature of the body is in order to outline a range of possible actions within a specific domain where a single element of reality can act.

In answering the above, the question – what is a body – then follows. Here we delve into an existential abyss where only a few unavoidable truths emerge. The first of these is terribly unsettling. That is, there is no body in the sense of a single, defined expression. Our bodies are “universes” full of dynamics and, more importantly, full of infinite other bodies. Viruses, fungi and bacteria populate and pervade us, constituting a large part of everything we are, from the carnal to the psychological and spiritual. They determine many of our actions and reactions. They are responsible for our weight, moods, prospects and a thousand other attributes. In essence, the organisms that dwell within us guide us, orient us, follow us and are the co-authors of our existence. Our body is therefore, in itself, a “universe” or, as I like to think of it, a self-moving terrarium. This metaphor, which I like to use, contains within it the idea of a block of flats where the “possible” is not only determined by a neural consciousness or by a skeletal-muscular or gastro-enteric system, but by all this in its entirety, by the synergy, struggle, intentions of millions of beings, genetics, bodies, movement, needs, objectives and desires, some of which are transparent while others are much more mysterious. All this, both for the essence and for the dynamics of the relationships and interactions faced. Returning to your initial question, the human body can do things. It can do an infinity of things, many more than we can imagine, also because these things are not the most representative consequences of cognitive thought or the evolution of macroscopic behaviour, not necessarily. All the body’s movements also concern the infinitesimally small, relating to its surface, the one that appears to the senses and then extends towards the infinitely large. In other words, all the relationships that should most interest us.

We are mediators between the forces hidden in the atoms, molecules and microorganisms that we are made of and that through the structure containing them, with the same criteria, will modify our planet, our galaxy and consequently our universe and all others. I know, it’s hard to think about or even imagine this, but I think it’s exactly like this.