For a Body Terrarium.

The conversation between art critic Giorgio Cipolletta and artist and neuropsychologist Luigi Pagliarini concludes today by talking about the relationship between art and science.

Giorgio Cipolletta: After having stimulated and “provoked” us on the very interesting possibilities of “an intelligence of the body”, “of a body-terrarium,” I wonder if there is an intimate relationship between art and science. I ask you this as both an artist and a scientist.

Luigi Pagliarini: The question underlies another potential historical drift in the whole of Western thought, so I’ll try to tread carefully. Today, Art and Science sounds similar to Mind and Body or Soul and Matter. In short, it’s a dichotomy that has become necessary, almost indispensable, but which I personally have done, and will gladly do, without – forever. The division, fragmentation and atomisation typical of our societies and which originated in Greek philosophy undoubtedly has many advantages in terms of implementation but, on the other hand, creates drastic and sometimes dramatic cognitive schisms. Thus, since the Renaissance, post-Leonardo, the fracture has become irreversible. For five hundred years, artistic-scientific thought, as a single body in search of an interpretation of reality, has experienced a steep descent towards an increasingly serious type of functional schizophrenia, causing artistic thought, strictly necessary for the creative basis of good scientific research, and scientific thought, strictly necessary for high-quality artistic design, to turn their backs on each other. 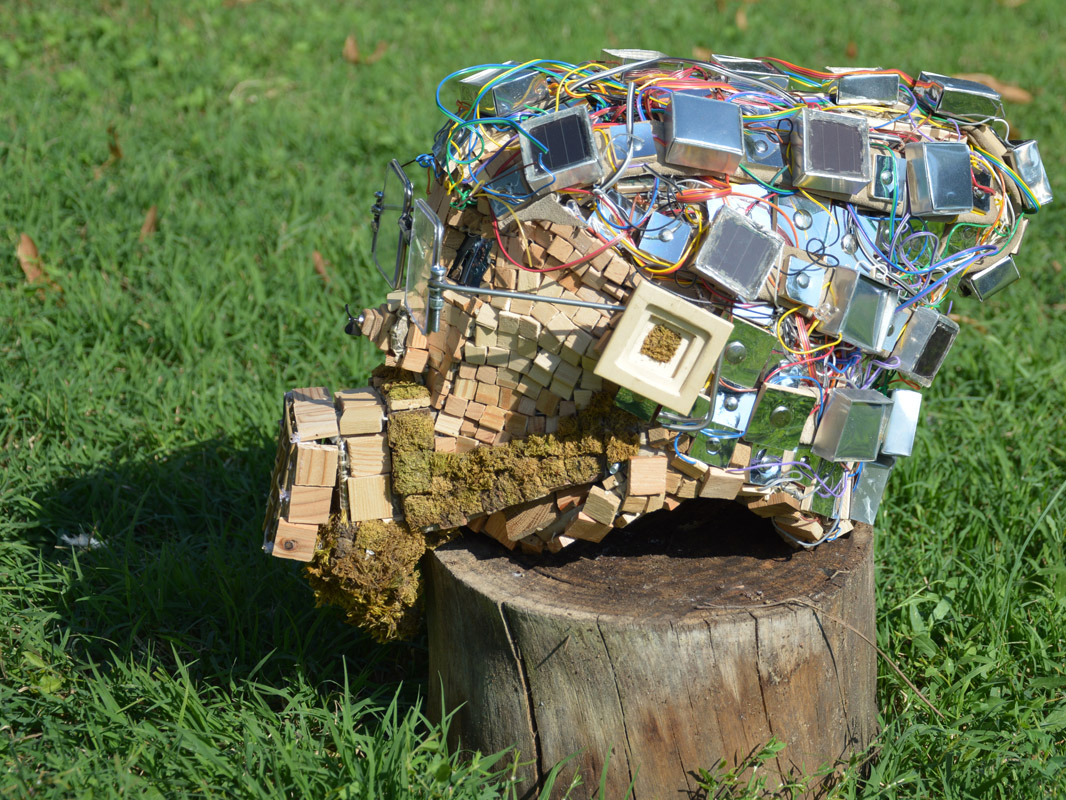 We can see the results of this, evidenced through three or four basic facts. First there is the decline of scientific thought, moving towards a homologation and limitation of the alternative theses and hypotheses coexisting within it. A levelling, in practice, of the vigour of the entire world of research and a stagnation with reference to the so-called “scientific method” which, for goodness sake, I don’t want to criticise, but is in need of renewal and modernisation. After all, modern physics, through its new discoveries and laws, demonstrates this daily in an increasingly evident and alarming way. The second point to highlight is how critical the absence of concrete advances in the world of contemporary art is. A world that has already abandoned itself to a non-rational (which we could call “impressionist”) or, at least, rationally superficial (which they define as conceptual) scope. The consequence of all this is the tendency of artistic production to stagnate in a sterile, self-regarding, pretentious and unworkable anarchy devoid of all ethics and morality but, more importantly, devoid of a new aesthetic. And so we come to the third point, namely the recent and growing spasmodic search of one world over another. There is nostalgia for art in science and science in art. It’s felt and glimpsed in all recent works, both artistic and scientific.

This condition has become tangible, especially since the beginning of the era of superconductors and chips, from the early stages of this “Cambrian” computer age and which has now exploded in the era of the so-called Web 2.0. But, for now, these are phenomena of little importance, I would say sterile or largely insignificant and that, in any case, aren’t strong enough to bring about a new fusion. I’m talking about it with direct experience – I believe – being one of the promoters, one of the researchers who has deluded himself and perhaps still deludes himself into believing that he can bring these two fascinating universes closer together. But, it’s worth pointing out, the wake-up call has been sounding for decades, from artists and critics, on the one hand, who fail to recognise the profound aesthetics of certain scientific productions and from scientists, on the other, who fail to understand the fundamental contribution of certain artistic movements which could significantly further scientific progress. This, of course, is due both to a cementation of philosophical positions but also, equally, to protectionist economic dynamics which have been appropriated by the two sectors. 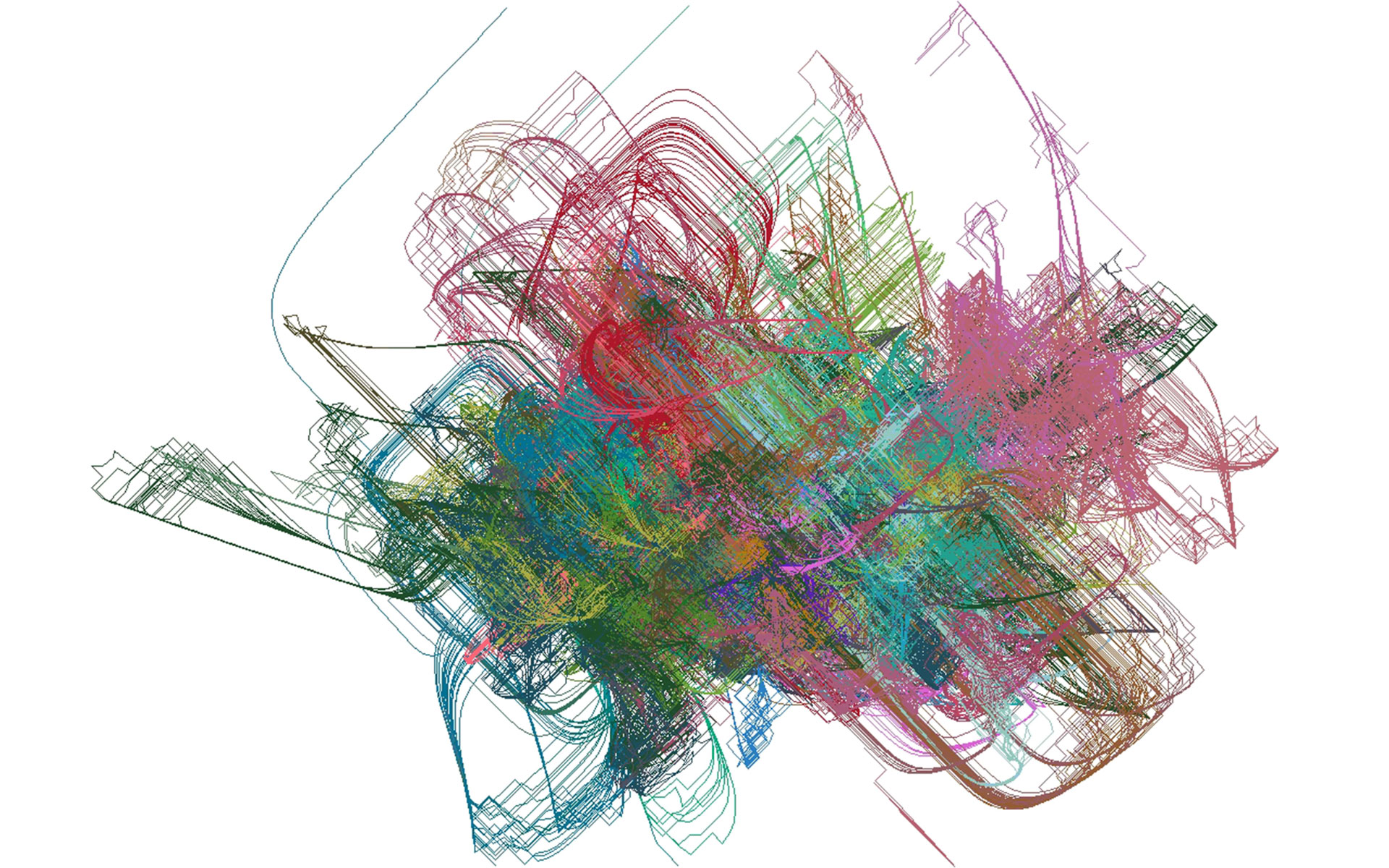 On my side, I continue with my inexhaustible romanticism to hope and promote the opposite, but perhaps it will be necessary to surrender to the more classical laws of entropy: we are victims of a relentless, one-directional tendency towards disorder. I would, therefore, like to conclude by summarising my answers to your questions using the words of Albert Einstein: “The most beautiful thing we can experience is the Mysterious. It is the source of all true Art and Science.”

This is the third and last appointments with Luigi Pagliarini interviewed by Giorgio Cipolletta. Please view here the first part of the interview and Giorgio Cipolletta critic reflection where the conversation has started from, and here the second part.