#exstrange is a live exhibition platform for all those who would love to use eBay as an ideation, production and distribution channel, that invites to think about digital commerce not only as a sales tool but, in particular, as an activator of relational processes.

#exstrange began with Marialaura Ghidini and Marialaura Ghidini Rebekah Modrak’s curatorial invitation to 21 artists to launch a 7-day artwork/auction. One of these auctions launches every day, beginning on January 15, 2017. The next stage of the show started on February 5, 2017 when guest curators based across the globe invite three artists each to participate in the exhibition. 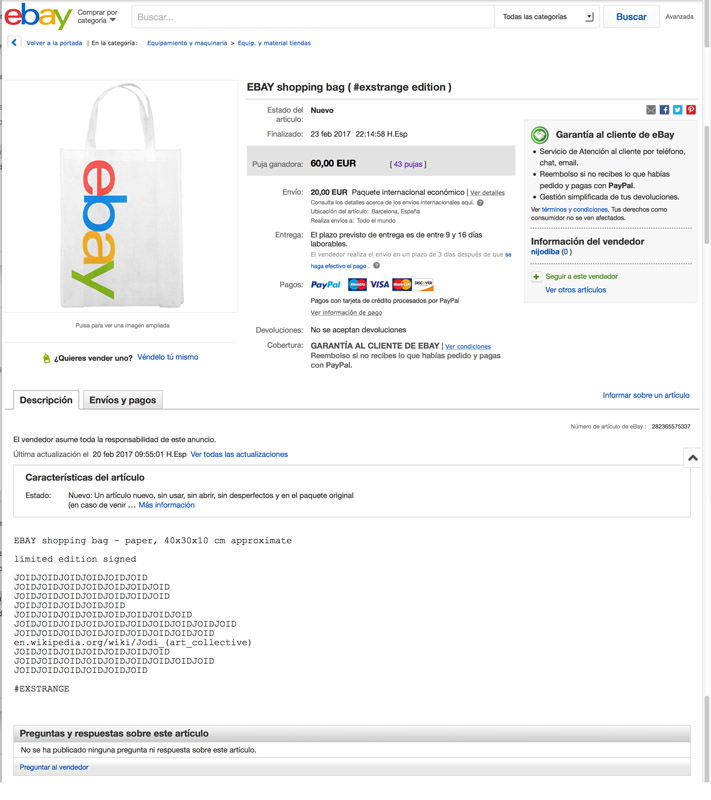 Elena Giulia Abbiatici: Exstrange. Which are the reasons of the title?

RM: #exstrange comes from our working title Exchange with Stranger, which referred to both to the exchange of ideas, services, and goods that occurs within the online market. Normally, the goal of these transactions is monetary and functional, that is — the winning bidder acquires a new item and the seller makes some money. We reimagined the auction itself as the experience, so that the potential for exchange could be much broader and impact more browsers.

ML: Rebekah and I wanted to explore the types of relationship that might occur on eBay between an artist and a buyer, and an artwork and an audience; all relationships that originate from exchanges between strangers, between communities of interest that are often far apart. The hashtag refers to the online search archives that, because of the ubiquitousness of social media, have started to adopt community-generated keywords as search tools. Over the course of the 3 months of the project, #exstrange has become the ‘search term’ for artworks conceived to challenge the assumptions related to the ‘aura’ of the artwork, to question the role of the artist/author within or outside the institutionalised art system, and to disrupt processes of validation and verification of standards of ‘quality’ that adopt a ‘globalised’ method of categorisation, dissemination and interpretation. 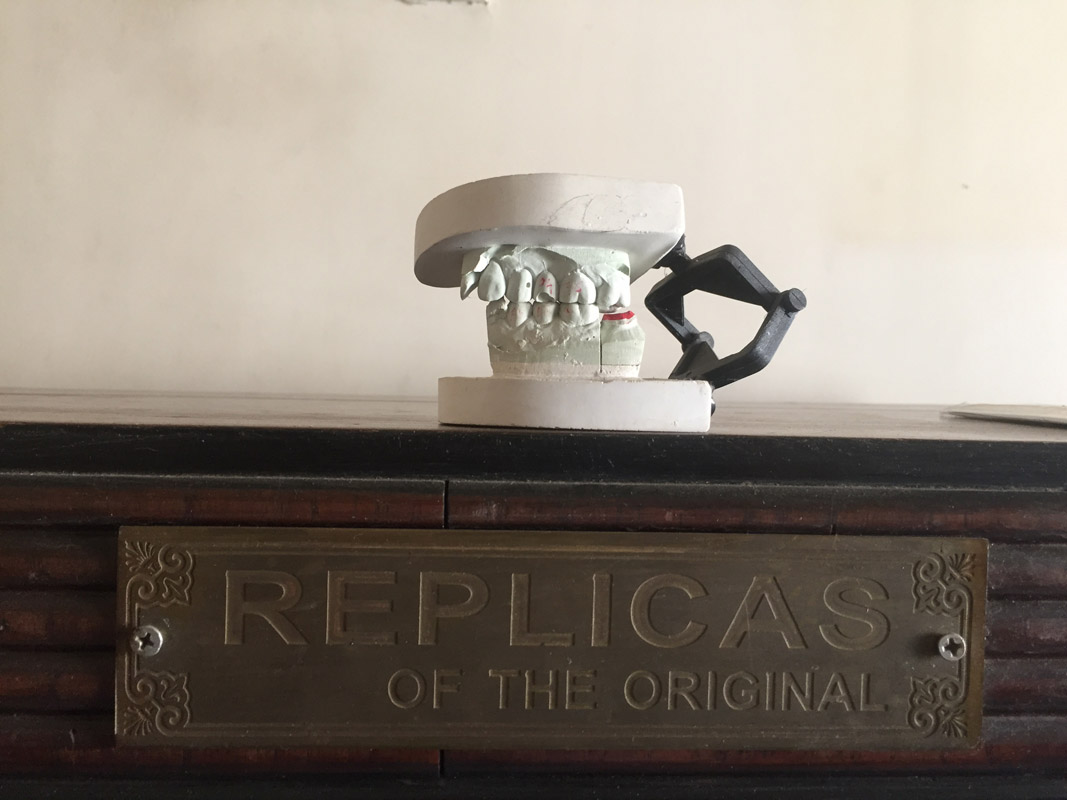 Which were the proveniences of the artists?

ML: They come from different countries all around the world, from the US to Canada and Mexico in America, from Spain to Italy, to Austria, to Germany, to The Netherlands, to Belgium, to the UK, to Ireland, to Sweden in Europe, from Zimbabwe in Africa, from Bahrain and UEA in the Middle East, from Singapore to India in South Asia, from China in Asia, and lastly from Australia. We tried to cover most of the countries where eBay offers its service.

We know the mechanisms of the art auction corporates through the two “major” fine art auction Sotheby’s and Christie’s, addressed to the artists who have already had success in the art market. Instead in your curatorial choice you have invited artists that work along a research line that places, too, the questioning of the contemporary art system itself and its marketing rules. Why did you decide to make an art auction and how did you choose the projects?

ML: I feel that what we did was not to make an art auction, but to instigate artistic actions that used the format of the auction as a medium of expression. The eBay platform was a sort of radical attempt at generating a way of doing business that was aimed at the individual and was supposed to overcome geographical and administrative barriers. In 1995 it was one of the first examples of e-commerce ‘for all’, it was a market place online for one-to-one exchanges. It then became a multinational corporation that has lost its original ‘radicality’ but still retains many potentials that can be used not only to question what “market success” as you say is, or showcase and distribute art, but also to trigger encounters between disparate people that would not necessarily come into contact with one another—especially in the context of contemporary art or auction houses. Christie’s and Sotheby’s are renowned for promoting the idea of high-end culture and luxury, and new forms of auctioning online, from Artsy to Paddle8, have not moved very far away from the model of their predecessors, even if they aim to propose, as their websites state, a ‘redefinition’ of the characteristics of collectors and collecting in the 21st century. With #exstrange our main focus was not on validating an artistic practice through offering expert advice on the best buy, or showcasing CVs, but on challenging the status quo of how art, artists and their practices might be encountered. It is from this thinking that our selection of artists and guest curators participating in the project—who at the end of the project number almost 100—comes. As you said, we were interested in artists whose practices are often process- and research-oriented and whose artworks are often ‘difficult’ to collect or pin down to a tangible outcome or a category. We had many instances of artists who decided to offer services rather than objects. With Programmed Leisure, Silvio Lorusso offered a bot-generated programme of self-care—read: scheduled time off—to his buyer; whereas Tara Kelton, with Human Internal Memory Storage, sold her brain as a storage system for her buyer to store images following the instructions she sent to him in the form of a contract. Many artists questioned the very same definitions of what constitutes an artwork, and the narratives around it. Replica of the Original by Archana Hande auctioned personal items belonging to Archana Devi—a fictional character, part of an ongoing project by the artist—who is an upper class Indian woman, mythologising her lineage and life in the manner in which stardom and celebrity gossip functions within and outside the contemporary art system. The idea of what a collectible might be was explored by several artists. With 1000 Rupees Indian Currency – Canceled Currency, Matt Kenyon tapped into the realm of banknotes and coin collectors online by selling an erased 1,000 Rupees note, which last November the current Indian government suddenly withdrew, making it banned—one of the most controversial processes of de-monetization to move towards a digitised economy. Other artists made direct points about the economic infrastructure that dominates the art world, in which labour is very often valued according to unquantifiable terms which are alien to other fields of work. Geraldine Juárez’s Press Release, 2017 looks at how editorialization not only reframes an artwork but also adds values to it. The artist asked writer Andy Sarafan to write a press release for her work for #exstrange and she offered it for sale, “producing”, in Juárez’s words, “limited editions of the clerical work required by curators, venues, publications, funding applications, etcetera”.

There are some ‘site – specific’ works, how did you participate to the conception, if you did?

ML: All works were site-specific, even when they were a reiteration or redevelopment of previous projects. Our invitation to participate came with a specific instruction, that is, that the work would be the entire auction, meaning that each element of the eBay auction, from the chosen category to the title, the descriptive text, the images accompanying it and the price, constituted the artwork. This is why Rebekah and I started to talk about artworks-as-auctions, or #exstrange auctions. Our participation was limited to this, and in some cases to questions and feedback to the artists to clarify how their intervention responded to the assumptions related to the eBay interface and the jargon used in e-commerce, for example. Our main participation in the project has been that of organising it behind the scenes! Most of the work went into keeping the projects updated on our website daily, gathering data related to the sales of the auction and exchanges in our numerous shared Excel sheets, and promoting the artworks on social media to keep our diverse and dispersed audience engaged in the live exhibition.

RM: As Marialaura said, all #exstrange works are site-specific because eBay offers an almanac of cultural contexts. In creating your artwork/auction, you have to select a context when you choose a Category. This is a great advantage because, as an artist working situationally in the “real world,” you may not be able to install your work in a real estate agency, but, within eBay, there are no impediments. For example, Masimba Hwati, from Zimbabwe, created a work that offered a soil sample from a historic hill in the capital, Harare, where the First Colonialist settlers planted the British flag in 1890. Through our conversations, Masimba shifted from listing this sample on ebay.uk under the category “Art” to placing it within “Land,” which allowed him to engage an audience purchasing terrain with questions about history and ownership. He then relisted the soil on ebay.com, which uses the category “Real Estate” rather than “Land,” thus shifting the meaning of his soil from “earth” to “land-based property.” A number of artists shared Hwati’s initial impulse to place work within “Art.” I interpret this as the influence of gallery-thinking, even for artists who are quite conceptual and flexible in how they think of venues. And I speculate that “Art” is often subconsciously the context for what artists produce. I should also say that there are many works in #exstrange where “Art” was appropriately the context, even amidst so many other categories of choice. 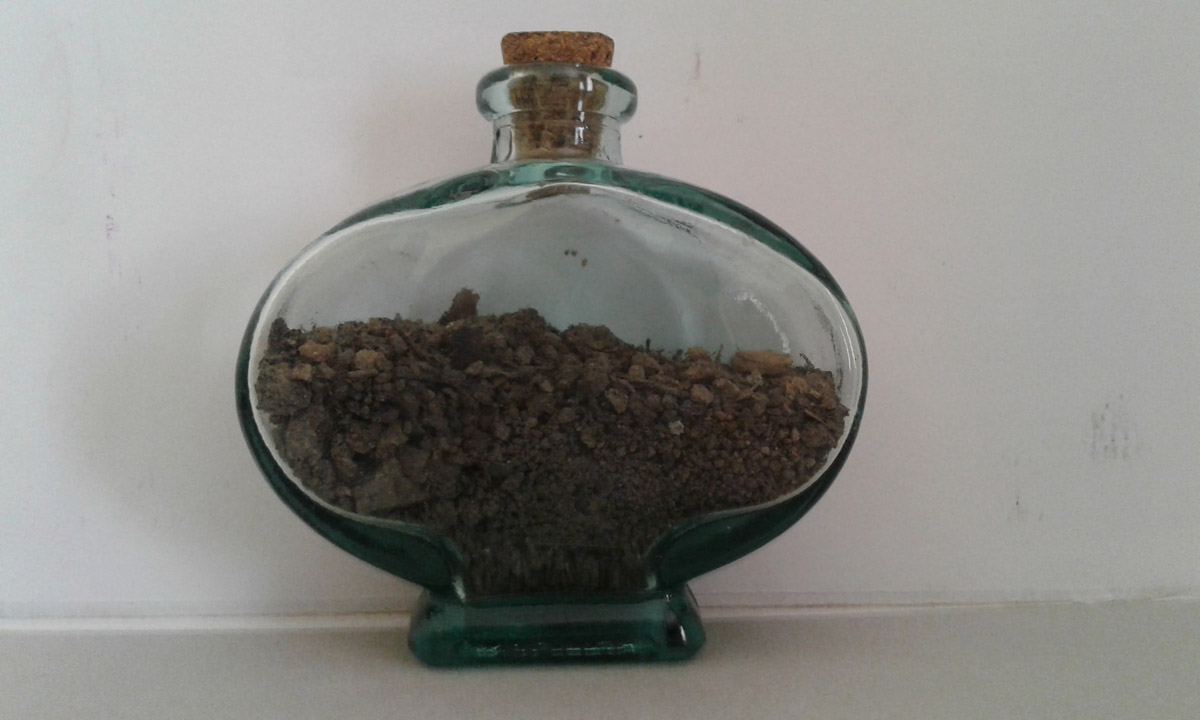 Normally the proceeds of the art auctions end up in the collectors’ pockets. In this case how do reports and receipts run? Was there someone managing the relationship artist – user?

ML: Each artist was ‘responsible’ for running their own auction and directly managed the communication with prospective buyers or curious onlookers who asked questions. In this sense we were not a mediating entity as such, the eBay interface was mediating the work for the artists and us. All money received from the sales went to the artists—minus the eBay and Paypal or similars fees.

How did ebay users answer? Which were the projects purchased and those with the most debated offers?

ML: #exstrange received very different responses from personal to philosophical to strictly commercial types of communication. It really varied according to the artwork and who stumbled upon each of them.

RM: First, I want to point out that, for us as curators, we were primarily interested in the work’s presence as a live auction. While the sale and future engagements are of interest and enter into the realm of social practice, we were more focused on the work’s engagement with the eBay audience. Individual artists had their own perspective on “the sale.” For some, selling the work was integral to the work; others attempted to thwart sales. For example, Maximilian Goldfarb set his price of “Access to Tools in Outer Space” to the appropriate futuristic space odyssey price of $2001.00. And Natalie Boterman and her winning bidder had lengthy conversations and debates about the meaning, hierarchy and value of her work. These discussions began during the auction, with Boterman’s candid responses more concerned with describing her relationship with her work than in trying to make the sale. 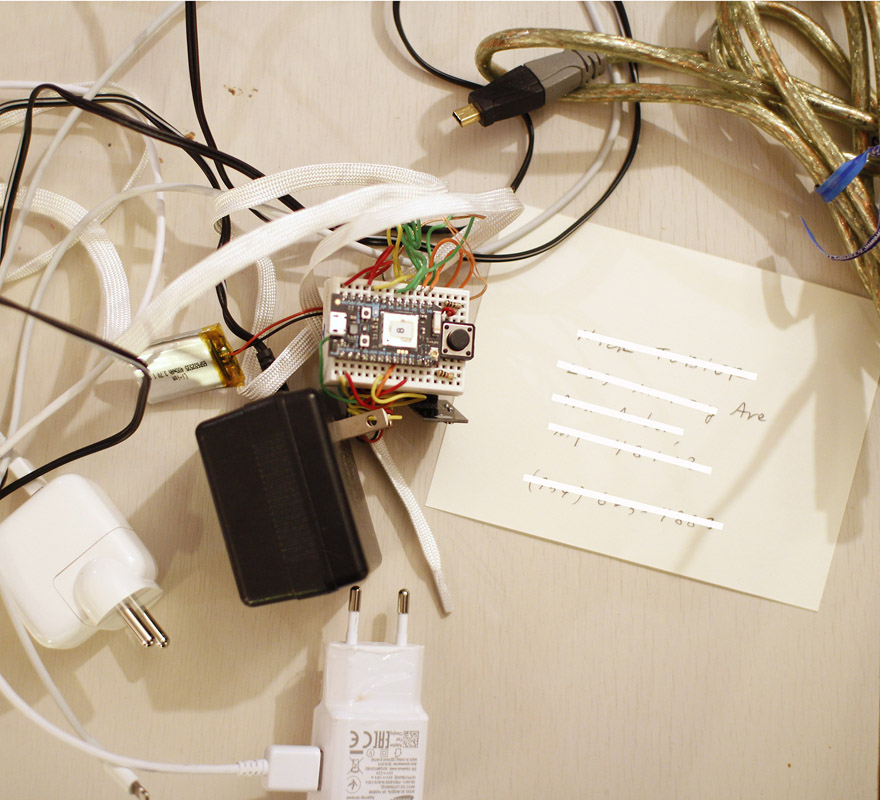 Of the 88 artworks/auctions that have ended so far, 50 sold. Many projects had multiple bidders:

And a few projects had robust responses using the Buy it Now format: