Street art is now a part of a development and enhancement programme designed for the city of Modena. It includes the revitalization of the city’s ancient origins which can be traced back to the founding of ‘Mutina’, the territory around Modena that Cicero called Mutina splendidissima. Archaeologists over the centuries have uncovered numerous places and monuments dating back 2,200 years.

Works in 3-D by international artists Kurt Wenner, Leon Keer, Julian Beever, Eduardo Relero and Vito Mercurio wield our perception of the anamorphic perspective by creating spatial gaps or «passages in time» that carry images of the ancient city to the surface: Mutina’s thermal baths, walls, amphitheatre, domus and capitolium will be visible through the illusion of open passages in the streets of Modena. These passages happen to correspond to some of the most important locations of the modern city such as its Piazza Grande, Ducal Palace, Palazzo della Prefettura and the Santa Maria delle Asse Church. Printed on sturdy materials and affixed to the ground, a technique used in the Renaissance is now applied with a digital approach and will be presented live from 12-14 May as part of a 3-day work in progress. A map of the city is the guide to the areas chosen as the passages in time while a virtual tour can be downloaded onto smartphones and tablets. 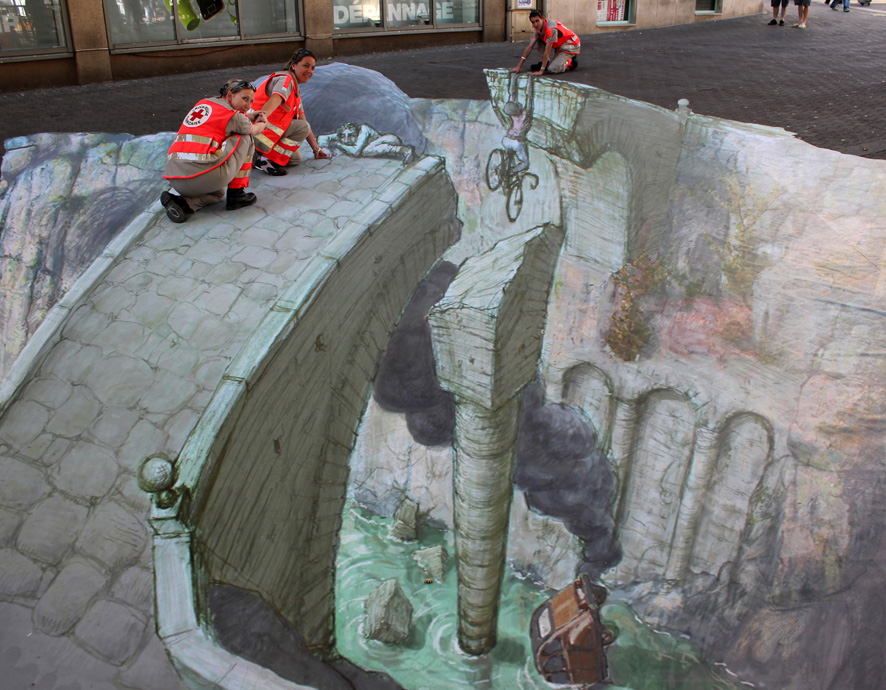 Mutina Splendidissima is part of a larger exhibit entitled 2200 anni lungo la Via Emilia (2,200 years along the Via Aemilia) that celebrates the Roman origins of the cities Modena (Mutina), Parma – founded in 183.A.D. – and Reggio Emilia (Regium Lepidi) established as a forum at that time. This associated programme includes exhibits, reconstructions and events regarding all three of these cities founded by Roman consul Marcus Aemilius Lepidus, the man also responsible for the completion of the Via Aemilia and the unifying element of the region named after him. 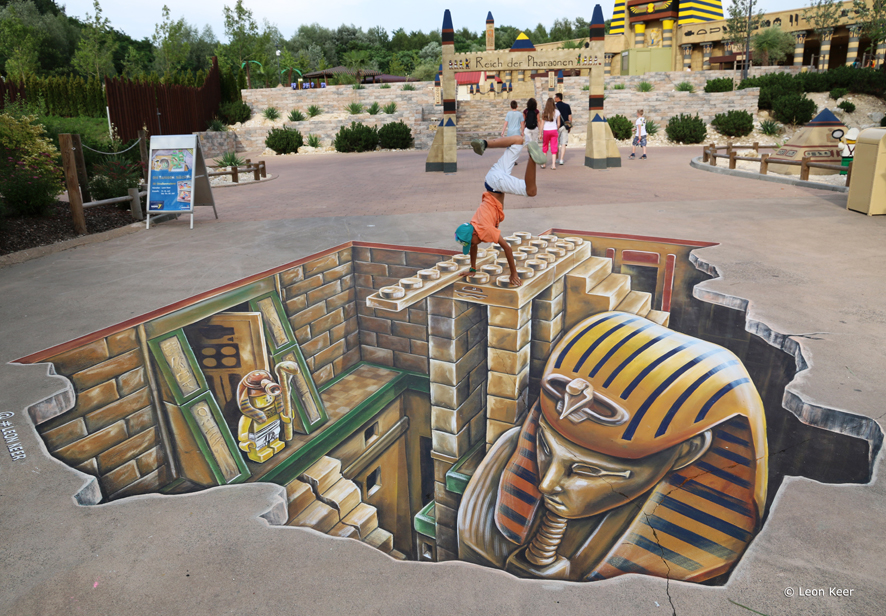 Artists: American artist Kurt Wenner is best known for having invented this illusionistic and interactive 3-D pavement art. His work includes large-scale paintings, sculptures, decorative pieces, 3-D installations and architectural design for public and private clients in over 30 countries throughout the world. Wenner’s most recent contribution is his “Recreating Creativity, was given for Create 2012: Creativity in Education conference”.

Leon Keer is a Dutch artist who acquired his painting technique while working on the design and production of commercial products for multinational corporations such as Coca-Cola. He has created art on commission from many different areas in the world. Aside from Europe, his work is showcased in the United States, the United Arab Emirates and Australia. His tendency to work on various types of support has brought him towards a particular interest for experimentation with innovative materials and techniques.

Julian Beever is a British artist known the world over for his pavement art, specifically his anamorphic art developed with a particular distortion that creates an illusion of three dimensions when viewed from the correct angle.

The work of Eduardo Relero is conceived to interact with the public and in recent years his creations have toured the world from New York and Rome to Mexico and Japan.

Vito Mercurio is one Italy’s few anamorphic street artists. After studying art in Salerno and then at the Academies in both Florence and Naples, his career began as a street ‘madonnaro’ (artists whose chalk portraits are mainly of the Virgin Mary) before specializing in anamorphic street art.