This year NEoN digital art festival in Dundee, Scotland, celebrated its tenth anniversary with an edition entitled React – rich in exhibitions, workshops and a major conference, dedicated to the theme of activism in digital art. Among the festival highlights, the participation of Italian artist Valentina Bonizzi with Opaque Documents stands out. This is a new project that explores the complex status of photographic images within the difficult context of a refugee camp in Palestine.  The project, showing at the independent space Nomas* Projects (9a Ward Road), is a video installation consisting of six monitors that offer an overview of the artist’s work in search of a collective and personal meaning linked to the presence and evolution of photographic images in the Dheishe Refugee Camp in Palestine. 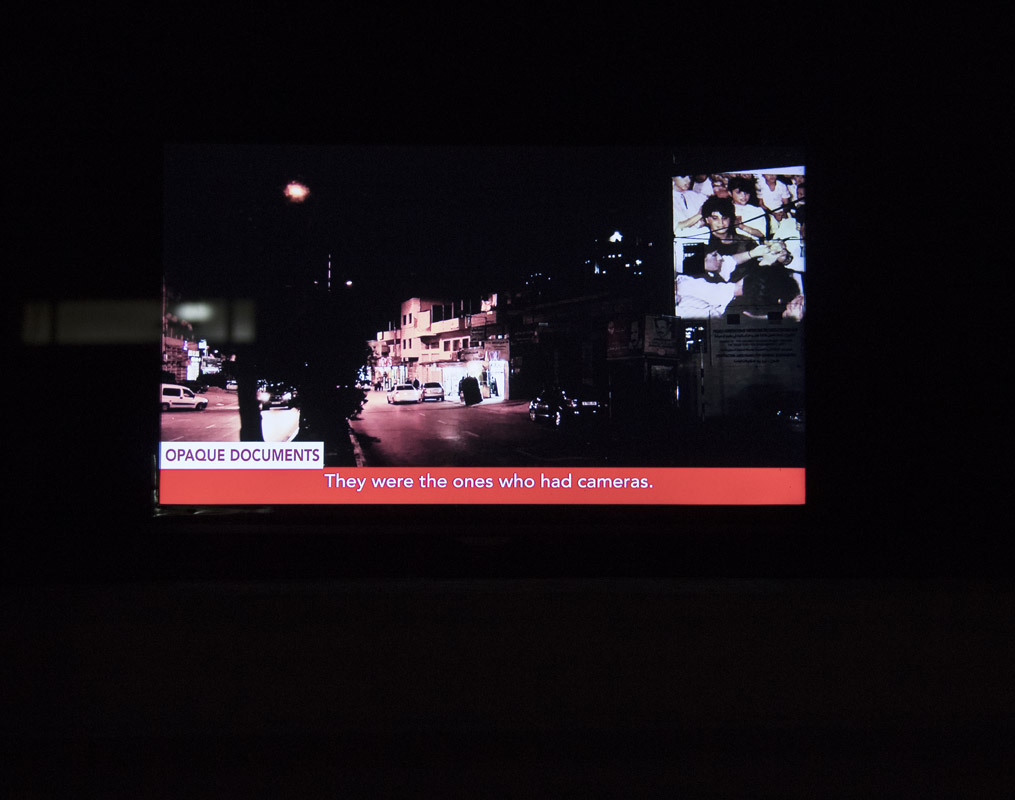 The first video captures an act of collective sharing of family photographs, the result of a workshop Bonizzi organised with the collective Campus in Camps in 2014. The video’s voice over resulted from the artist’s further research into the presence of photography in the Dheisheh refugee camp from 1970 to the present. As the voice explains, in the past people witnessed the physical destruction of private photographs by soldiers, whereas today this “destruction” is carried out on material shared on social media. The five monitors nearby depict the artist observing some of the camp residents’ personal photos in an attempt to explore their meaning and retrieve them.

This new video installation is accompanied by the video Is It yours, in which a small bird flying around inside a checkpoint becomes a subtle metaphor to describe a suspended and unresolved situation. In the words spoken during the brief exchange between soldier and artist (Is it yours?/It’s everyone’s), the intrinsic quality of universal values is emphasised, one that escapes human control.

The project invites us to reflect on actions that are now part of everyday life, such as taking a picture with a mobile phone and then sharing it on social media, raising questions about the ways social media spaces are exploited and under constant government control.

The work considers the civic and collective value of photographic archives, which contain and share uniquely private memories, and the sense of loss of the right to control one’s own image when it comes to intelligence archives used by governments to classify private individuals. The work describes a state of permanent emergency in a refugee camp where, despite this, life inexorably goes on.

This year, you’re taking part in the NEoN Festival in Dundee with a new work – Opaque Documents – inspired by your residencies at the Dheisheh Refugee Camp in Palestine. You’ve worked with the local community in the field exploring the value, role and perception of the photographic image – analogical and digital – in a context of continuous occupation and conflict where the advertising of images shared on media outlets contrasts with intimate personal images. How did you relate to this aporia?

I think the contradiction is inherent in the very existence of a refugee camp and, as such, we all become part of it when we start reflecting on the meaning of citizenship. The central question in the refugee camp is how to make sense of everyday life when you don’t want to accept the political situation. Based on this premise, I proposed to the participants of Campus in Camps, a collective with which I have collaborated, to work with what we had in common: the digital images on our mobile phones, since we all take them. The idea was to start from the act of recording everyday life so as to embark on a collective journey that would explore the politics of representation. I was running the module, but I had to find a way that would allow myself to ‘unlearn’ the concept in order to understand it anew, together with others. During this process, the experience of living with a family in the refugee camp is what led me towards family photographs kept in boxes and photo albums. An experience that was necessary to create my own perception of the place. Soldiers often entered the camp at night and could break into people’s homes at any time. As I did not speak the language, asking to see family albums was a way to get to know each other. And it was during a conversation with Abla (with the help of the translation of her sons) the mother of the family that hosted me, that I discovered that these soldiers sometimes destroyed photographs of people’s daily lives, weddings and shared meals, in front of them. It was a form of violence I hadn’t heard of before in the camp and that prompted me to ask a question: how do you burn a photograph today? This was the starting point for the work I am presenting at Nomas* for NEoN. 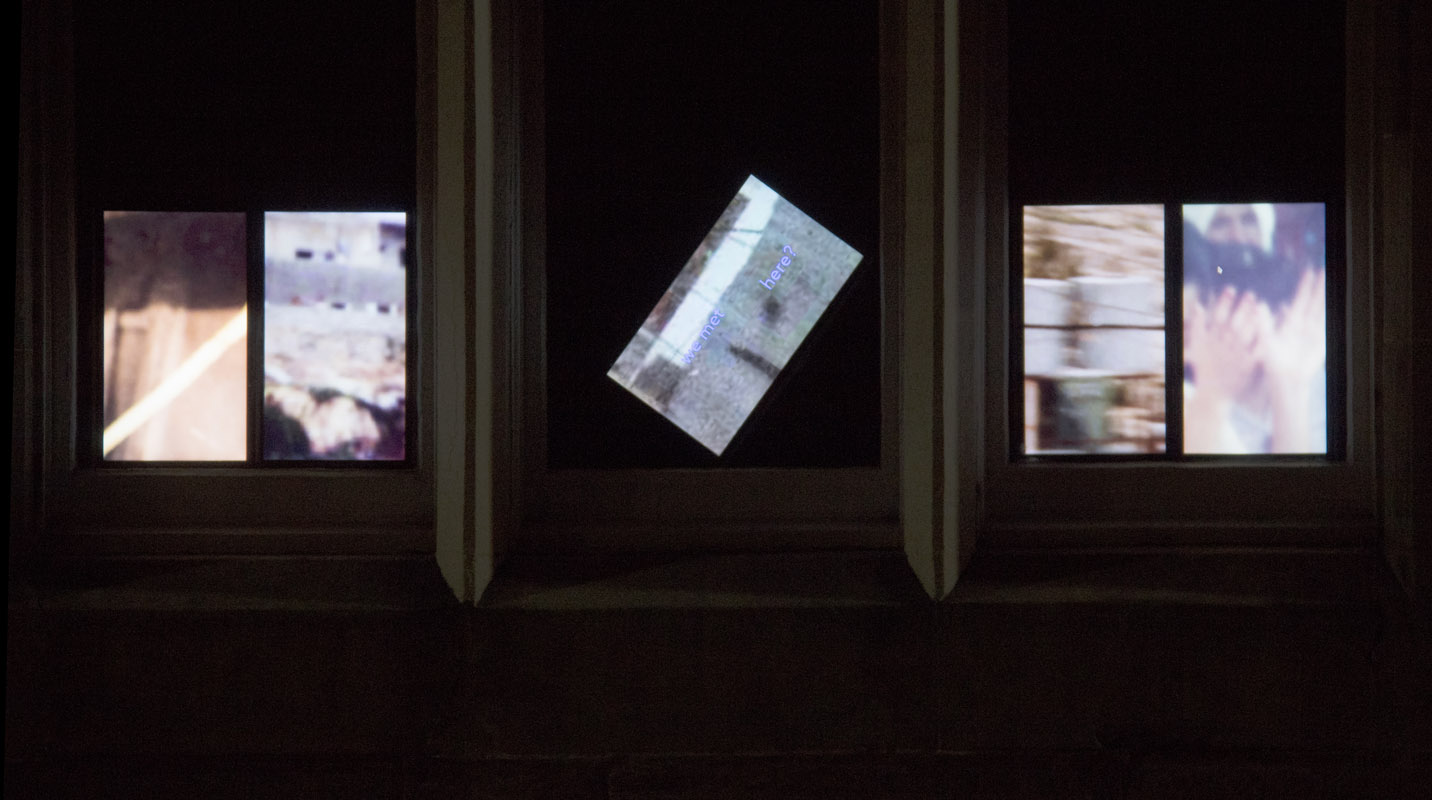 What is the role of photo archives and image digitisation for the local community and, possibly, for artists?

For the community the role is essentially tied to the fact that, in this way, they’re able to transmit their own history and the history of their people, a history which has been systematically repressed since 1948. As far as the artists are concerned, thinking of my own experience, they have two duties: the need to help build, re-assemble and actively participate in order to make a story stronger and held in common, a story that is scattered and fragmented for many people, especially in the West. The other duty is to reach an understanding that the idea of the archive and the power it assumes changes every time, according to the places and stories in which we are situated. It’s up to us, as artists, to avoid imposing a pre-packaged idea, but to wait for a possible ‘other’ understanding which might not even happen. 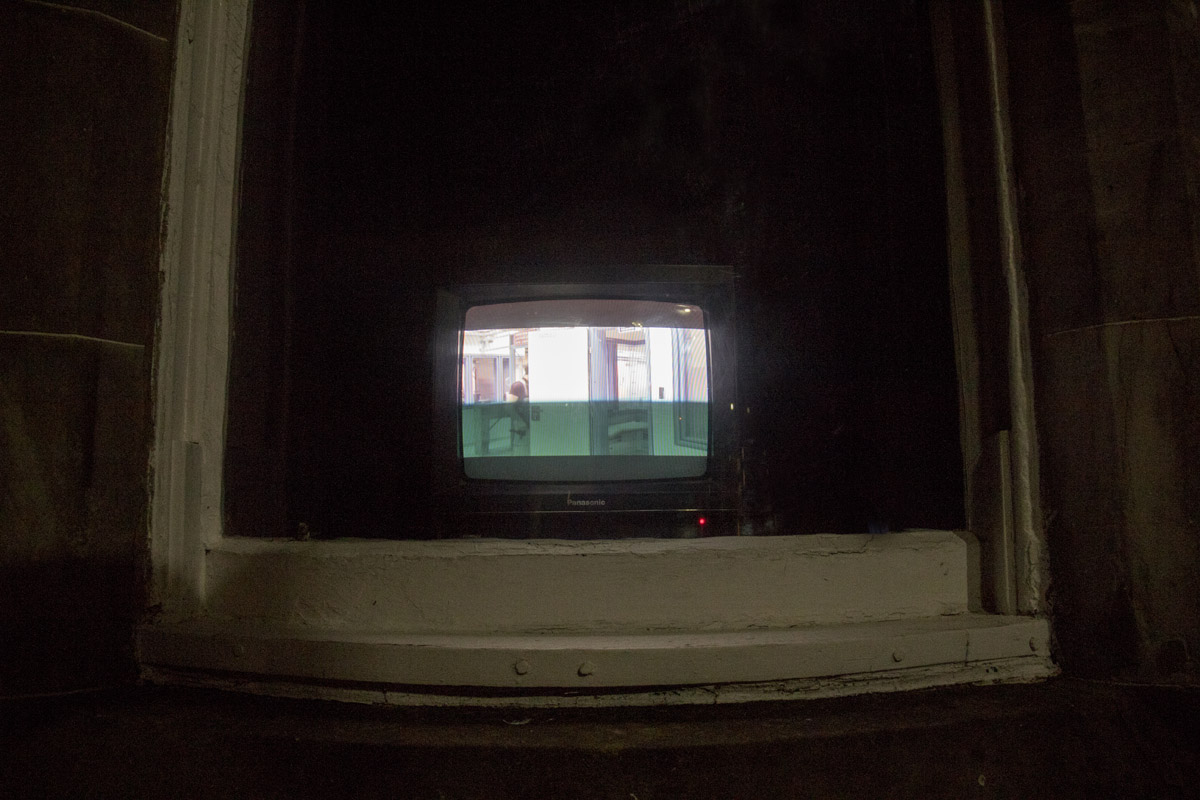 Nomas* – where the work is on show – consists of display windows facing a street. How did you relate to this space? Do you think it somehow fits into the public/private theme I was speaking of earlier?

I immediately found the space at Nomas* very interesting, even if it was naturally complex to solve, especially for video, since the nature of the space eliminates sound. As a result, I tried to work on the boundary line which seems to divide the public and private. I thought of the street, the passers-by, the cars, the idea of a window and the city. This process certainly helped me to get to a point where I could picture the work.

In four of the videos you created for this project, you explore the images, zooming in on marginal, lateral aspects. This movement guides the spectator’s gaze into a forced visual flânerie, until the images are reduced to the photographic screen, mere pixels, and the meaning is lost. The photographer’s gaze is replaced, in a certain sense, by this process of exploring the image and then cleaning it and correcting it. Do you want to tell us more about this?

This part of the work was a way of finding myself in the images. My presence often emerges in an almost clumsy way in my works, which is useful in order to bring the work together and also gives meaning to the fact that I find myself in the place and with the people whose company I’m sharing. In the case of Opaque Documents, it took me several years to ‘find myself’ in the work. In 2014, together with the participants of Campus in Camps, I created ‘Voicing the Private’, which consisted in the projection of the camp’s spaces, using the photographs that were archived and shared during the programme. In 2016, on the other hand, when I returned to Palestine, I had the opportunity to interview one of the camp’s inhabitants about the history and details concerning the presence of photography in the refugee camp. I thought back to the tireless work that had been carried out in order to photograph the pictures lent by the families for a few hours and then returned to the community of the Dheishe Refugee Camp. The question that has been running through my mind for years is the following: how do you burn a photograph? I took some of the images, especially those that were part of the category ‘gatherings’ and which depicted daily protests or everyday actions in the camp. I then started a process of repairing the images while filming, so that I could externalise and observe my personal ‘gaze’ and work through the images. Even the writing over the image, errors, failures and any second attempts: “try again…” is about what we have in common in our daily lives. 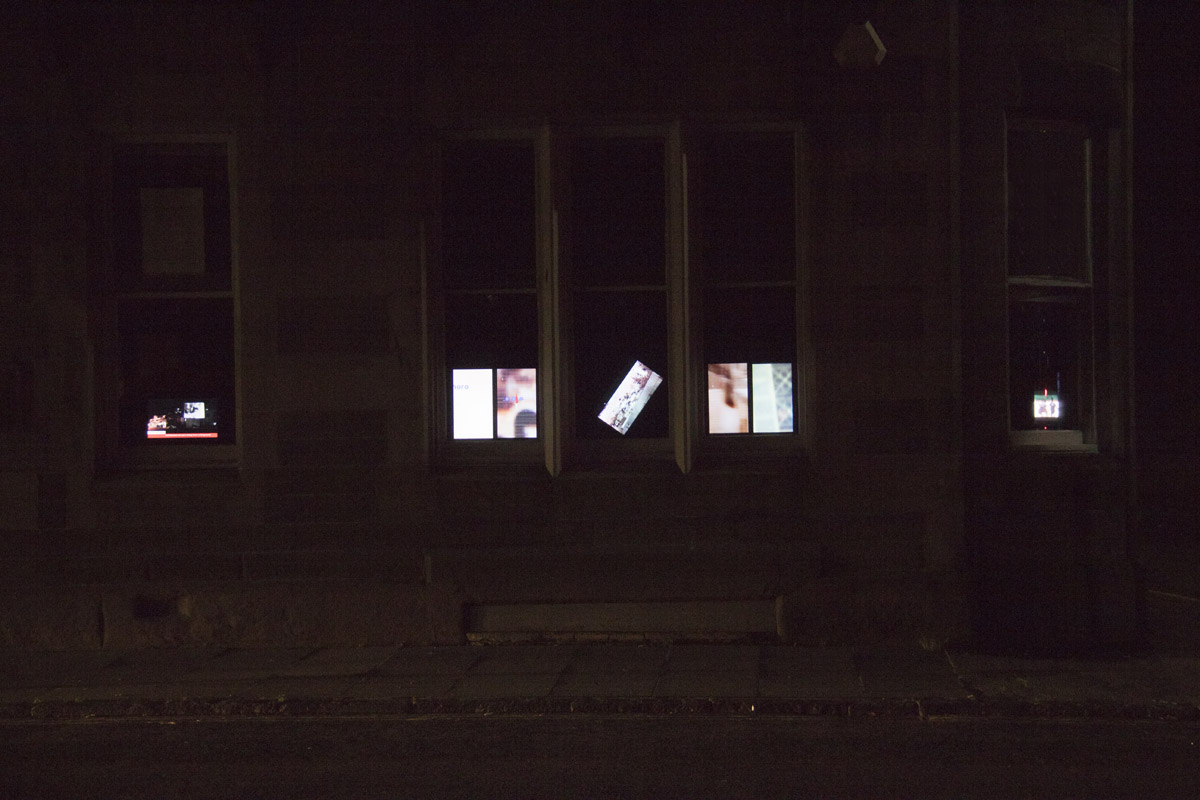 This year NEoN is dedicated to the theme REACT, activism in digital art. What role do you think the artist can play in activism, digital or non-digital? What is your primary responsibility, both civic and cultural, towards the work and the community involved at a time when images are disseminated, contaminated and shared through the Internet, social media and the media?

I think what can emerge when art is inspired by activism, and vice versa, can be powerful, but I also believe that the slogan “art can change the world”, together with the idea that the artist must often ‘serve’ this aim, has become a binary question, there are those who agree and those who don’t.

Personally, I believe that the answers already exist and that art can often tell us where they are hidden, but doesn’t necessarily reveal them. Even when it seems that the works are crying out for answers, they still have no way of checking whether they’re properly received or not, and if they had, making art would be so boring! Certainly, the element that I believe art and activism have in common is the responsibility to create something that will have an effect which must be managed without us in the future, possibly going towards a chain of irreversible failures.

As for digital activism, I’m curious to see what new generations will do because democracy is currently threatened and being put at risk by digital activism, one that is in the service of capitalism and, in turn, the production of extreme right-wing populist states. Perhaps the only way to counteract this is to demolish these devices, or perhaps use them? I always remember what Nidal said in his interview: “You can’t make a revolution by technology, you cannot.”