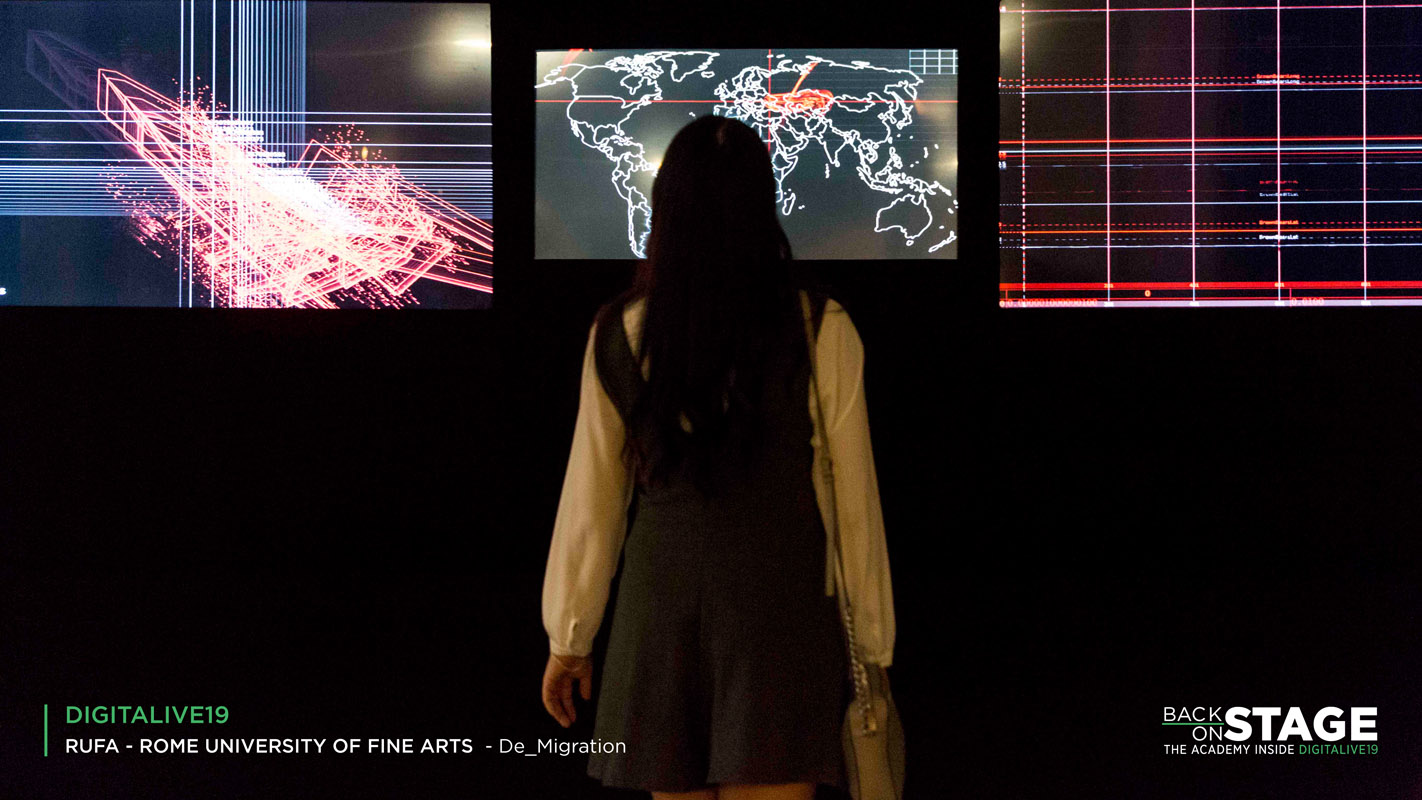 Romaeuropa Festival. This year Digitalive19 invited some students of the RUFA Academy in Rome, to present their work alongside the many artists from the international scene that the Romaeuropa Festival involves each year.

De_migration is an interactive installation created by the students and displayed in the Mattatoio’s Aquarium space, taking up the Landscape theme. It presents the perspective of those who are approaching the world of art, bringing with it all the power of youth with a critical spirit and strong sense of change.

The three screens in the hall represent graphic data, taken from NGOs, on the migratory flows of some animal species. From the glass window surrounding the room, spectators can see abstract white images moving slowly across the screen. A calm atmosphere accompanied by continuous electronic sounds with between them, an animal world that lives and migrates undisturbed. 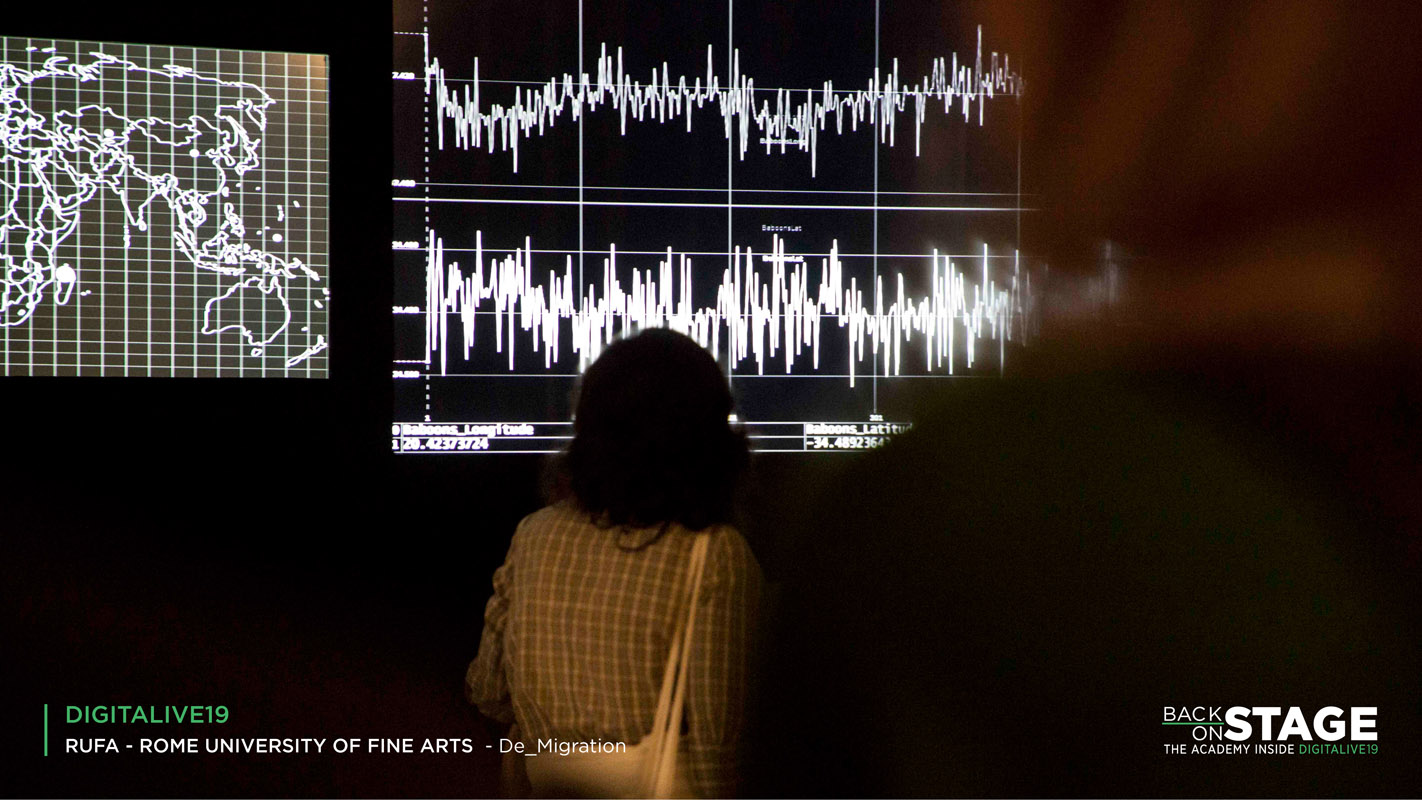 Suddenly, when the spectator is about to enter the room, when man arrogantly interferes with the natural cycle, the images change: from pure white to an intense red. A sudden awakening, signalled by the sound that becomes disturbing, a speeded-up image and the colour red, assaults the audience. A critique that wants to target the viewer in a direct way to raise awareness of a geographical landscape, that of the animal world, which has increasingly been sacrificed as a result of the selfish expansion of the human species.

Here technology becomes an ally: generative images, sounds and interactivity, which in this contemporary era are used as an effective means of communication, are not used to provide pleasure but, on the contrary, to strike viewers and divert them from their everyday calm. What is far away, and therefore invisible to man, becomes visible and real on the screen. Perhaps viewers even become aware of one of the greatest problems which globalisation and capitalism has ushered in the contemporary era. 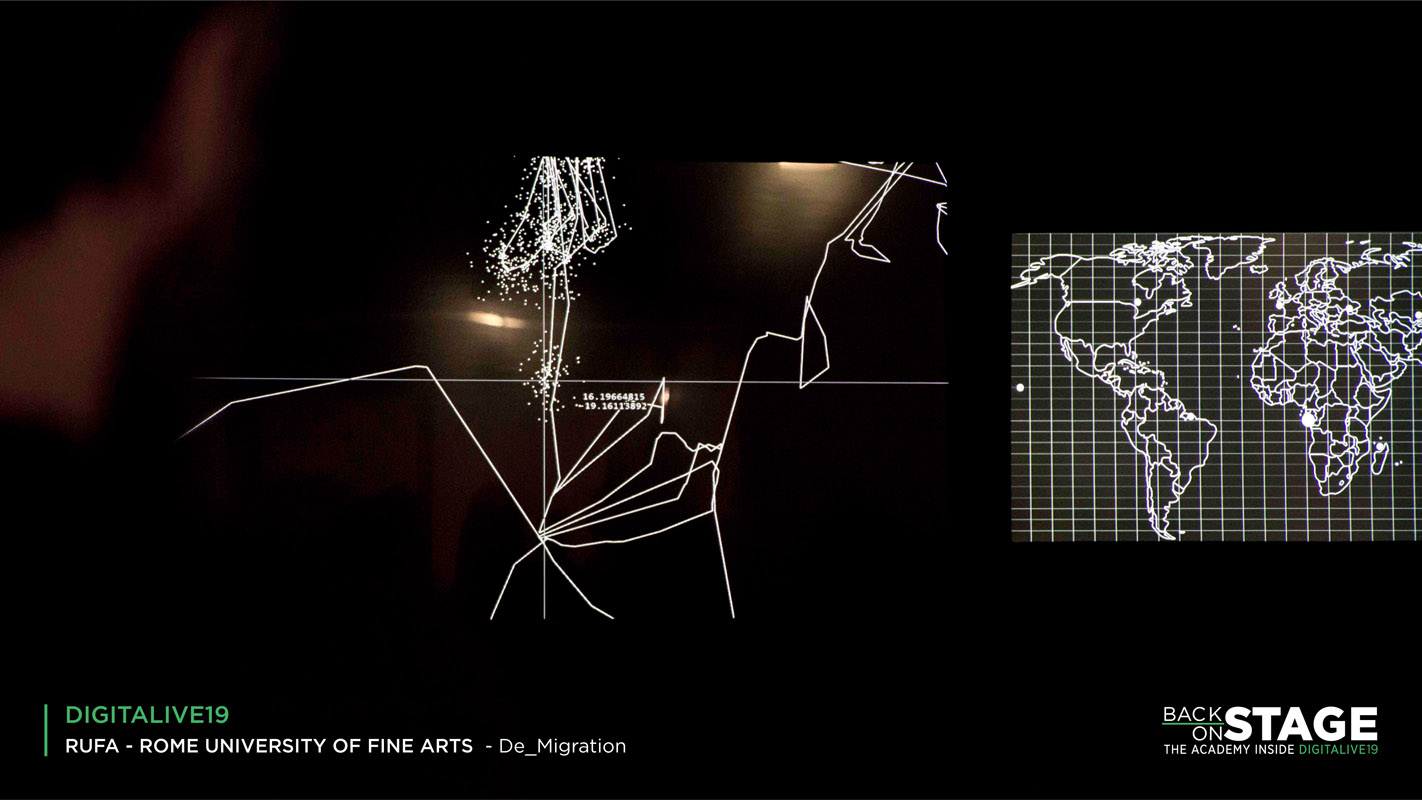 The students’ thought processes produce an image that is certainly pleasing to the eye of the spectators, with strong colours emerging from the black background of the screen, hiding a tragic reality behind a seductive aesthetic. The hope is perhaps that the distance from these screens, from the bleak truth, does not mean negating what has been digitally shown.