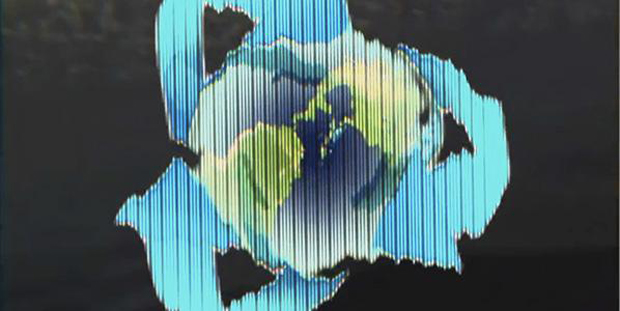 The interface is the boundary across which information is exchanged, causing a transformation in one or both sides of that boundary. This exhibition features art that disrupts or bypasses this interface. Interfaces have always been a site of control, hidden in plain view: symbolic, social or technological. They facilitate and shape the dialogue that happens between different tribes from religions, scientific or philosophical backgrounds; between components of computer systems; or between machines and living beings.   Technological/designed interfaces deploy audiovisual and tactile inputs with touch screens, mice, joysticks and buttons on our mobile phones, games consoles, televisions, radios and laptops. Amazed and engaged, we forget to question how we might be being dominated and reprogrammed by the very facilities that were supposed to free us as part of the Digital Revolution. Lori Emerson suggests this is an «overwhelming push to disempower users/consumers with closed devices».   The artists in this exhibition, critical practitioners in art and technology, lift the veil on contemporary interfaces; setting out alternative routes, aesthetic visions and disruptive behaviours.

ISMAR 2014 (International Symposium on Mixed and Augmented Reality) will cover the FULL range of technologies encompassed by the Mixed Reality spectrum, from interfaces in the real world to fully immersive experiences.   Augmented Reality (AR) and Mixed Reality (MR) melt the barriers between virtual media, the physical world and our imagination by enriching our ability to interact with all three. New applications in diverse areas such as Engineering, Entertainment, Arts, Education Media and Humanities push the boundaries of science and technology. As the premier conference in the field, ISMAR is responding to this evolution by expanding the program scope.