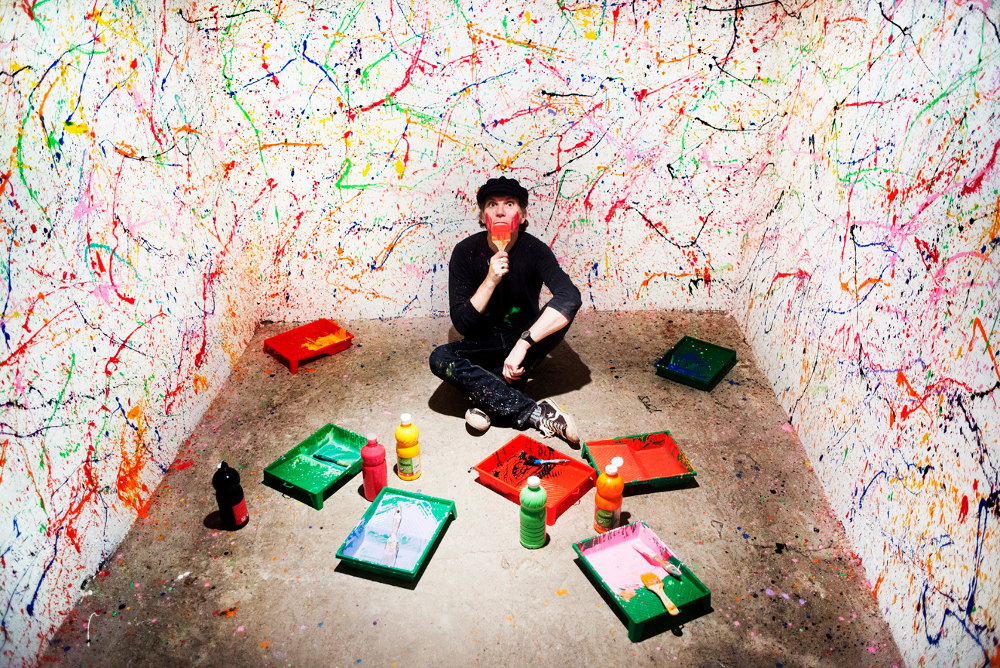 Wunderkammern presents «Anony(fa)mous», the first Italian solo show by celebrated French artist Jef Aérosol. Jean-François Perroy, better known by his pseudonym Jef Aérosol (1957, Nantes), is an uncontested pioneer of international street art. Without discrimination, he creates portraits of public figures and notorious personas, of anonymous characters, street artists, passersby, beggars, and children alike: all are preferably depicted in black and white, and characterized by an enigmatic red arrow, the artist’s renown signature and «brand». Actors in the contemporary visual panorama, Jef’s protagonists seem, ultimately, to all look alike, as if both the consequence and contradictory mirror of the same collective tissue that defines them. 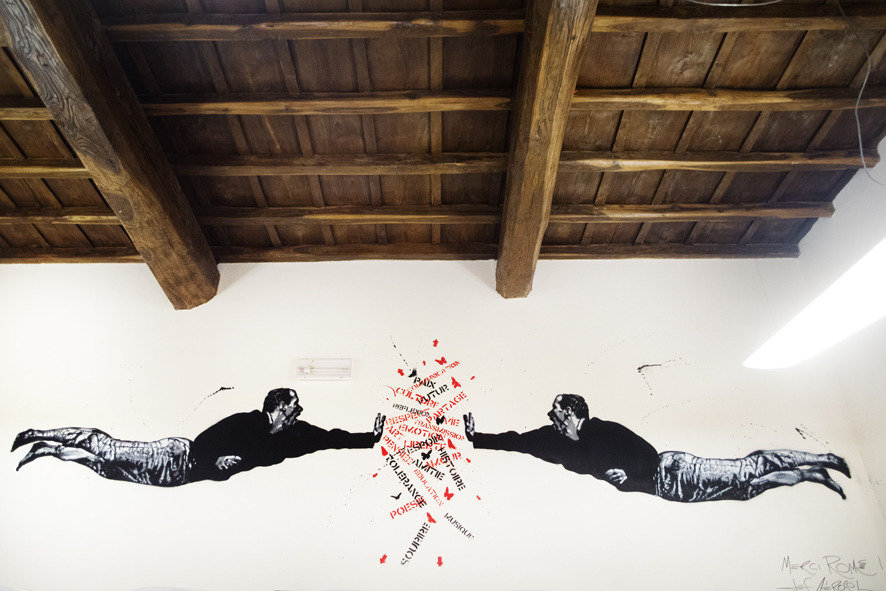 For «Anony(fa)mous», his first solo show in Italy, Jef will investigate the fine line between absolute fame and complete oblivion through iconic shapes and  stereotypes – both renown and anonymous – in search of the hidden place where extremes meet and are identified, to then be cancelled out, infinitely. Famous characters and everyday people, young and old, alive and not: they are depicted together in order to highlight the pure humanity of each. Without distinction, in an entertaining, open challenge to existing mechanisms of contemporary communication, capable of glorification and condemnation, of establishing importance and invalidity of private lives equally worthy of attention and respect. As Jef reveals to us: I starify the anonymous and I anonymize the famous. I take them all back to their «human status», insisting on the fact that, famous or not, we’re all the same and a star is a human being before anything else. The artist has collaborated with galleries, museums, and institutions of the highest international esteem. Among his works is the legendary Chuuuttt !!!, a 350 square-meter piece executed next to and in collaboration with the Centre George Pompidou in Paris.The exhibition is accompanied by a variety of street-art installations  created in various locations around, an ideal beginning point and continuation of the works on display in the gallery. (from the press release)

The war of Piero Manzoni