The war of Piero Manzoni 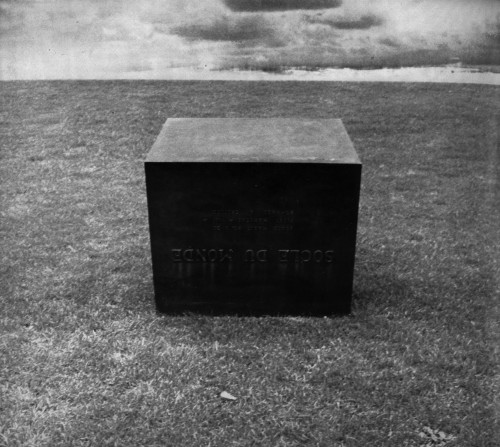 Piero Manzoni (Soncino, 13 July 1933 – Milan, 6 February 1963) was a brilliant and restless thinker, an ironic intellectual (whose irony was also directed at himself) and an unpredictable researcher whose step was capable of burning the ground of the present and touching the creative horizons of the future. He was a luminous figure who, in less than a decade, modelled visual strategies aimed at creating a new measure of art. In fact, his was a project that drives one’s vision beyond the distinct boundaries of representation to «discover the unlimited meaning of total space, of pure and absolute light»[1].

After several untitled works in 1953 and a sketch made for Cleopatra by Carlo Simiani[2], after a period (1956-57) dedicated to coloured moulds, anthro-morphological figures, expressive forms exploring the roots of the subconscious, canvases covered with tar or paintings made with the imprints of objects of daily use immersed in paint (buttons, keys, scissors, tweezers), after several radiant Hypotheses and after having developed a series of declarations[3] (of project intents), Manzoni drove his reflections between the folds of a linguistic flow that deletes every connection to colour and focused his aesthetic lens upon the purity of art as a mental thing.

Domani chi sa (1956), Wildflower (1956), Milano et mitologia (1956), Tenderly (1957) and L’immagine interiore (1957) are only some of the works bearing witness to this initial commitment which – for the artist – was the matrix of a booklet aimed at demonstrating that art is not a trivial descriptive phenomenon but a fundamental scientific procedure. After all, «whether it is the representation of an object, fact, idea, dynamic phenomenon or not: a painting is only worth its being on a whole: it needn’t say a thing: it just needs to exist; two matching colours of two shades of the same colour are already a rapport that is foreign to the surface’s meaning – unique, unlimited, absolutely dynamic: its infinite nature is strictly monochromatic or, better yet, colourless […]»[4]. 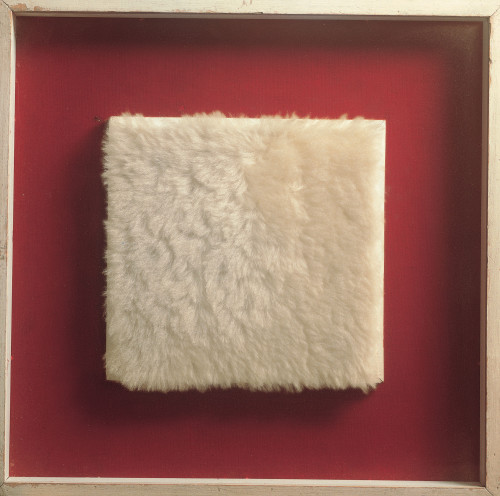 In late 1957, by burning some bridges, Manzoni created his first Achromes with surfaces soaked in glue and «white clay used in making porcelain»[5] with the purpose of completely corrupting the painting in order to recover its surface and immaculate silence that coincides with the expressive power of thought. «The developments of new conditions, the emergence of new problems imply the necessity of new solutions, new methods, new measures: we do not detach from the ground running and jumping: it takes wings, changes are not enough. The transformation must be whole», he wrote in an account published in the second and final number of Azimuth.

A fine art critic and brilliant writer in describing the various cultural environments of his time, Manzoni progressively accelerated a crumbling process under the profound strikes of art, every aesthetic «respectability» that sanitizes the image from an impasse of any figure, that removes formalism and conformity in favour of an absolute purity which is the very idea of the artist – to the point of creating a full and sophisticated moulding direction which, according to Gillo Dorfles, leads the artist towards being «more than any other, even more than Fontana himself (who many believe preceded him) the true precursor of the encounter-clash between objectuality and conceptuality; or – if we prefer – between object and project, between the non-objectual project and conceptual object»[6]. 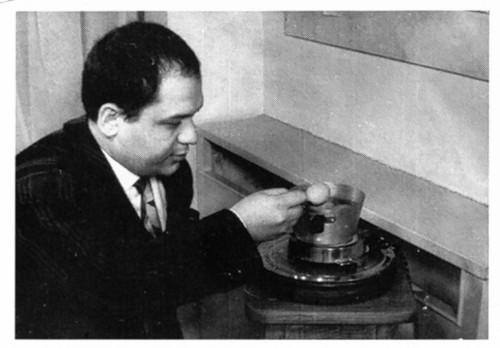 In 1959, aside from continuing his research on the achromes alongside the adventure of Azimut and Azimut (the gallery and the magazine) or the various manoeuvres created with the Gruppo Zero[7], Manzoni presented la piccola Atene in riva al mare (Milena Milani), his first Linee «closed up in carton cylinders with a handwritten label to certify its verification, only one of which is unrolled almost didactically for its entire 19.93 metres»[8]. It is a new thunderbolt shot with the power of thought to underline the urgency of achieving art’s unlimited possibilities, to master the sublime symbols, or –rather of the one, two, three and four dimensions of space, etc, of the horizon and of the azimut (L. Borgese).

Creator of worlds, of manoeuvres aimed at rethinking daily experiences and to create a counter-icon capable of dissipating the commercial system of art and the various advertising excerpts or means of mass communication and (mis)information, Manzoni built a visual temperature that not only appropriated the physical nature of the surface but accelerated the question to reach the boundaries of painting and create a space in which «time finally makes itself visible and a contributor to art as well»[9]. 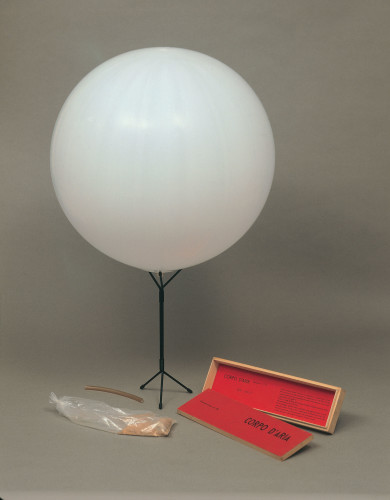 Then, on 3 May 1960, the first Bodies of air came out and shifted the focus on the relationship of trust that the artist establishes with his public, on the open mindedness of the creator and the «buyer’s acknowledgment of its identity, its existence and the artist’s thought. It is buying Manzoni, not buying a Manzoni»[10]. Other events in 1960 included the birth of a fortunate related work (variation): Artist’s Breath and that June the Bodies  were displayed at Copenhagen’s Køpcke Gallery along with Achrome, Linee and – for the first time – autographed eggs with his thumbprint while on 21 July of the same year at 7:00 p.m. one of the artist’s most famous performances was exhibited: Consumption of Art by the Art-Devouring Public, «a ritual ceremony at which some of the hard-boiled eggs autographed by the artist were eaten by the audience»[11]. During that time, thanks to Paul Gadegaard, Manzoni came into contact with Aage Damgaard (the industrialist and owner of the Angeli shirt factory) who invited the artist for a holiday at Herning. Some astonishing works resulted: Absolute Light Bodies, the Line m.7, 200 and an entire series of works (the Placentarium «the pneumatic screening room» for Otto Piene’s Light Ballets)[12], ideas and Immediate projects…because the possibilities are infinite. 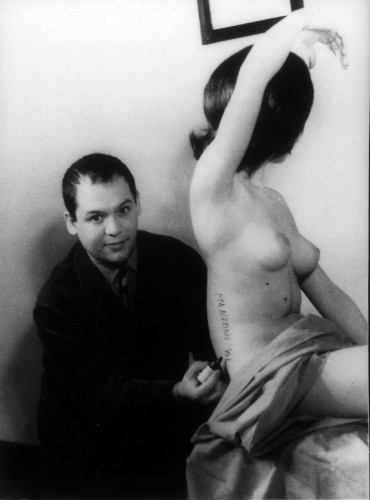 1962 brought Living Work or Living Sculpture, the first Tables of Verification (published in 1962 under the title 8 Tables of Verification for Vanni Scheiwiller) the magic bases and the Socle du Monde, the Authenticity cards (1961-62) which consecrate to art anyone who wishes to be and the 90 cans of Artist’s shit which drilled the proverbial and definitive hole into the texture of the «packaged and commodity-related product»[13] and forever transformed the artist’s body – and his unpronounceable need[14] – into a work of art. Aware of the European cultural climate, Manzoni averted his thoughts through winning thoughts, new lines (like the 1962 metal cylinder version measuring 1140 metres), new projects linked to a free dimension of art which has nothing to say because it only has to be; it only has to exist.

The recent exhibition (curated by Flaminio Gualdoni and Rosalia Pasqualino di Marineo) organized at Milan’s Palazzo Reale (until 2 June), thanks to the prestigious coproduction between the City of Milan and Skira, in collaboration with the Piero Manzoni Foundation, displays his unstoppable career in full, this global strategy, this lesson driven by an irrevocable succès de scandale (Duchamp). 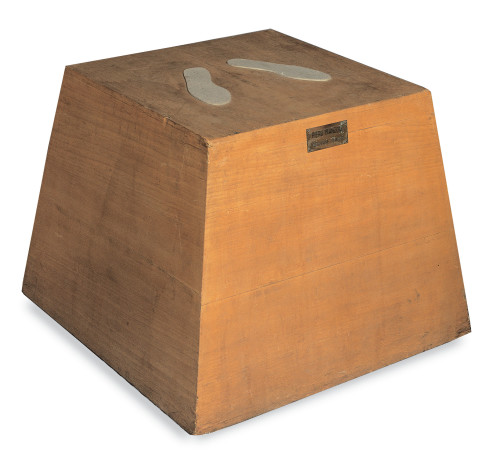