Jonas Mekas at the ZKM Museum 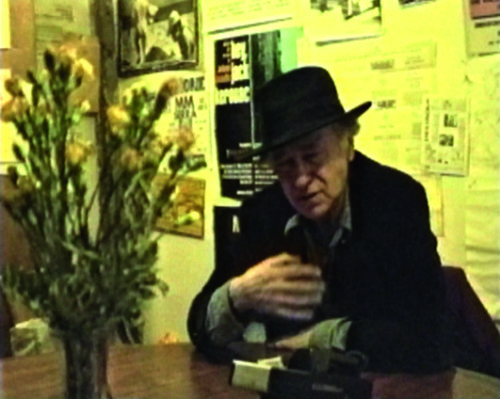 Jonas Mekas’ 365 Day Project (2007), a reflection on the course of an entire year captured in 365 short films, was presented in a large-scale installation on 52 screens for the first time at the ZKM | Karlsruhe. Filmmaker and poet Jonas Mekas, born in Lithuania in 1922, has ranked among the most influential protagonists of experimental film since the 1960s. By way of his films, his comprehensive commentaries and critiques in the Village Voice and the journal Film Culture, which he founded in 1954, Mekas advanced to become one of the foremost figures, the «godfather» of avantgarde cinema. 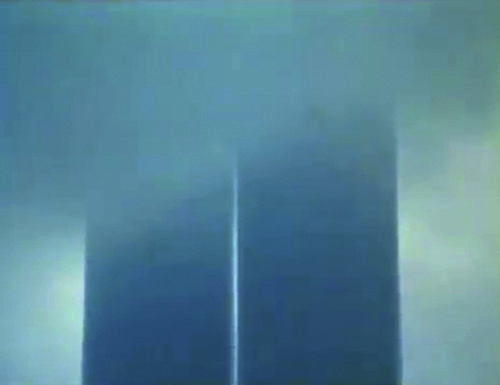 Caught up in the whirlwind of twentieth century social and political up- heavals – expelled from Lithuania, incarcerated in forced labor and dis- placed persons camps in Germany – Mekas finally settled in his second home in New York, in 1949. Over the course of the years he cultivated ongoing critical encounters with the city’s artistic movements (The Beat Generation, Fluxus, abstract expressionism, Pop Art) and their respec- tive protagonists. By initiating the Film-Makers’ Cooperative in 1962, he went on to revolutionize the distribution apparatus beyond the confines of the Hollywood mainstream. When establishing the Anthology Film Archives, of which he is still director, in 1969/1970 he ultimately laid the foundation stone for the research, preservation and exhibition of the genre he had helped to found. His work has since been celebrated over and again in large-scale exhibitions in the United States and throughout Europe and, most recently, in the double exhibition at the Museum Ludwig, in Cologne (2008), the Serpentine Gallery in London (2010), and in DOX, Prague, last year. 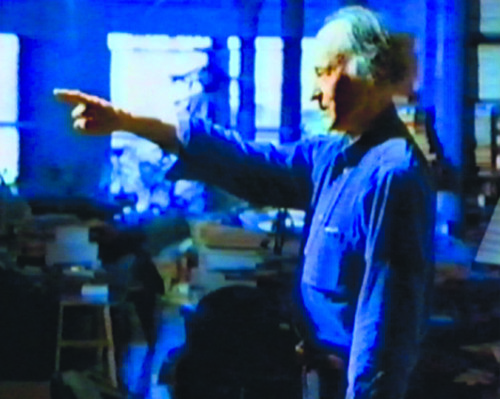 In 365 Day Project (2007), a reflection on the course of a year in 365 short films, to be shown at the ZKM | Karlsruhe for the first time as a large-scale installation on 52 screens, the viewer encounters a diverse collection of excerpts from Mekas’ life. Landscape photographs are alternated with recordings of public events, concerts, meetings with friends, such as Jean-Jacques Lebel or Peter Kubelka, and with archive shots and philosophical reflections, which he discusses in front of the camera, in the kitchen of his Brooklyn home.

However, the elements that make up the 365 Day Project constitute more than just the idea of a consistently kept filmic diary. Moving through the project complex content and formal networks between the single films appear. In the repetition of camera movements, perspec- tives and light conditions, a biotope of references begins to emerge. Mekas understands how to skilfully use the oft-criticized «egalitarian» moment of the digital, to join these networks into a single work through the medial peculiarities of his small digital video camera. In 365 Day Project, his key artistic principle of «re-use», the repeated and multiple use of filmic material from diverse spatial-temporal and medial contexts – concentrates on the material of a single year – 2007.

Mekas’ artistic work pivots, time and again, on what for him represent biographically key themes, such as homeland and remembrance. How- ever, here his works comprise a striking reflection on the formal charac- teristics of the media he uses: from classic 16-mm film via early digital video systems through to the Internet-based video archive and other experimental forms of distribution and presentation. This he develops without any trace of reserve with respect to avant-garde cinema (from the press release).