«Journey to the end of the word» 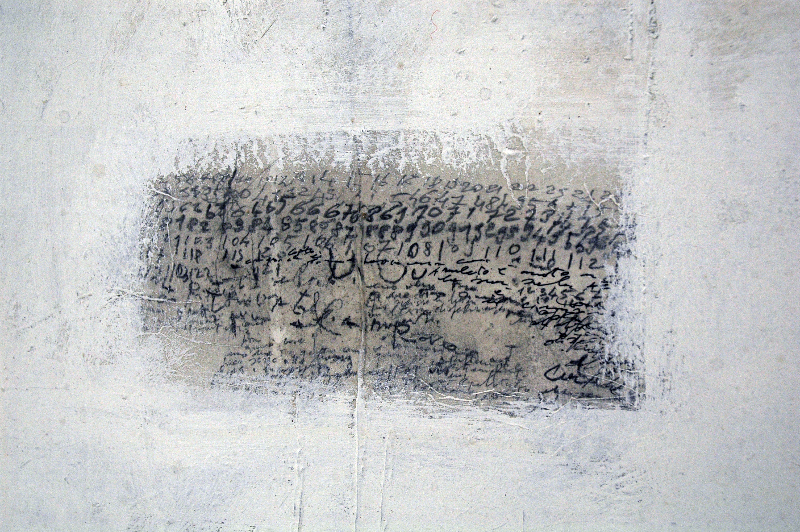 An interaction between art and literature, a constant comparison between two symbolic systems, between sign and writing, among the graphic peculiarities of words and the patterns of an iconic landscape in constant development. But also a series of precious bijections that combine the verbal and figurative aspects within a programme in which synesthetic experiences place the image as word and, vice versa, the word as image[1].

From the viewpoint of an aesthetic exhibit that shifts from the word to examine it beyond the boundaries of poetic language, the Journey to the end of the word is used as a connection, like a bridge between image and harmony determined by the choice of associating the visualization of the word and the transparency (or drabness) of the sign within a single discussion. The theme and leitmotif of the exhibit are trespassing, combination, plurality, the multi-disciplinary choice, invasion, fusion, digging into the subsoil of language[2], between writing and expressive formulas of the present.

Art is a word is what Ben Vautier advocated in a work of his dating back to 2007, a lemon yellow acrylic maxim impressed onto a small black canvas. A word that trespasses, clings to itself and opens onto a linguistic plurality of a «transemiotic» nature[3].

The exhibit offers and accentuates a cultural climate which shortens the distance between different codes to place itself at the limit, on the art’s doorstep, on the precipice of a word that makes total[4] space for itself and strikes the various creative passages with its acoustic and graphic lightness. The show takes us to the point of highlighting a co-penetration between speaking and writing that «does not halt in the face of artificial borders» but «effortlessly overcomes writing’s various graphic limitations; it does not step back from the task of performing the act of writing in front of everyone, going from letter pressing to handwriting (to orality) with great ease[5].» 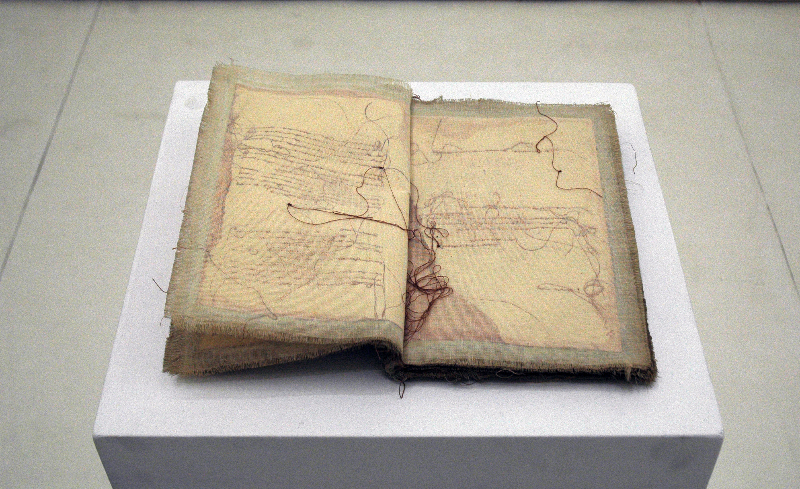 With the use of eight voices (Tomaso Binga, Maria Adele Del Vecchio, Adelita Husni-Bey, Maria Lai, Magdalo Mussio, Damir Očko, Lamberto Pignotti and Lina Selander) which appropriate transemiotic tools and observe the winds of historical avant-garde [6] from new heights,  Journey to the end of the word offers a dual-stage, a double atmospheric design that departs from the second half of the 1950s to arrive at the second decade of the 12st century to show some reflective  continuity (and some discontinuity) regarding the independence of the relationship standing between the broad parables of figurative space (gestures, signs) and the phonocentric dimension. This is a double range of action which not only intends to promote recovery and release or to point out «the strenuous effort of concentration carried out by the words to adhere to the images»[7] but also, above all, it promotes travelling beyond the threshold of literature among the imminent archetypes of poetic silence[8].

Characterised by some of the time-honoured names of visual poetry and the process of the analytical loss of the meaning of a word, the first portion of the exhibit proposes four cardinal points of an aesthetic booklet that examines the verbal-visual experiences created during the second half of the 1950s: the dactyl code by Tomaso Binga, the sewn book by Maria Lai, the typographic overwrite by Magdalo Mussio and the dynamic transmediality by Lamberto Pignotti.  Almost  surveying a reflective horizon that shifts from the osmotic link with «mass-media products (papers, news magazines, advertisements, etc.)», with the various expressions of the iconic aspect that dominates «the graphic-typographic» one[9] and with the dimension of art as writing «that stakes its claim on the model-figurative sphere following another path as well, which descends beneath the line of communication; shifting from a post-linguistic area to a pre-linguistic one»[10], the four prohaireses – collage, handwriting, use of the typewriter from typography, cartoons, television programmes, cinema and various means of mass communication – make up a luminous nucleus of a polysemous and (in many cases) synesthetic plan[11]of a unique and precious cultural adventure. 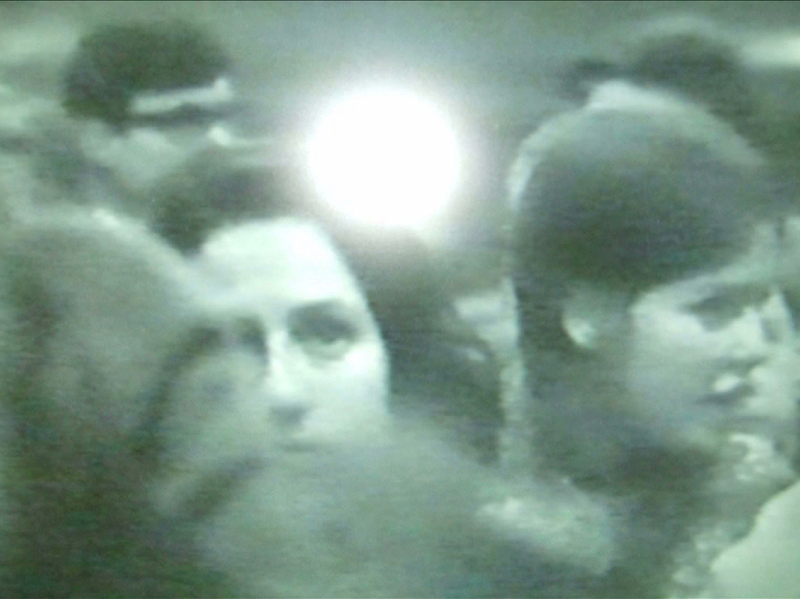 Alongside this sampling which demonstrates four well-delineated paths, four tribe chiefs, four lights which work inter-artistically[12], the names of Maria Adele Del Vecchio, Adelita Husni-Bey, Damir Očko and Lina Selander represent the second stage characterized by contemporary creative climates that are currently playing with a double genesis of art with a «lack of the concept of sharing» (Brandi)[13] or, as Filiberto Menna interpreter of Lyotard suggests[14], with the specific space of the text and that of the figure[15]. There is also, above all, a powerful plus-verbal interaction that demonstrates how some works of art today are still moving (with various techniques and materials) among the heterogeneity of planetary communication and continue to develop an inexhaustible, sturdy, elegant work of interdisciplinary convergence.