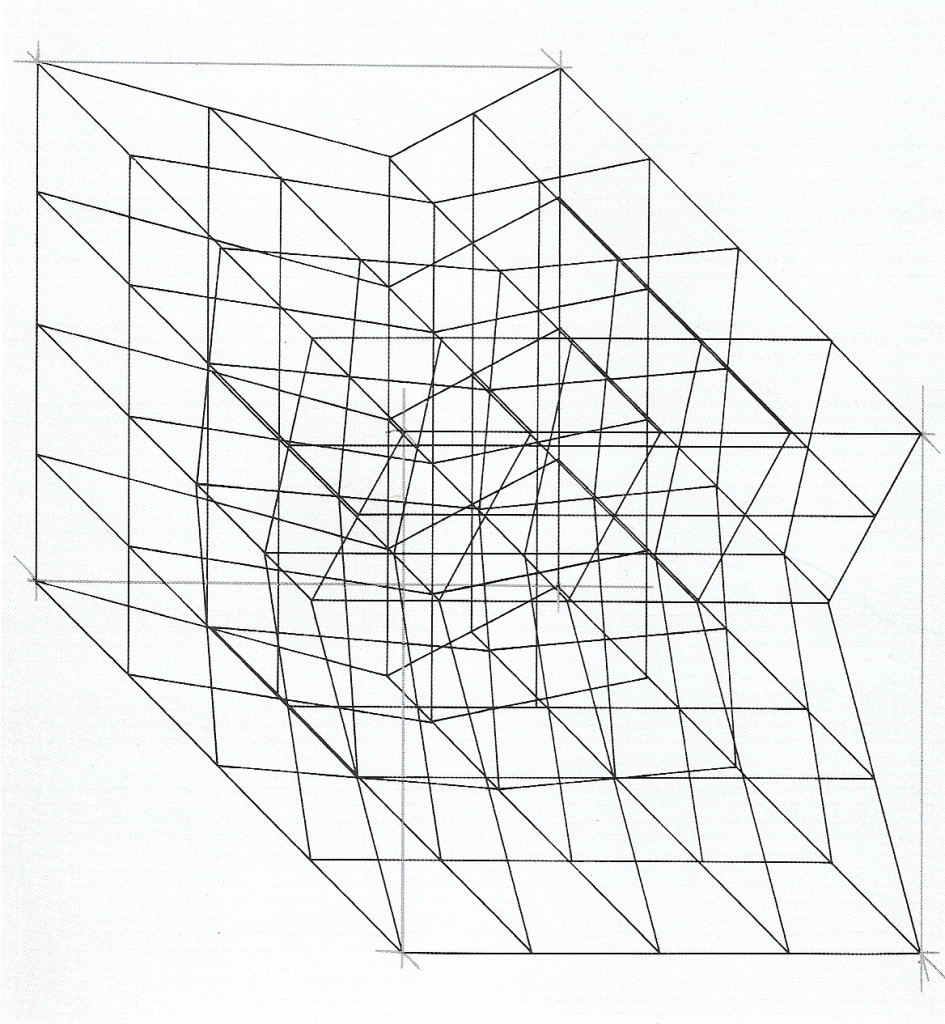 With the firm belief that industrial production is the core of man’s action in the world and that art must tell of the value of innovation, Olivetti is the first important Italian firm to sponsor an art exhibition as a commission. This successful exhibition of «Programmed Art» opened in May 1962, at the Olivetti store in the «galleria» Vittorio Emanuele in Milan, a few steps away from La Scala. Bruno Munari, in collaboration with Umberto Eco, were its main animators together with artistic groups such as the Milan-based Gruppo T, the Paduan Gruppo N—whose members signed their works collectively, mutuating this habit from the methodology typical of the scientific research—and some other isolated figures of artists, like Enzo Mari and, in a second time, Getulio Alviani.

This exhibition, which bears the under-titles «kinetic arts,» «multiples,» and «open works,» would then move to the Olivetti store in Venice, designed by the architect Carlo Scarpa, to be eventually transferred to Rome, Düsseldorf, London, and in various American museums. The exhibition is made up of works whose components are put into motion by electric engines. Their programming is based on the unstable balance between fixed rules on the one hand, and of random elements on the other—random elements were mostly connected to the material employed for the construction of the machines and to the physical forces into play such as friction, gravity, elastic force, magnetic force, dynamics of fluids. Consequently, such a programming produces an infinite number of permutations, to the point that the work of art is eventually characterized by its indefinite form. Credit for the name «Programmed Art» was given to Bruno Munari and this kind of art is still linked with the futurist ideas of movement and dynamism. The artists establish the rules and study their possible variations. At the exhibition, Gianni Colombo, an eminent representative of Group T (where the letter T indicates the dimension of «time» that comes into play in each single work and points out the variations it undergoes over time), presented a «fluid structure» made up with a long tape of translucent plastic material enclosed into a crystal box and set into motion by an engine that, in so doing, generates various different images through a series of random accumulations. Davide Boriani put some iron dust in a disc-shaped structure divided into irregular sections. The iron dust is then moved by magnets located behind the disc-structure and actioned by electric engines.

Munari created Nove sfere in colonna [Nine Spheres in a Column] each of which contains white diaphragms. The first sphere at the bottom is placed on the turn-table of a motor that, by friction, randomly sets into motion all the other spheres held inside a basic and minimal crystal structure. The Paduan Group N presented a series of works, among which we can find a Visione dinamica [Dynamic Vision], where an apparent changing of colors is determined not by an engine but by the very movement of the observer. This exhibition greatly fostered the research on kinetics and perception that investigates on every aspect of our vision, and that places the observer at the core of the work of art through a form that is «open» and unfinished, and that is, philosophically and aesthetically, the interpreter of a reality in constant and rapid evolution. From a compositional standpoint, the artists drew their inspiration from physics and mathematics and their works stemmed from planning: they were not produced anymore through craftsmanship techniques, but through industrial ones. 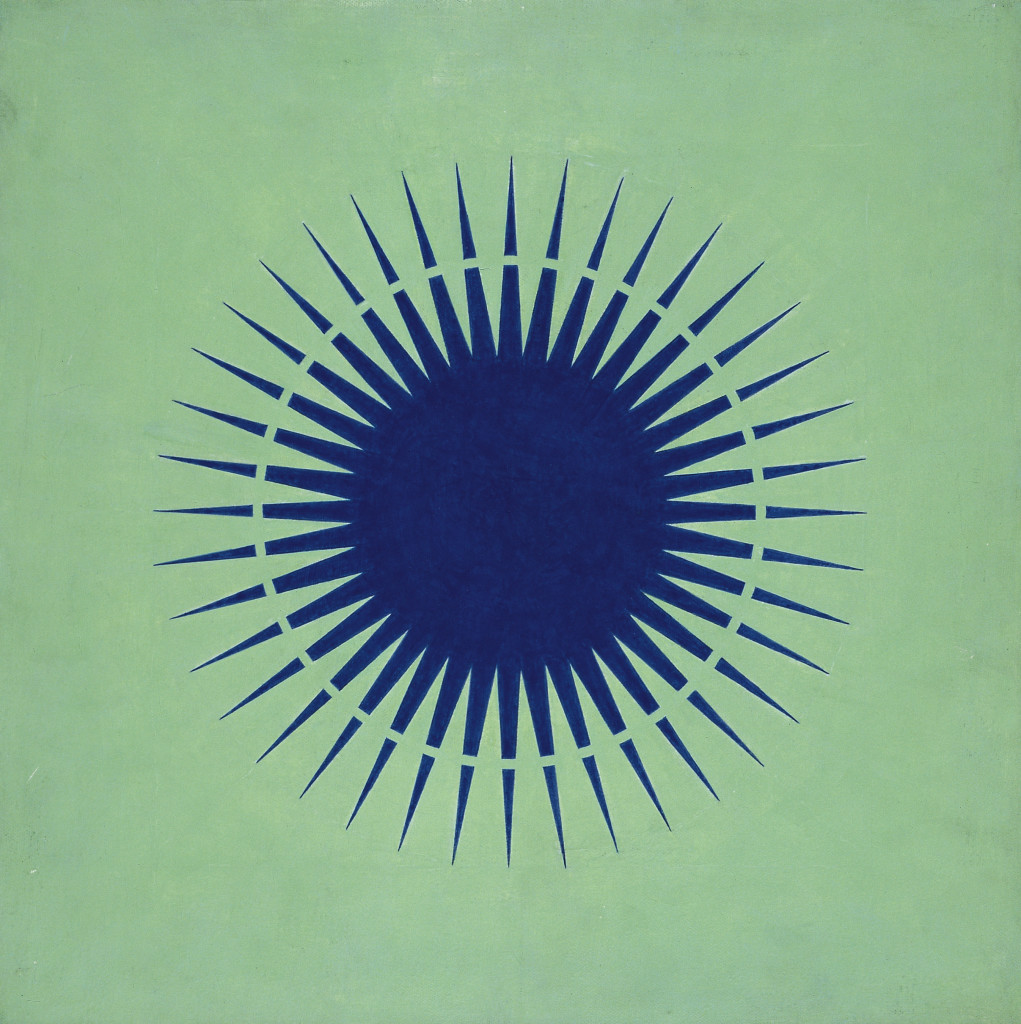 Milan, as the industrial capital of the advanced tertiary sector in Italy, became the workshop of great innovations. Artists interpreted modernity through essential gestures, by deforming pictorial surfaces: monochrome or vibratile, rhythmical and minimal, bent, stratified, milled, molded, cut, perforated, back-lit. Here, we would like to mention some young artists that in those years elected as masters and tutors the couple (a quasi-complementary couple) made up by Lucio Fontana, the «spatialist», and Bruno Munari, the «most perfect»: Piero Manzoni, Agostino Bonalumi, Getulio Alviani, Paolo Scheggi, Enrico Castellani, Enzo Mari, and many others. Gianni Colombo developed an environmental idea of a modifiable art realised with geometrical structures enclosed by elastic and fluorescent ropes stretched into darkened spaces («elastic spaces,» visual-kino-aesthetic programmed spaces). Mario Ballocco, who at the Accademia di Brera launched the first course on «chromatology,» scientifically investigated all aspects of perception, including its «deceiving» elements, to the point of conceiving a painting as actualisation and verification of a given experimental result. Luigi Veronesi carried on his research on experimental film and photography, and investigated the chromatic visualisation of music, while Munari used a Rank Xerox copier to experiment with light.

In December 1959 in Paris, the artist Daniel Spoerri presented the multiples of the Editions MAT (Multiplication d’Art Transformable) with kinetic works by Albers, Duchamp, Malina, Munari, Soto Tinguely, Vasarely, and others. In 1960, this exhibition arrived in Milan at Danese’s (the showroom of one of the most innovative Milan-based companies of industrial design) and constituted the first Italian exhibition devoted to the serial production of artworks (the so called multiples) stemming for a project and not derived from a single original. Spoerri highlighted how it is important that multiples had kinetic quality: «Although the owners of a kinetic work produced in a series of one hundred exemplars own pieces that share the same specific features, they actually own a single specific work as it, in itself, changes continuously». Art is produced in limited or even unlimited series according to communicative needs, in an attempt to downplay the role of the art-star and to favor the contacts between the world of art and aesthetic creation to the individual and his life. As Bruno Munari once said, «only those who confound the price of things with their value don’t pay attention to these types of production». The idea of an in progress research clashed with the mechanisms regulating the art market, which centered on the creation of value of works that are easily recognizable and are displayed as status symbols. Then, at the end of the 1970s, came terrorism and the «lead years.» After a moment of strong idealogisation, design becomes absurdely hyper-decorative and anti-functional, art starts displaying poor materials and some obvious ideas, painting goes back to framed pictures, becomes reassuring (for the market), and citational. In sum, with regards to the experimental instances described so far this represented a backward step.

Does Art Have a Future?

Bruno Munari once wrote: «When everything is art, nothing is art», confirming that when chaos reigns it is difficult to put things in order. Metaphor aside, we can say that Munari’s paradox is still valid today. In mere statistic terms, the number of artists active in the main centres of contemporary art, leads us to suppose that many of them, and quite certainly in for the most part, will not be featured in art history books, despite their massive presence in the media. Still, in constrast with what we just said, the number of professional artists is steadily increasing. But is in fact the work of these artists useful? What is the actual function of art today, besides any obvious consideration on its function as luxury good, safe-asset, or highly volatile investment? Art makes sense if it stimulates fantasy and creativity, if it helps people educate themselves and thrive according to their own nature, if it reveals itself showing its internal functioning, so that it can be replicated and understood within a process of learning by doing on the part of individuals following its rules. It should be an ‘exact’ and rational art, that may foster and expand the expressive capabilities of any language and visual culture. We believe that art can be interpreted as a means to achieve objectives that are beyond the boundaries of the work of art, that for this very reason cannot soar to final goal of the artistic endeavor. Art is indeed the means and not the goal.

This is the last of four parts of an article by Luca Zaffarano that originally appeared in Italy on the magazine «Ithaca.Viaggio nella Scienza/A Journey into Science», n. III, February 2014, http://ithaca.unisalento.it/nr-03_04_14/Ithaca_III_2014.pdf (original title: Arte e Scienza. Dal Futurismo all’arte Moltiplicata). The magazine is born as an initiative of the Department of Mathematics at the University of Salento and it opens to the cross of a variety of disciplines. This article was translated from Italian by Francesco Caruso. The first two parts of the article were published on Arshake on April 22nd and on April 30th, May 8, 2014. The article moves on Arshake from focus to news from the past as it goes back to the history of Futurism while linking to a current event, that is to say, the exhibition «Italian Futurism, 1909–1944: Reconstructing the Universe» at the Guggenheim Museum, New York, 21.02.2014– 09.0 1.2014.

«Journey to the end of the word»