by Michela Ruggeri
in exhibitions

Sound poetry is “an interdisciplinary artistic output in which the vocal features, sometimes applied to writing, sometimes detached from it, play a key role through their connection with visual, gestural and musical forms of expression.” A revolutionary act carried out by the avant-garde of the 20th century, sound poetry represented emancipation and freedom from traditional practices, which were solid and reassuring; a decomposed gesture but at the same time significant, addressing new rebellions and claims. From the 1950s, this so-called phonetic poetry was enhanced by technology allowing it to become sound poetry. 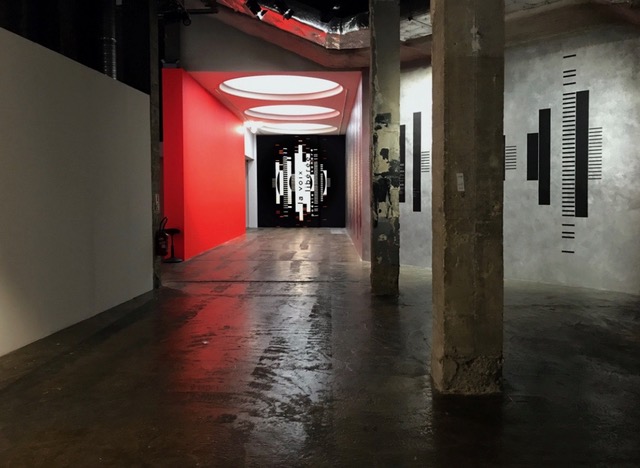 The exhibition at the Palais de Tokyo, La voix libérée – Poésie sonore is aimed at recovering an overview of these practices, from the second post-war period to the present day, analysing the research of those who today want to assert their uniqueness in a noisy and continuously expanding world.

This exhibition is designed “as a place to be listened in, a transmitter creating a frequency that passes outside the walls of Palais de Tokyo thanks to an application providing an open, free-of-charge download of the exhibition’s sound programme, as well as a multitude of sites, radio stations or reviews which will extend this experience of sound poetry during the entire spring of 2019.” (1) 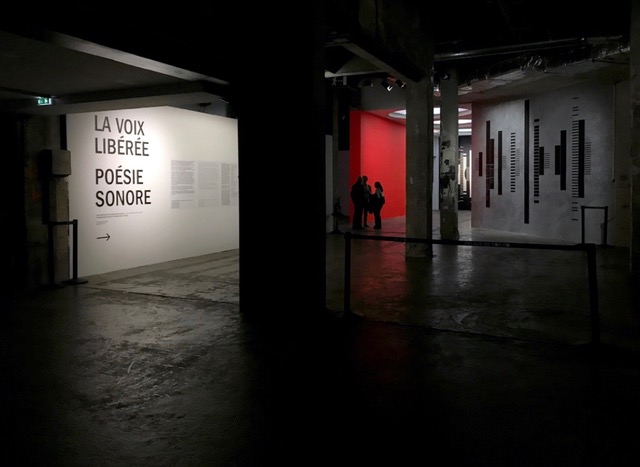 “La voix libérée – Poésie sonore” is expressed in various other forms: a day of performances (on 27 April), a series of events in collaboration with other cultural institutions in Paris, and an App catalogue, with all the audios of the exhibition, that can be freely downloaded.

There are a range of artists participating in the event, bringing to mind the notebooks kept by poets in the 1950s, filled with notes, patterns, words and coloured ink which would then be given a voice, transforming the joyful graphics of words into sound. Later on, as well as the pen rebelling against straight lines, new instruments were used to record the audio sound, deconstructing and reassembling pieces, which is what was happening in contemporary visual art collages. 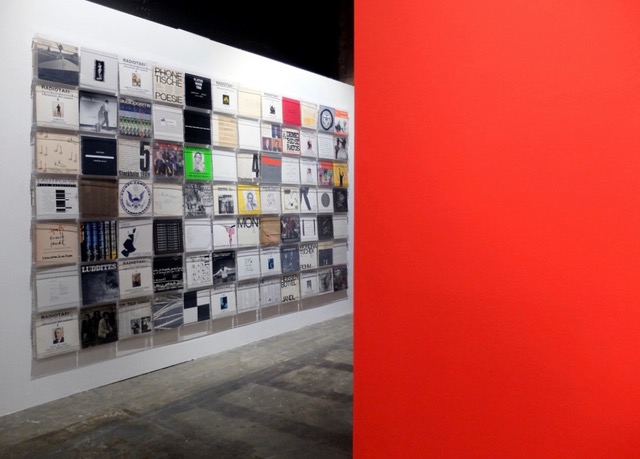 “With electronic research,” writes Henri Chopin, “the voice has become concrete at last.” (3) The technique used in the 1960s allowed the voice to be altered, changing its speed, adding echoes and reverberations. From paper to microphone, sounds were amplified, superimposed, recorded on tape and became plastic material in contrast to live performance. Street sounds were included, traces of everyday life that accompanied the act of poetic creation. 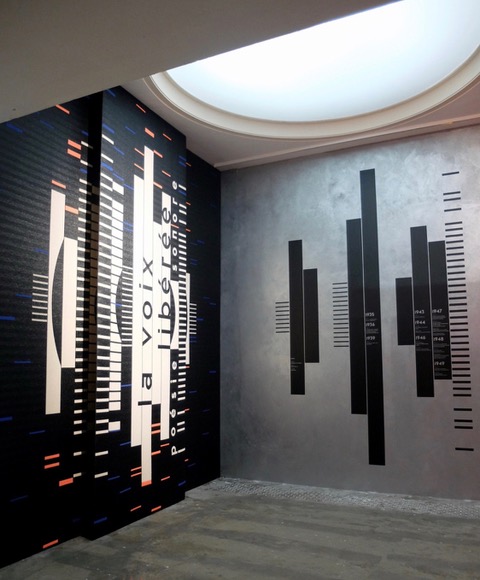 Finally, the exhibition takes a look at the contemporary landscape, performed by many young poets all over the world. These are experiments in the digital field that have the legacy of the second half of the 20th century as their starting point, but which investigate the most recent relationship with technology, mass media and the communication society.

“La voix libérée – Poésie sonore” is a project supported by the Palais de Tokyo and the Foundation Bonotto from Molvena (VI), which houses a collection of over 16,000 documents in various formats: audio, video, posters and books by Fluxus artists and Concrete, Visual & Sound Poetry (4).