An important corpus of works by Lamberto Pignotti is currently on show at the Torre di Moresco Centro Arti Visive. This is presented by the Lamberto Pignotti archive and the Kappabit publishing house, which has also published the elegant booklet Lamberto Pignotti. Cronaca di tutti i fiori esclusi dal perimetro di un fiore (Chronicle of all the flowers excluded from the perimeter of a flower) by Antonello Tolve in order to outline the intellectual itinerary. 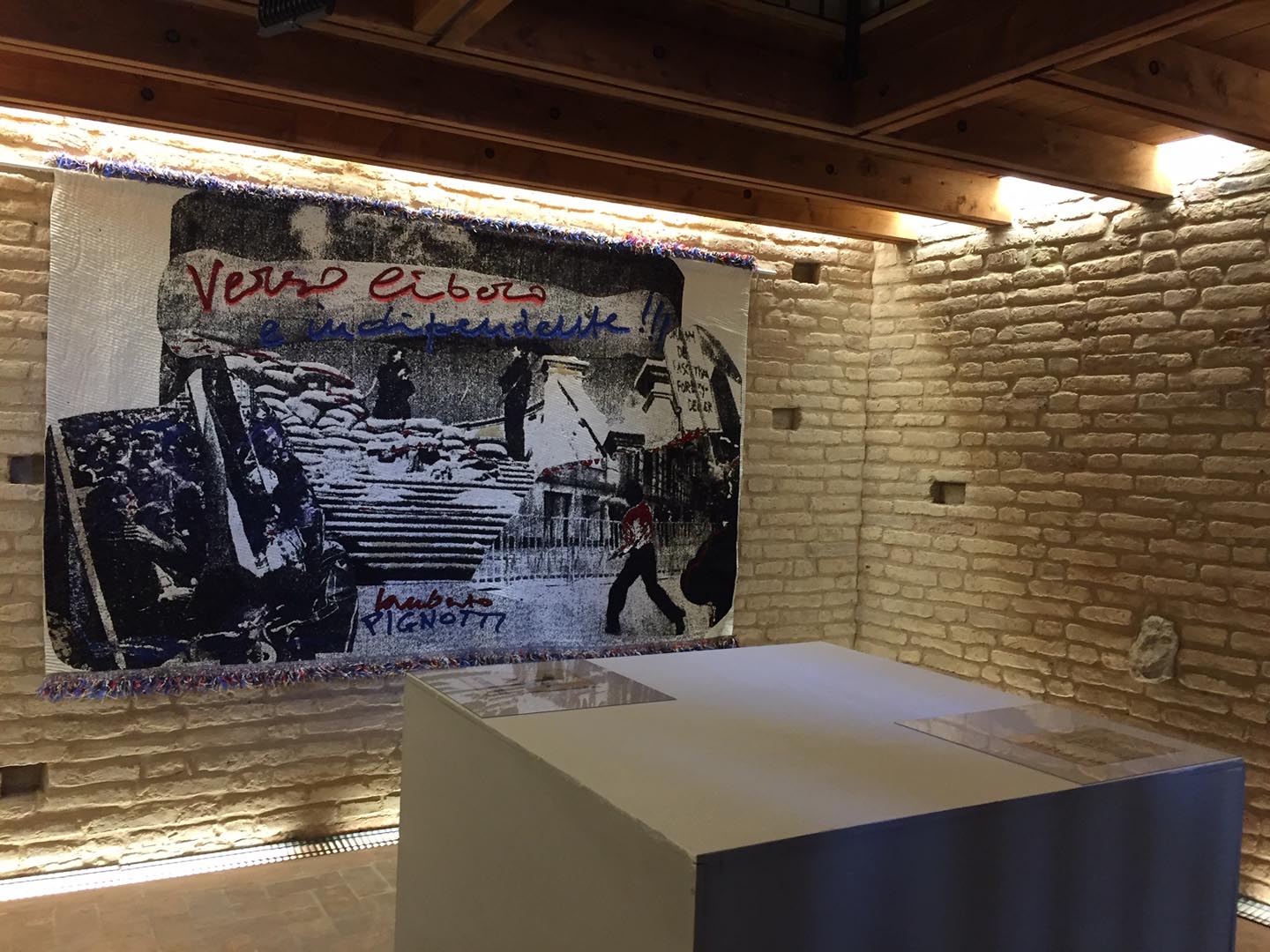 Tolve explains in the booklet that the “Sampling and editing that lead to a broad collage, according to the meaning given by Lamberto Pignotti, is the territory of data reworking, grammatical analysis that generates logical structures and periodisations whose polyglotism (sometimes nourished by typographic tactics or assemblage) takes on disparate vocabularies, seductive and reckless distortions, fluid lilliputianisations, pungent redefinitions of a total lexicon that not only wants to disintegrate the dictatorship of advertising models, but also to conceive a trans-semiotic project capable of going against all respectability, awakening the erotic potential of the hybrid and transforming the mestizo into a fetish.” (p. 12) 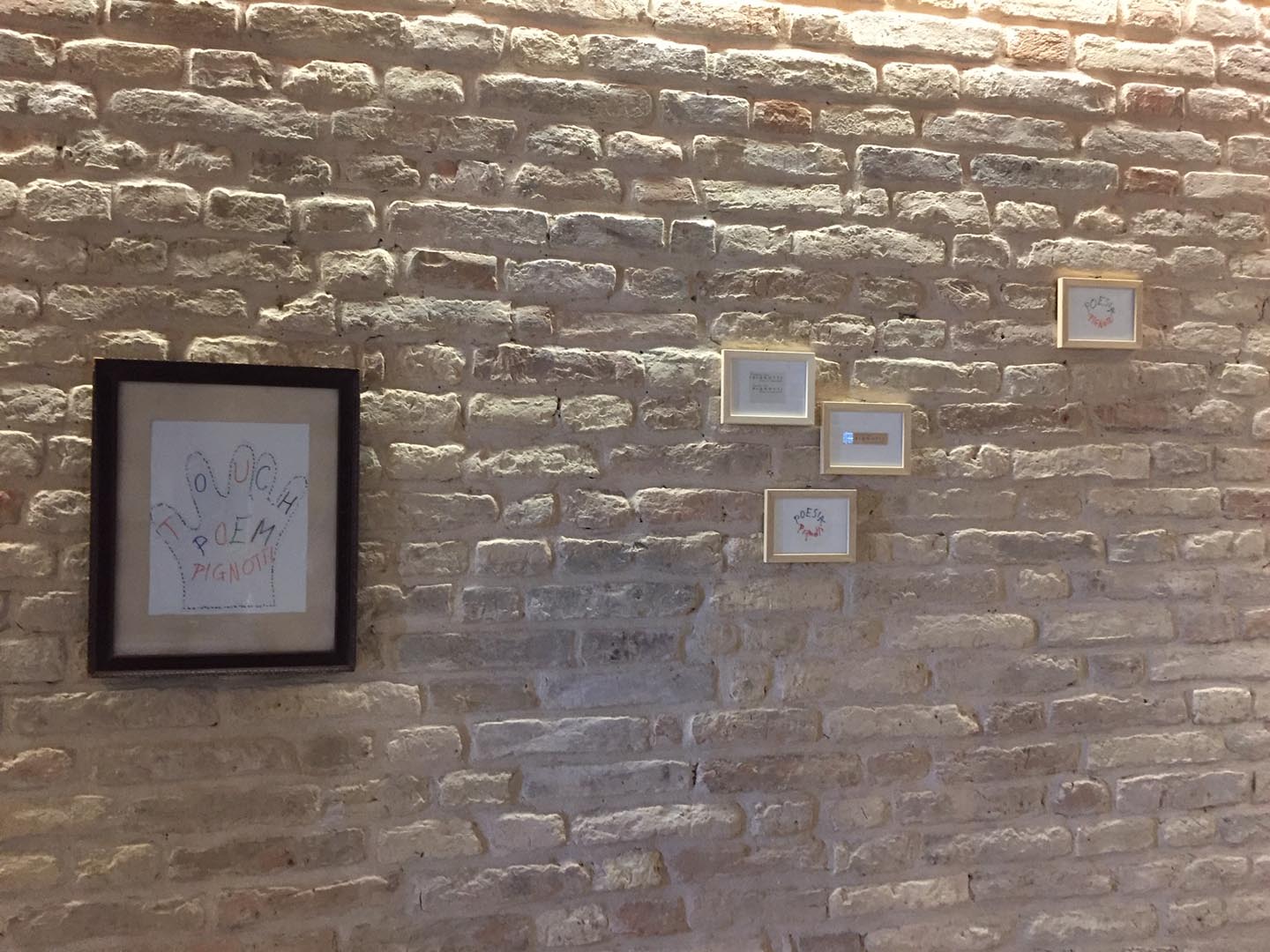 The world of communication and media is contextually approached, inhabited and demystified, projected on a path towards a conscious culture. For Pignotti, visual poetry is “a gesture that sends the goods back to the sender”, as he himself defines the spirit of his poetic gesture. The codes taken into consideration are not only linguistic, but also visual, olfactory, audio and behavioural.

“(…) his poetry is a wake-up call and an alarm bell, a signal that challenges and informs.” This is how Antonello Tolve captures the spirit and substance of Pignotti’s work in his text. 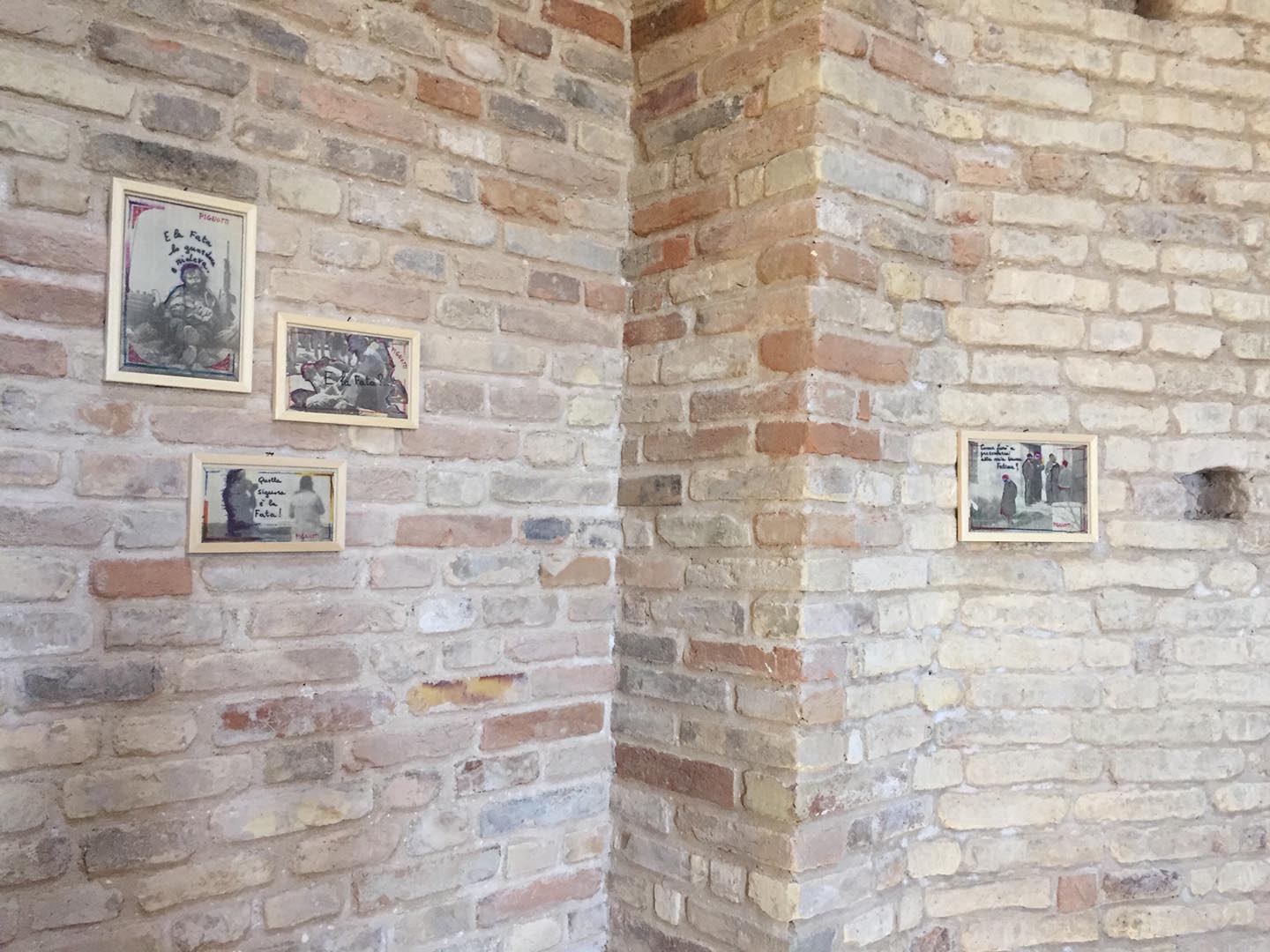 The exhibition crosses salient points of the Tuscan artist’s production “which teaches us to look at the present with a critical eye and to project ourselves into the future – a future that takes shape in the immediate present.” Pignotti’s space extends beyond the edges of the paper and the word. “He seeks, in other words, the spatialisation of the page in order to speak to a wider audience and reveal, thanks also to the use of broad collage and assemblage, the true face of the world, that of total control”.

On show there are a number of stamps from the 1960s and 70s; two Chewing Poems from 1970 and two Ostia di poesia (Poems)  from the same year (works that were presented to the public during the artist’s poetry performances); a Touch Poem from 1996; five artist’s books produced between 1979 and 2007; and several visual poems – including Zero (1970), Un sorriso sulle labbra (A Smile on the Lips) (1971) and Un sorriso sulle labbra (1971) – and Verso libero e indipendente (Free Independent Verse) (2017), the imposing tapestry designed by the artist and produced by the Fondazione Bonotto, presented for the first time at the Centre Pompidou in Paris and at the Fondazione Filiberto Menna in Rome. 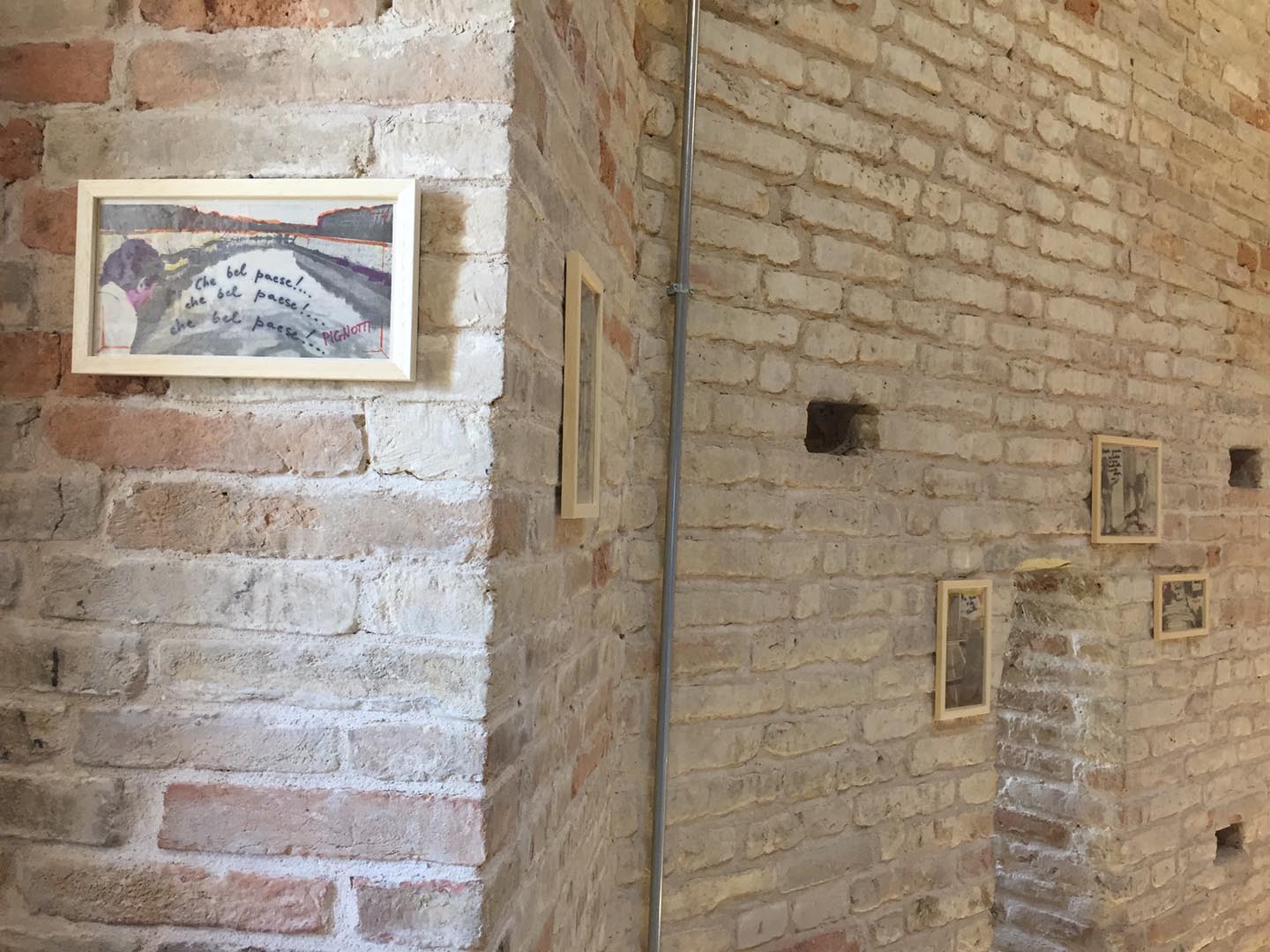 The exhibition ends with a room dedicated to the figure of Pinocchio where visitors can see for the first time the twenty works that make up the project quadretti 1981 or: theatrum orbis terrarum; or: scenes from life with captions taken entirely from carlo collodi’s work, “pinocchio”, on its centenary.

The book, presented at the opening of the exhibition, also closes with a work from the Pinocchio series – an unpublished text from the radio play Pinocchio Centenario, written in 1981 and broadcast in three episodes for RAI-Radiouno.

in collaboration with l Archive Lamberto Pignotti and KappaBit Publisher

Smell as a transcendent sense