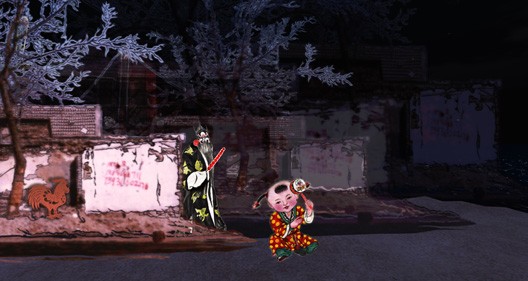 It is an undeniable fact that China is a major player in world affairs today. The Asian country has undergone rapid transformation in recent decades, with profound social, economic and cultural repercussions on the global level. 2013 saw the latest development initiative from the Chinese government, which aims to convert approximately 70% of the rural population to the urban lifestyle by 2025. 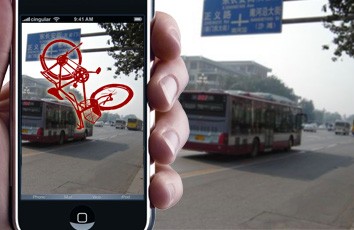 “Such a significant change would undoubtedly transform the character of a country that has been largely agrarian throughout its millennia of history” (1): this is the starting point for Lily & Honglei, the duo of Chinese-born artists living and working in New York and Beijing, who began by asking themselves what the stages of this ongoing historic advance may have been. During their exploratory trips to China, the artists pinpointed the country’s most ancient cultural features such as “Shadow theatre”. These forms have then been re-combined and interpreted via three modes of interface: Augmented Reality (AR), Virtual Reality (VR) and finally the concrete, in order to create the work “Shadow Play: Tales of Urbanization of China”.

The global audience can experience the metamorphosis in Chinese culture in terms of its progressive urbanisation, through the use of emerging technologies fused with the Chinese narrative style, divided into chapters. 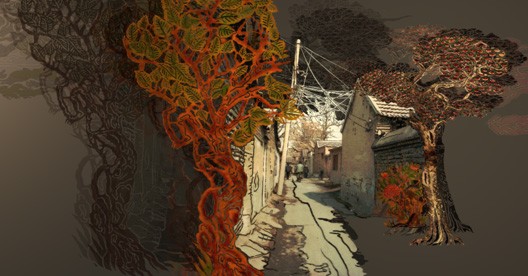 The Virtual Reality element consists of an installation accessed through the well-known online multi-player platform Second Life. Users just need to download the app onto their devices to enter a parallel world crammed with hypothetical lives, each corresponding to one or more real person, which together create imaginary situations and dynamics. The installation portrays the evolution and decline of the Chinese landscape (Fig.1), highlighting the tragic reality of migrant suicide, child kidnappings (Fig.2), and the consequences of land expropriation, which are the effects of intensive urbanisation. 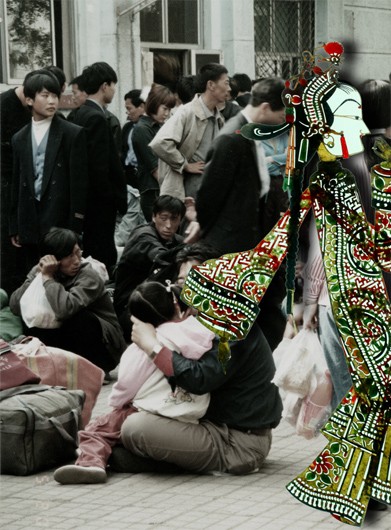 The Augmented Reality installation (Fig.3), on the other hand, uses the Layar app, which can be downloaded to iPhone, iPad or Android. As this is a site-specific work, users need to be in China to experience it by pointing the device at the surrounding reality. This real context is the setting for the actions of characters created by the artists, partly inspired by Chinese “Shadow puppets” (Fig.4-5). Currently the installation can be used in two locations: the village of Gougezhuang in Hebei province, and in Tongxian Country, Beijing. 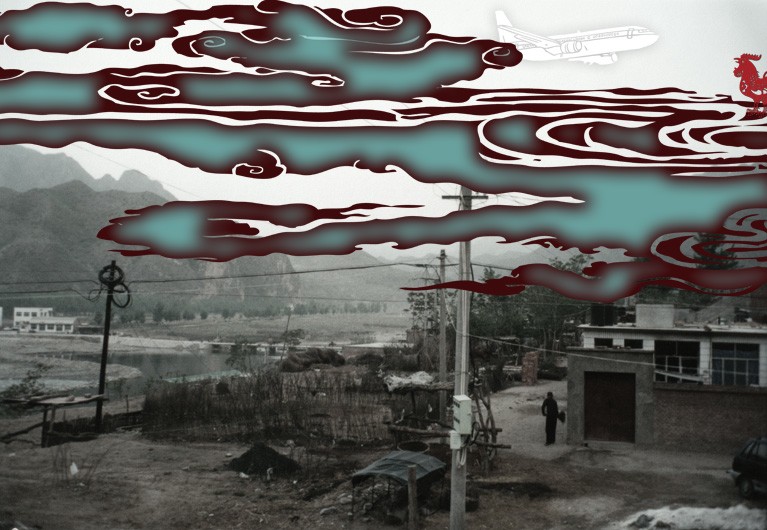 “Shadow Play: Tales of Urbanization of China” was commissioned in 2014 with backing from the Jerome Foundation, by New Radio and Performing Arts Inc., for their virtual space Turbulence.org. The work is certainly the poetic and conclusive expression of deep reflection, involving the aesthetic potential of our everyday technology and elements of the traditional visual art of a people we are only recently beginning to know – not forgetting the critical spirit inherent in a comparison of different worlds – in all its ancient and fascinating potency.