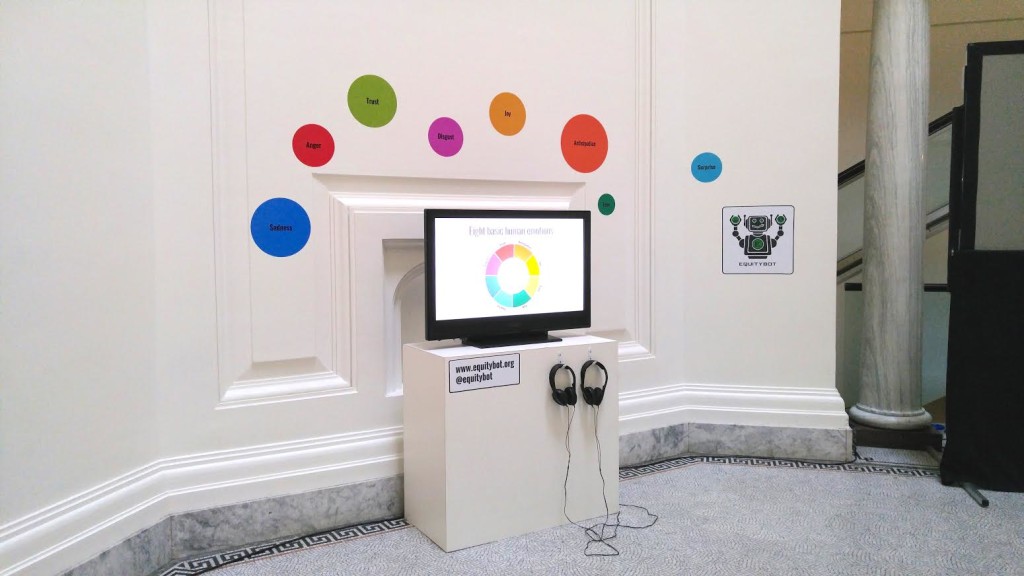 «Point Zéro: Re Start» is an exhibition curated by Eva Kekou which arises in the context of the economic crisis. The works selected are by artists active in the field of media art: Roy Ascott, Maurice Benayoun and Scott Kildall, artists who are attentive to the relationship between people, technology and society and how these can be combined to create windows onto the new era. Here politics and economics intertwine with the new humankind, which expresses its emotions in text form on the social networks. In Scott Kildall’s Equity Bot, data regarding emotions posted on Twitter become the basis for investment in a simulated bank account. Thus Equity Bot buys and sells according to information about tweeted emotions. 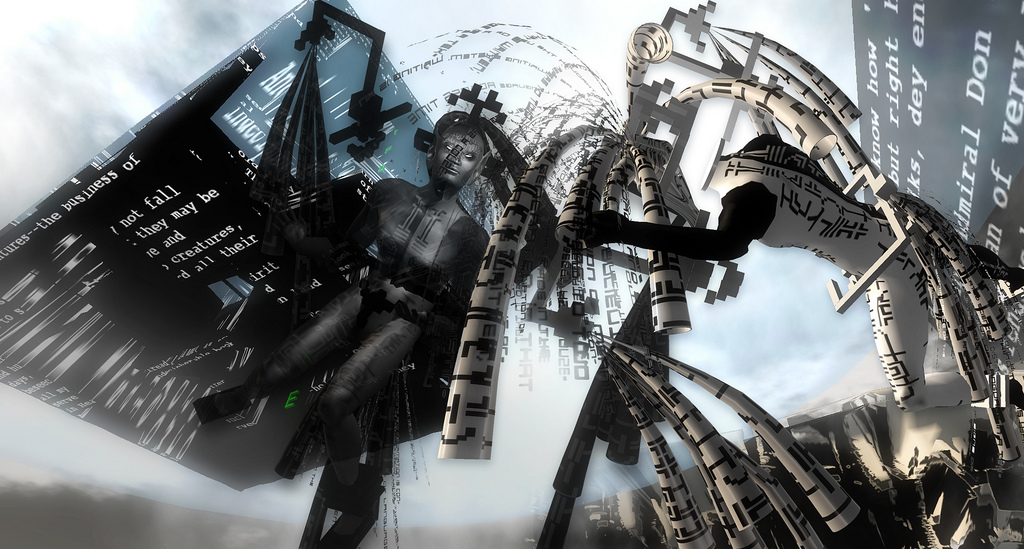 Emotions return in Occupy Wall Screens and Emotion Forecast by Maurice Benayoun, part of his «Mechanics of Emotions» series, which translates emotions into maps, performances and sculpted relics of the world. Taking its inspiration from the Occupy Wall Street movement, Occupy Wall Screens juxtaposes the value of stock in the major financial institutions with fluctuations in emotions emerging from websites involved in Occupy Wall Street; meanwhile, Emotion Forecast presents the Internet as the nervous system of the world, gathering data to measure 48 emotions drawn from websites which deal with current events in 3200 cities around the world, and using them to predict trends for the following two days.

LPDT2 by Roy Ascott, Elif Ayiter, Max Moswitzer and Selavy Oh builds a bridge between present and past, a link and a central theme through which history moves and events unfold, each swallowing its own past in its vision for the future. LPDT2 is actually the updated version of Ascott’s 1983 project La Plissure du Texte, a highly experimental work in its time, and irrefutable history for us today. Alluding to Roland Barthes’ critical work Le Plaisir du Texte (1973), the original performance was based at the Musée de l’Art Moderne in Paris, and extended around the globe where it gathered narrative voices to contribute to a collaborative and remotely created fairy tale.

If La Plissure du Texte was a visionary experiment, its continuation today in a multi-platform project (using phones, Second Life, Twitter etc.) demonstrates the way in which this vision can expand and continue with current technology. In this way LPDT2 becomes an architectural geography entirely constructed on textual input, which in the fluid universe entrusts robots and avatars – the inhabitants of this liquid world – to function as mediators between the various narrative voices.

The association of these works is therefore presented as a conscious reflection on the near future, a future in which the predominant language is data (data about people’s most private thoughts as much as that concerned with the mathematics of the financial world), a future which needs to start from a situation of awareness in order to best proceed.