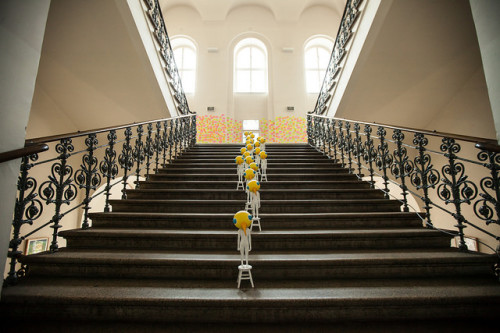 Once again this year, the Ars Electronica Festival under the direction of Gerfried Stocker and Christine Schöpf, lights up the Austrian city of Linz. As it has faithfully done for the past 35 years, the Festival is presented with new ideas and new formulas, expanding from the Center (built after the festival in 1996 and renovated in 2009) to a variety of locations throughout the city including shopping malls, schools, hotels and Saint Mary’s Cathedral, for the duration of the Festival equipped to welcome art, science and technology. These first days of September Linz, thus, hosts a number of illustrious professionals: artists, scientists, writers and intellectuals from all over the world. Many of the scheduled appointments revolve around the «Cyber Arts»  exhibit which has always been a crucial moment of this annual event. C…what it takes to change, title and theme of this edition, is an «exploration of the prerequisites and conditions necessary to the emergence of social innovation». With this premise all the attention goes to art as a «catalyst» for change is put into focus. On the other hand, when the first edition of the Festival opened on 18 September 1979, it was introduced to the world with the mission to «take charge of the emerging digital revolution as a chance to interpret and address future-related issues and to examine the interconnection between art, technology and society». 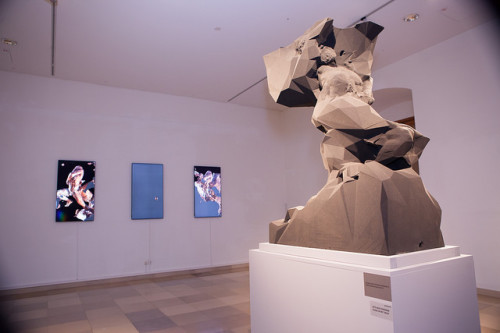 A Festival once destined to a small group of specialists, it has become an institution and a privileged observation point of the contemporary landscape through art works, lectures, symposiums, concerts, exhibitions, workshops and much more. If the technological world was once just a whim for a handful of people, it is now a topic that interests and influences all fields of knowledge, professions and life at large. In short, Ars Electronica has developed into a well to tap into for ideas and fuel to be used as «catalysts» towards change, a subject that is more and more a urgency today. The Prix Ars Electronica, affiliated to the Festival, has become one of the world’s most prestigious awards in the sphere of art and technology. Of the 2,700 projects presented by professionals from 77 different countries, those who have been selected this year for the prize have proven themselves active voices in this process of change –  through either aesthetic or purely activist approaches. Italy was rewarded with Captives, a work by Quayola which received an Honorary Mention In Interactive Arts. This series of works reinterprets Michelangelo’s unfinished Prisoners and explores the balance between form and matter «with the hand of» software algorithms. 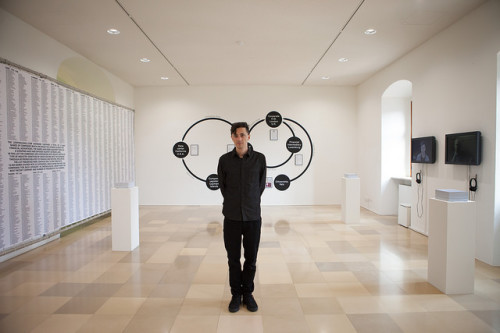 Italy’s Paolo Cirio was awarded the Golden Nica in Interactive Media for his Loophole for All, a project which exposes the system of evasion, making it accessible to all. The public had already admired Cirio’s work while on display within the exhibition «Territori Instabili» at Florence’s Fondazione Strozzina, presented Franziska Nori, a curator has never hesitated to include works of digital art alongside more traditional ones.

An important signal to take into consideration in the visionary nature of Ars Electronica is the establishment of a new category: Visionary Pioneers of Media Art. This is an important new entry that does not award a single project but acknowledges the impact of the research of an author on the contemporary scene over time. The recipient of the first award is artist, theorist, writer and visionary thinker Roy Ascott, who has been working actively since the 1960s in both the underground and institutional scenes. Ars Electronica, then, is also celebrating the 10th anniversary of the Interface Culture programme this year. Founded and managed by two pioneers of the world of media art, Christa Sommerer and Laurent Mignonneau, who addressed the programme by placing «interface» at the crossroads between art, research and design. This project anticipated the role (now a matter of fact) of the interface in its function as a skin or an impermeable film between the physical and liquid world, a device for an «osmotic» exchange between dimensions. The list of events and initiatives is a long one. We would like to mention Collide@CERN, the programme born by the partnership that Ars Electronica has established in 2011 with the CERN laboratories in Geneva which welcome artists in residence, this year assigned to  the Japanese artist Ryoji Ikeda. Much space has been given to the younger generation whose task is to contribute to give a vision of the future. Among the numerous events that opened the Festival, also the performance by two Polish artists, Dan Gregor and Tomas Dvorak who have transformed the Mariendon Cathedral into a gigantic interactive audio-visual instrument. The closing events was as much spectacular with an evening of concerts followed by a finissage day entirely dedicated to music and sound art. 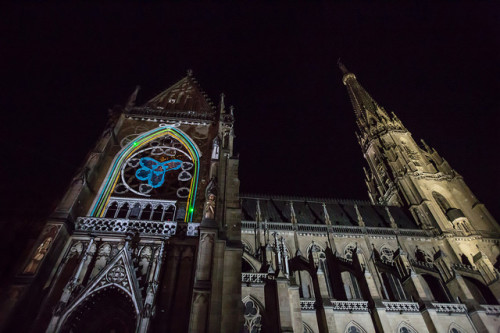