[A journey of two hundred years in between art and craft

At the dawn of the 19th century, in a climate of general renewal linked particularly to the first Industrial Revolution, the art world was swept by fresh new styles which, in response to the needs of a society in exaggerated expansion, lent themselves to experimentation and the consequent development of new, mechanised production methods. The invention of lithography (by Alois Senefelder in 1796) and the blossoming of artisan workshops for composition and printing – such as that of the Bulla family, which opened in Paris in 181 and subsequently in Rome in 1841[1] – radically transformed the world of advertising and graphic design, foreshadowing the spirit of an art which was increasingly democratic, aimed at the general public and relevant to everyday life. 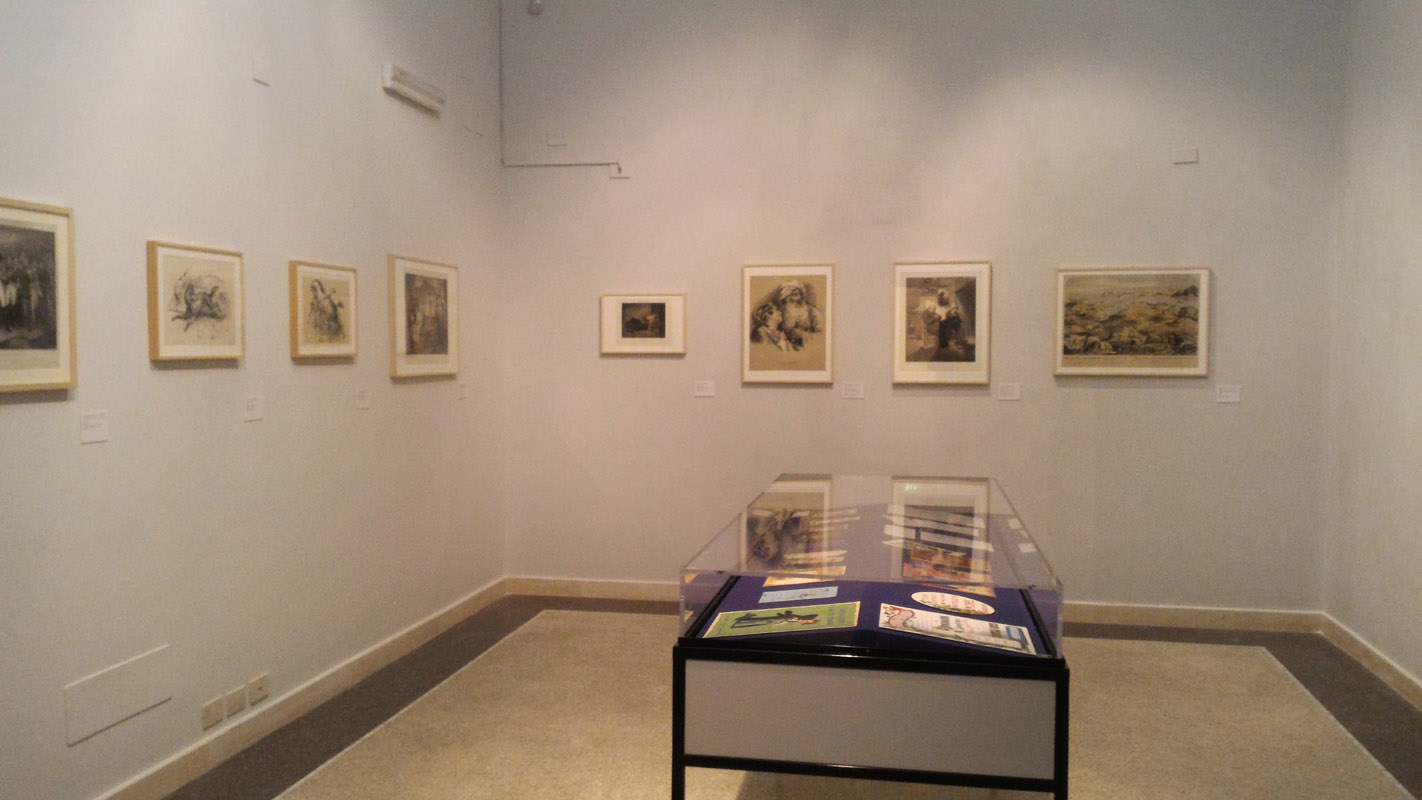 The exhibition Litografia Bulla. Un viaggio di duecento anni tra arte e tecnica (A two-hundred-year journey through art and technique), on show at the Istituto Centrale per la Grafica (Palazzo Poli, Via Poli 54, Rome) until 1 July, examines the salient moments of one of Rome’s oldest print studios still in operation, with a narrative set-up that takes the visitor by the hand and leads him or her through an extensive display occupying two storeys of the building. The intention, as curator Claudio Zambianchi points out, “is not so much to construct an art history of Rome through the Bullas’ firm […] as to gain an understanding of the extent to which printing has become intertwined with such a history and become an active part of it”[2]. 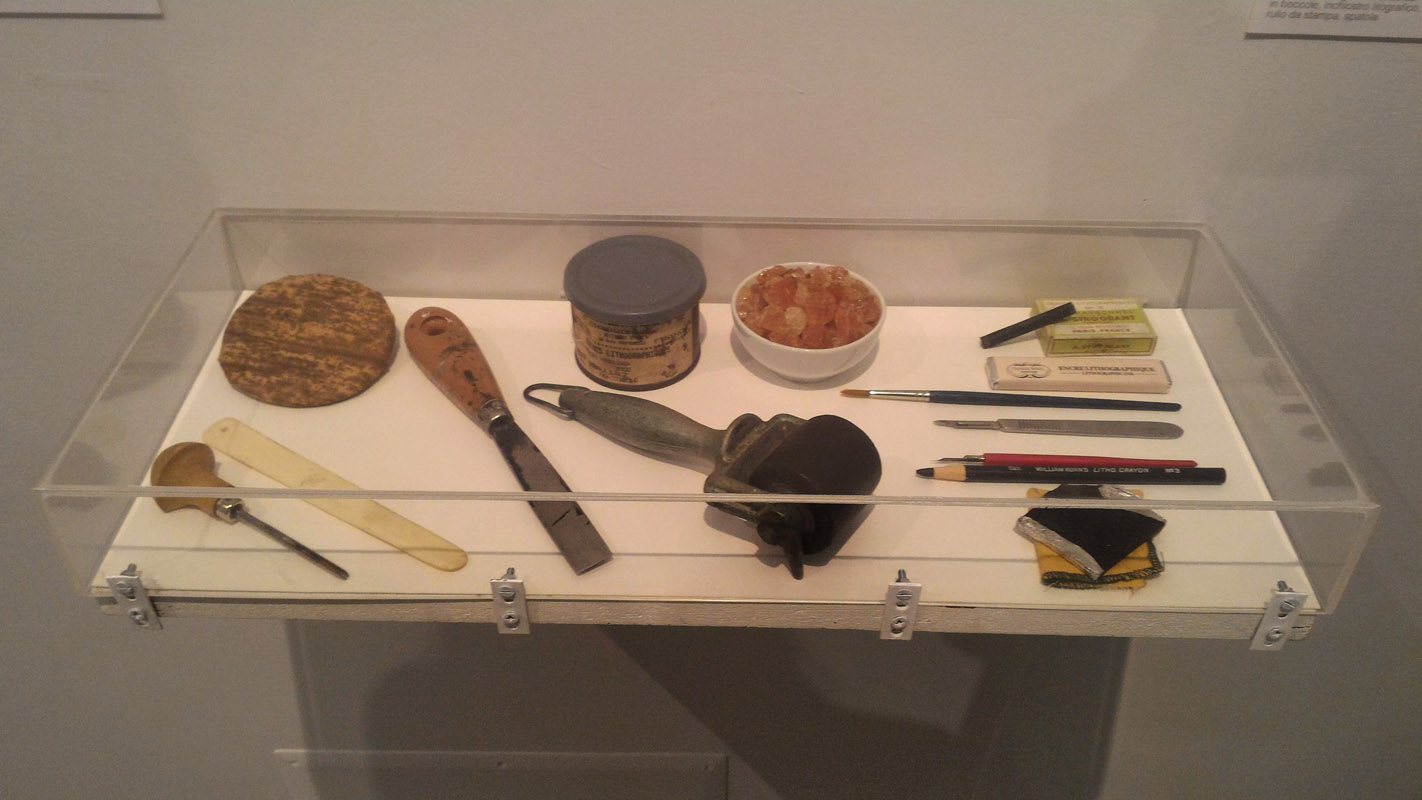 The first three-part section combines an introduction to the concrete tools of the trade (necessary to aid visitors’ understanding of certain technical specifics) with a display of machinery, period photos and historic documents, in order to give philological context and a scientific basis for the activities of the print studio in its first hundred years. Meanwhile, the first floor of the building – whose windows overlook the newly-restored Trevi fountain – is devoted to the work of the past seventy years when, first under Roberto and later under Romolo and Rosalba Bulla, the firm decided to occupy itself predominantly with art printing[3]. The Bullas’ enormous dedication and the precision of their work, combined with the building’s strategic location (in Via del Vantaggio, a stone’s throw from Piazza del Popolo, at the heart of the most exuberant and innovative developments in Rome’s art scene during the 1950s and 60s), led to great success for the business, which today is one of the last and most valuable bastions of Italian graphic art. Like so many pieces of a jigsaw of time – whose oldest piece dates back to the 40s – the exhibits reconstruct a story of art both polyphonic and choral, from a viewpoint that overturns perspectives and shines a light on the artist’s indispensable and irreplaceable relationship with the professional craftsmanship of an intermediary whose task is to translate the artist’s imagination “into substance by passing it through the filter of systematic operational techniques governed by traditional knowledge accumulated over time”[4]. 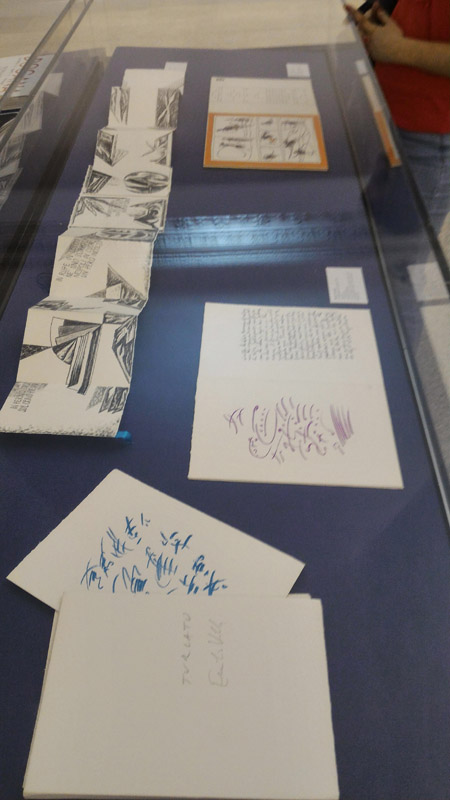 Among the works on display, it is impossible not to mention several pieces by Jannis Kounellis and the Bullas’ lithographic experiments with Forma 1, the Origine Group, the School of Piazza del Popolo and the Pastifcio Cerere group, as well as projects with Mirella Bentivoglio, Bice Lazzari, Piero Guccione, Franco Sarnari, Eugène Berman, Alberto Savinio and Giorgio de Chirico. From more recent times are the early projects of Romolo and Rosalba Bulla, who together with Enrico Pulsoni and Roberto Pace reflect on the artist’s book, introduce woodcut printing to the studio and, from 1989 onwards, operate on an increasingly international level, attracting the attention of artists such as Enzo Cucchi, Gianni Dessì, Giacinto Cerone, Mimmo Palladino, and also André Masson, Antoni Tàpies, Carl Andre (for whose wedding Romolo is a witness, along with Sol LeWitt), David Salle and Jim Dine. 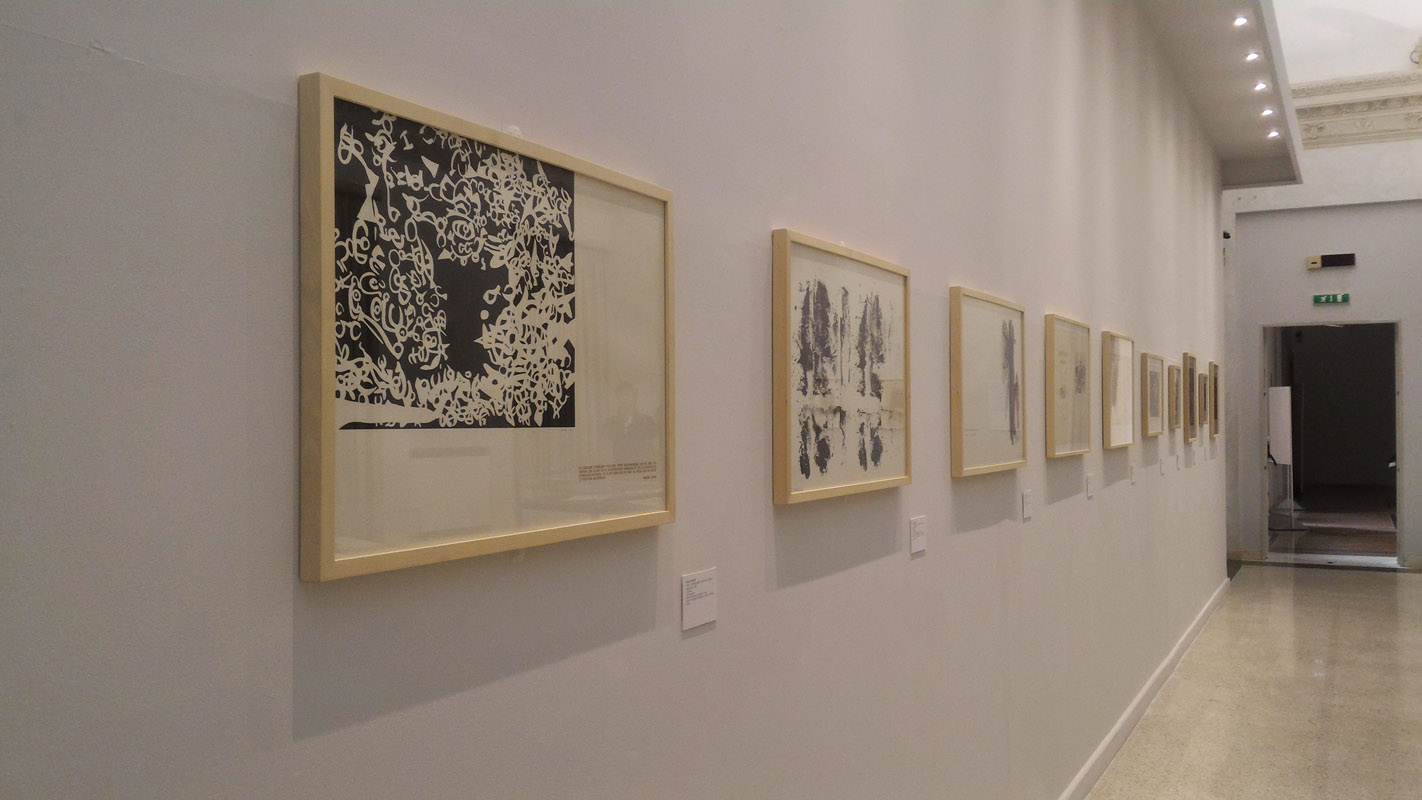 The result of a project arising from Paolo Serafini’s course at Sapienza University’s Specialisation School of Historical-Artistic Heritage, the exhibition has also allowed seven young art historians (Marta Maria Caudullo, Federica de Giambattista, Giulia Papale, Francesca Petito, Patrizia Principi, Eva Scurto and Marta Variali) to accompany Claudio Zambianchi in the work of curation, thus becoming in its turn (and perhaps also reflecting the distinctive spirit of the Bulla siblings, today as in the past) yet another arena for experimentation and a launchpad for emerging young talent.