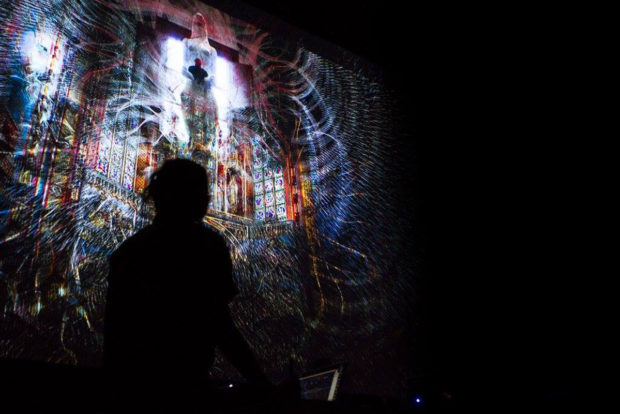 “Live Cinema Festival”, an international event centred on the most innovative live audio-video performances, returns to MACRO – The Museum of Contemporary Art of Rome – from 21 to 24 September. In its fourth edition and under the artistic direction of Claudio Guerrieri, Live Cinema Festival is a unique event, exploring and promoting all artistic phenomena going under the label of “Live Cinema” through exclusive performances or those presented for the first time in real-time in Italy. 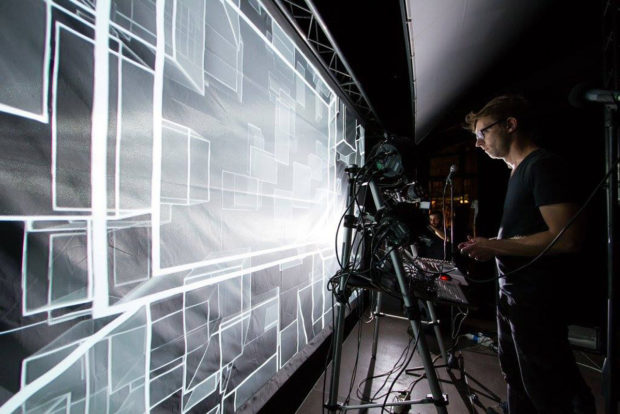 Machines, art and technology come together for the four days of this festival to spread new messages and perspectives, presenting a new imaginary framework, breaking boundaries between medium and content, manipulating images and using different techniques to realise the creation of the final content, the outcome of artists’ improvisation and skills. 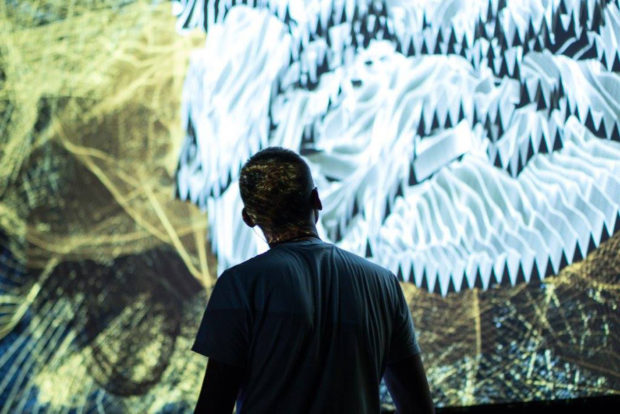 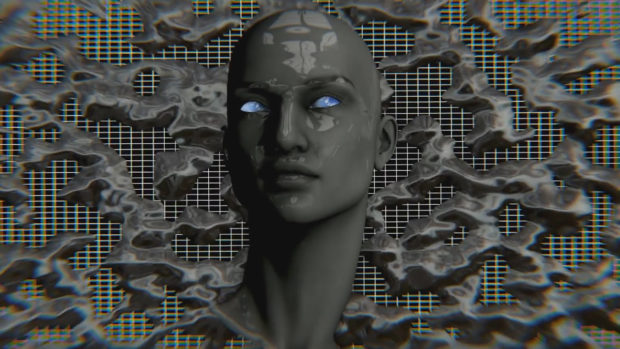 As part of the 2017 edition, which sees two live cinema performances a day in the MACRO foyer, the futuristic live AV show by Iranian artist ASH KOOSHA is presented for the first time ever in Rome on 21 September. Having moved to London to find the freedom of expression denied by the Iranian regime, Koosha developed a perceptive ability for synaesthesia from a young age: when he composes, he mentally visualises sounds as geometric shapes, which are then visually reproduced for the audience. To celebrate the release of his latest album “I aka I”, the Iranian artist invites listeners to wear a virtual reality viewer to fully immerse themselves in his audio and visual creation. 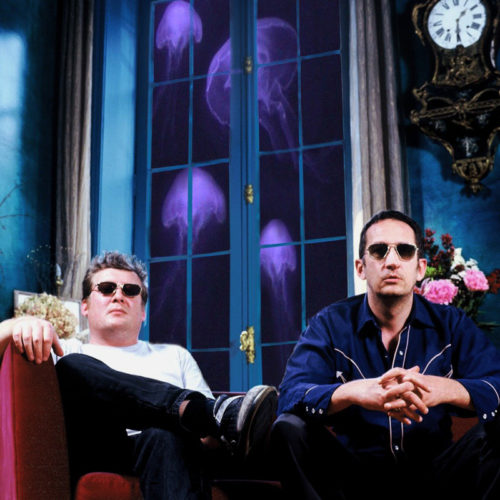 Koosha’s performance on 21 September is preceded by an event show-casing FUNKI PORCINI’s work, a journey into the complex video production that makes up most of the recent work by James Braddell, Funki’s real name. In the 1990s Funki Porcini, a British producer and composer, promoted a sound that merged trip hop, nu-jazz and ambient, inspired by Aphex Twin, on the one hand, and by Ennio Morricone and Piero Umiliani, on the other. Funki Porcini is one of British label Ninja Tune’s pioneers. 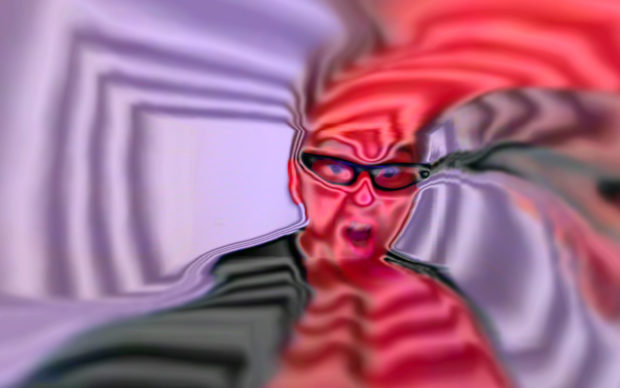 Not to be missed is the event featuring KLAUS OBERMAIER, an Austrian artist of international fame, one of the originators of multimedia art. Director, choreographer and composer, for more than twenty years Obermaier has applied new media to music, performances and installations with the same naturalness as light is used in theatre. On 24 September, at the Live Cinema Festival 2017, he is presenting his work “Faceless”, a reflection on the process of the ‘anonymization’ of the human face in society, particularly in Trump’s America, where surveillance is steadily increasing. In “Faceless”, Obermaier breaks up and re-assembles his own face in real time, alternating it with that of the President of the United States at his inaugural speech, where he cemented the politics of “Make America great again”. 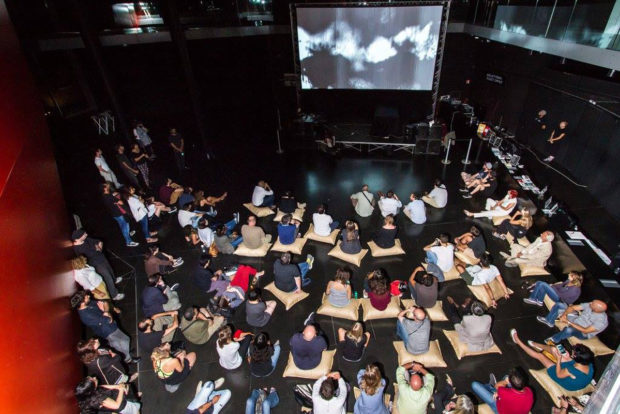 To complete this articulate picture of futuristic live audio video performances, the international collective Kanaka presents “Deception”, exploring infinite universes through a complex 3D sound system; also showing is the Czech trio Reaper Death Seal Corporation’s “Deamon Uppercut”, a virtual reality interactive performance; this is followed by the Spanish Fonostrabico and his extraordinary gift for live mash-up with “Itinerarios”. From Hungary there is the Don’t Eat Group which in “Dissection” develops its idea of live cinema as an encounter between theatre, digital recording in real time and musical improvisation, while from neighbouring Poland Aleksander Janicki and Franciszek Araszkiewicz, or rather their bodies, are the instruments through which brain waves are transformed into a graphic representation generating electronic sounds through special sensors. 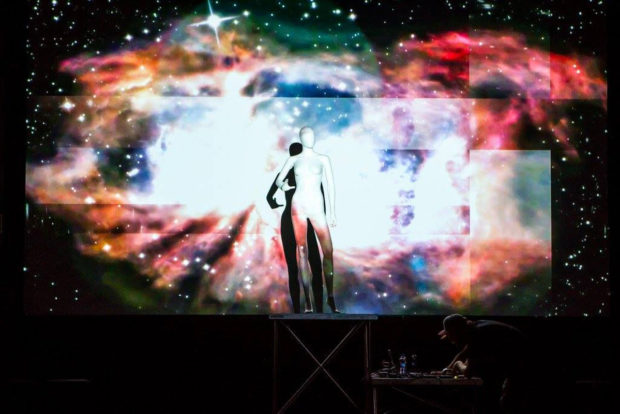 Each evening is accompanied by a DJ performance: from Flavia Lazzarini’s fusion and experimental dj-set for the opening party, in collaboration with the capital’s most famous electronic music project, Glamda, to live sets in collaboration with Soundreef Waves by Alefe and Mr Everett. This is a collective identity created by three humans and a cyborg, presenting their eccentric performative cyber-pop. There are also performances including the dj set by the eclectic Miz Kiara, from the all-women’s association Female Cut, and the dreamy set by Equohm b2b Orree from the SINCE crew collective.

Call for artists > ON BOARD 2

Call for artists > ON BOARD 2