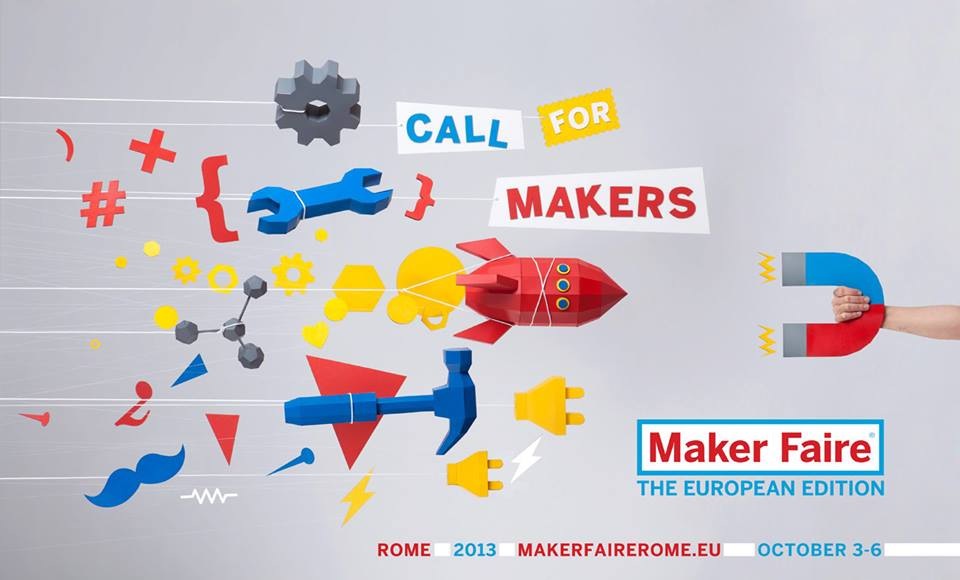 For the first time the Maker Faire arrives in Rome, for once at the center of technical innovation. The American born Maker Fair is, in fact, the largest exhibition in the world dedicated to innovation, creativity, enterprise, and amateurs. Conferences, presentations, workshops, will animate these days to come, opened – on the first day by the intervention of writer Bruce Sterling and of Arduino co-founder Massimo Banzi, Conceived and organized by Asset Camera with the support of Tecnopolo, this event is bringing together hundreds of inventors from all around the world, from scientists to garage thinkers, coming from many different background called to present their projects and to share ideas. Augmented realities, robots, 3D printers, and much more will be presented in more than 200 projects to witness the rising of the new economy, the one shaped by people who might have been recognized under the commonplace of ‘nerd’.

This is the vision of Neil Gershenfeld too, Professor at MIT in Boston and inventor of FabLab has met the European Makers last March in Rome at the Acquario Romano in an event promoted by the American Ambassade and by the Global Shapers. Gershenfeld announced the new economy to be in the Digital Fabrication, where data can be transformed in object and vice-versa. This is the vision of Banzi who in Italy started the first FabLab, the one who led to creation of Office Arduino.