by Antonella Fiorillo
in exhibitions, focus

Rethinking, through anthropology and its legacy, new objects with relational identities engaging in constant dialogue with each other, abolishing a classifying artistic practice that, for too long, has represented the foundation of systemic racism. This is perhaps the greatest objective emerging from Parentele di Terra (Earth Relations), the second solo exhibition by Marco Maria Zanin at the Spazio Nuovo Gallery, open until 17 July 2021.

The works in the exhibition are from this last year. The work of Marco Maria Zanin, who is both an artist and a researcher in anthropology, presents us with unexpected connections between objects ranging from the tools of the Veneto farming culture of his origins to the artefacts of communities he encountered when working as an anthropologist in South America and Portugal. 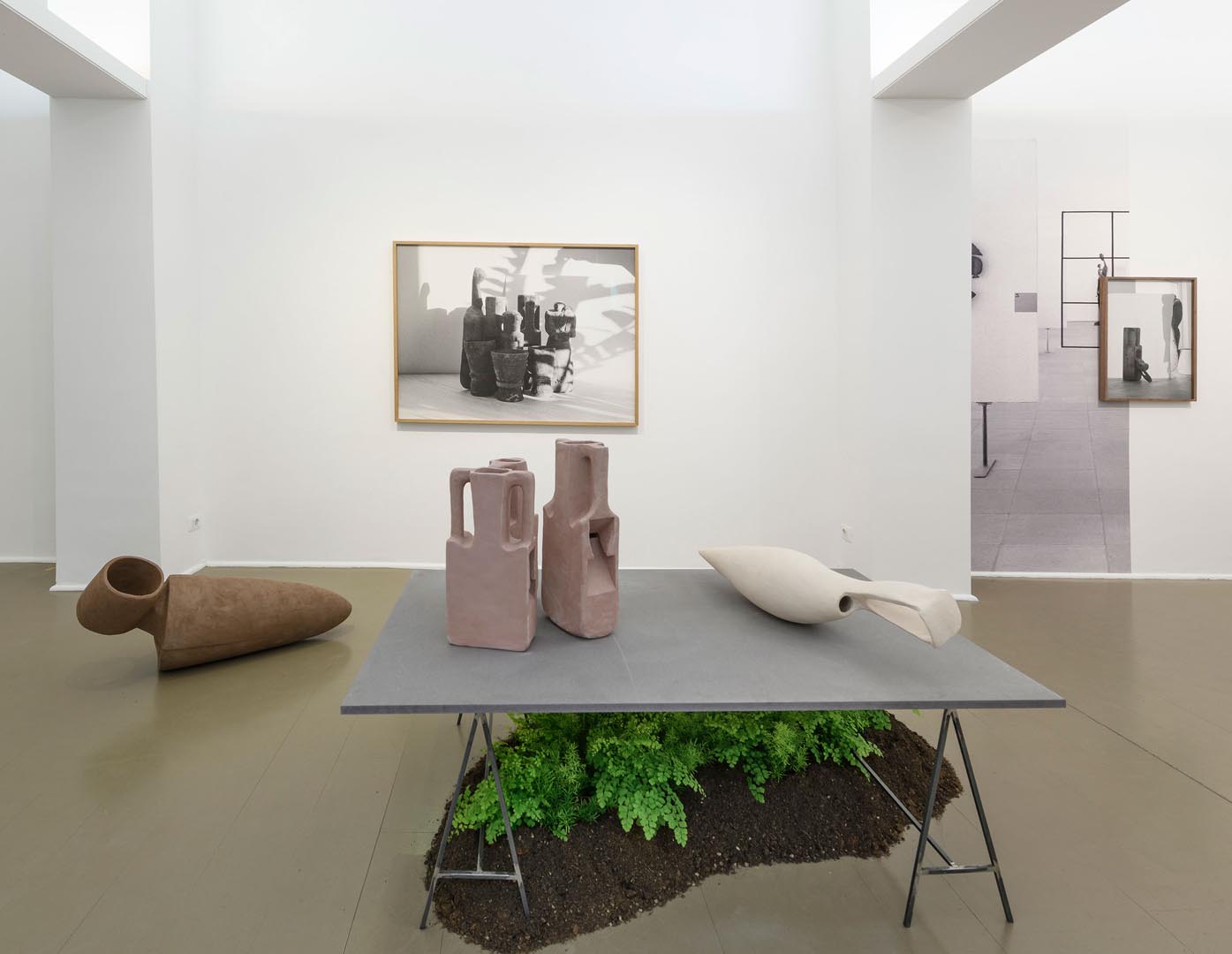 In fact, using an associative game that is as free as it is informed, the visual associations are presented to us through ceramic sculptures, wild plants, photographs and wallpaper, which all occupy the entire exhibition space and are united by the idea of being rooted in the earth.

The ceramics on show are the result of a series of manipulations of common objects, such as a carpenter’s hand planes and spades, which Marco Maria Zanin refers to as Embodied Matter. The new objects are presented on a table, as if to suggest that they “are alive”, in constant “dialogue”, alluding to something else in a new form that sees them revealing themselves to the observer in a different way from their original and known form.

The photographs around the table narrate, through the use of a metabolic concept, encounters between different artefacts and utensils – those belonging to the artist’s childhood together with those acquired on his many journeys and which led to the creation of the ceramics. 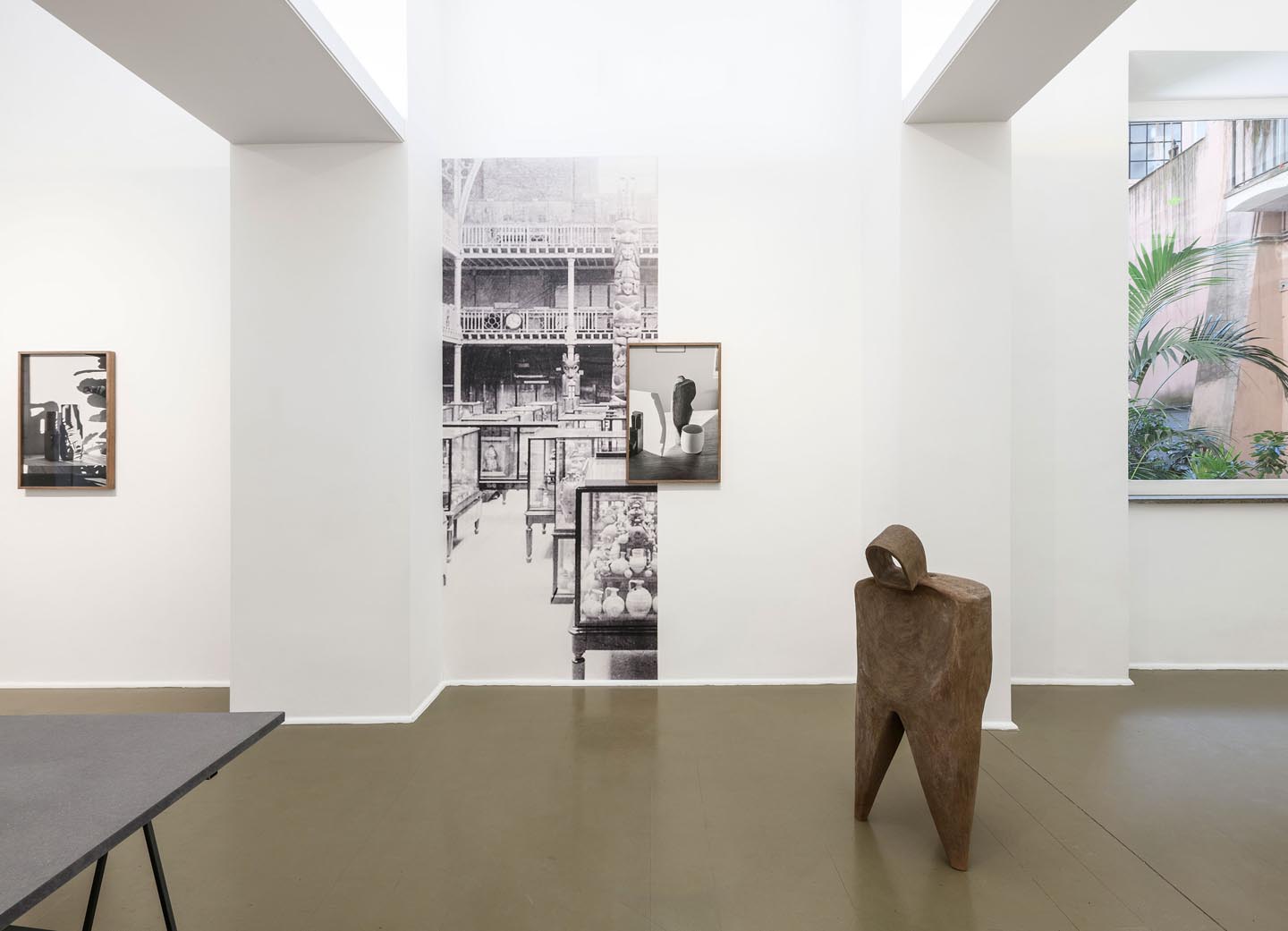 Alongside the unexpected connections between new bodies, heirs to their original contexts but now in dialogue with each other, what remains of the tendency of museums to reduce non-European objects to pure form appears on the gallery walls in the form of wallpaper. For example, objects of so-called Negro Art can be seen, exploited as a representation of primitivism juxtaposed with modern sculptures.

These are ghosts that remain in the background of the exhibition, but are still present, as if to underline how the objects are bearers of knowledge that goes far beyond the purely plastic form; they are relational and open identities capable of suggesting a new ethics of relationships. 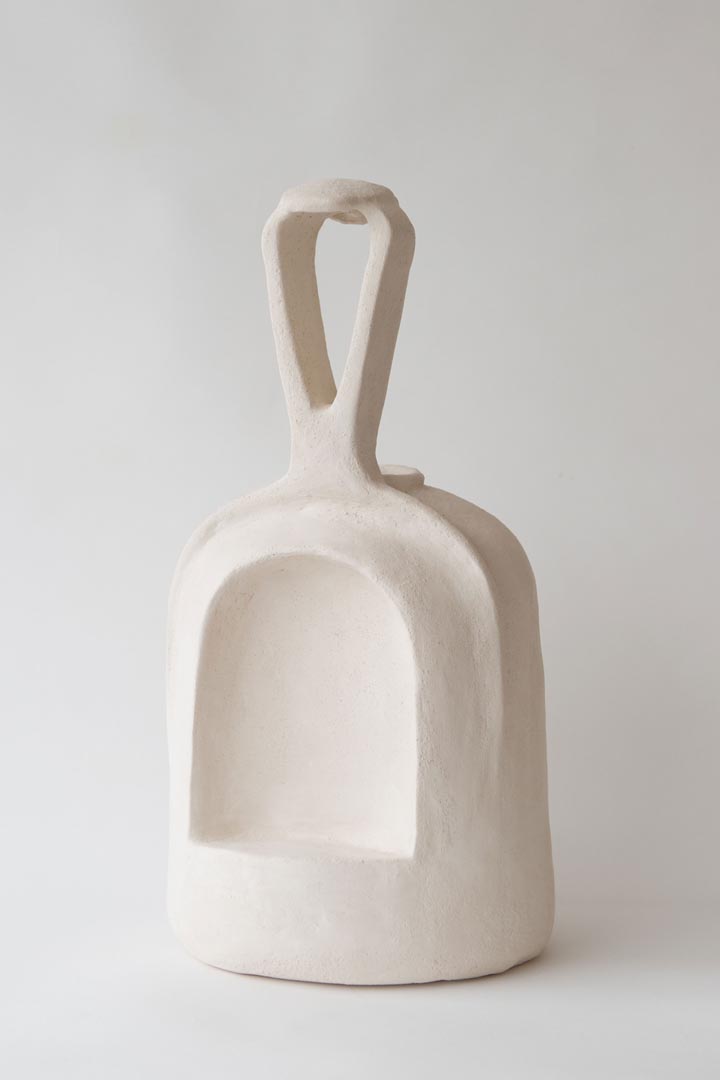 This concept is emphasised by the presence of the photograph Family Portrait: a family portrait in which objects-subjects sharing a strong relationship with the earth interact and are present on the same plane, in the same place. Cups donated by the Q’ero community, a statuette from Cameroon, a Saint Anthony sculpted in Belo Horizonte and carpenters’ hand planes: Earth relations that allow a new biography of things to be written, weaving memories and knowledge.