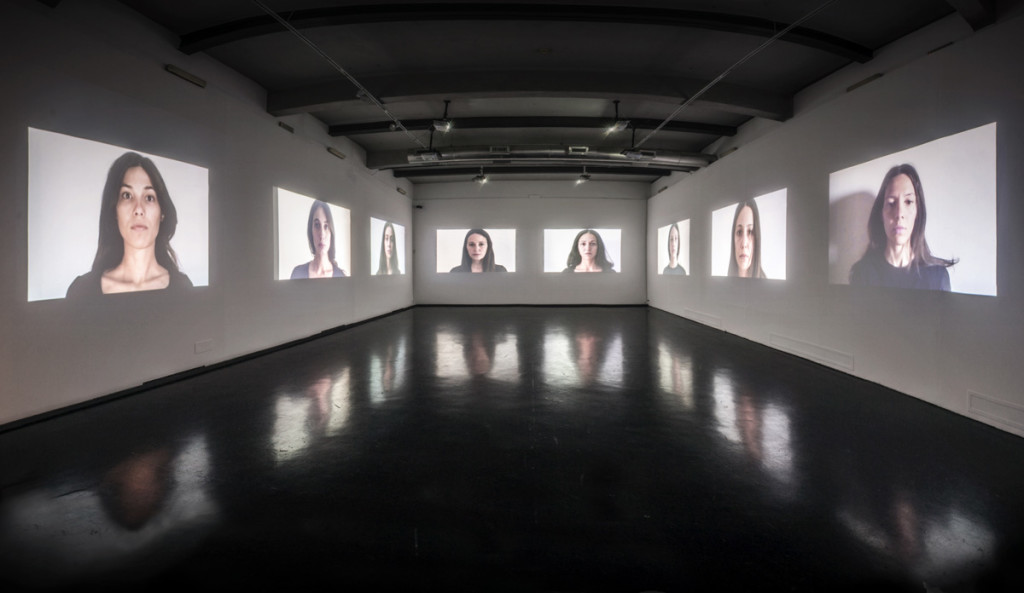 On 23rd May 1966, in a letter addressed to Michel Foucault, René Magritte outlines various reflections “regarding the reading” of the book Les mots et les choses, in order to distinguish decisively and clearly the conceptual discordance between the words Resemblance and Similitude. “It seems to me, for example, that the relationship between peas is one of similitude, both visible (colour, shape, size) and invisible (their nature, flavour, weight)” Magritte tells his admirer and correspondent. In fact, “‘things’ do not have resemblance, they [only] have similitude”. And it is similitude itself – a similitude which is not, and cannot be resemblance since “only thought can be resemblance”[1] – that provides the focus for a 2015 video project (in progress) by Mariana Ferratto, whose title, Allo specchio (in the mirror), is the willing viaticum for a journey whose similitude, on the one hand, and its inevitable differentiation on the other, brings it fully in line with Magritte’s dilemma. This is a work which was presented for the first time at Rome’s Gallery Apart as part of the solo show Esercizi per occhi pigri (14/02/2015-11/04/2015), and now arrives at the MACRO in Via Nizza, in the context of the exhibition entitled EgosuperEgoalterEgo. Volto e Corpo Contemporaneo dell’Arte, curated by Claudio Crescentini. 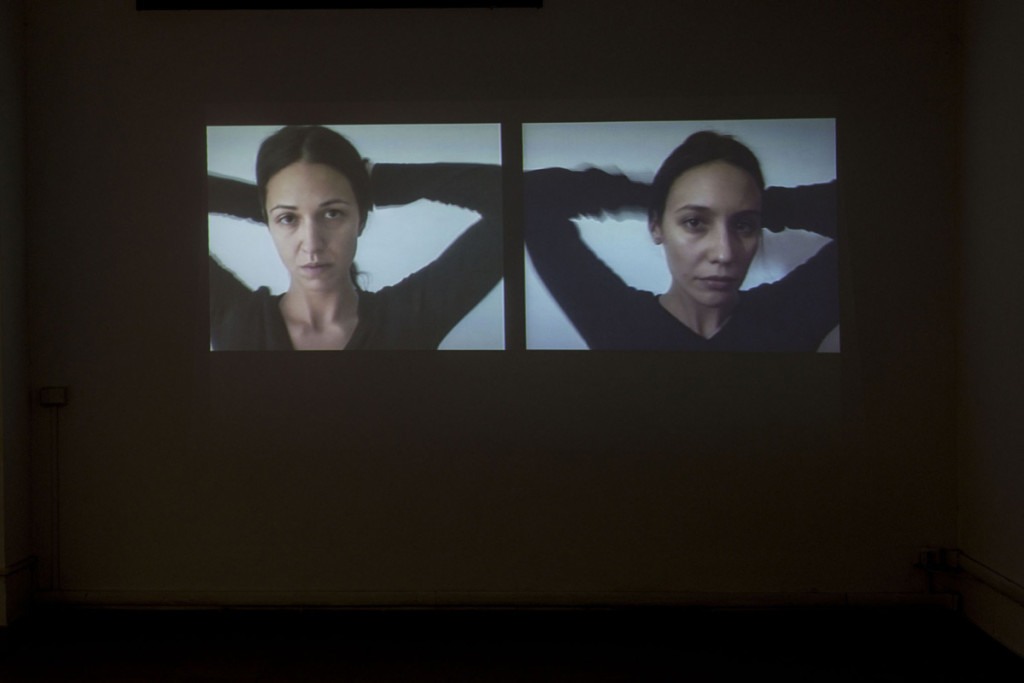 Next to a series of works (from the museum’s collection) devoted to the portrait, the collapse of the genre and its subsequent rebirth in the late twentieth century – the section Crescentini reserves for Achille Bonito Oliva and Alberto Moravia is particularly tasteful and intelligent – Mariana Ferratto’s work lights up the exhibition venue with an immersive light which on one hand invites the viewer to attempt a visual riddle (to spot the differences, contrasts, irregularities), and on the other shifts the focus of reflection to the territory of participation, identity, otherness and the realm of ethno-anthropology. Indeed, the artist herself says “In my works I often explore the theme of identity. Resemblance is one of the aspects that signals belonging to a group. My parents are Argentinian, and when, as a teenager, I saw a video of a demonstration in Buenos Aires, I looked at the girls’ faces and said to myself now I know where I’m from! Resemblance is one of the factors that identify and characterise us”[2]. 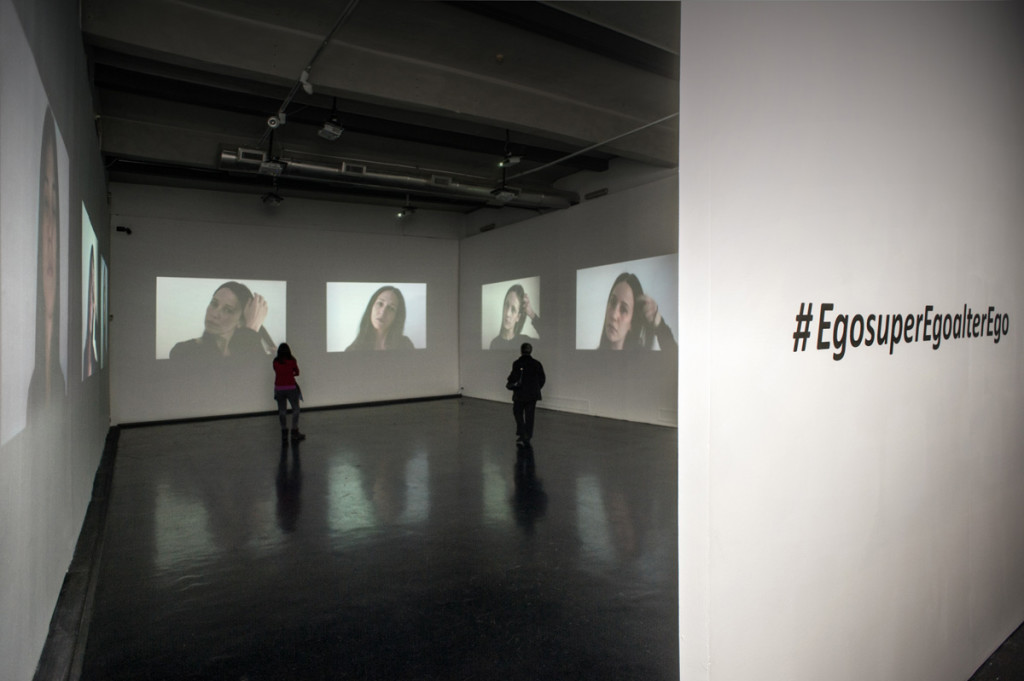 And so, using word of mouth or the various social networks that abound on today’s social scene, Ferratto carries out an aesthetic survey by locating a number of people (with similar somatic features to her own) whom she guides in the production of a short video (often using available means such as phone cameras). “My invitation to these girls is to send me a video the same as the one posted by me and forwarded to them. The subjects are filmed as head and shoulders, carrying out a series of movements which are the typical actions we make in front of the mirror: doing their hair, coming close to the mirror to check their eyebrows, mouth etc”[3]. The result – truly surprising – is that one finds oneself faced with a different repetition; in other words with ten video portraits, ten biological resemblances, ten heads and shoulders of women making the same movements simultaneously and looking at their own faces in order to be looked at by an audience that notices or dissolves discordance, and loses itself pleasurably in a spectacle which is increasingly smooth, interchangeable, false and precious. 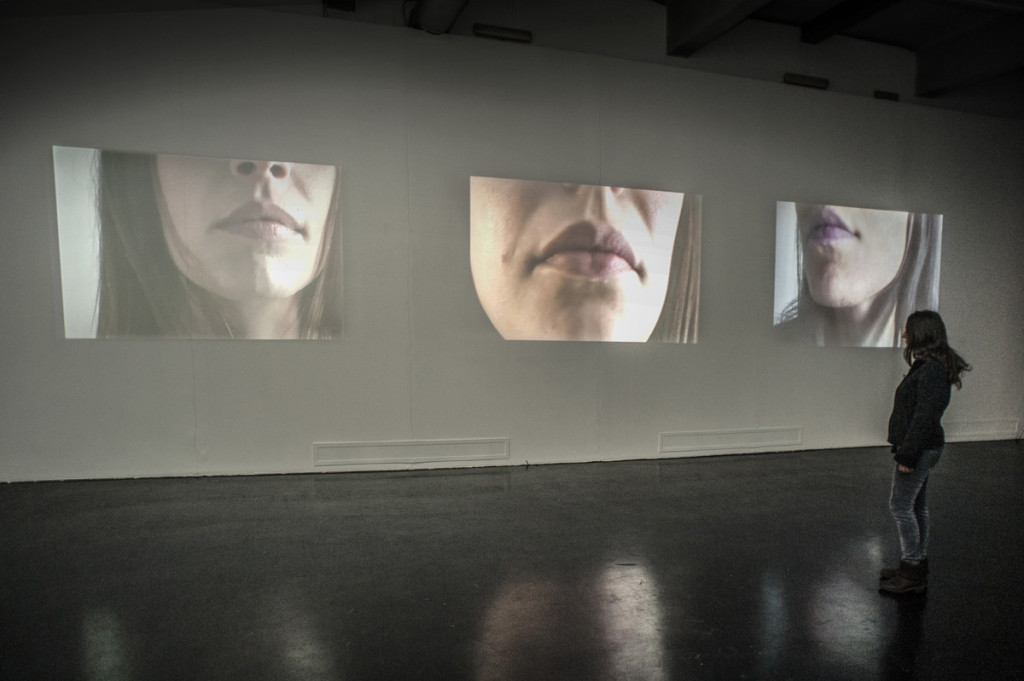