by Sofia Dati
in Events, focus

Illusion Brought Me Here is the first major solo exhibition of Mario García Torres in Belgium. On this occasion, the Mexican artist presents his own abridged version of a retrospective: a new sound piece entitled Silence’s Wearing Thin Here (n.d.), composed of voices and soundtracks from his earlier works. García Torres unravels untold or ‘minor’ histories, with a predilection for avant-garde art and music from the 1960s and 70s. He re-creates historical exhibitions and even ‘completes’ unfinished artworks, often blurring original and reenactment, past and present. He engages in dialogues with enigmatic and radical figures that were mainly active before he was born, such as the Brussels artist Marcel Broodthaers and the Mexican-American composer Conlon Nancarrow. About four years ago, García Torres stopped dating his works, which include filmic, sculptural and painterly installations and performances. In so doing, he undermines the narrative of an oeuvre and career as a progressive evolution over time. Curator: Caroline Dumalin Opening: 16.05.2019, 18:30-22:00 with a conversation between the artist and Caroline Dumalin at 19:30 Photography by Alexandra Bertels

The WIELS Centre for Contemporary Art in Brussels hosted a solo exhibition by Mario García Torres, curated by Caroline Dumalin. Illusion brought me here reveals several facets of the work of the Mexican artist, who stopped dating his works a few years ago. The absence of temporal references disrupts the chronological system of the retrospective and the exhibition develops as an organic whole made up of communicating parts. 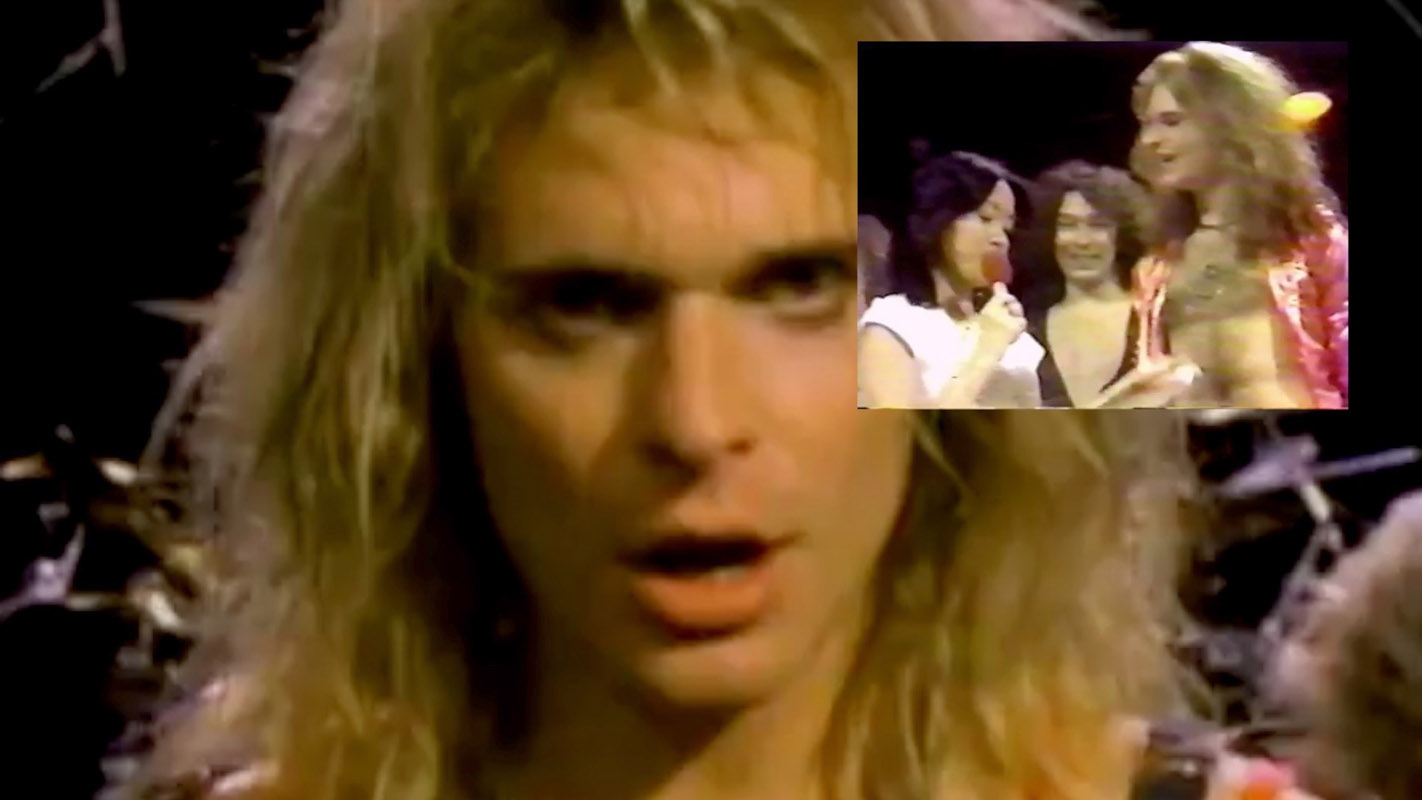 The exhibition begins with a humorous video that portrays Mario Merz, entitled Merz, Rzemmmm, Zeeeeerm, Emrzzzzzz (At Fibonacci Pace), n.d., in which the creator of the famous Igloos dances to the rhythm of the Fibonacci sequence, the mathematical series of numbers that has been a recurring feature of his work since the 1970s. Merz’s face is inserted into an animated collage composed of photographs taken at a club in Kassel, Germany, during Documenta 5 (1972), thus associating the figure of Mario Merz with the edition of Documenta curated by Harald Szeemann. The slides in Shot of Grace with Alighiero Boetti Haircut Style (Brussels, 2004), which feature García Torres attempting to escape from the frame of his picture, analyse the role of the artist and the inevitable identification between the person and the work. The complexity of the artistic system and its language is a recurring theme that is also broached in This Is a Caption Lesson, 2009. Twelve large engravings for educational use are presented as a manual for the interpretation of captions. The essay on museography, Sounds Like Isolation to Me, n.d., crystallises these reflections and projects them into space through an exhibition-in-the-exhibition focused on the figure of pianola composer Conlon Nancarrow. 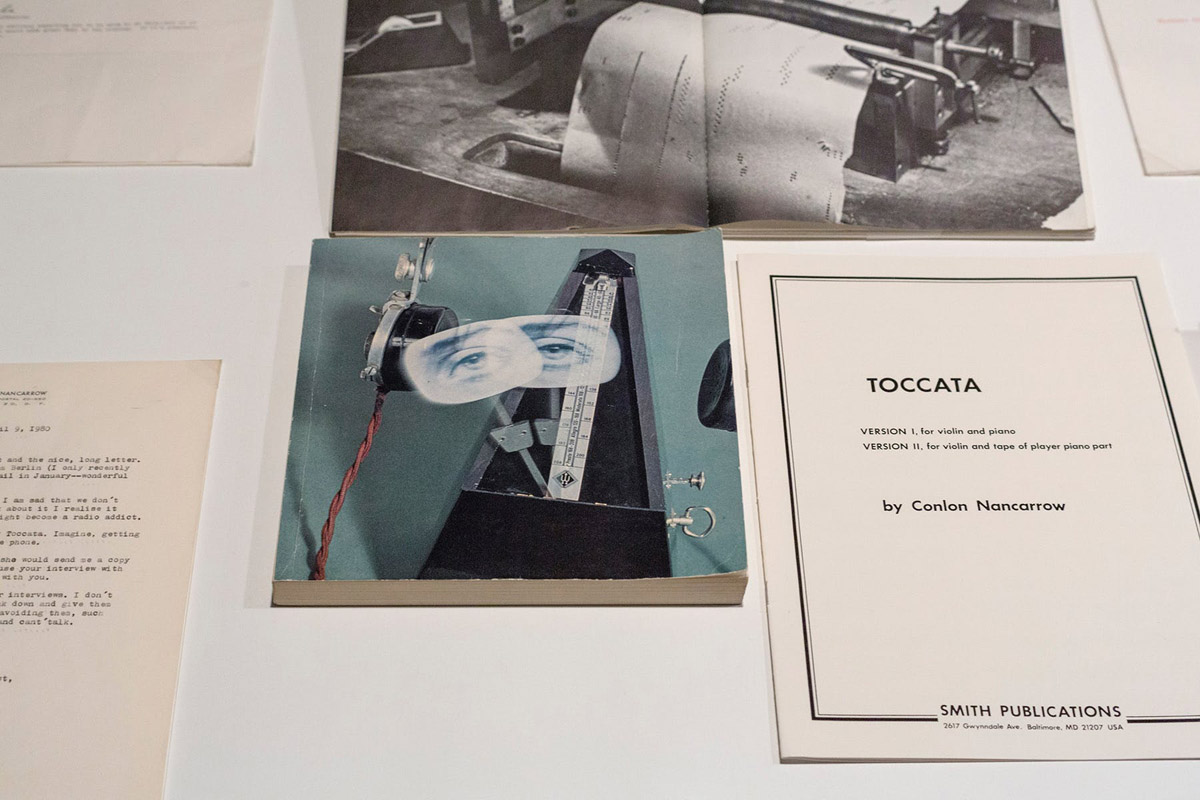 The artist-archivist-curator’s goal is to “bring a cosmology of synchronicity and chance into the realm of invention”. We find a similar operation transposed onto the screen in the video Falling Together in Time, n.d. The artist captures unexpected coincidences in a series of small events that he makes gravitate around the jump, theme of the song Jump recorded by the band Van Halen in 1984. The documentary style used to shoot the video gives life to a fragmentary narrative that increases the sense of disorientation present throughout the whole exhibition.

This illusionistic archive – or archive of illusion – activates the sensors of imagination through our auditory and visual abilities. What Happens in Halifax Stays in Halifax, 2004-2006, is a series of still images and subtitles that prompt the viewer to “complete” the picture by adding movement and voice to it. The last room, which is set up like a cinema, raises our visual expectations, whilst all that appears on the black screen is words. The subtitles describe the audio events transmitted by the speakers: a car engine, rain falling on the chassis, two robotic female voices communicating. The work is an invitation to travel to a place where words take on shape, colour, smell. 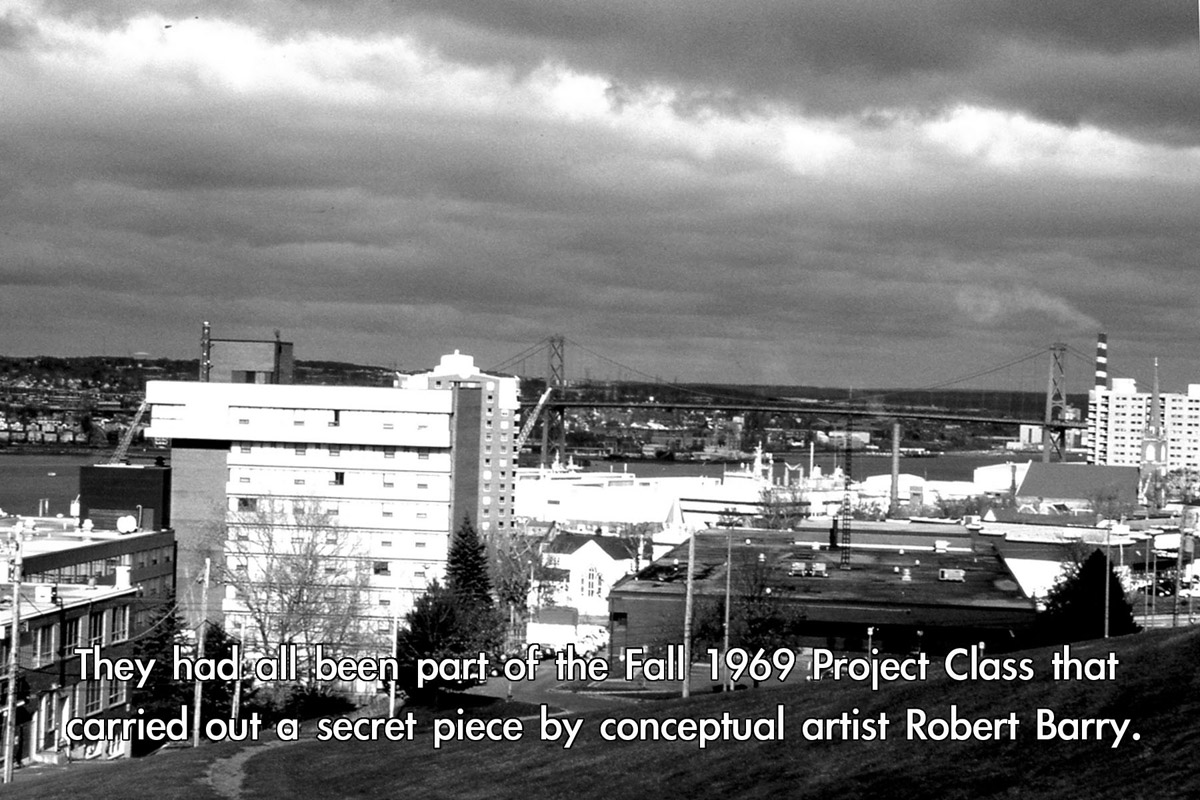 One of the two voices declares: “Una quasi-opera/ Sempre/ Al limite della parola” [“An almost-work / Always / On the verge of the word”]. The scene expands and reaches the evocative dimension of the imagination. This assemblage of ‘fragments of sound” taken from various – partly never displayed – works by García Torres stages a dialogue he has with himself. Illusion brought me here conveys the plurality of voices emanating from the composite work of an artist who manages to explore “concepts such as delaying and accelerating ideas, along with the possibility of failure over time” with a certain irony and sharpness.