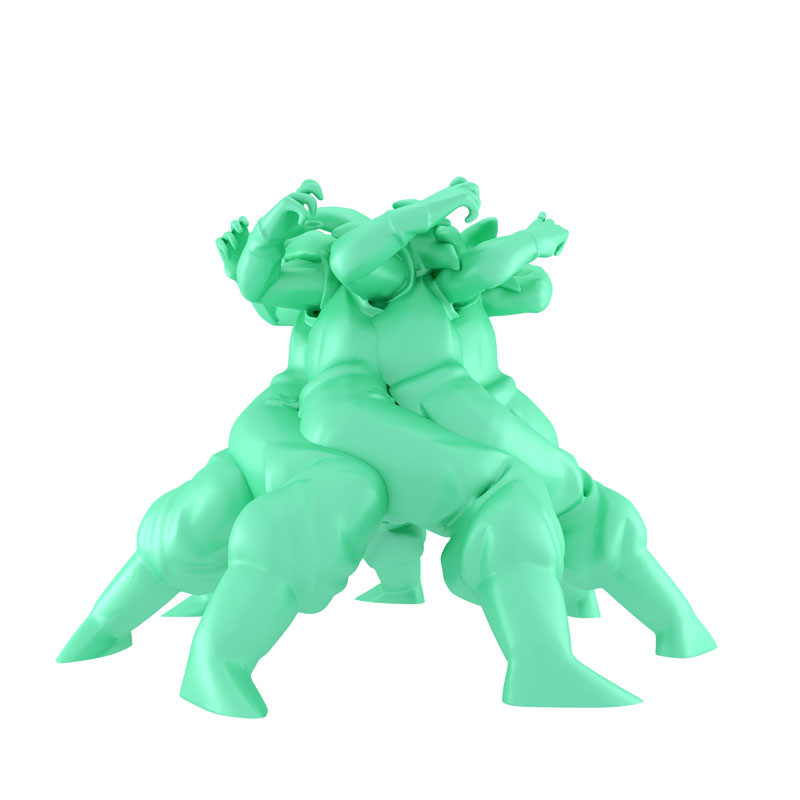 Long fascinated by the resilience of pop icon shapes, Plummer-Fernandez expands on his ideas about illusory images, material, and copyright to generate a new version of familiar faces.

Plummer-Fernandez shows a series of new sculptures and prints that challenge our notion of an object insofar as they are works generated from the same code but represented in different forms. The four sculptures are derived from 3D models of popular cartoon characters that the artist found online and remixed in order to obtain a new version of these pop icons: Every Mickey, Merge Simpson, Gogogogogoku, and Spongebool are new forms of the popular cartoon characters. 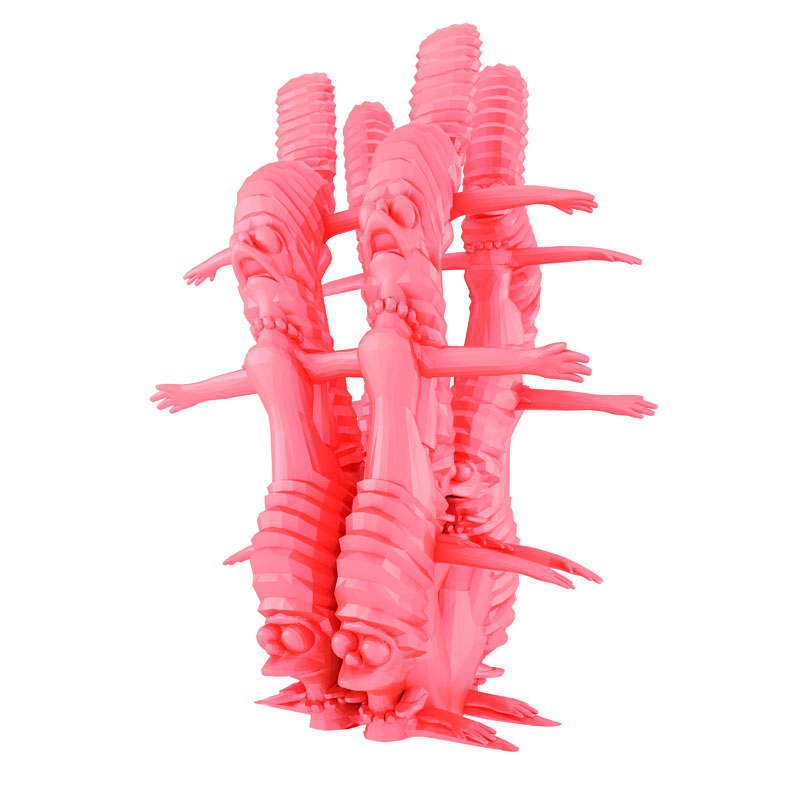 As writer Joanne McNeil describes them: “every shape seems to be contorted to the very precipice of an unrecognizable state. Any additional pixelation or pinching would subject the forms to the myriad possibilities of the viewer’s imagination.”

The prints are generated by converting the 3D model into an image file, a process which also serves to conceal the original source. The 3D model’s geometry is mapped onto a color range, resulting in a colorful flat surface that represents the characters. By creating different forms from the same code, Matthew Plummer-Fernandez questions the inner nature of an object, disputing the relationship between a genotype and a phenotype. 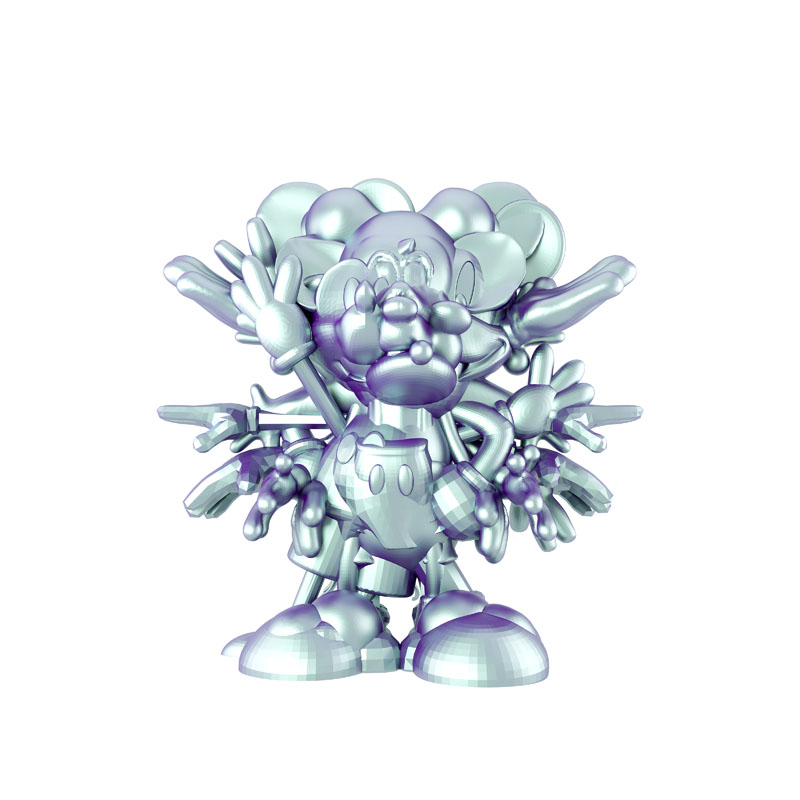 Currently based in London, British Colombian artist Matthew Plummer-Fernandez produces altered data files and distorted 3D printed objects as “remixed” abstract artworks of geometric beauty. Customized software, replicability, and generative techniques are the focus of his explorations of the automated systems operating within digital culture and the physical world. Plummer-Fernandez’s artworks have been presented in group shows at international art institutions and festivals such as The Nieuwe Instituut, Rotterdam; Musée d’art contemporain de Montréal; Ars Electronica, Linz, and FACT Liverpool. He received the Award of Distinction at the Prix Ars Electronica in 2014. (from the press release)