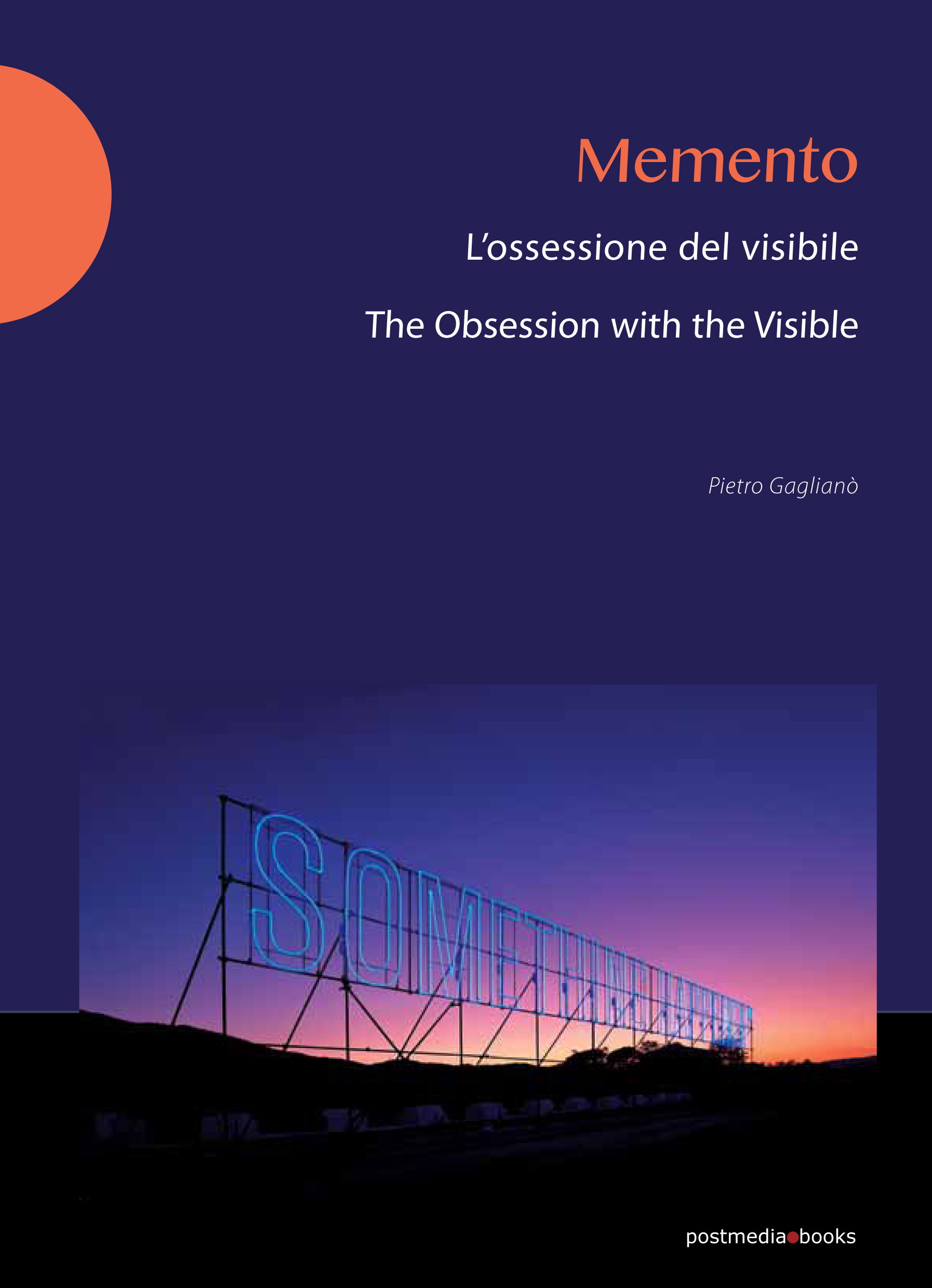 With Memento, recently published by postmediabooks, Pietro Gaglianò takes the reader through the power of language, the one that, through words and images, commands memory in the architecture (both visible and invisible) of power, whether it’s the architecture constructed by European totalitarianism – discussed with meticulous care in the first section of the book – or that shaped ‘by’ and ‘in’ the incessant rhythm of the power of media, whose entire hypnotic strength is transferred into the emptiness of its shell. The monument is the formal synthesis of this power, of a message conveyed by collective memory, which builds and is built around the public sphere. Language and form unite in the power of their impact on memory, a link summed up in the word chosen for the book’s title. Monument and memento therefore find themselves occupying common ground: memory, the one that becomes the accomplice of the structuring of society in a given direction. “Memento”, Gaglianò specifies, “with its etymological proximity to ‘monument’, is the future imperative form of the Latin memini, and literally means ‘you will remember’, you will keep in mind’, and by extension, ‘remember to remember’.” (Gaglianò p. 123)

The spotlight is then turned on the image-creating power of language – either in its pure form or the language of art – on its transverse nature; in a nutshell, on its power of resistance. “Resistance and its faithful symmetry in the area of the visible, the imagination, are manifested where the tight knit of hegemony loosens, and before the control of another (rival or more often coordinated) system begins” (Gaglianò, p. 155).

The book opens with an analysis of a monument to fascist leader Costanzo Ciano, planned by the city of Livorno and left unfinished. This “open-heart” monument, which leaves power visible in its completion (and its dismantling), lends itself beautifully to the start of a discourse which moves backwards and forwards in time, extending its range to everything encompassed – not always predictably – in the ranks of the image (like, for instance, urban design).

Today the monument extends to other forms of collective memory, born outside the hotbeds of power and finding expression in the most varied of forms (or non-forms), often geared to a resistance to the homogenisation of the systemic power of the economy and of art. With this interpretation, Gaglianò travels through the vastness of Italian endeavour, a territory always inclined to the establishment of a particularly solid link between aesthetics, power and urban design, which manifests itself in the politics of consensus or the tensions of dissent. The rhythm intensifies in an extremely dense account of Italian art, in particular art which is actively committed in the public sphere and can thus be included in an open and modern definition of ‘monument’.

The book concludes with interviews with Jochen Gerz and Thomas Hirschhorn, artists who express two different conceptions of a modern idea of the monument, both rooted in plurality, dialogue, openness and uncertainty as an added value, all geared to opening a channel in which vitality and independent thought can flow.