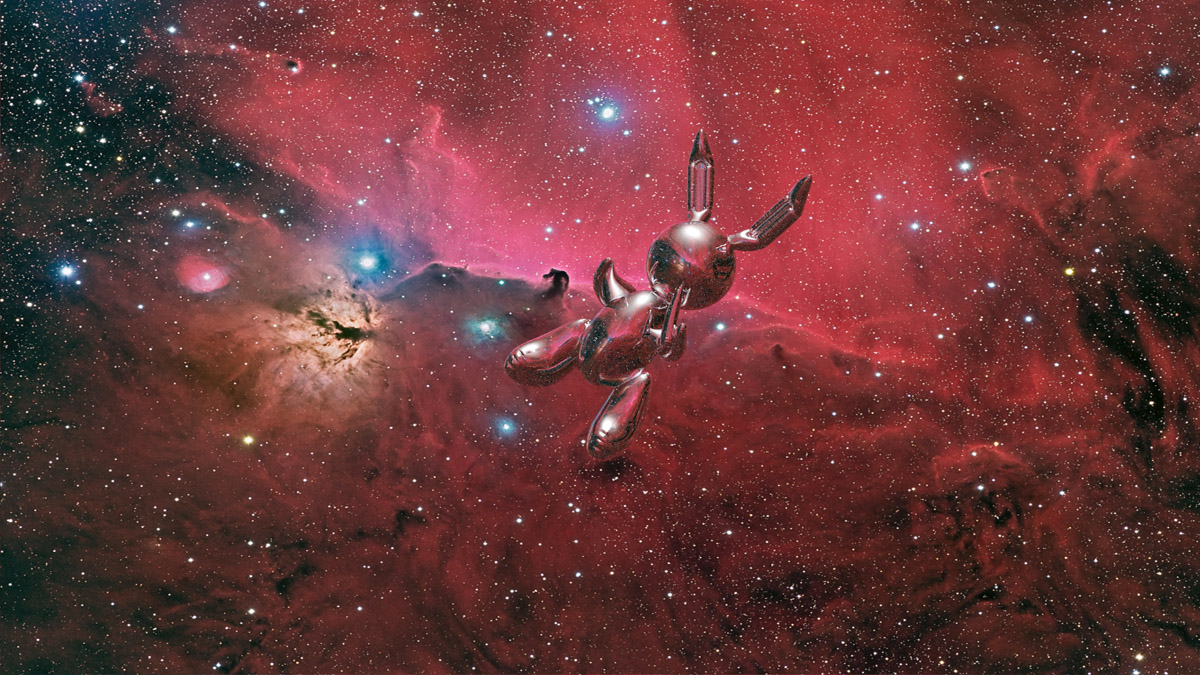 Tom Ireland open Arebyte’s new view with his solo first show in London, bringing together new and recent works which continue the artist’s interest in broad notions of space, time, distance and things, and the way in which these individual facets interact and their cumulative affect on our individual and collective understanding.

At the centre of the exhibition is Actuality Reel_theheavens (2017), a series of videos Ireland has been creating since late 2015. This ongoing collection of short videos sees Jeff Koon’s iconic Rabbit (1986) floating silently through the far reaches of outer space. In these videos, based on a recurring dream the artist had, Ireland conceives of Rabbit, with its mirror-polished, stainless steel skin reminiscent of the metallic veneer of NASA’s Echo balloons (1960) and the shiny sphere of Sputnik 1 (1957), as a cryptic satellite moving through the universe occupying space as both transmitter and receiver. Ireland describes this ongoing series of videos as a consequence of his prolonged ‘haunting’ by Rabbit, a situation in which the sculpture is omnipresent. 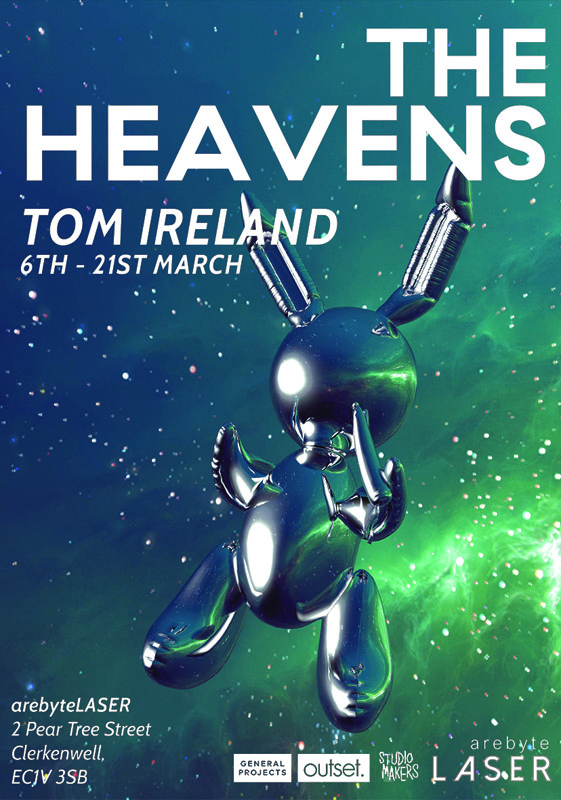 Alongside Actuality Reel_theheavens (2017) Ireland will be presenting And You’ve Felt The Horizon Havn’t You? (2014/17); customised Levi’s 501 Jeans, hand-dyed and stone washed with meteorites from a 16th century meteorite shower. This work is typical of Ireland approach to making artwork; seeking to flatten the space and shorten the distance between separate elements in order to exploit potential and expand possibilities.

THE HEAVENS is the first exhibition launching arebyteLASER’s 2017 programme titled Hotel Generation – a series of paired exhibitions by a generation of young artists from around the UK, all responding to either contemporary Ordinaryism, information overload, collective practice or reacting to the ‘extreme present’. (from the press release)

arebyteLASER is an exhibition and project space in Clerkenwell with an aim to provide a platform for emerging artists to engage with experimental projects and ideas and it is part of arebyte II, the sister space of arebyte in Hackney Wick, London