Memory of Computer Art in Italy 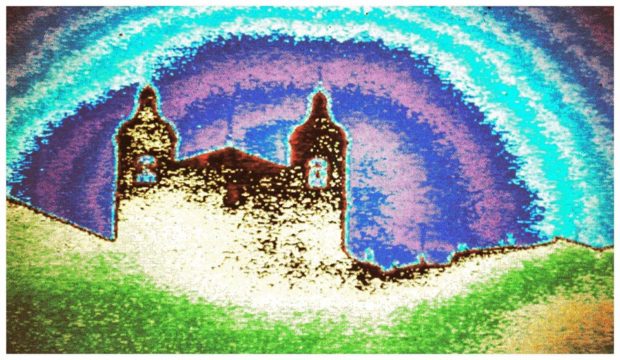 On 20 October a symposium on the Festival of Camerino and Computer Art in Italy was organised at MLAC – Museum of Contemporary Art of La Sapienza. The Festival of Camerino was both a location and an event that allowed new ideas to develop and be exchanged about art and the language technology was uncovering between the early 80s and the early 90s.

The day was organised by Silvia Bordini, a Professor in History of Contemporary Art and History of Art Techniques at the University of La Sapienza in Rome and who researches alternative forms of new artistic languages in relation to electronic and digital technologies, and by Francesca Gallo, also a lecturer in History of Contemporary Art at La Sapienza who looks at the relationship between art and new technologies with a particular focus on process and time-based research.

The one-day symposium included a series of talks that systematically analysed the history of the Camerino Festival (Bordini – Arte Elettronica a Camerino, Lagonigro – Il Festival Arte Elettronica di camerino sulle pagine di Video Magazine – Bordini – Electronic Art at Camerino, Lagonigro – The Camerino Festival of Electronic Art on the pages of Video Magazine); the context in terms of art and festivals during the time when Computer Art was developing in Italy (Gallo – Le “nuove immagini” nella prospettiva postmoderna 1983-1985, – Gallo – “New images” from a postmodern perspective 1983-1985, Lischi – La stagione del video. Festival e altro – Lischi – The season of video. Festival and more); and, finally, the views of artists and technicians and their perspectives on new technologies (Cocuccioni – Il manifesto della Computer Art in Italia, Blumthaler – Premesse e presupposti tecnologici della Computer Art italiana, Eletti – I giocattoli nuovi dell’imperatore – Cocuccioni – The Computer Art Manifesto in Italy, Blumthaler – Technological premises and assumptions of Italian Computer Art, Eletti – The emperor’s new toys). What emerged was the importance and uniqueness of the Camerino Festival, not only as a place where the emerging and developing art forms of these years were visible and available to be enjoyed, but above all a place where artists or groups of artists who were laying the foundations for experiments with art and technologies in Italy could meet. Another essential point to emerge was the recognition that these artists were, in addition, primarily “IT techs” with a background in IT studies or self-taught programmers. Regardless of these different paths, these artists were all equally engaged with the subject of technology, attempting to understand how it worked and its possibilities, and adapting it to the language of art. This transition became easier to understand once the discussion moved on from a simple analysis. In the second half of the symposium the artists themselves intervened and showed their work in an event chaired by Valentino Catricalà, researcher, curator and artistic director of the Maxxi Museum Media Art Festival. 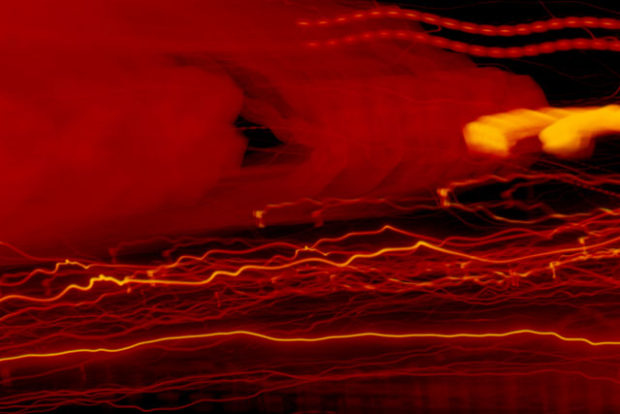 Mario Sasso, Adriano Abbado, Pietro Galifi, Antonio Glessi, Paolo Uliana, Fabrizio Savi and Michele Bhom gave individual talks about their work and experiences during this time as pioneers in an as yet unexplored world. Their considerations on communication media – television in particular often surfaced as a subject or as the ideal work partner – was especially striking, together with a constant and detailed dialogue with both public and colleagues. The works shown displayed a certain simplicity due to the artists’ surprise when confronted with the subject they were investigating and the fact that technical research was itself the subject of the artwork. It was a passing moment, however, because the irony of these works justified and enhanced this simplicity (see the works by Giovanotti Mondani Meccanici, Altair4, Uliana or Sasso), conveying an immediate and shocking subversive energy. This is where everything comes full circle: the words and images become, once again, corporeal and the circle of memories is complete; memory is not lost with the relentless obsolescence of the devices, but through the sharing of experiences and objectives memory becomes a subject of study and action to create new forms of Computer Art.

«Memory of Computer Art in Italy. The Camerino’s Festival of Electronic Art Festival Art», took place at the University “La Sapienza” in Rome on October 20th, 2017, curated by Silvia Bordini and Francesca Gallo.After announcing the event through the press release, Arshake proposes a series of reflections so that the memory that was built by gathering the protagonist of the event can continue in the digital flow, also through the reflection of the younger generation. Angelo di Bello is a media artist and a student at the Academy of Art in Rome.