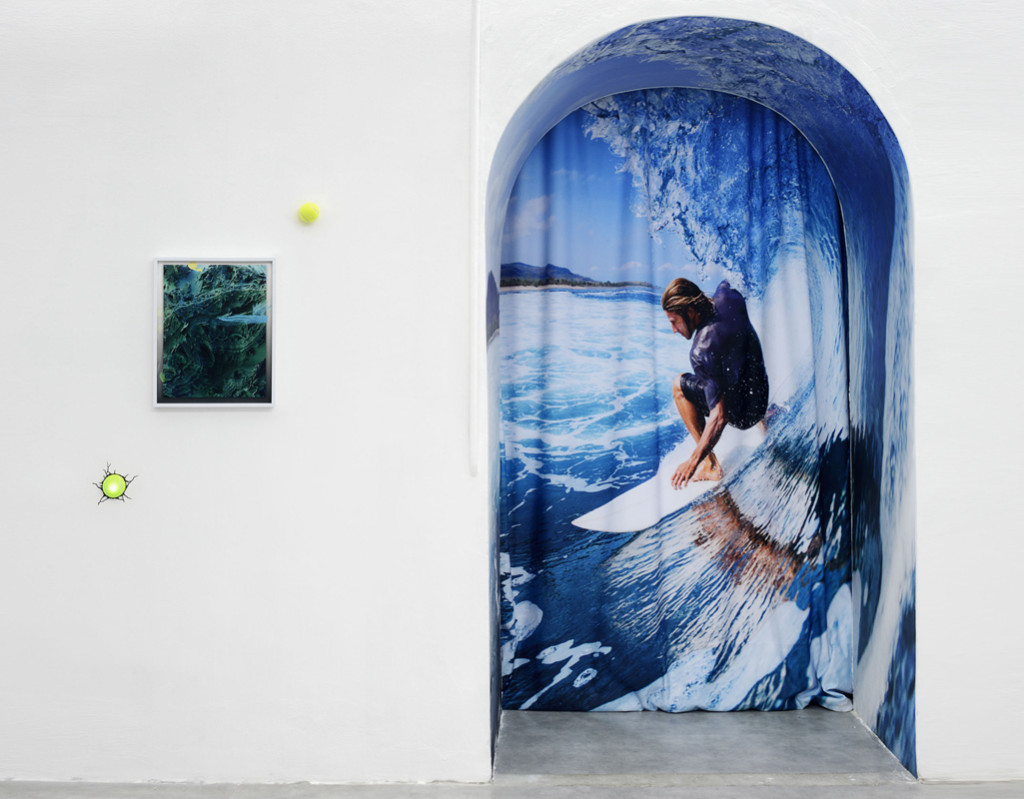 The exhibition/installation by young American artist Michael Manning depicted in the venus of cura.basement encourages reflection upon new creative options. The spotlight is on our most immediate contemporaneousness and forms of expression which spring from a new era that has been developing for several years and is often linked to the generic and analysed term, postinternet.

Internet came into being for the purpose of offering a revolutionary system of communication. Prior to the 1990s, when its access was limited to a restricted hub of professionals –  as well as soon after its first launch to a broader audience – Internet would eventually generate a parallel “fluid” world  to be experienced alongside the real one. Today this fluid world has crossed the boundaries of the physical world to establish an exchange that biologists would define as osmotic. Internet has invaded every corner of our existence. It has extended from the unconscious and creative to becoming a normal course of activity. It has penetrated our skin. In a single breath it has cancelled its very nature of acting as a fine line between the body and the world, having practically diluted them both into one another.

Michael Manning was born and raised within such a context. This is another reason why it would appear instinctive for him to draw away from the term postinternet. Internet was actually his amniotic fluid, as it is for the new dimension in which we are each incorporated and where we are all destined re re-learn how to get our bearings and to hone all of our perceptive abilities and even stimulate new ones in order to be able to distinguish the invisible structures of information that overlap the traditional geographical grids, extending them to those drawn “in” and “from” the liquid world. 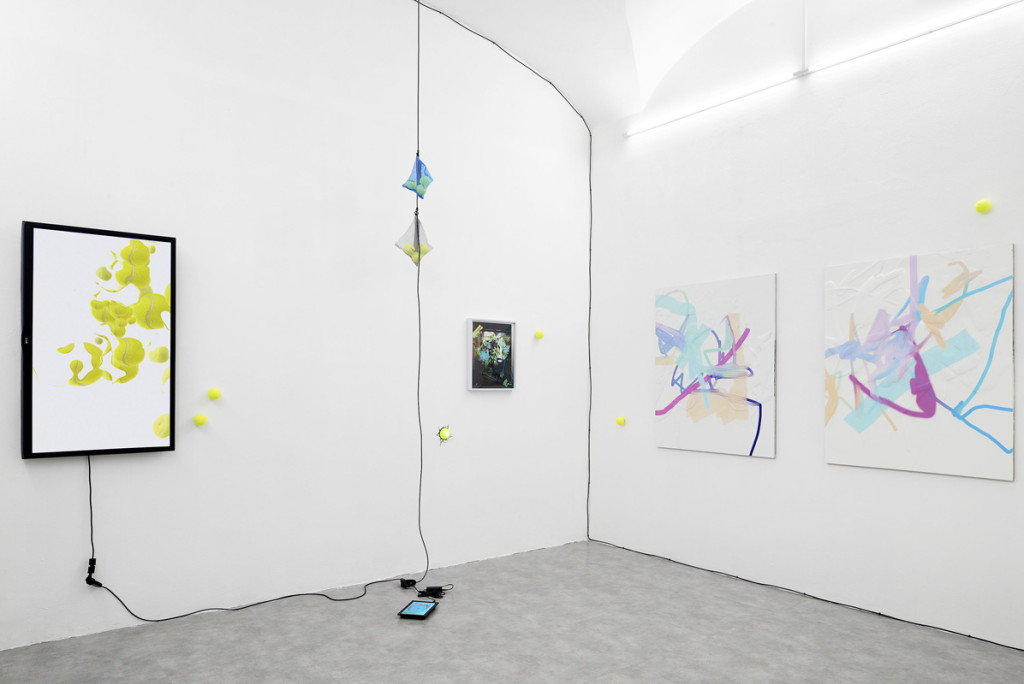 Manning navigates inside and outside of the web spontaneously. His works bounce back and forth from the evanescent world of communication and imagination to the experimentation of material and its relationship with physical space. His work has been sometimes created anonymously in the rooms of Microsoft stores, transformed into atypical artist studios. His tablet paintings were created here – some of which, printed in 3D on linen, are on display at cura.basement. Digital videos and environmental prints such as the open source image of a surfer taken from the Internet and printed on linen curtains and walls (Blue Magoo, 2015) coordinate an exchange and are placed in a way that they can relate to one another and the surrounding space.   So, we could even suggest to Manning to (cautiously) fit within the term postinternet art – not so much as to situate him within a specific genre but to describe the landscape, the “condition“ under which his works come into being and are expressed. In order to do so, we could queue up to the definition that the artist Marisa Olson has recently offered. She is an artist who has experienced the way the Internet lends itself to the creative process in all of its stages. She coined the term postinternet art in 2006 and she she has been re-negotiating its meaning in ongoing discussions and forums. Olson has not interpreted the “post” prefix in terms of a typical temporal sequence (something  that would be better suited to the hyphenated term post-internet)  but more as a “condition which  (a) couldn’t/wouldn’t exist before the internet (technologically, phenomenologically, existentially) and (b) was in the style of or under the influence of the internet in some way. So the answer is sort of both. It’s art that embodies the conditions of life in network culture, art after the internet“.  (M.Olson, Art and The Internet, Black Dog Publishing, 2013)

Far from any objective of compartmentalizing, more specifically in the inclusion of a reflection upon Michael Manning’s work on the Arshake platform – which identifies fully with cross-breeding genres and artistic expressions -, we are asking the young artist to share his opinion about and in relation to his work. Spectators at the exhibit will then be able to form their own opinion through empathetic channels, allowing the extended harmony to flow through them in both the individual works as well as the exhibit on a whole much in the same way as the uneasiness that the dense network of references upon which the exhibit is structured is conveyed to the rational hemisphere of our brains by stimulating it to go forward towards the knowledge of something that is still partially unknown to us – beginning with our questioning of the most immediate contemporaneousness. 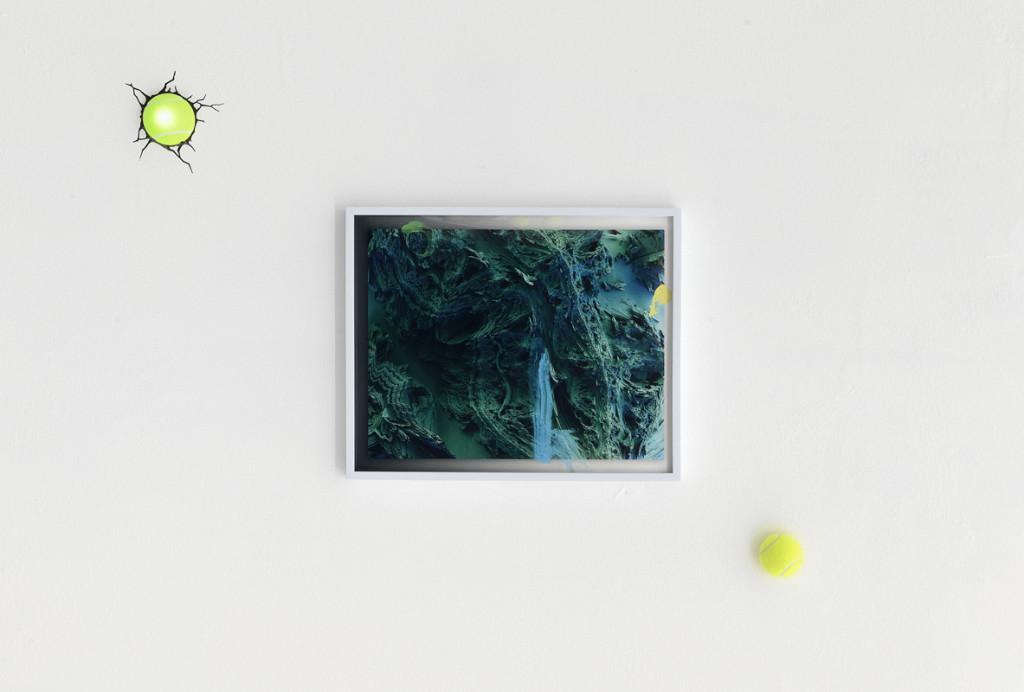 E.G.Rossi: What does post-internet mean to you? Marisa Olson has defined post internet as «art after the internet». Do you agree with this statement?

M. Manning: I think it’s important to understand that post-internet as a movement doesn’t exist in the coherent and organized way that previous art movements have (DADA, Surrealism etc.), but sort of came together as a loose group of artists who were working at the same time and basically just happened to be Facebook friends.   There are a number of sort of sub-sects of groups of art defined as post-internet, some people believe it is as specific as art that uses the manipulation of documentation photography, commenting on the distribution of images online, others, usually blow-hard market speculators, use it as a blanket term to describe any art that is in some way involved with technology.

The writer, Gene McHugh probably did the best job in exploring the term between 2009-2010 on his blog of the name Post-Internet. Personally my favorite part of his writing through this period, was the fundamental ambiguity in the term, the writing existed as a sort of personal documentation of trying to grapple with and understand the term as it was coming to prominence, but with the understanding that trying to pinpoint a definition was a bit absurd and impossible.

To me, the term is best understood as a social relationship to the internet rather than term that defines something chronological. It is about an understanding of the internet and technology on the most macro level possible. It is about functioning in a world where the internet, it’s potentialities for connection and the workings of technology have become tacit knowledge. It is about the things that become interesting and exciting on a social level because people have reached a level of understanding with technology and networks that in a way have made them boring.

Your «Microsoft Store Paintings» are conceived in specific places and into a specific time-frame, that is to say, the Microsoft’s stores. Here is where and when public and private meet. With this in mind, what do the finished paintings mean to you in relation to the act of creating them?

I think more than blurring public and private the Microsoft Store Paintings are meant to reveal something about resources for cultural production or even commercial production. The painting exists as a object to illuminate the ways technology and the internet have allowed us to find new resources and production resourcing. This involves everything from outsourcing practices used by multinationals, to the lean logistical and supply chain management of companies like Amazon to the appropriation of a public computer to produce an art object. 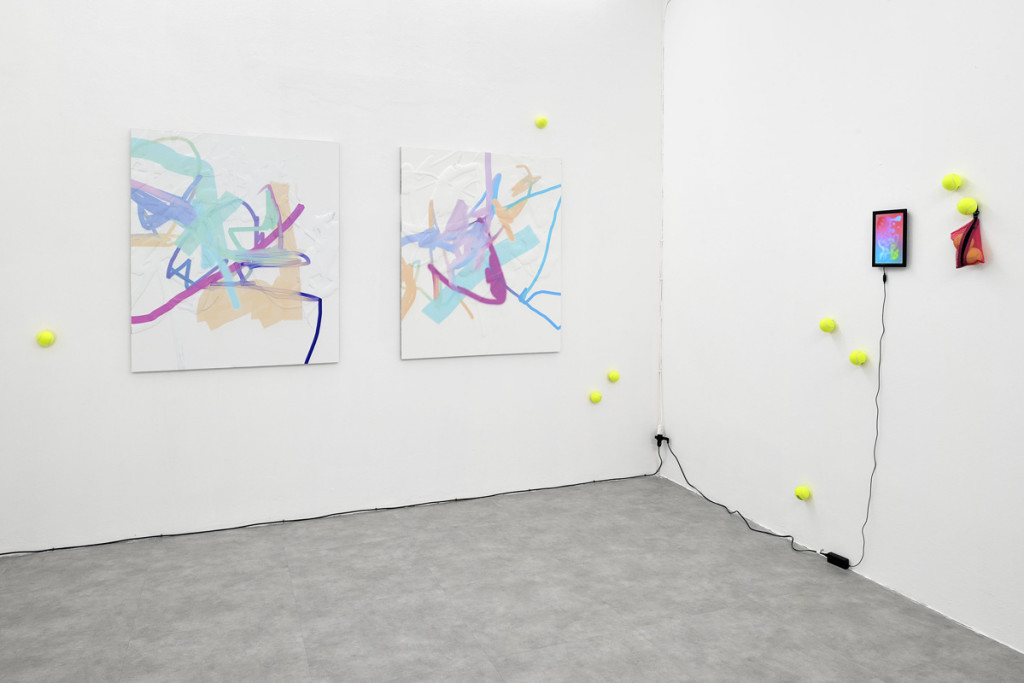 What do you think is the current relation between public and private space?

I’m not sure. There seems to be little difference between the two. I’m not so much concerned with the concepts from the microsoft store paintings anymore, so I think now I am most interested in cultivating the most interesting and enjoyable private space I can but in a way that it is not compromised by the overarching obviously draconian practices used by technology companies and governments.

What is your relationship with traditional painting? What does post-analogue painting mean to you?

I respect painting as a craft, but it is hard for me to understand people who at this point in history relate to painting as their most enjoyable form of expression, regardless of their conceptual or aesthetics interests. In my practice painting exists as a vessel to discuss larger concepts that I am interested in regardless of medium. In this capacity it is just one tool I have at my disposal to use to service a larger body of work in the same way that video, installation, etc. do. Post-Analog Painting means nothing to me. It is an absurd mishmash of art speak to discuss a trend in post-modern painting that has existed since Warhol.