Arshake is pleased to present a selection of texts by Michele Manzini as part of a research project that brought to life the performance of Snags in Palladio, presented in 2014 at Andrea Palladio’s Villa Pojana as the continuation of research that the artist has been carrying out for years regarding the «construction of a language which contemplates (within itself) contradiction and conflict as its structural elements.» The performance has now undergone another adaptation in the form of a video-performance divided into five scenes with the duration of 6.03’. A loop-projection of this work is scheduled on 4 February 2015 at the Milan Triennial’s Teatro Agorà. The performer is Barbara Canal, a dancer who has been part of Carolyn Carson’s Venice Biennale Dance Company since 2000 who also was featured in the live performance of the work. Not only do the artist’s written explain each scene of the video-performance, but they also extend their meaning diving us into the philosophical matter that shapes life. 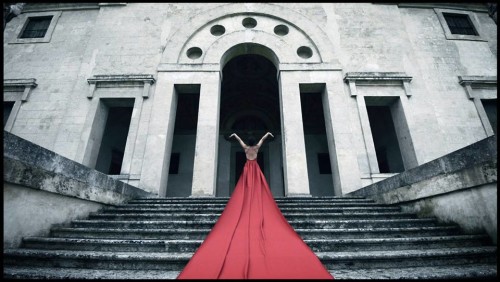 The Pythagorean concept that supreme beauty is «consonance and harmony» is a recurring theme in Plato’s Philebus, presented as the order of the world and featured in the portions of the work that discuss the world. Aristotle also affirms that «the greatest ideas of beauty are order and symmetry» when writing about Metamorphosis.

The tragic and unconquered thought of Heraclitus moves within Plato’s splendour like an underground river and we hear the strained sound of his voice calling man to love and to dispute opposites. A thin line is traced throughout history all the way to the modern era when beauty is more concealed and mysterious. Perhaps it is for this very reason that it expresses its loftiest sense. In the modern era, when tensions and contradictions become so bitter and extreme as to threaten the destiny of humankind, the concept of beauty reappears as an idea that makes differences visible without destroying them. It is at this point that the enigma of beauty is unveiled, revealing its complex, paradoxical and contradictory nature. 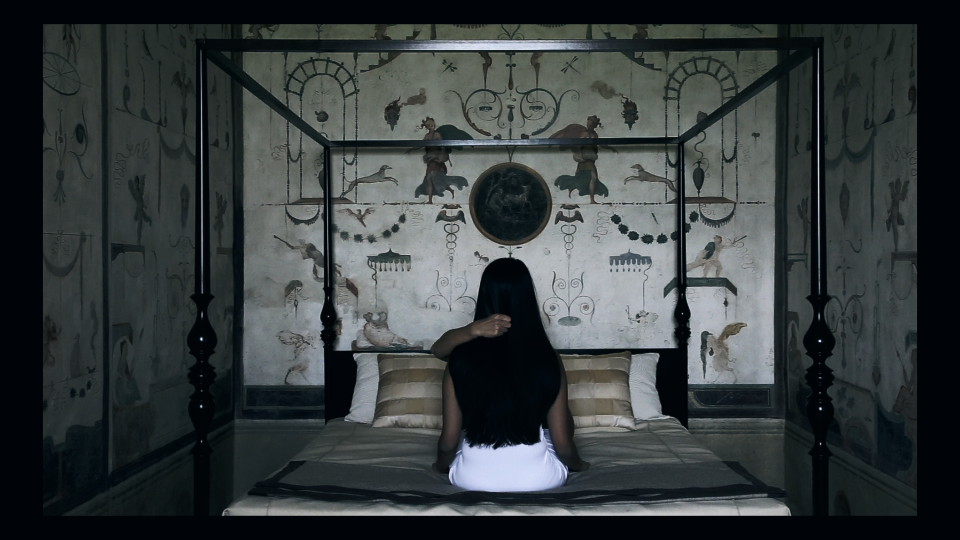 When Valéry wrote his Faust, his concern was about introducing a bit of «truth, an absence of life, flesh…» to the story. If life is missing from the text, the object is subtracted from the truth: it has no place. The thought must be brought close to the pathos from which it originates so as to return to the questions that have faded due to the excess light in which it soars, sublimated. It has forgotten the shadow that resides in the subject – the ring of all things and of every space we inhabit. The thought that removes the body is the thought that forgoes love and, with that, denies it of the capital questions of suffering, death and happiness. This is the thought which has lost every ethical dimension, every connection to good and evil. Its knowledge is obtuse because it knows no wounds. 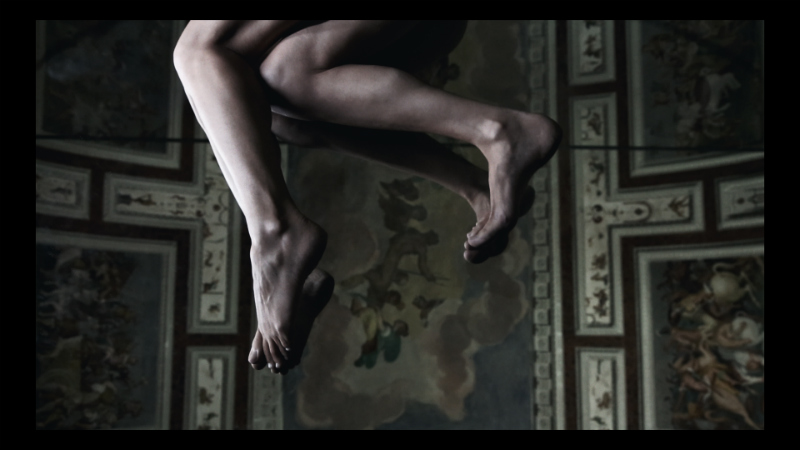 It appears that the only thing granted to allegorical pretence is the relationship which Aristotle classifies in the category of «likelihood function» in his Poetics. However, a certain quantity of truth is always and indissolubly linked to the fallacy of a tale – much like a mask whose purpose is not limited to hiding a face.

The intrinsic truth of the face behind the mask is always met with. In an allegorical narration, truth and deceit are resolved in a relationship that is infallibly dual. The allegory is a process of metamorphosis. It always tells of change, the transformation of the figures that are modified, deleting their boundaries and freeing the images so that they can become accessible to new configurations. The allegory is a «transfiguration» that leads us to losing track of any connection with the apparent image of the things of this world by enlightening and recovering a plane of reality elsewhere that until then had been left invisible. 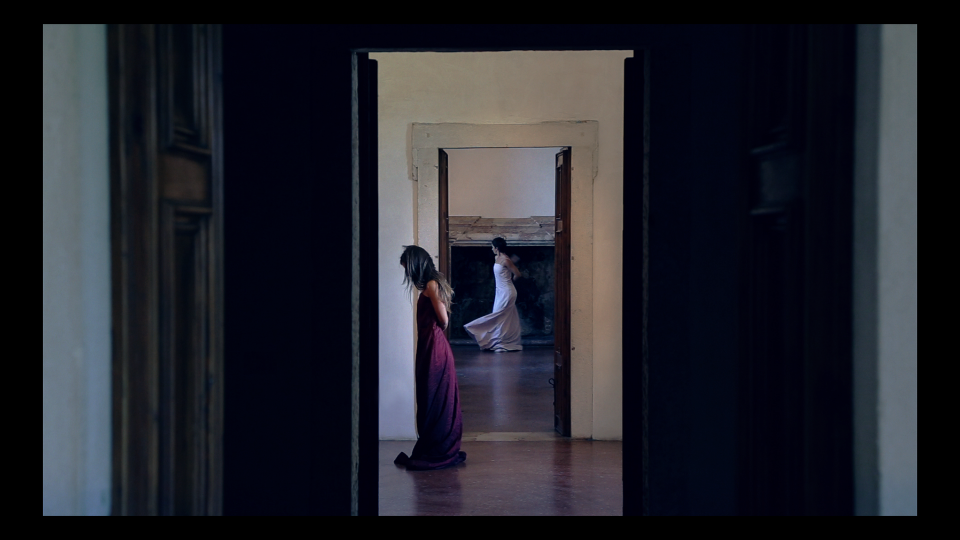 There is a substantial difference between boundary and threshold. A boundary is a line, a limit upon which different realities or identities are ascertained. On the other hand, a threshold is a space through which we can pass to get beyond a certain point. The territory of a threshold is not exclusive, but inclusive. It includes everything that could call it into question. Mixtures and conflicts take place here as well as changes and rites of passage. We could place at the heart of this threshold experience a Proustian image of the «hour of knowing» from his Rembrance of Things Past. It is the image of awakening. The awakening is the suspended moment of a lag. It is a point of rupture and passage that places us in the undefined region of «between-time» and «between-worlds» in which oneself and things – the past and the present – are revealed in unprecedented configurations where an authentic knowledge can be produced, originating from the experience of mixture, juxtaposition and conflict. 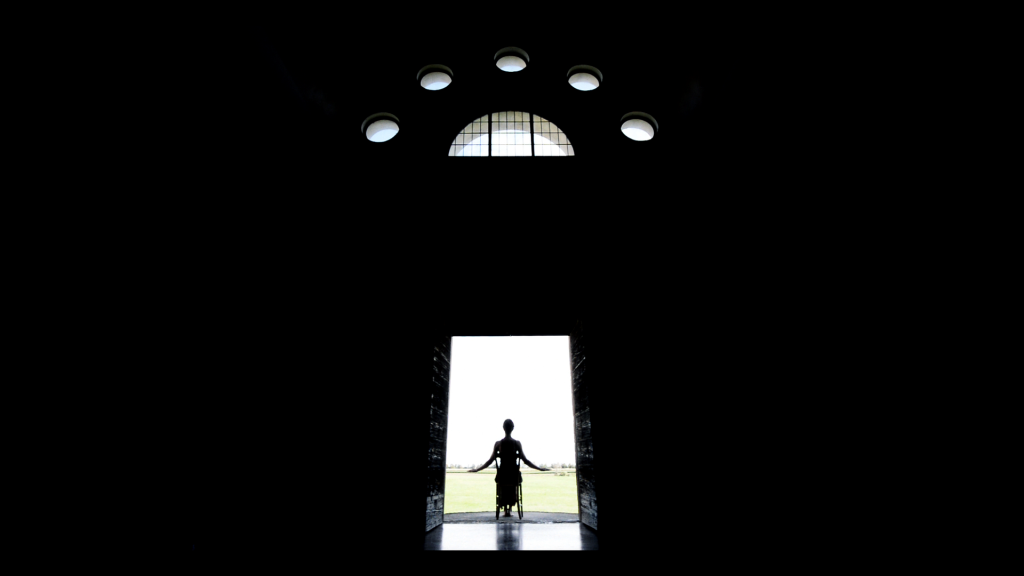 The Neo-Platonic rationality that guided Renaissance artists in their quest for harmony dictated that they leave everything related to deceit and falsehoods behind: myths, tales, and poetry. But when Rimbaud speaks of «a reasoned regulation of all senses» that can only make us seers, capable of responding to the necessity of «being modern», he reveals the necessity of another thought. A thought that Musil would later define as something that combines precision of reason with the myth’s ability to illuminate the manifold, the contradictory and the plural. This is why Hölderlin said that the wise aspire towards beauty but that this beauty is not achieved through the subtraction of individuality and passions but through pathos. Thoughts that will be developed along secondary paths throughout the 19th century, breaking down the metaphysics of light that tried (in vain) to conceal that cone of shadow which every single thing projects as its irrevocable and inalienable truth.

The texts above are signed by Michele Manzini and they costitute a central component of his research, the onethat lead to the realization of the performance   «Snags in Palladio» in 2014 and its evolution in the video-performance divided in five scenes that will be presented at Teatro Agorà at the Milano Triennale, on February 4th, 2015.

For years his work has been focused upon the theme of landscape, setting it against the concept of harmony to create of figures capable of conveying instability and conflict as unresolved elements. His work has been displayed at many exhibits in Italy and abroad including those hosted at The Italian Institute of Culture in Prague (2009), Rome’s MAXXI (2009), SUPEC in Shanghai (during the 2010 EXPO), and at the Venice Biennale (2011 and 2013). He has published several books including Il paesaggio e il suo mito (Editions de la Villette, Paris 2002) and Mescolanze Edizioni Kn-Studio -2011). Manzini was also the recipient of the Terna Contemporary Art Award in 2009.

Barbara Canal, choreographer and performer. She began her career studying and working with instructor and choreographer Matt Mattox for whom she danced in several shows. She was later chosen as a soloist by choreographer Jean Marc Boitiére. After receiving her Technical Aptitude certificate (E.A.T.) from the Centre National de la Danse in Paris she was chosen for the Venice Biennale’s Isola Danza Academy directed by Carolyn Carlson. She has been a part of the Venice Biennale Dance Company since May 2000 under the direction of Ms. Carlson, touring with productions throughout Italy and abroad.