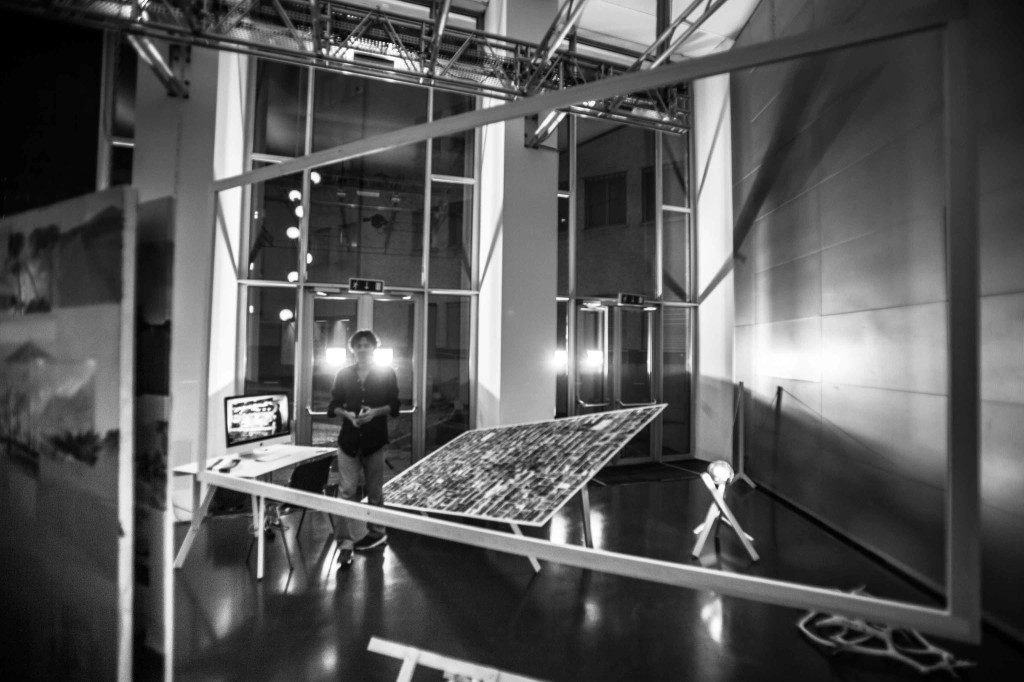 Ñewpressionism is the new artistic movement launched by Miltos Manetas. It is being presented for the first time to the public at the Swiss Institute in Milan as the result of a series of workshops that took place at the Rome Institute and the beginning of a new current of thought. Manetas has been experiencing technology in a in a symbiotic exchange. He has been portraying the screen era in the most peculiar forms and formulas. It is since a while that Manetas had advanced the landing of cyberspace in the analogical reality – a reality that we now experience through a technological filter that we have already fully metabolized, becoming a part of us.

Yet again, Manetas has catalysed the energy, work and beliefs of visual designers, architects, writers and composers in order to explore this new  nature which is both analogical and technological. There is an explicit reference to the Impressionists who painted en plein air during the 19th century to portray landscapes also as a means of knowledge. Similarly, the Ñewpressionists portray the technological nature and seek for its meaning and essence through a variety of [analogical] tools, such as  painting and sculpture.

The architect Sebastian Bietenhader converted the exhibit space for this show in Milan. He transformed the hall into an analogical desktop folder without creating original structures, preferring to arrange works on display instead. The exhibited works make up the various layers and bring the framework to life: each is a «dried web page», each a small portion of the Internet memory. This kind of layout deliberately makes it difficult to grasp the details of each work of art. They are inaccessible in their frontal projections. Once the set-up of the works at close range has been focalized, one immediately and instinctively seeks to understand more. Instinct, so strongly linked to humans in their physicality and perceptive abilities, is what drives us beyond the doors of physical space and into the dimension of multimedia. 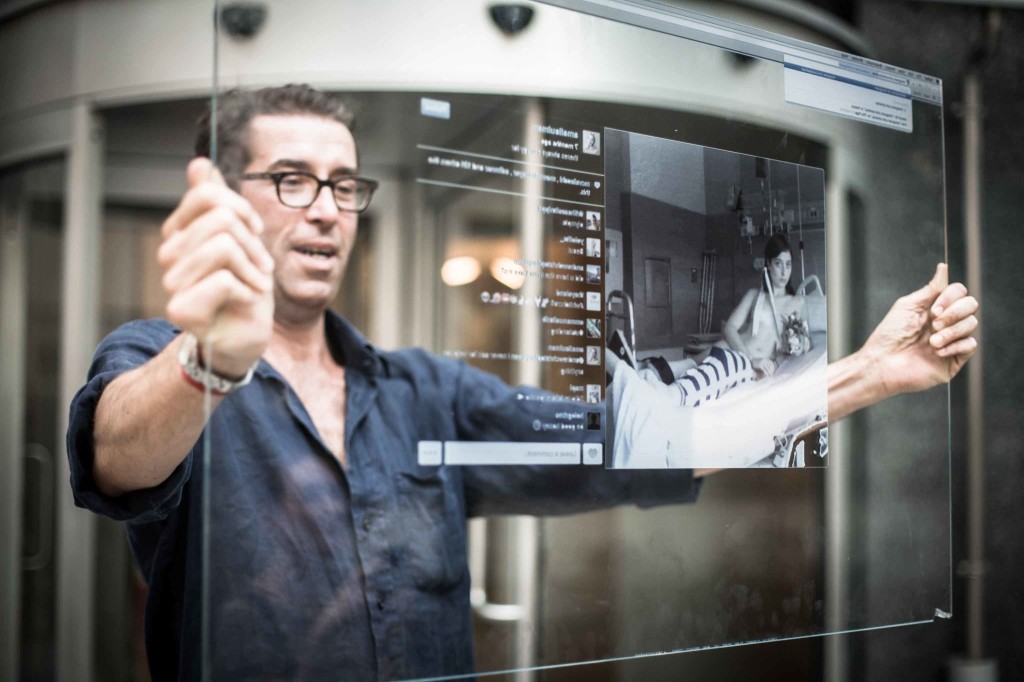 Information available on internet, participation in social networks and the guidance of Manetas who tells us of his exhibit through a Samsung device supplied by the Swiss Institute are some of the tools at our disposal. Manetas’s voice draws us physically and mentally into the desktop. He starts by explaining that the monochromatic paintings that we first cross in the exhibition (on the surface of the desktop) symbolize an internet which has now become obsolete and dried out; its former vitality gone. It is the artist’s words from the Samsung device to encourage us to hold the crystal slabs placed along the wall. Websites belonging to the work and life of the artists have been printed on the slabs and we are invited to look through them as we view the exhibit. We are now physically engaged with the weight of the technological filter. Some of these websites are the memory of works belonging to the pioneers of the Neen movement, founded by Manetas in 2000 to describe «a generation of undefined visual artists».

In the Ñewpressionism we encounter some of them whose presence followed Manetas visions throughout time, such as Mai Ueda, Angelo Plessas and Mike Calvert (the site of his first Neen work is printed on one of the crystal slabs). Among the authors who joined Ñewpressionism, also Priscilla Tea whose abstractions transpose and materialise the Photoshop grammar into painting, Valery Grancher (artist, theorist and curator) who has extensively investigated and conceptualised the internet world, Sylvie Fleurie a Swiss artist who embeds new age symbols of luxury in works recognized for the taste for Pop and in a «post-appropriapionist» style. Young artists offered their great contribution as well: Alessandro Giannì with his large-scale landscapes found between the layers of duplicated people observing spectators and Valentina Nascimben who portrays with painting on aluminium superimposed images taken from Google in a certain time. 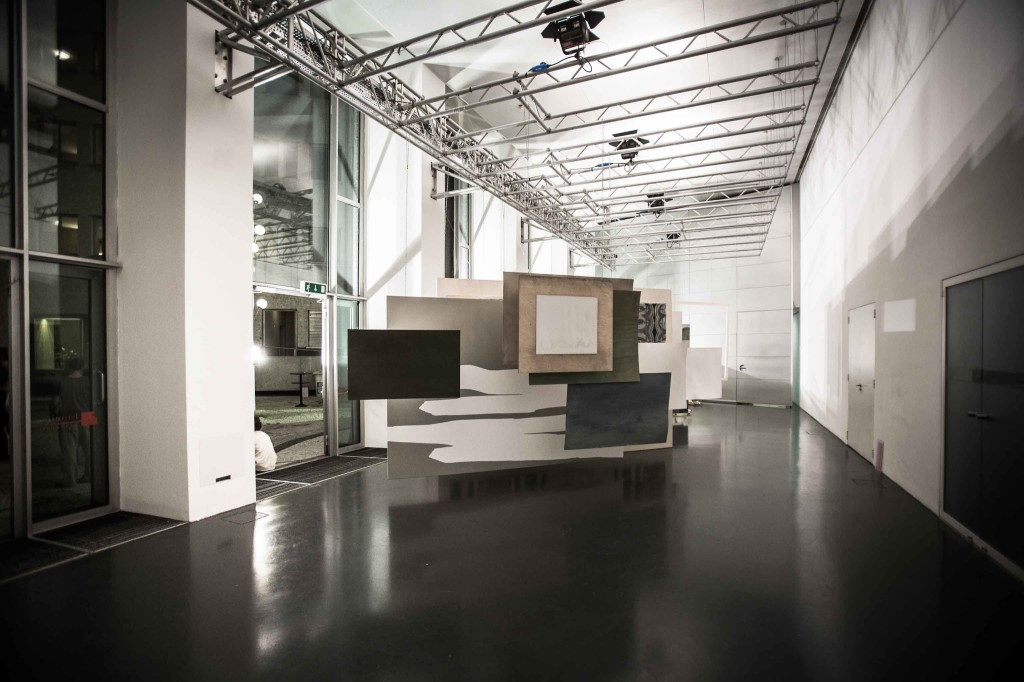 All this, and much more, is pressed within the layered structure of the exhibition. We are able to unfold it once we «navigate» the show crossing a multimedia dimension. This time multimedia departs from physical space to be then driven to search for what is impossible to view in its entirety by venturing into a series of dislocated devices between space and the net: the above – mentioned Samsung, the computer screen where it is possible to view a series of video works, the social networks and other online presences that Manetas considers today’s authentic live space.

The novel The Map and the Territory by Michel Houellebecq placed next to the screen opens up another bridge between analogical and virtual space. The book is the physical location from where to start the journey into the virtual world, the one of imagination – the same place where author William Gibson for his Neuromancer novel found inspiration for visualising cyberspace before it became reality. In the case of The Map and the Territory, the analogies of the protagonist with the creative vision and attitude of Miltos Manetas are surprising: the same fascination for technology and the ability to observe reality more closely in order to look towards the future, to anticipate and establish new trends in a way that very few others have been capable of in recent decades. We do not know if Manetas borrowed the novel to describe him or if it was the writer who knew Manetas and decided to portrait him as the main character of the story. It doesn’t matter what the truth is. Imagination and reality, analogical and virtual are comprised in the same dimension. The important is to walk trough its [infinite] channels of access.

Images (all) ÑEWPRESSIONISM, 1,11,111. FROM SCREEN TO NATURE AND BACK AGAIN, Istituto Svizzero, Milano, installation view, photo by Emanuele Biondi