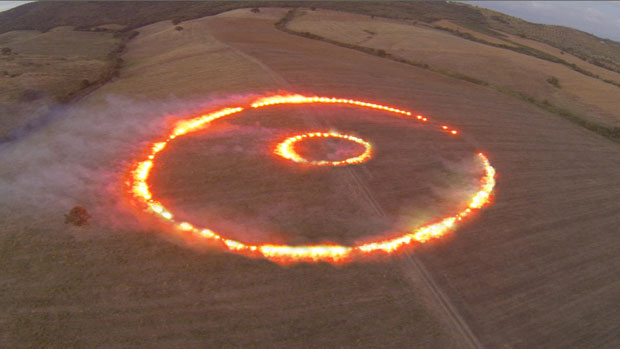 The work of Moira Ricci states to what extent art, through its means and idioms, is able to come closer to the sky or to the dimension that stands at a certain distance from the reality in which humans live. This is illustrated by the creative and technical skill her works of art relate and contain.

This Tuscan artist cancels all temporal and dimensional distances in her Dove il cielo è più vicino – a project designed specifically for the Performance and Exhibition Space at the Tenuta dello Scompiglio – which allow for an opening towards a full narration and the initiation of a mixture of distant actual dimensions. This work was designed for exhibit space in Vorno, a town immersed in the hills of the city of Lucca. Its natural dimension corresponds to the Maremma area in Tuscany where Moira Ricci was born.

The story is generated from the land where we have the perspective of the sky: a point of departure to face it and from which to direct our gaze to find another viewpoint or place of vision. The sky is brought closer by way of a mechanical means that allows for new observation. The aerial video is of a cultivated field with two concentric rings of fire that recall the legend of the Harvester Devil, handed down orally from one generation of peasants to another. It is interpreted here in the relationship between heaven and earth. 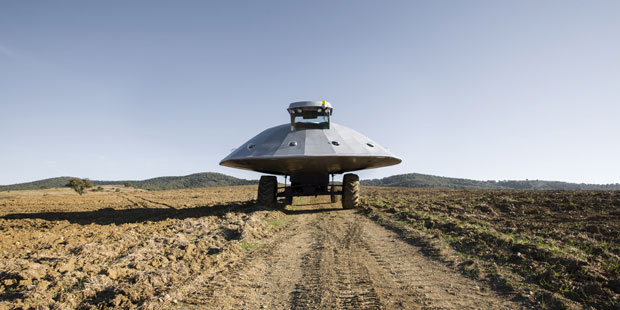 The narration focuses upon the personal dimension that the artist uses as an intermediary between herself and the outside – or reality in its everyday essence. The trace of reality is the origin that leads to an aesthetic result developed with meticulous technical attention as can be seen in the photographic series installed in the large hall at SPE. The images of abandoned farmhouses, once the very heart of peasant life in Maremma, have undergone cancellations. In fact, Ricci uses digital photo editing to delete the doors and windows of the buildings – thus transforming the one-time vital centres of the connection with the land into isolated and inanimate structures, similar to the ones depicted in Mario Sironi’s urban landscapes. They become totems or monoliths in the dark hall, bound to the research of a lasting history which has left the traces of a great transformation behind. The photographic works are defined by a thin and oblique band of light that draws a trapezoidal shadow with luminous contours onto the floor, almost as if cenotaphs were emerging from the dark. 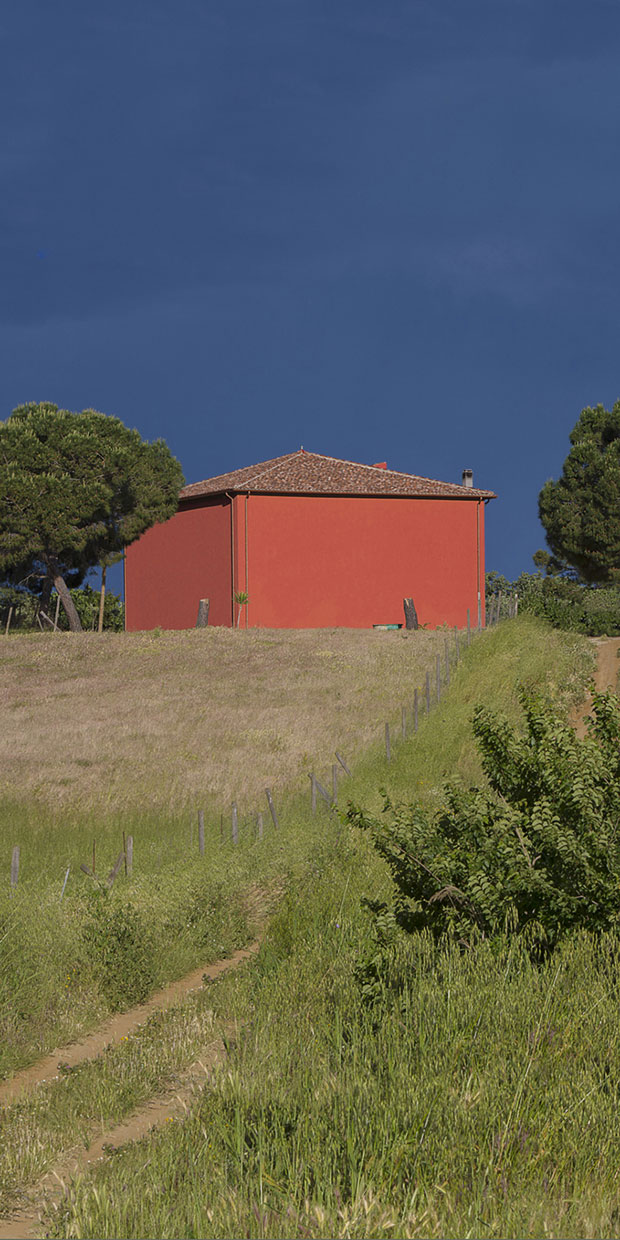 However, we do not contemplate failure at all. We make an effort to understand a project supported by the will to stretch beyond and tackle what is conveyed as impossible. In fact, the process that resulted in the filming of the video which recorded the 37 days it took to transform a threshing machine into a spaceship declares precisely this. Through a video acceleration effect, the spaceship takes shape as day and night approach, in the vital participation of each. This is an ensemble piece in which the artist has involved relatives and friends in an accurate construction of an idea that is more or less probable and commands its successful result. Therefore, the will to redefine reality returns in order to take on the future in which the temporal process is misaligned and belongs to unfeasible dimensions, thus defining the success of the final take-off superfluous. 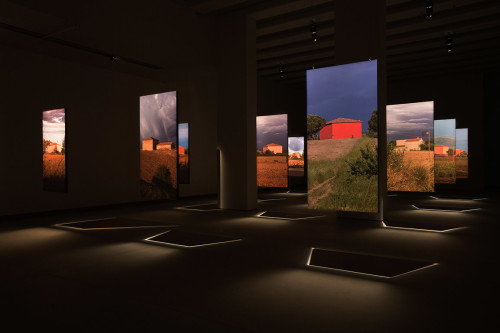 Daniel Rozin. Reflections at the Mirror