Characterised by an atmosphere aesthetically transforming documents into monuments, a totaliser of knowledge able to contain within it all the minuscule traces left behind by man, the production by Mrđan Bajić (Belgrade, 1957) represents a flow of ideas, a container that invites us to reflect on our collective conscience and reignite it, and a terrain that absorbs memory and history. Bajić’s intention is not to pronounce a moral judgment, but rather to provide precious dawnings of truth that are «effectively fragile but irreversible, obstinate and resistant to the shocks» of falsehood. 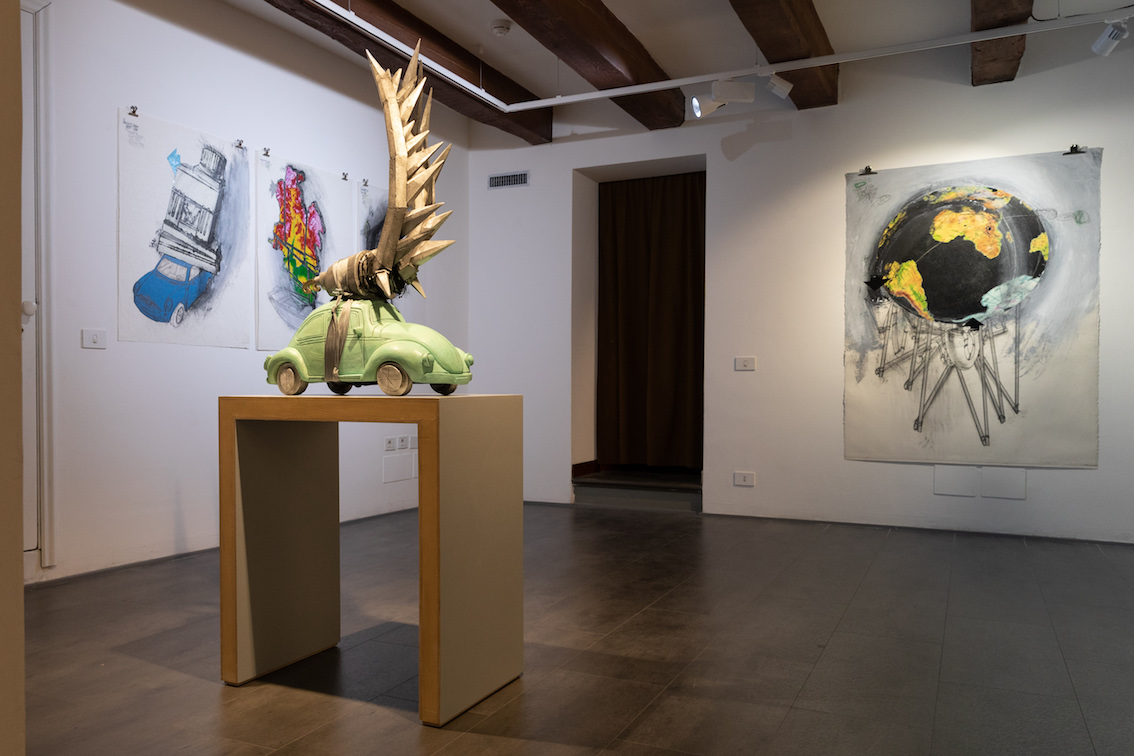 Active since the early 1980s – Bajić’s first solo exhibition took place in 1983, organised at the Galerija Dom Omladine in Belgrade – the artist moves with the currents of revolutionary art, emerging from a multicultural scenario that sets aside ideologies to take on, even if only for a short time, new ideas and trends, in order to freely express himself and open himself up to international debates.

Bajić radically changed perspectives after the following events: the Balkan Wars which broke up the Socialist Federal Republic of Yugoslavia (Socijalistička Federativna Republika Jugoslavija) following the death of Tito on 4 May 1980; the Agrokomerc scandal (1987); the wave of nationalism initiated by Milošević and connected to it, as a way of covering it up, the Serbian Academy of Sciences and Arts Memorandum (1986); and the massive bombings by the North Atlantic Treaty Organization (NATO). 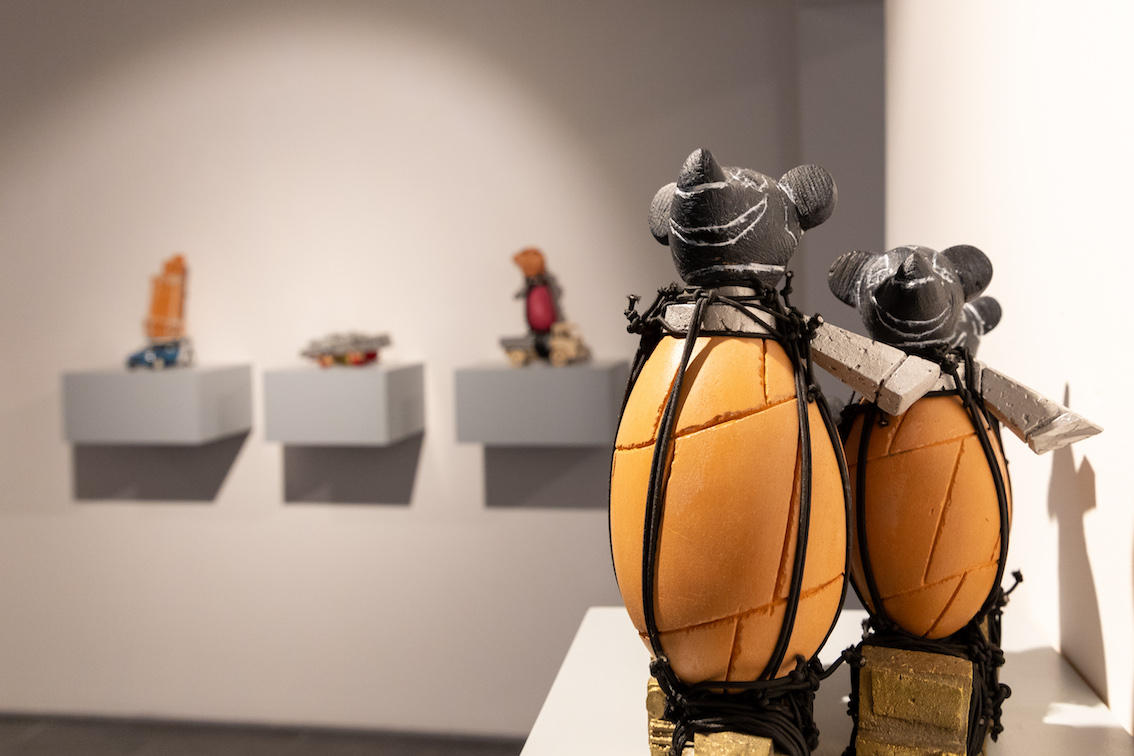 After these events, Bajić embarked on a reflective journey in which ethics, aesthetics and politics – man is a political animal, warns Rancière in Le partage du sensible (The Distribution of the Sensible) – are interwoven with enduring memories. These memories return between the pages of an artificially refined narrative, the face of which is not solely signed by terror but also open to a global dialogue, illuminated by a desire to evoke, rebuild and recover hope – without forgetting. 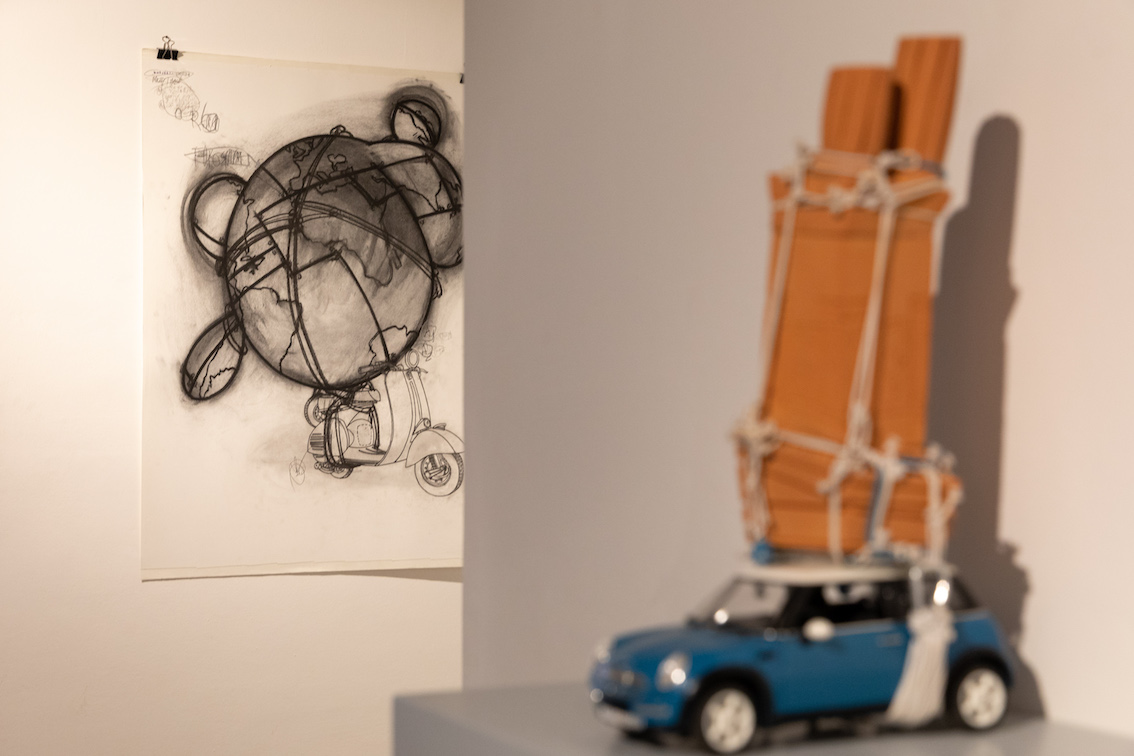 The artist’s aim was to record the cultural climate of the time and define a complex strategy of destructuration, dissolution and subversion of conventional stylistic sculptural features. Since 2005 the discourse has become more focused, more markedly open to ostranenie (defamiliarisation, from the Russian остранение), displacement and the extraordinary challenging of the senses. An example of a project from this time is Jugomuzej, a catalogue of memory, a collection of materials in which capitalism and communism are connected through the razor wire of irony to demonstrate social instability, the unsteady step of a world that is moving suddenly from the “communist dream” to a “consumer’s paradise” of total control. Jugomuzej is a utopian project for a virtual museum in which «objects, personalities and situations of historical importance for the formation, existence and disintegration of Yugoslavia are collected». Jugomuzej represents a world which, with the future now behind, associates catastrophe with the construction of the new, whose advancement clearly recalls events, months, days and hours. 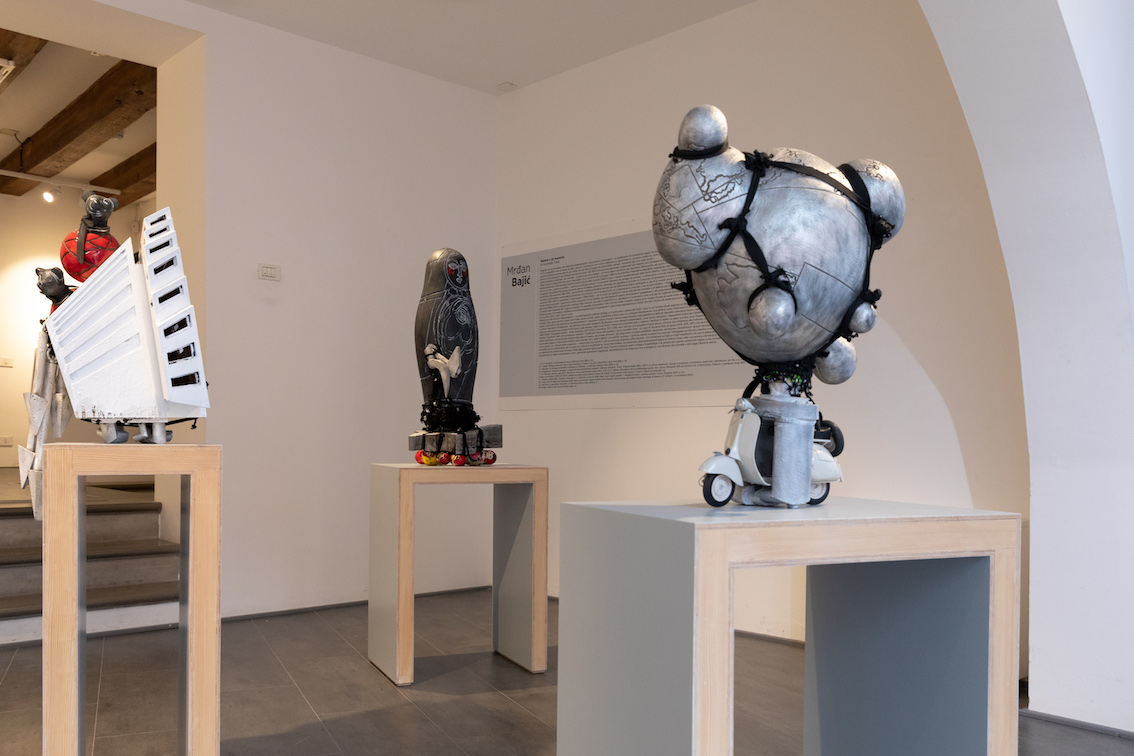 Described by Lidija Merenik as skulptotektura, the linguistic models moulded by Bajić work through the collective sense and, shamelessly, launch on the art platform devices that are highly ironic, whimsical and able to shake up society’s nervous system. This has been especially true since 2005, when the artist completed Backup which could encompass and contain all his work – «notes, drafts, texts, lost works, started works, discarded works and completed works come together and are directly connected with each other as «fragments of a search for meaning, from past ages that are already encapsulated in a now incomprehensible circumstantial bubble». The systematic use of captions – to be understood as integral parts of discourse, indispensable elements and significant traces – also represents for the artist an essential glue which creates a relation between conscience and knowledge, a fertile awakening where the real becomes the object of fiction, a useful function with which to seize and decipher reality. 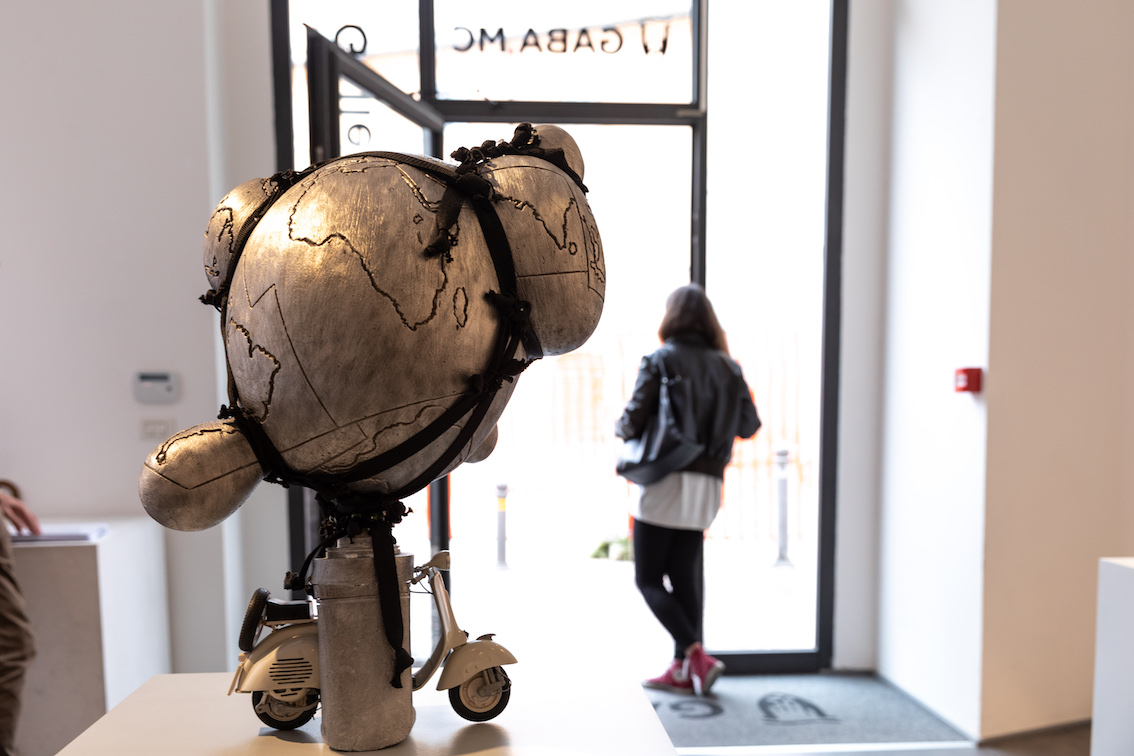 La classe ouvriére va au Paradise (The Working Class Goes to Heaven, 2012), I Like America and America Likes Me (2014), Tatlin (2016), the imposing Globus – Velika Skulptura (2017-2018) and Germany (2017-2018) are some of the titles where citations summoning names from contemporary art such as Joseph Beuys and Vladimir Evgrafovič Tatlin (who aimed to build the good of humanity) can be found; and even cyclical moments – this is the case for Facciamo finta di niente (Let Us Look the Other Way, 2014, 2016, 2017) which gives the title to this exhibition – that are ready to create a sensorial movement, an elegant oscillation ranging from the playful to the tragic, from the cruel to the ironic, from melancholic appeal to mocking desecration, demythologising and demystification of great stories, of great collective blunders.

Cars, soft toys and childish dolls, moulds, garnets, laces, globes and balls, small crocodiles, buses and humorous vanitas (meaningless objects) invade the scene to trace a plastic and polymaterial discorse where context and causality merge thanks to an – always able and generous – short circuit revealing the face of an effervescent spiky irony. With surreal and, at times, metaphysical tendencies that never surrender to a bitter smile, but develop through an ars combinatoria (combinatorial art) at the base of which is the desire to amplify the relentless flux, a potential Gesamstkunstwerk (a total work of art) can be found. Gesamstkunstwerk is connected to the symbol, understood in its etymological essence (συμβάλλω), as piecing together the elements of an infinte line of thought concerning memory. Mrđan Bajić today offers projects where the recourse to techniques of collage and assemblage becomes increasingly urgent and ever more connected to a desire that wants to reconciliate some of the historical rifts and contextually create visual condensations, judicial movements of objects, disorientating feelings that seduce until an illusion is reached through which the illusion itself is enchanted and destroyed.

Mrđan Bajić, materia e (è) memoria is the text by Antonello Tolve that accompanies the exhibition