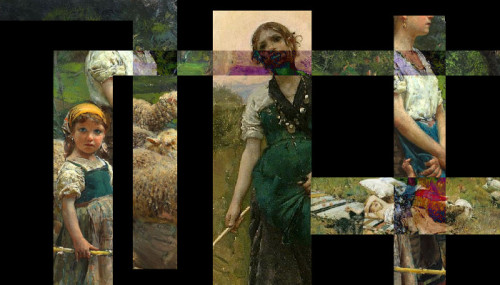 «The impact of technological transformations on knowledge can be expected to be considerable »[1]. The prediction of Lyotard back in 1979 is particularly relevant and seems to echo clearly through the halls of the Michetti Museum at Francavilla al Mare, the stage for the Mutaforma. Prima Biennale d’arte giovane abruzzese exhibit, open from 8 March to 13 April and curated by Lucia Zappacosta. The building of an audacious dialogue between polychrome polarities, including those which are distant (according to public records) is the primary goal of an event whose title (to quote Ovid) is a declaration of intent in and of itself. Experimentation and exchange are materialized through the creative adventures of eleven different couples made up of one young artist from the Abruzzi region and one established artist reunited under the hallmark of  «intermedia» and technology: protagonists of a multi-sensorial itinerary developed on two floors of the museum and articulated by constant perceptive mutations. Cutters is an opportunity for encounter and osmosis between animation and sculpture between Jukuki and Danny Jorket who initiate an analysis on reality, using the dynamics of power of a strange animal micro-society as their central figures. 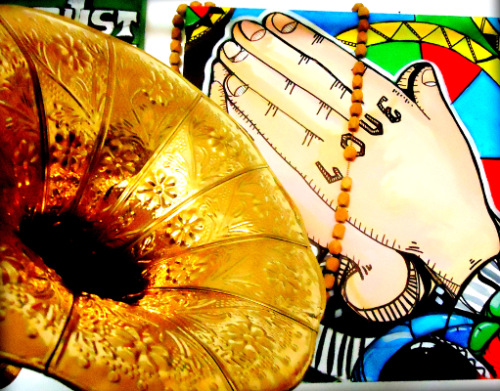 Obey is a tribute to the metropolitan subculture through the creation of an urban altar, the materialization of sacredness contaminated by fragments of daily life, the result of a fusion between the pictorial and graffiti style of Matteo Liberi and the audio/visual manipulations of Jay Artworx (aka Dj Batman). Bianconiglio (painter) and Francescpaolo Isidoro (theatre director) set off upon an introspective journey that pond

ers the concept of Evil and its consequences through Ingoia (Swallow), a work that combines theatre performance with installation and related audience participation. Perimetri (Perimeters) is a video installation of an encounter developed in creative code programming that pays homage to Abruzzi’s own painter and photographer Francesco Paolo Michetti through the decosntruction and re-composition of images – an idea developed by Lorenzo Kamerlengo (videomapping and creative coder) and Catodo (Generative art) that is geared with a Simmelian philosophical sub-level. The combination of Conceptual Art and Sound Engineering takes shape in Corpo Oro (Golden Body), a work by Vice and Globster: two superimposed sheets displaying a golden nebula obtained by a pulverized wedding band and distorted by a background of field recordings – a technique that captures sounds outside a recording studio. 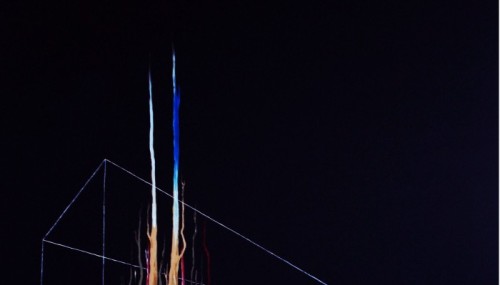