Bruno Munari and The Useless Machines. The Programming.

In this section, attention will be focused upon programming features, production in series and the calculated programming of shapes obtained from the motion of the machine’s elements.

During the 1950s Munari began to work on the theoretical aspects of creating objects with an aesthetic function – works of art produced in series by adopting the technique of industrial production. At the same time, his attention was focused upon a rational line of thought that evolved from forms of concrete abstract art towards programmed art and a quasi algorithmic development of shapes whose aesthetic result was the outcome of a programmed method based upon constructive rules.

Munari created a Useless Machine for Christmas of 1956 in a series of 20 samples, using a rectangular anodized aluminium sheet that could be partitioned into 20 squared modules.[1] The sheet was cut into six elements of different lengths, becoming the origin of each of the machine’s components. Eleven small coloured squares were then screen printed in preset, different areas on both sides of the sheet.

The simplicity with which the machine is fabricated makes it possible to reduce production costs. Munari then decided to realize it without starting from an original sample, i.e. from a prototype from which a preset number of copies would be derived. 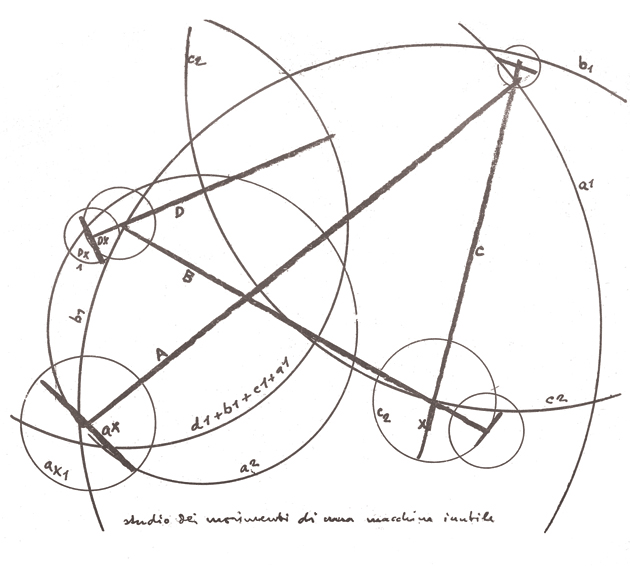 Serial production began directly from a constructive process and was the artist’s first «multiples». Its creation shortly preceded the first serial productions of Sculture da viaggio (1958) and participation in a project by Daniel Spoerri in the December 1959 edition of M.A.T. (Multiplication d’Art Transformable). In this particular project the Romanian artist presented serialized kinetic artworks by Albers, Duchamp, Malina, Munari, Soto, Tinguely, Vasarely and others. 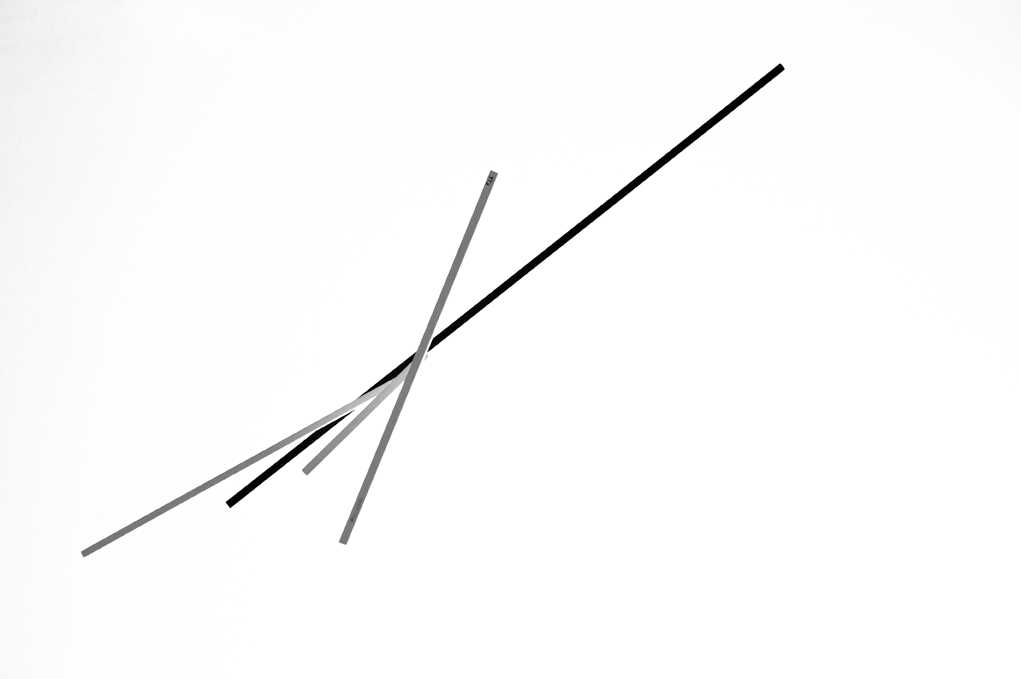 Spoerri placed emphasis upon how important it is for multiples to have kinetic traits, motion:   «Even if the owners of a kinetic work of art produced in a 100-piece edition have pieces that correspond with the same specific qualities, they actually own an original piece of art which is one of its kind because it changes constantly».[2]

Therefore, the work takes on several characteristics: it is the result of a project and is obtained simply by cutting a sheet of screen printed aluminium yet it is kinetic art whose form in space is not defined a priori. 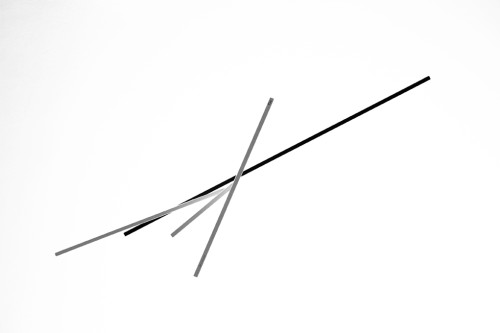 But its true essence is fully revealed in all its magnificence when it is installed. When properly lit, the machine is capable of defining a cinematographic space of intense gratification and is able to arouse emotions thanks to the balanced measurement of the composite characteristics of weightlessness, the freedom of motion of the elements, a luminous reflection, the creation of subtle images and the absolute uniqueness of its shapes. 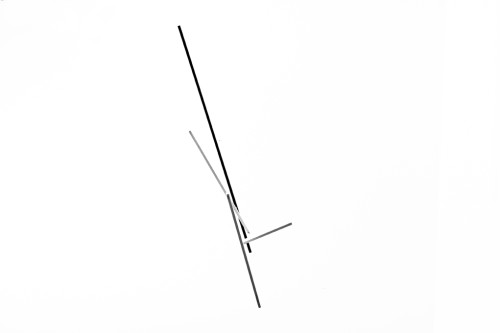 The City of Milan and the Museum of the 20th century are dedicating, starting from April the 3d, 2014, a retrospective to visionary and versatile artist Bruno Munari (1907-1998). Starting from the analysis of his series of Macchine Inutili/Useless Machines Luca Zaffarano reconstructs a full portrait of the artist that Arshake will be publishing on a weekly basis. The Useless Machines reconnect with the many aspects of the artist, illustrated by unpublished photographs by Pierangelo Parimbelli.