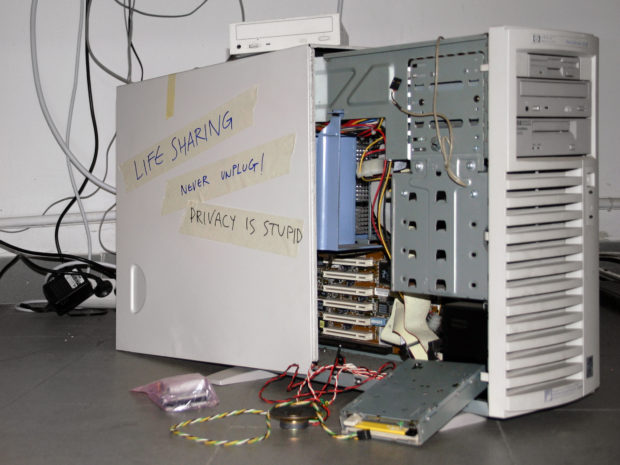 At the beginning of the year, Arshake published an article on “Net Art Anthology”, an online exhibition curated by Rhizome.org: an ambitious and celebratory project of Net Art works collected in one exceptional catalogue, the first of its kind. The aim? Researching the aesthetic canon, providing a historical perspective on this art form, and contributing to its conservation.

The exhibition, lasting two years, displays one work every week and its second and last part, “Chapter 2: 1999-2004”, is in fact about to end. 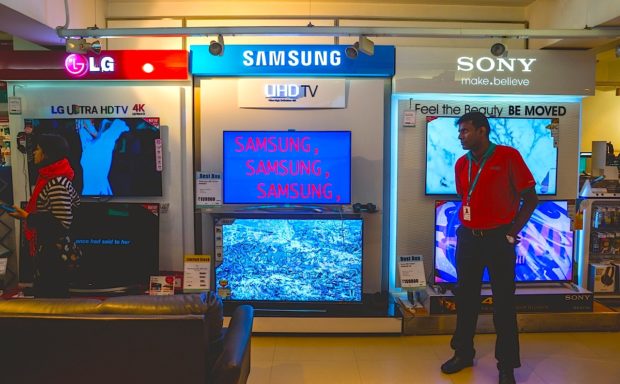 Among the contributors of this chapter the South Korean duo Young-Hae Chang Heavy Industries – with their work Samsung, which was revisited for this exhibition – could not be left out. Their unique style manages to merge poetry and visual language through the power of words. The text is projected on film to the rhythm of music, outlining the perspective of an anonymous individual on the value that the corporation has in his life. The very thought of Samsung is a source of enthusiasm and love, providing meaning to a life that is fundamentally empty and senseless. In 1999 YHCHI reflected on the wider concept of Capitalism, questioning the impact of technology on our everyday life. 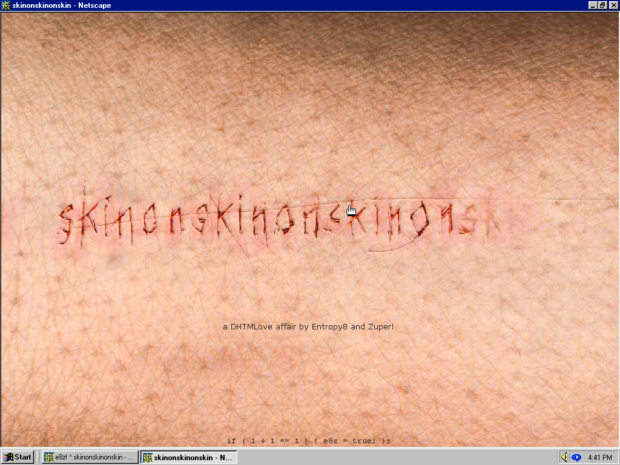 An important theme of Net Art is privacy. Skinonskinonskin, a work dating back to 1999, is the collection of the love and digital correspondence between Auruea Harvey and Michael Samyn. The two artists exchanged many emails containing not only text, but interactive web pages, audio and images. This intimate relationship was first sold and then made public by the two artists, which had by then established the collective Entropy8Zuper!

This was a new way of communicating. It also set out, in advance, the way in which interpersonal relationships would change with the emergence of a digital reality. The I-You relationship, which is filtered through communication technologies, is often a topic of debate. On social media the hedonistic exposure of the self takes over, inward modesty gives way to the outward display of feelings and the immediate mode of the short message prevents people from knowing the true meaning of things or, at times, mystifies it.

The web is a place where words can echo powerfully. It can set off violent reactions, spread information, erect altars and pillories, as well as create and destruct. Above all, the web is a place. 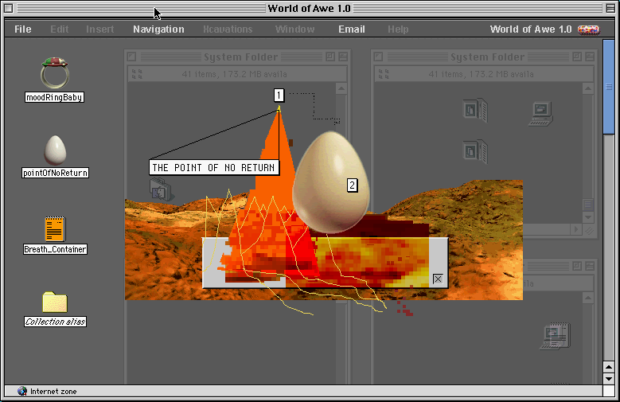 Yael Kanarek understood this in 2000 with World of Awe: the Traveler’s Journal (Chapter 1: Forever). In this work, an anonymous traveller finds himself suddenly sucked into a parallel world, Sunset/Sunrise, by a mysterious portal in New York. Web users can follow these events by exploring the unlucky traveller’s laptop, where reports, letters and files can be read. Kanarek recreated a virtual and desolate world, a desert that deliberately evokes that of digital culture, made accessible through a new desktop interface and the literary expedient of the travel diary. 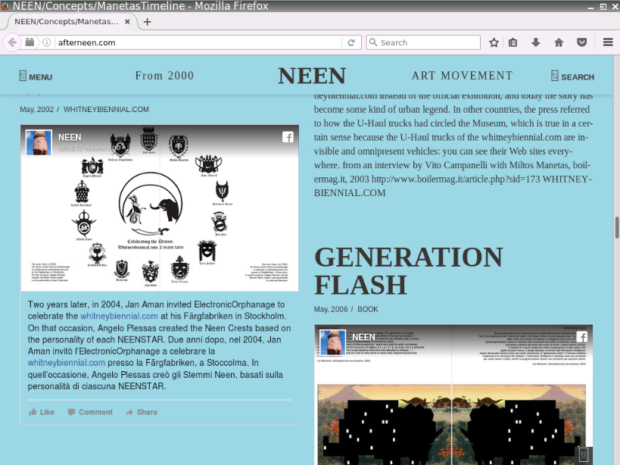 In 2000 Miltos Manetas founded the artistic movement Neen. At the time the artist was already known in official circles and, together with his then girlfriend Mai Ueda, decided to create an ‘environment’ for all artistic experiences connected to computer screens. Neen challenged the art market and Internet logic, while the Neensters artists were inserted within them. Domenico Quaranta claims: “Neen was born, and now exists, as a new name for the arts, chosen to describe what happens to art when it meets screens and enters the information age”. Neen is, therefore, what happens when this idea takes on, surpassing the web to become group, tendency, place and enterprise. 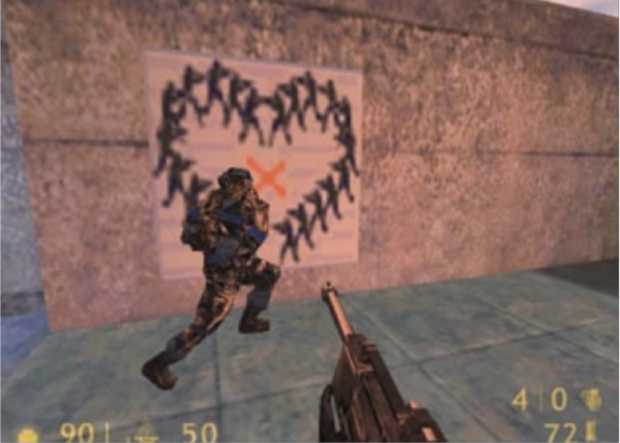 It would be impossible in a net art anthology not to mention political reflections (present in many artists’s work) and videogames. Velvet-Strike by Anne-Marie Schleiner, Joan Leandre and Brody Condon, was launched in 2002, following the attack on the Twin Towers, just before the invasion of Afghanistan and the beginning of the ‘War on Terror’. This is a version of the popular videogame Counter-Strike, in which a commando of soldiers is engaged to defeat terrorists in the Middle East. In Velvet-Strike, however, messages of peace, together with messages of protest against war and the politics of the moment constantly appear. “It was clear, to us anyway, that these [videogames] were propaganda spaces”, says Condon. The videogame also becomes a collaborative experience when players are called to create anti-military ‘sprays’.

“Net Art Anthology” will close in the next three weeks: the overall picture of these 20 years of artistic practices will shortly be complete. In the meantime, Rhizome.org must be credited for having given many the opportunity to frame a piece of social history and art, to look back and allow the past to continue asking the same questions.

Memory and Modernity of Computer Art in Italy