Nicolas Jaar is the second guest artist at Het HEM, invited to create a sound piece based on historical, sociological, archaeological and geographical data. A sound piece, therefore, that speaks of the place where it was created and literally through which it was created. The Hembrug site was used in the 19th century to manufacture arms and ammunition. Building 429, where Het HEM is situated, was commissioned by NATO in 1956 to produce 50 items of ammunition. The site was made public again in 2014. 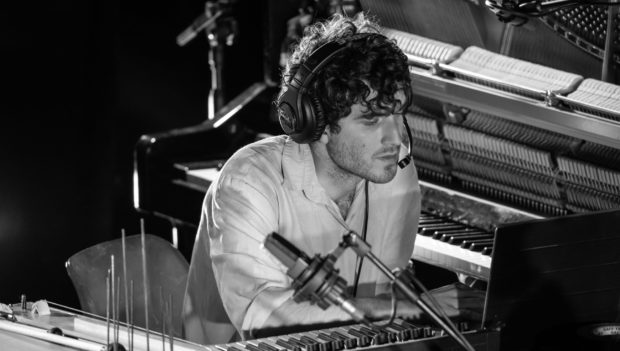 The great crisis of our age is the crisis of conscience; this is an established fact, reverberating from education to the state of the climate and whatever else is involved in building a contemporary world. Music is offered as a vehicle for knowledge. Using data recorded from Hembrug, where HEM is situated, Jaar creates a piece that corresponds to a new form of listening.

As claimed by HEM’s Director: “This Chapter takes this building and very literally uses it as a focus for experimentation and process, rather than outcome.”

While the research group will continuously develop new work during Jaar’s three month stay, Chapter 2WO will launch on September 20 with the opening of a new sound and light artwork by Jaar in the 200-meter long shooting range in the basement of Het HEM. Throughout the programme, results of the research will be presented as musical performances during Amsterdam Dance Event and Amsterdam Art Weekend, for which Jaar will also invite international musicians to perform.

Shock Forest Group (2019) is a research team consisting of architects, cartographers, linguists, coders, urban planners, sound makers, biologists, geneticists, graphic designers and engineers. It is an experiment in open research, where the research categories surface as the research develops. It is also an experiment in alternative education, a classroom without a teacher, where the learning emerges as the product of polyphony. One end goal of the Group is to create an ‘instrument of resonance’ which, when placed in a specific context, analyses and orders (or disorders) the local data (and non-data). The Shock Forest Group instrument of resonance might let out a scream (a sound), which could unveil the multiple layers of local violences and communicate these via sound, light and/or movement. Visit here Nicolas Jaar website to know more.

FRAME > The Next Rembrandt