Nil Yalter, the story of a life 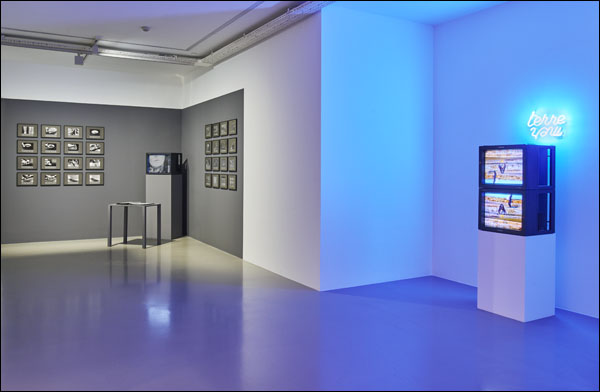 The ground and first floors of Istanbul’s Arter – Space for Art is the venue for a major exhibition curated by Eda Berkmen, which pays tribute to the pioneering work of Nil Yalter (born in Cairo, 1938; resident in Paris since 1965). Since the very early nineteen seventies Yalter has been breaking down the barriers between the various languages of art to create polyphonic and transcultural devices, interlacings and intersections which evolve into fusions, transfusions, sources both multi-ethnic and multicentric. Alongside the important retrospective at 49 Nord 6 Est – the Regional Contemporary Art Fund of Lorraine (05/02–05/06/2016) – Off The Record constitutes a further opportunity to examine the work of Nil Yalter, a focus that sheds light on her lively intellectual journey (after all, one of her extraordinary videos, La Femme sans Tête ou La Danse du Ventre (1974) has been in the Istanbul Modern collection since 2008), her sophisticated oeuvre which combines ethics and aesthetics, the political with the ontological, the phenomenological with the patosophical, hospitality with every kind of diversity, sociological knowledge with anthropology and ethnography, personal life with the weave of interpersonal relations. 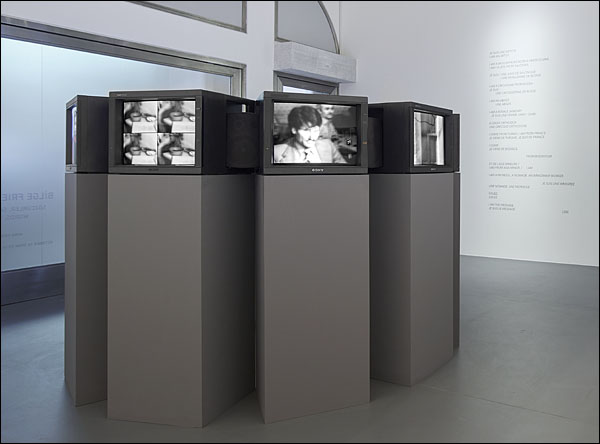 As the visitor enters the exhibition space, the first visual encounter is a structure consisting of ten monitors, which hijacks the gaze and immediately marks a territory of reflection that gets to grips with certain issues of relevance today, yesterday and tomorrow. Immigrants (1976-2016) is actually not only a work completed over four decades, but also a radical analysis of the uncertainties, preoccupations and disturbances of human culture and its history.

From video to painting, drawing to photography, collage to performance and installation, Yalter’s work evolves in a powerful mixing of mediums, a linguistic polyglotism which springs from a mongrel world, from a human condition in which man is not merely an ontic being, but a historical complex. 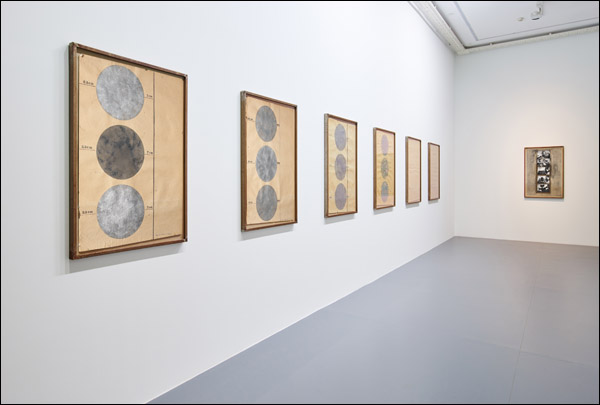 Still on the ground floor, a series of documents – the collective title of the works is Deniz Gezmiş (1972) – tells the moving story of several young Turkish revolutionaries who devoted their lives to the socialist cause (the best-known are Deniz Gezmiş, Yusuf Aslan and Huseyin Inan) and were hanged in Ankara on 6 May 1972. This is followed by Orient Express (1976), in which the journey becomes a place of experience, knowledge and discovery; the aesthetic reflection of Pixelismus (1996) and the video Shaman (1979), a video performance produced at the Museé de l’Homme in Paris. Among the works scattered on the upper floor – including, for instance, Temporary Dwellings (1974), Family Album (1977), Le Chevalier d’Éon (1978), Harem (1979-1980) and Exile in A Hard Job (1983) – La Roquette, Women’s Prison (1974) tells the story of Mimi, her totally institutionalised life, her thought and her journey. 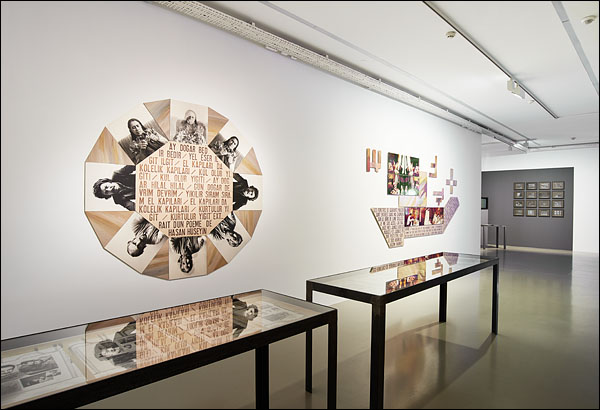 In the exhibition there’s one work, Circular Rituals (1992), which pierces the viewer’s gaze and reveals the artist’s elusive poetry. This is a dual-language text in French and English, telling the story of a voyage, a nomadism, an exile, a life lived studying the world in which people write their stories in the unforeseeable vision of a future yet to be made.

Here, there, and the in-between