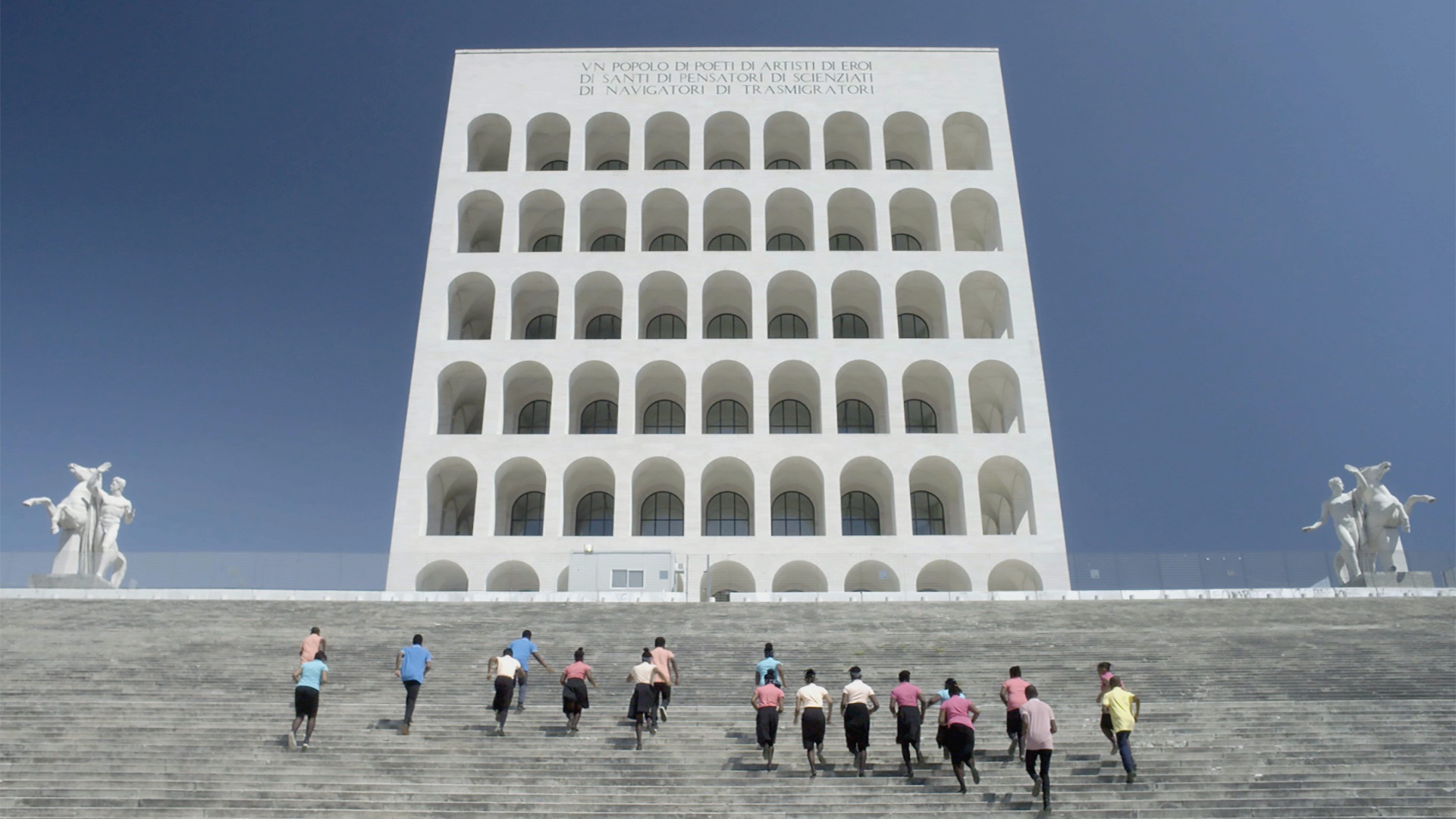 The video installation project FREEDOM OF MOVEMENT by the duo of artist-directors Nina Fischer & Maroan el Sani, recently presented at the MAXXI, uses archive material to enter the past, select it and elaborate it to bring it back to life in the present day. Thus the act of Abebe Bikila, who ran the 42km Rome marathon barefoot in 1962, returns to the city in contemporary guise to extend metaphorically to the globalised world, now the scene of vast migrant flows. “In this work” – the two artists affirm in a statement – “we analyse the complexity of the ideological, political and architectural implications of the image of Abebe Bikilia running from sixties Rome to the present”. 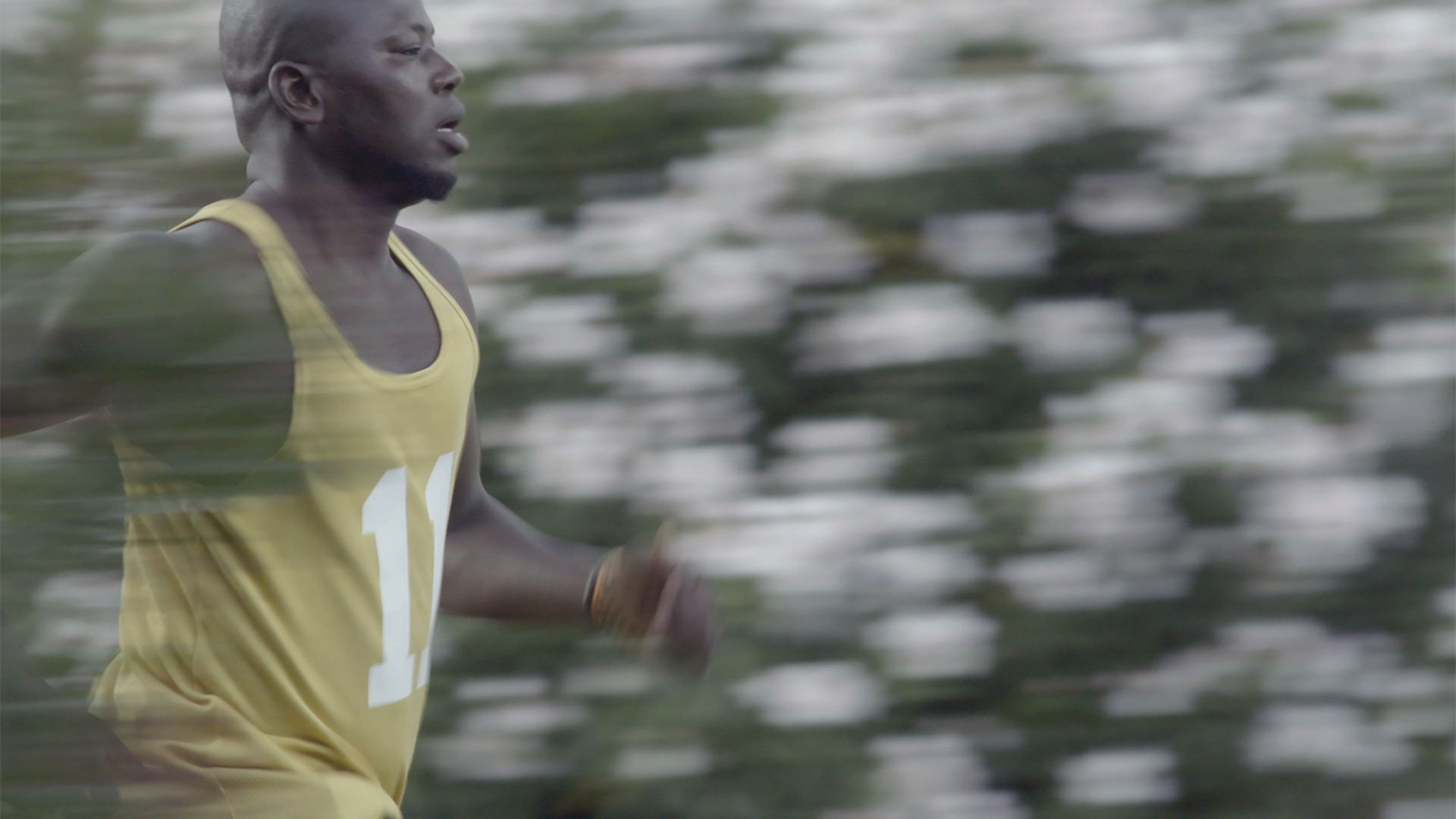 The three-channel installation places images of the runner, passing several Roman landmarks, alongside images of a choir of young African refugees moving through the entire Colosseo Quadrato building as they intone songs expressive of the condition of migrants and architectural language, in this instance the architecture of the EUR district, where the Colosseo Quadrato itself is located. 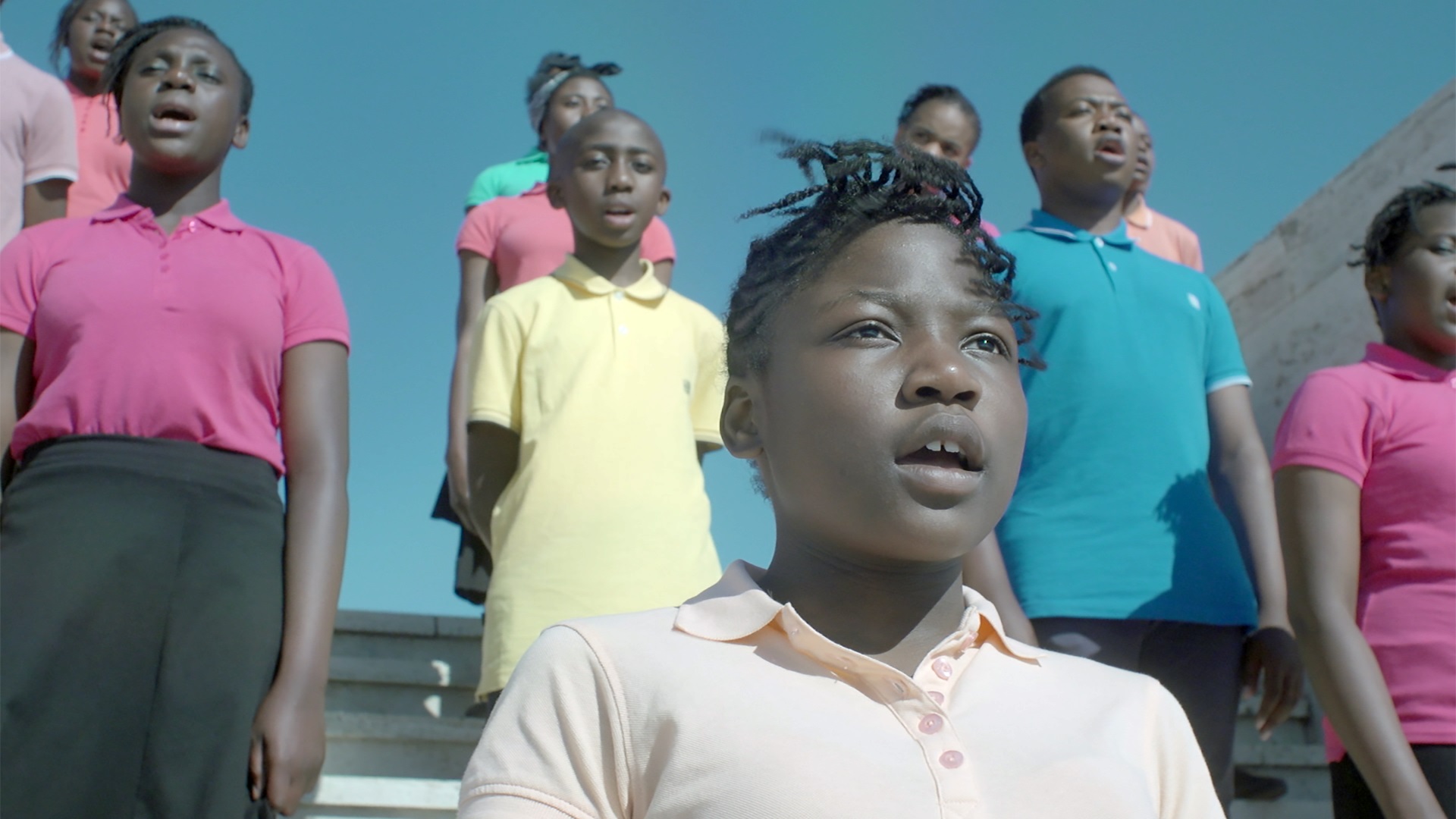 Freedom, revendication, resistance: written in the superhuman energy of Abebe Bikila’s barefoot run, these return in the bare feet of the young migrants in the video as they tour the Roman monument. This project’s radical interdisciplinary approach – like all Fischer and el Sani’s works – challenges the disciplinary categorisation by which every museum is obliged to label the works it hosts. Co-produced by the MAXXI, Freedom of Movement has just been bought by the Department of Architecture. Although today it is increasingly difficult to definitively classify various types of artwork into specific categories, it is nonetheless possible to allow one of the languages intertwined in a multimedia and multidisciplinary discourse to move towards centre stage in order to guide us in our reading of the work, which in this case unfolds to the rhythm of architecture and the territory it creates alongside the lives of its inhabitants. Video art, photography, installation and performance converge in a project which, like all the duo’s work, shifts between different spaces and times, thus serving an important purpose in terms of archive material and giving the archive a vital role, increasingly significant in an age fashioned by the pervasiveness of data.

Also in Rome this month, Fischer & el Sani’s work can be seen at the Marie-Laure Fleisch gallery in the form of the video Dynamis, commissioned in 2014 by the Thessaloniki Contemporary Art Centre, the setting for the collective performance staged in the video.