In the peculiar exhibition spaces of the publishing house Cura in Rome, Oliver Laric and David Horvitz show some of the works, part of their polyhedral research that moves inside-out the image between the physical and the virtual and through a plurality of media.

Combining an interest in archeology and artistic forms of the past with the potential of 3D scanning and printing, video images and the web, Oliver Laric produces works capable of making the digital sphere communicate with physical space, in an unceasing interweaving of perspectives and levels of reading. Whether it is his polyurethane sculptures or his videos based on the manipulation of found footage taken from mass communication channels, Laric reveals his interest in the migration of forms and images from different contexts, from a chronological, spatial or semiological point of view. What is analyzed is the path of production, consumption and use of the visual in the contemporary world, which unfolds between the ideas of uniqueness and reproducibility, of authorship and anonymity, of physicality and intangibility. 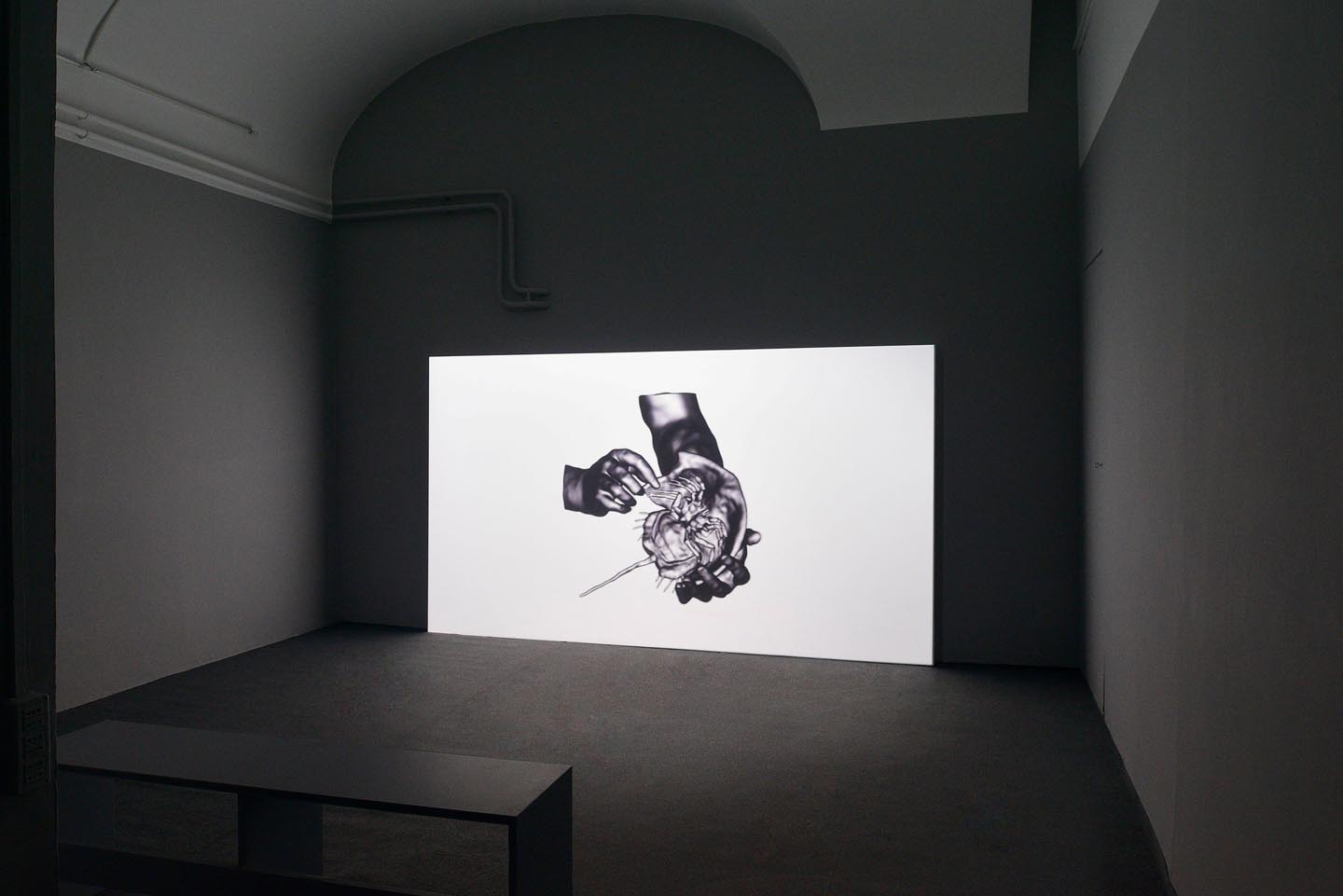 In Laric’s latest video production, Untitled (2021), in an infinite digital metamorphosis the organic transition from one form to another is investigated. A liquid organicity inhabits the video in a sort of primordial soup that crosses the spatiotemporal dimension to materialize in unique forms, in an incessant dialogue between nature and artifice, between real data and the surreal. “Rendered in a dimpled, luminous grey, the animated figures in Oliver Laric’s video,” – as Carson Chan argues – “appear as if captured by a scanning electron microscope, or made of hammered tin. 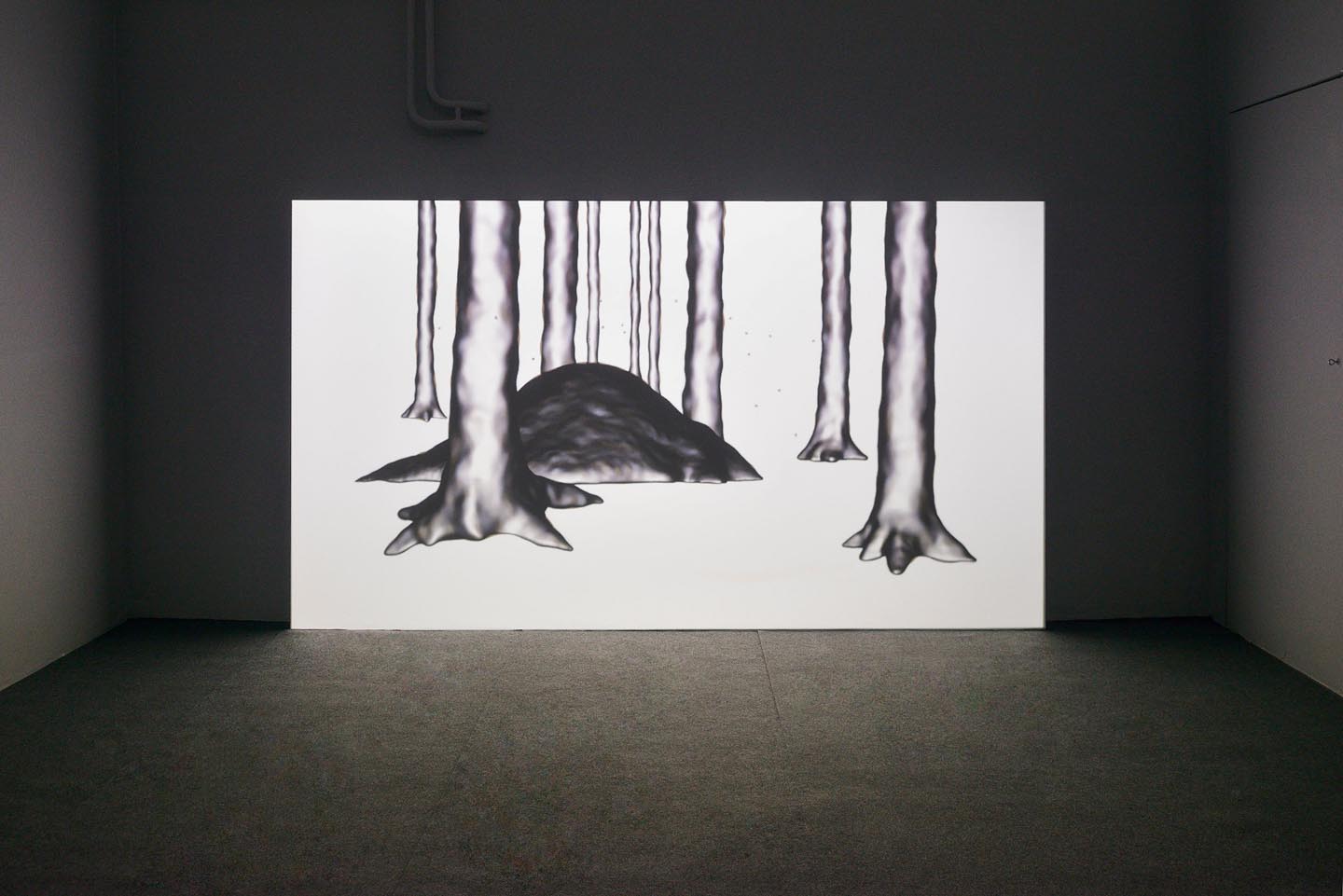 Sharp, rhythmic cuts bring us from one tableau to the next. A praying mantis turns its head; a crab moves across the screen; flies, worms, and eukaryote-like critters swarm; a sea urchin, lobster, and horseshoe crab are held up as if by a vendor at a seafood market; an assortment of fungi fruit from various surfaces. Everything moves with a vibrant jerkiness as in stop-motion animations or time-lapse videos. There’s a sense that we’re seeing something come into being. A lumpy mass grows a head and limbs to become a man in repose. A snout protrudes from a shapeless lump to become a frog. A figure evolves from an embryonic mass. Topologically, the sea creatures, insects, humans, and fungi are all bags or vessels—wireframe nets molded into life forms.” 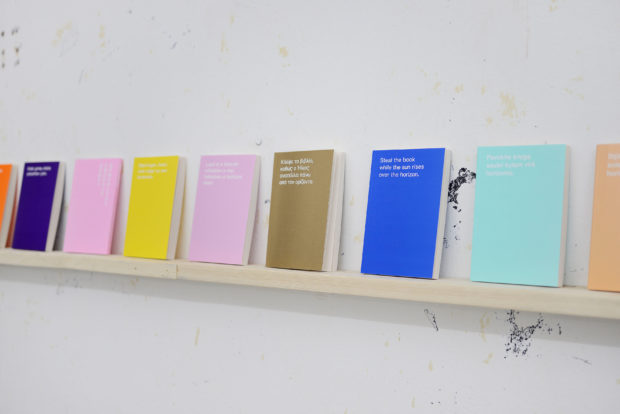 David Horvitz, How to Shoplift Books, display e performance, 2021
David Horvitz’s artistic actions exploit the specificity of different means of communication, information channels and relational contexts, highlighting their inherent contradictions and unprecedented potential. Presented across a variety of media, from mail art to performance, from photography to installation to incursions on the web, his works are based on the idea of movement, distance and migration. Horvitz’s aim is to connect different spheres: the virtual and the real, the private and the public, the near and the distant, the past and the future, the subject and the other. Space and time expand in multiple dimensions, showing the mesh of their relativity, rebelling against standardized measurement systems to reveal new possibilities of experience. 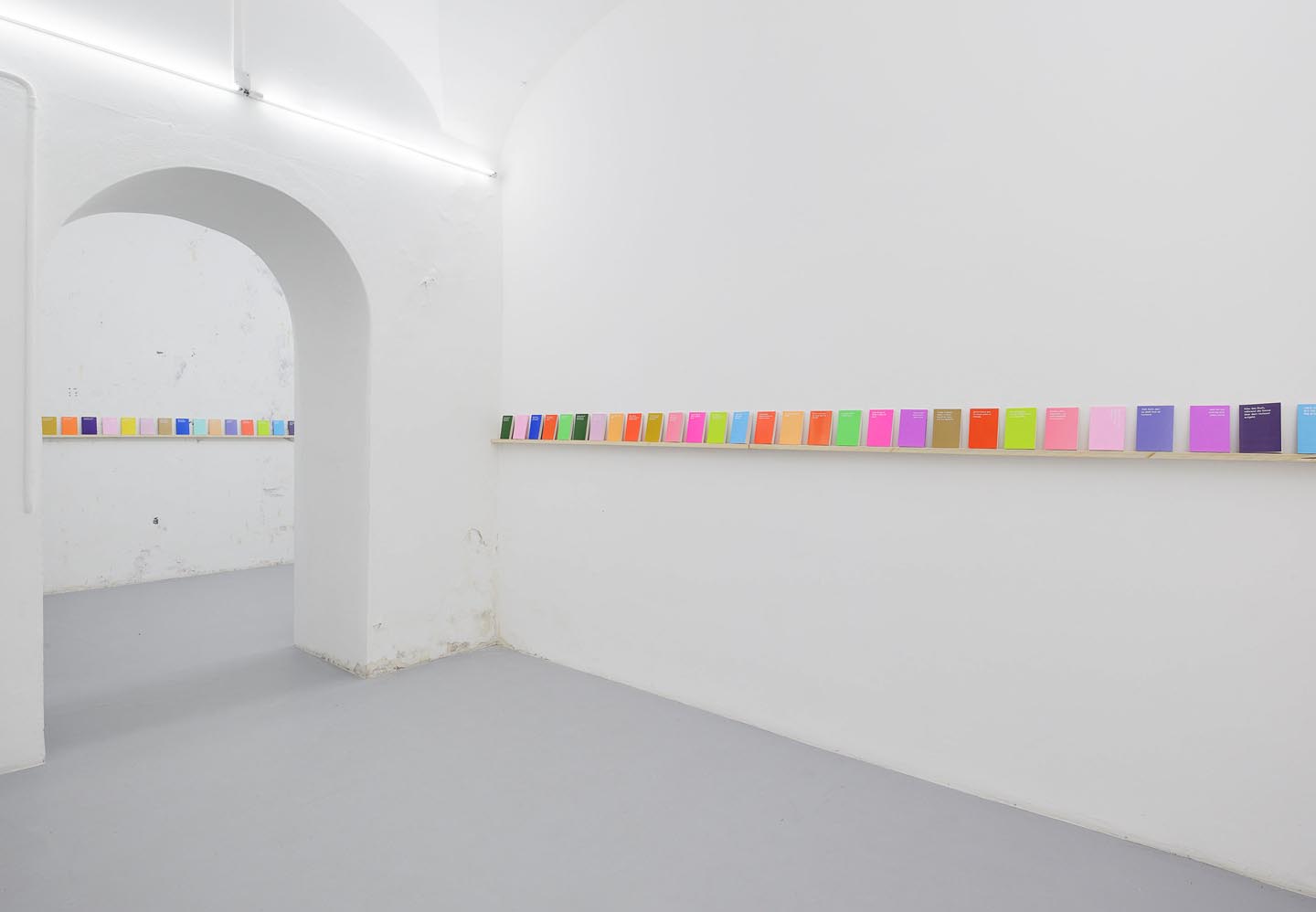 Published in 37 languages so far, the artist’s iconic book How to Shoplift Books is a guide to 80 ways in which one can steal a book, and it was published for the first time in Serbian (both Cyrillic and Latin editions), for the occasion of the 58th October Salon. The publication was also accompanied by an improvised choral reading of the book in all the different languages in a Babel of voices, idioms, cultures. The ongoing translation of the book in many different languages is intended by the artist as “a cultural translation, in which I make references to local customs, folklore, cuisine, habits, holidays, superstitions…”. The performance  was re- activated in Rome on this occasion, thanks to the collaboration with the foreign Academies, to which the artist sent an invitation letter.