What are the signs left by absence?

What remains is only a great darkness, the sign of absence: shadow, void, memory of the past and the strength to speak out.

Everything that surrounds us, and especially its lack.

If a performance without spectators is really possible, there should not be any actors either. An awareness of individual responsibility emerges that works because it is up to the public to make it work: Orestes gives the people the world’s first democracy.

We are asked to stand up, stamp our feet loudly, dance for fifteen seconds and then remain motionless. We are asked to perform, to subvert our role. This is when I stand up, urged on by the person sitting next to me. A narrator’s voice whispers gently in my ear, directing first my movements and, only after that, my words. The headphones from which this sweet voice came – Yup’s voice – were terribly isolating, accentuating my sense of exclusion from the real world. 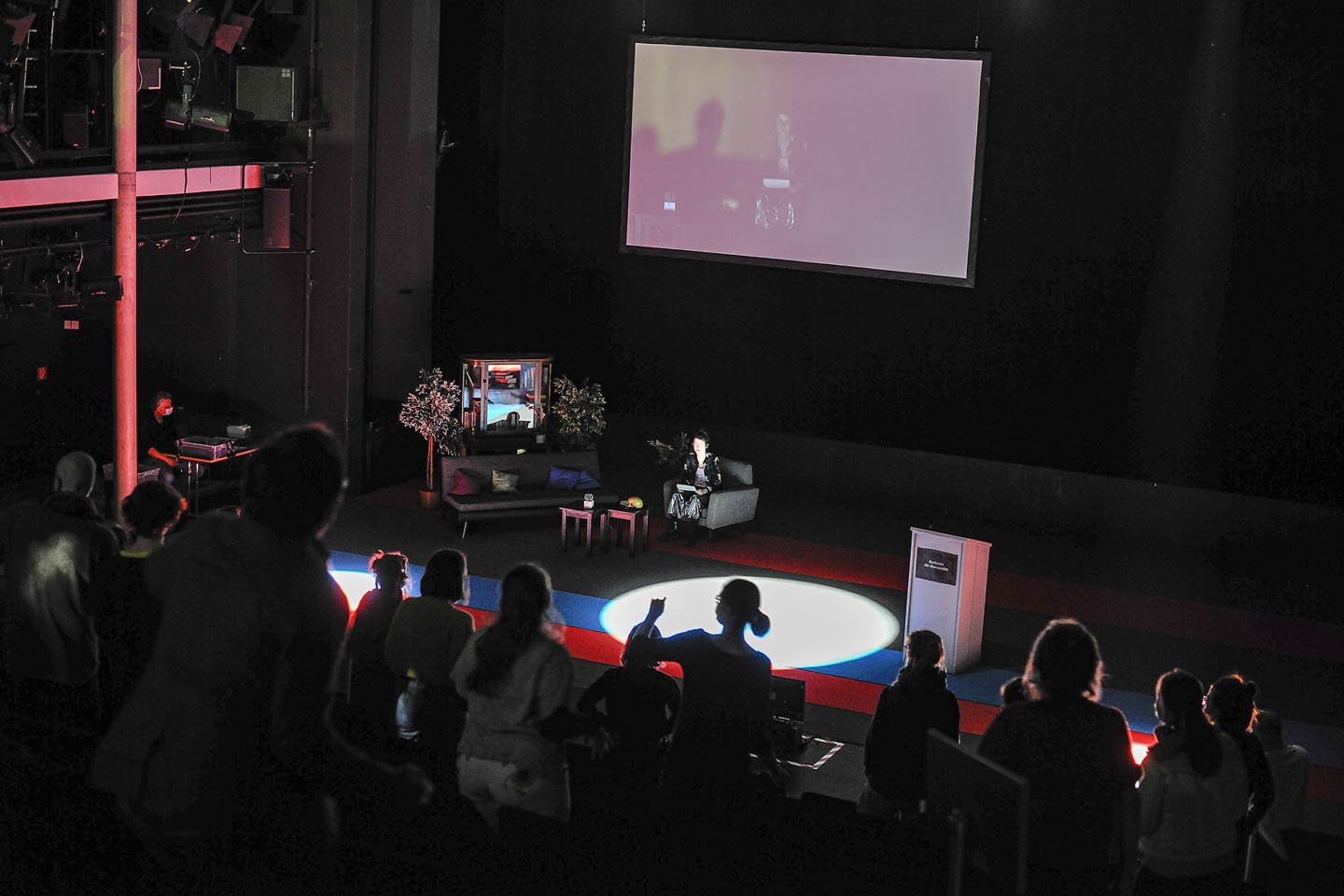 I find myself nervously following a white line that culminates in a raised platform. At first I do not understand. I get the position wrong. I mime the words without being able to focus on the meaning for very long. Sounds pierce my eardrums and come out of my mouth in another form. A transition to something else takes place, which is a prerequisite for any kind of change.

Suddenly there is nothing around me anymore. All the lights go out except one. It is a spotlight pointed violently at my face, perhaps representing the only moment of total darkness in the show. I can still move my eyes but it does not seem to matter. I am immersed in what José Saramago would have called a sea of milk, with the only difference being that it is pitch black. 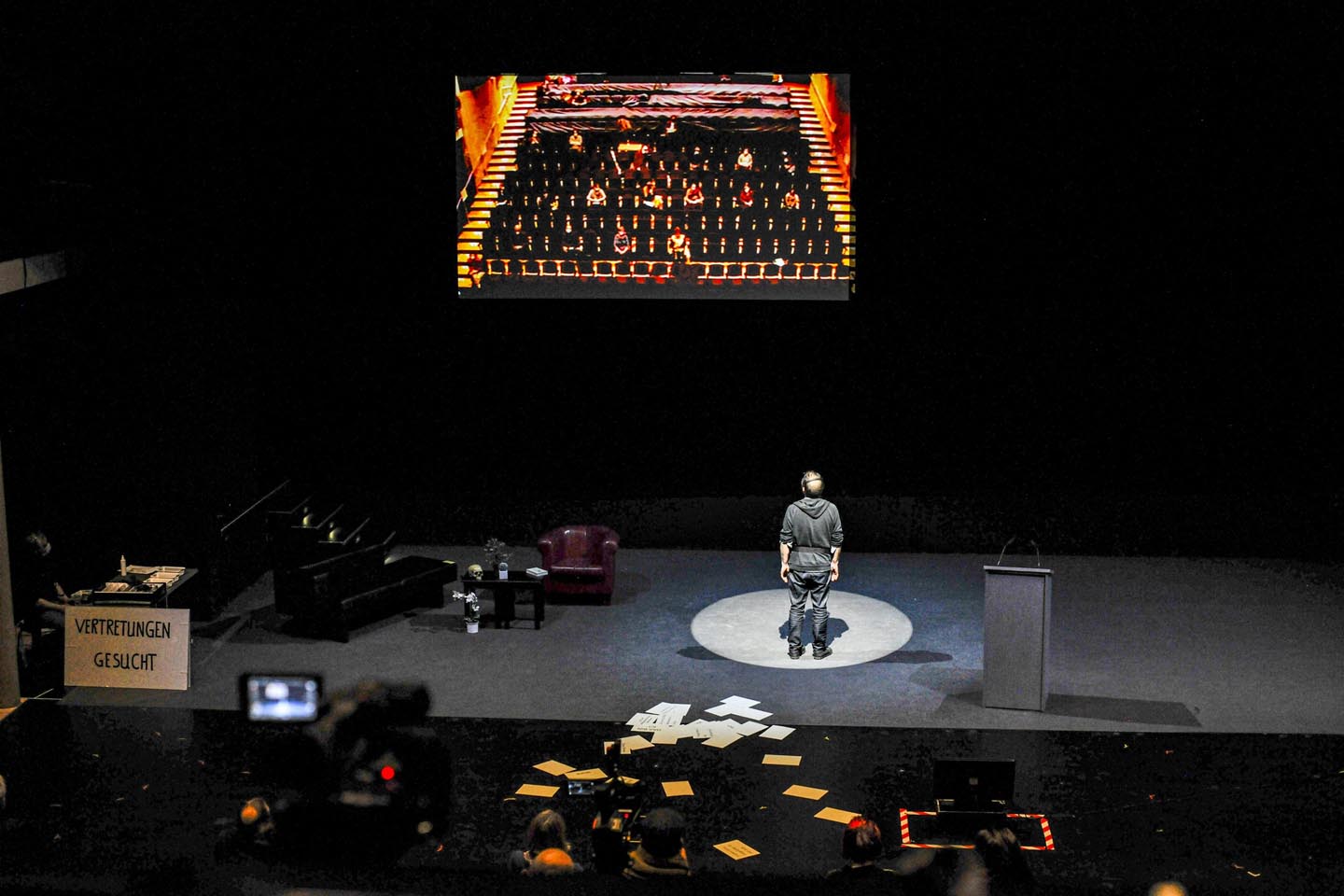 I roll my eyes and separate myself from the visible. I am blind while, at the same time, watching the spectators disappear. I think they do not exist if I cannot see them. I try to look further but there seems to be no one there.

Even I am not present. I am someone else. I am a comet, embracing the incalculable chaos of an imploding world.

Text and video of this article were realised on occasion of La Conferenza degli Assenti by Rimini Protokoll on November 2, 2021, within within Romaeuropa Festival 2021 as part of  AUDIENCE ON STAGE, fourth edition of BACKSTAGE / ONSTAGE ‘, a multimedia editorial project realised in a partnership  between the Rome Fine Art Academy, Romaeuropa Festival and Arshake.