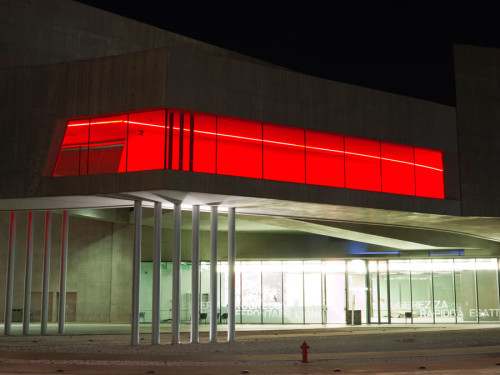 In August 2013, at the MoMA we visited an exhibition wholly devoted to sound («Soundings. A Contemporary Score»). It was an important step of the more and more reinvigorating use of sound in the fine arts as part of an inquiry exploring the meanders of perception and of the synesthetic powers of the senses, and their impact on vision.

It is the sound to become complicit to Open Museum Open City presented at the MAXXI Museum in Rome as an exhibition, a festival, a radical and revolutionary operation. Its art director and curator, Houn Hanru, has emptied the museum and opened it to the most ephemeral form of art experimentation. On the top of that, for six-weeks and with no interruption, performances, screenings, talks, have been organized around site-specific sound-installations by Justin Bennet, Cevdet Erek, Lara Favaretto, Francesco Fonassi, Bill Fontana, Jean-Baptiste Ganne, Ryoji Ikeda, Haroon Mirza, Philippe Rahm, and RAM-Radioartemobile. Hanru has then made a political choice aimed at a redefinition of the museum space opened to the urban dimension, to experimentation, to the intersection of disciplines, to the general public – and to everything that, in a city like Rome, has endured the burden of its history. 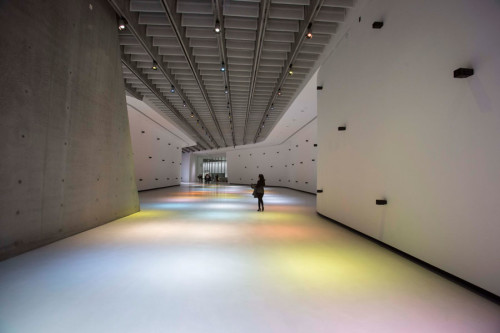 Thus, art revisits the present through emotion and perception. The origin of the world in A [4ch version] by Ryoji Ikeda  is revived in the intonation of the note «A», the reference point for pitch in Western music. Francesco Fonassi explores the new balance (or the lack thereof) between man, technology, and nature (Territoriale, 2014). 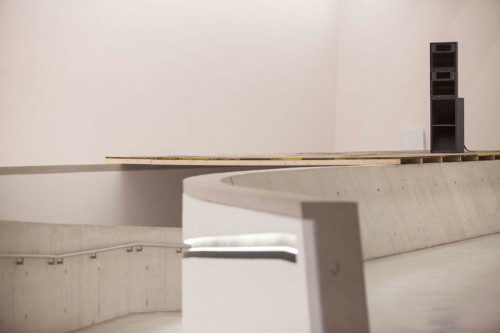 The urban space and the relation and displacement between exterior and interior is brought in the museum by the interventions of Justin Bennet, Haroon Mirza (External Binaural Envelope, 2014), and Bill Fontana (Sonic Mappings, 2014). Reproducing the sound of the flowing waters of Rome’s Acquedotto Vergine, Fontana introduces in the show a piece of historical memory. With Philippe Ram sounds become matter to be-shaped architectonically. For his installation at the MAXXI, Ram borrows from Claude Debussy, assembling and disassembling one of his pieces, and breaking it down in audio-visual unities dialoguing with the surrounding space. 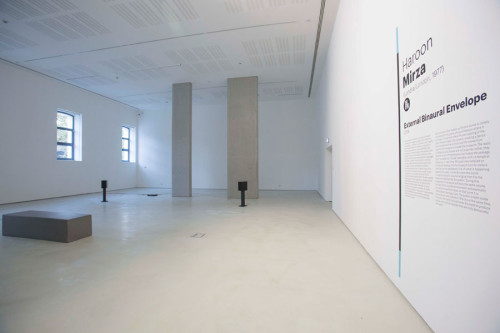 A metaphor for a life that welcomes dreams, utopias, and fighting for one’s ideals, emerges for Cervantes’ Don Quixote that Jean-Baptiste Ganne (El Ingenioso hidalgo Don Quijote de la Mancha, 2005-2014) has translated into Morse code turned into a lit installation also visible from outside the museum. A dedicated section in the Archives of Architecture, curated by MAXXI Architettura and Tempo Reale collects in a music store the thoughts, the ideas, and the reflections of some of the most acclaimed protagonists of the last fifty years of architecture.

But sound also runs along the Web within and without the museum with RAM-radioartemobile, a Roman institution that has long been exploring sound as a form of artistic expression: RAM takes part to the show featuring the installation by H.H.LIM, designed to broadcast musical contributions of the artists, of the public, and some archival material in the Web as well as in the museum. Then, we move up to the museum’s highest exhibition venue, where Justin Bennet’s oracle (Hyper- Forum, 2014) foresees our future. 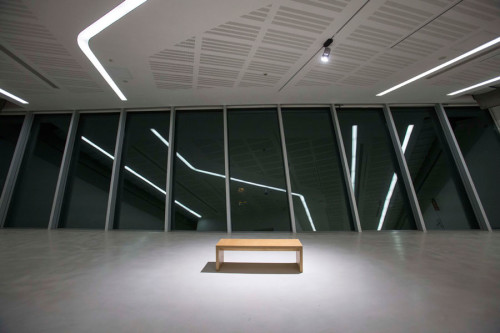 Hou Hanrou strived to demonstrate how the MAXXI can be faithful to the mission of being a contemporary art museum open to any of the current forms of creations and typologies of public, and to present itself as «a place for debate, creativity, imagination, and exchange of ideas, like a new ‘Roman Forum’ and an innovative model of community». This kind of artistic gestures has by no means an easy impact on the general public. Certainly, traditional forms of art that we today admire met quite some resistance among its contemporaries on the first place. Novelty can be disconcerting, and this can be said to be true in the Humanities as well as in Science.

It would be difficult to list all the different events and artists featured in this show organized in Festival-like format.  But it is certainly worthy to take a look at them in the museum’s website to have an idea of contemporary art multi-disciplinary dimension that finally crosses the threshold of the museum and embraces the core of the exhibition, a core that is as «ephemeral» as «solid», with which the Museum offered itself to the city in a risky and progressive gesture.