The French Academy in Rome at Villa Medici launches the «Festival de Lumières», a new format for temporary installations, with the exhibition «Ouvert la unit», curated by Chiara Parisi. This initiative is the material result of Muriel Mayette – Holtz’s long-standing interest in light as creative matter, ever since her appointment as Director of the French Academy. 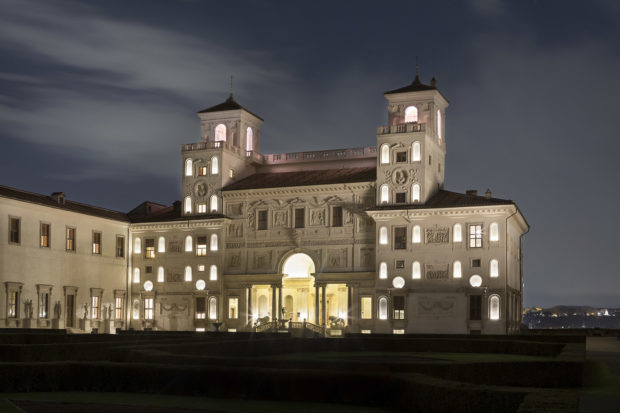 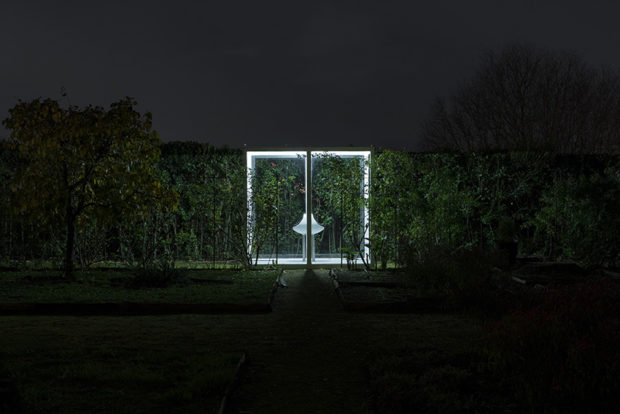 A plant maze structure, made with hedges, takes shape in the garden. According to the curator, Chiara Parisi, «the idea is to use the grand stage that Villa Medici represents in the city’s imagination, but also plays with the immateriality of light and the richness of darkness.» The title «Ouvert la nuit» is a reference to the collection of short stories by Paul Morand, where each story is set in a different location at night.

The installations consist of a sensory journey created by Christian Boltanski and the light designer Jean Kalman, garlands of lights by Felix Gonzáles – Torrez, a cinematographic piece by Rosa Barba and her poetry of light, together with a luminous sculpture by Joan Jonas evoking the fragility of nature. There are also the ironic contributions by the duo Elmgreen & Dragset and the project which ‘listens to’ light by Nina Canell and Robin Watkins. The Taiwanese artist Lee Mingwei also presents a sound landscape, giving the impression that the insects from the island he grew up on can be heard. 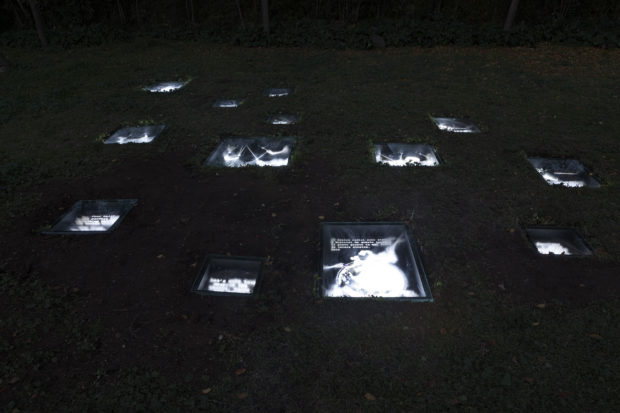 On the statue of the Goddess of Rome, the deceased artist François Morellet has reconstructed his idea of a union between order and disorder, which acquires particular force in the geometric layout of the gardens. The itinerary continues with the poetry sculptures by Hassan Khan followed by the archeological site by Octobong Nkanga, consisting of lighted glass attached to the ground where the artist’s poems and speeches can be read.

The contribution by Maurizio Cattelan advertises the purchase of a scarf on which there is an image of Villa Medici, re-enacting a football ritual, whereas Jimmi Durham celebrates the light festival with a ceremonial fire of aromatic wood. 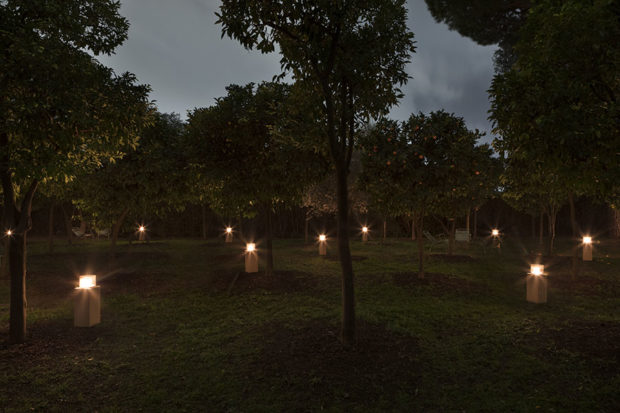 This light exhibition is open to visitors during the weekend’s evenings, ending on 28 January, enhancing its location and introducing a heterogeneous group of established artists in the international art world. It represents a hymn to light, but also a magic spectacle of shadow and darkness.