The choreographers and dancers Giulio Petrucci and Jari Boldrini will present Pas de deux, their absolute debut on Sunday 30 October as part of the prestigious Romaeuropa Festival (in the spaces of La Pelanda, at the Mattatoio in Rome) at the end of an articulated journey that has placed them in dialogue with authoritative realities of the national performing and choreographic arts.

“The attraction for the imagery of the pas de deux,” explain Petrucci and Boltrini, “accompanies the exploration of a scenic system that, in the history of ballet, has highlighted the profound value of the bond and relationship. Taking its cue from the essential aspects of the pas de deux, our performance develops a choreographic language that, thanks to movement, opens up the possibility of releasing emotional states through intentions, dynamics and spatial interlocking”.

We asked them a few questions to find out more about the birth of the collective, the performance, how the project evolved following the pandemic, and some anticipations about the show. 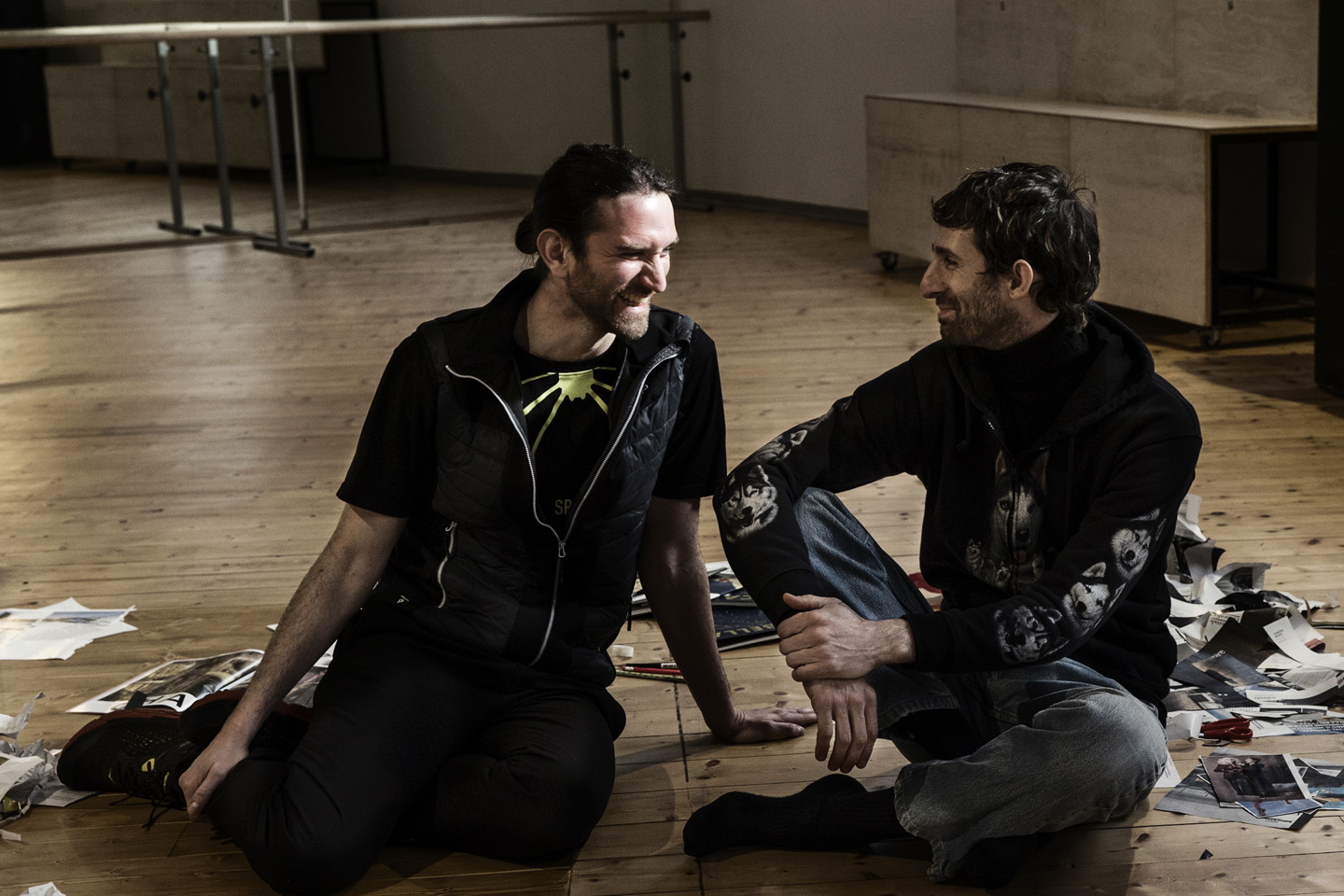 Elena Giulia Rossi: Can you talk about the genesis of the collective C.G.J. Collettivo Giulio e Jari?

Giulio Petrucci e Jari Boldrini: The collective was born after a series of experiences that stimulated a common creative thought. We can define, ours, a synergic relationship that over time has been nourished by the encounter as an investigative tool to guide human and professional choices.
After various work experiences as performers, with authors Fabrizio Favale, Cristina K. Rizzo, Virgilio Sieni and Stefano Questorio, we decided to give life in 2018 to C.G.J. Collettivo Giulio e Jari.
The idea stems from the desire to generate a path of choreographic research, a creative engine of our own that identifies in exchange and comparison a fertile ground to originate new reflections and visions.
We are supported by two different realities, Simona Bertozzi’s Nexus Factory and Anghiari Dance Hub.
Together we have marked several milestones that have contributed to our growth, both as young authors and as people.
In 2020 we were awarded the Danza&Danza prize as emerging performers, and in 2021, thanks to ResiDanceXL, we embarked on the new creation Pas de deux, which won the production support of DNAppunti coreografici.
We see these achievements as great possibilities, allowing us to investigate different concepts and ideas while continuing to stimulate our own thinking. 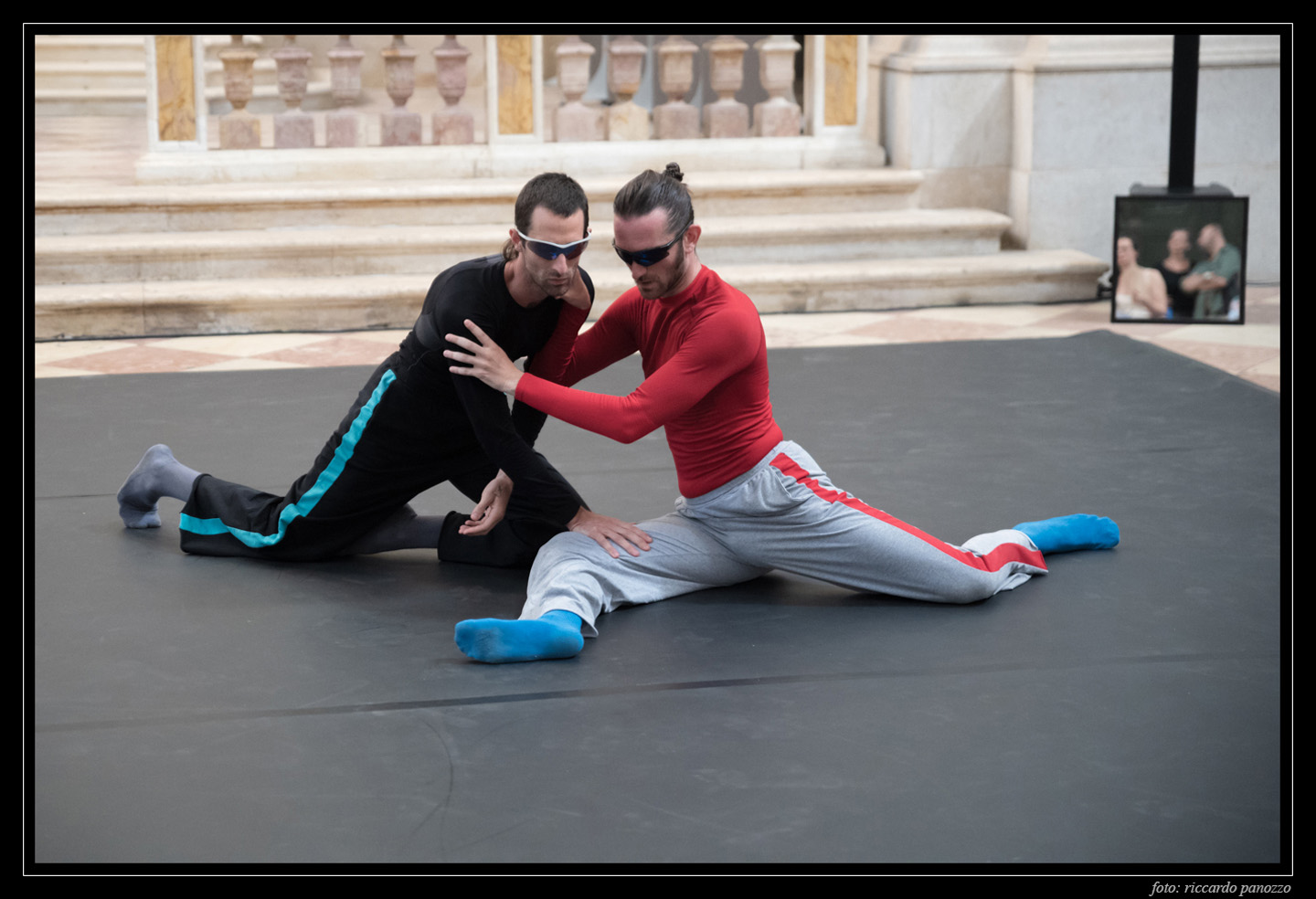 Your language is based on relationships. Towards what linguistic, choreographic and scenic changes (if any) have the drastic relational transformations dictated by the last few pandemic years led?

With the resumption of all activities, we have placed even greater value on relationships and relations. Relationships understood as sources of stimuli that give rise to and trigger new discoveries, both on a creative and human level.

For us, change is understood as openness, a letting oneself be crossed by relationships that becomes a practice for analysing and observing, from ever different perspectives, the creative journey, and constitutes an inexhaustible source of stimuli, expressions, forms and dynamics.

These concepts have led us to reflect on the importance of relationships, understood as essential elements that animate a research process from within.

What has changed for us is the way of approaching the work: a different exchange, a community track that opens up many more visions and paths to follow. 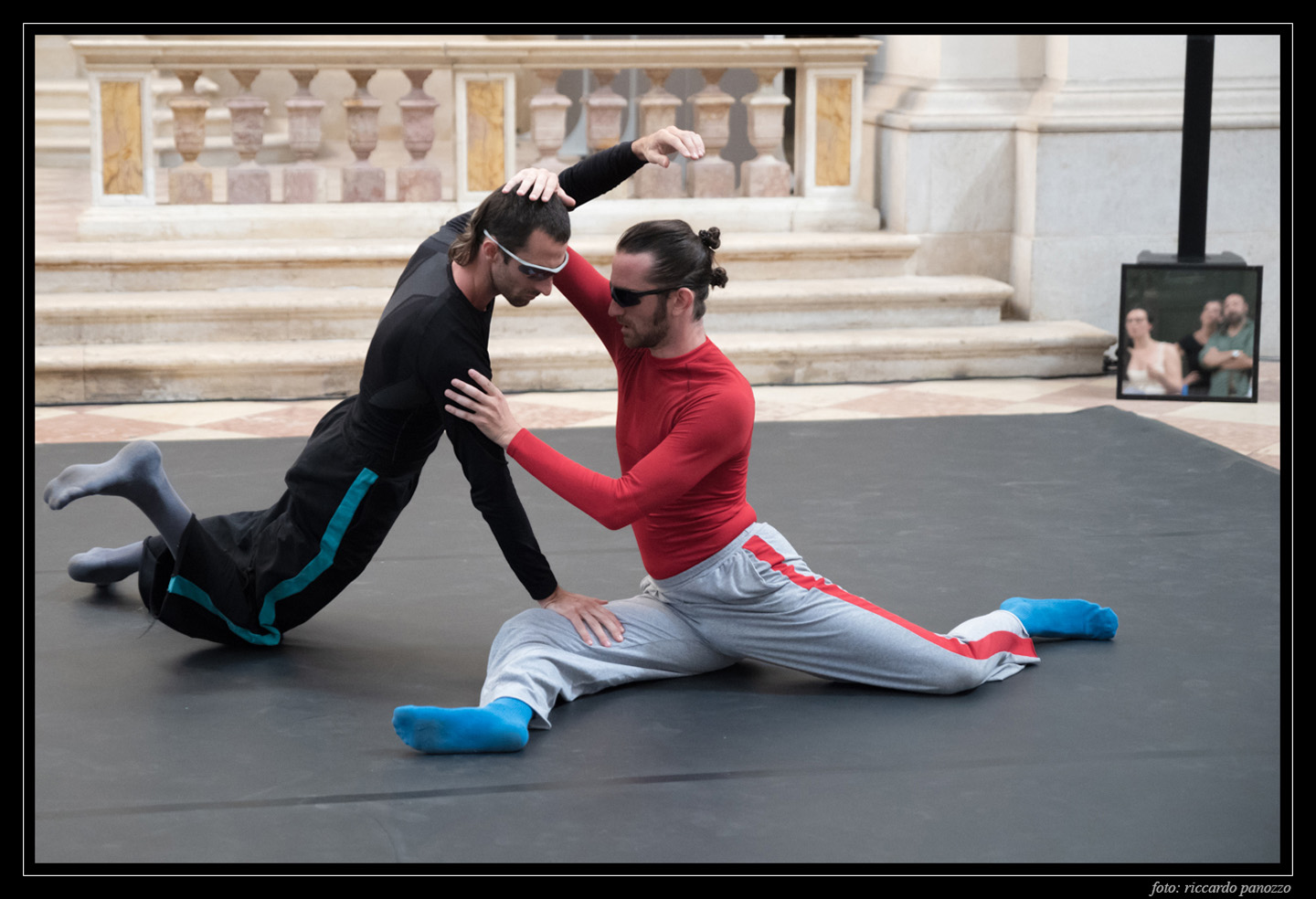 Can you anticipate something of the upcoming performance we are going to see at the REF on 30 October?

What we feel like sharing, at the end of a fortunate and long period of research, is condensed into the desire to convey a timeless imagery through the elements that make up Pas de deux.

An opportunity that allowed us to investigate movement, which becomes a virtuous archive of actions and climaxes capable of opening up narrative glimpses without ever defining a concrete.

Thanks also to the support of all the realities and people who have contributed to the realisation of Pas de deux, we have finally reached the debut: the show will be premiered on Sunday 30 October as part of the Romaeuropa Festival, one of the most famous performing arts festivals in Italy and beyond.

After this first stage, which will take place in the spaces of La Pelanda at the Mattatoio in Rome, we will present Pas de deux again in 2023 at the FOG Triennale Milano Performing Arts Festival and Gender Bender in Bologna.