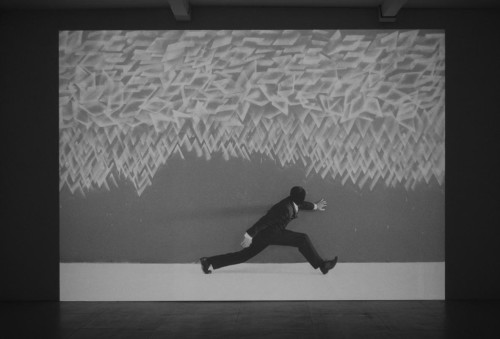 «Passo a due. Le avanguardie del movimento (Pas de deux. The avant-garde of motion)» is the title of an exhibition presented at the MAN art gallery in Nuoro which is the result of a collaboration between the museum’s director Lorenzo Giusti and Elena Volpato, head of the visual arts section at Turin’s Museum of Modern Art . The goal is to explore the different ways in which artists from different backgrounds and throughout time have employed image in motion through sketches, photographs and drawings.

Works on display were selected to tell of image in motion by reconstructing its historic path. In fact, that which now apparently seems to be an easily acquired product – especially when we consider the great potential of modern technology – has a long and fascinating history made up of experiments and inspiration.

The exhibit begins with a drawn line that composes the characters from Émile Cohl’s Fantasmagorie (1908), the oldest work on display. There is also Lifelines (1960) by Ed Emschwiller, a continuous white line that tangles into knots of material which gradually transforms into ornaments on the body of a dancer. The magic begins to be perceived as such with Head by George Griffin (1975), where we observe a lifeless self-portrait that slowly – after a flash of expressiveness –  blossoms into a broad range of emotions, as if it were a kind of artist’s studio that takes into consideration the entire scope of possible facial expressions in a single animated sequence. 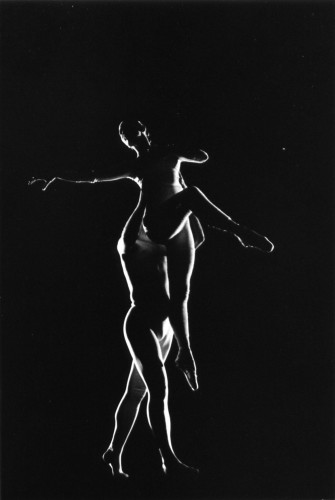 Animation does not only involve drawings. Other forms of artistic expression like sculpture are also exhibited. Jan Švankmejer is the creator of Darkness/Light/Darkness (1990), a video that shows two plasticine hands searching for one another and then work together to build an entire body, uniting the various elements that then enter the room where the scene takes place. The idea of creation, development and progress is also found in other works on display, conceived not only upon the concept of humanity but also through the observation of new technology that accompanies us during our daily lives.

The exhibit proceeds with new techniques used by contemporary artists that are often used to address social issues. Emblematic works by William Kentridge whose «pain of the people is emphasized by traces of black dirt left upon the white pages of history, in contrast with the bodies moist with the light blue water of the rich and ruthless magnates» (quoted from a press release). Just as explicit are the silhouettes of 8 Possible Beginnings or: The creation of African-American (2005) by Kara Walker, an artist who explores and interprets such thorny themes as the pain of the African people, women in particular, tortured and raped by colonial ferocity. 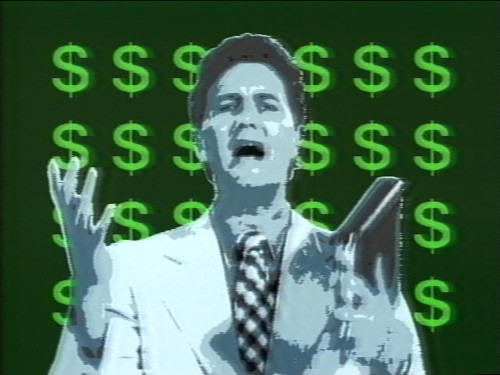 Lastly, we return to humans in motion and the body captures our attention here as well, showing – after the bloodiness of a clash – the beauty that can be produced by the harmonious action of dance. There are several featured artists who worked with this theme. One of the many was Norman Mc Laren with his Pas de deux (1968) that looks like it is coming alive in a fantastic space, suspended between the dream and real world. The exhibit closes with works by such artists as Claus Holtz & Harmut Lerch: Portrait Kopf 2 (1980)   «whose animation of overlapping faces and heads leads us back (wards) to a view that is opposed to that of Lombroso, to the origins of human features» (quoted from a press release).

Call for artists > MADE IN MIND